100 years since the discovery of King Tut’s tomb

“This was an amazing discovery on so many levels,” said Peter Der Manuelian, an Egyptology professor at Harvard University and author of the book “Walking Among Pharaohs.”

Tourists stand in front of a giant banner showing the golden mask of King Tutankhamun at Luxor temple in Luxor, Egypt, Nov. 4, 2022.

Nov. 4 marked 100 years since the discovery of King Tutankhamun's tomb in Egypt. The discovery is credited to British archeologist Howard Carter and his workers who came across it.

Weeks after finding it, Carter peered in to find it full of treasures. News reports went out across the globe. The world had been riveted by tomb robberies, destruction and the ravages of more than three millennia. So, finding a tomb undisturbed was a rare occurrence.

“This was an amazing discovery on so many levels,” said Peter Der Manuelian, an Egyptology professor at Harvard University and author of the book “Walking Among Pharaohs.” Manuelian said there were about 6,000 objects found and that it was very unusual to see the tomb so intact from any period in ancient Egypt.

“That set the world on fire, archaeologically speaking. And then it's also a fantastic discovery for the modern Egyptian history going on in the early 20th century. A whole different chapter in Tutankhamun's life,” he told The World. 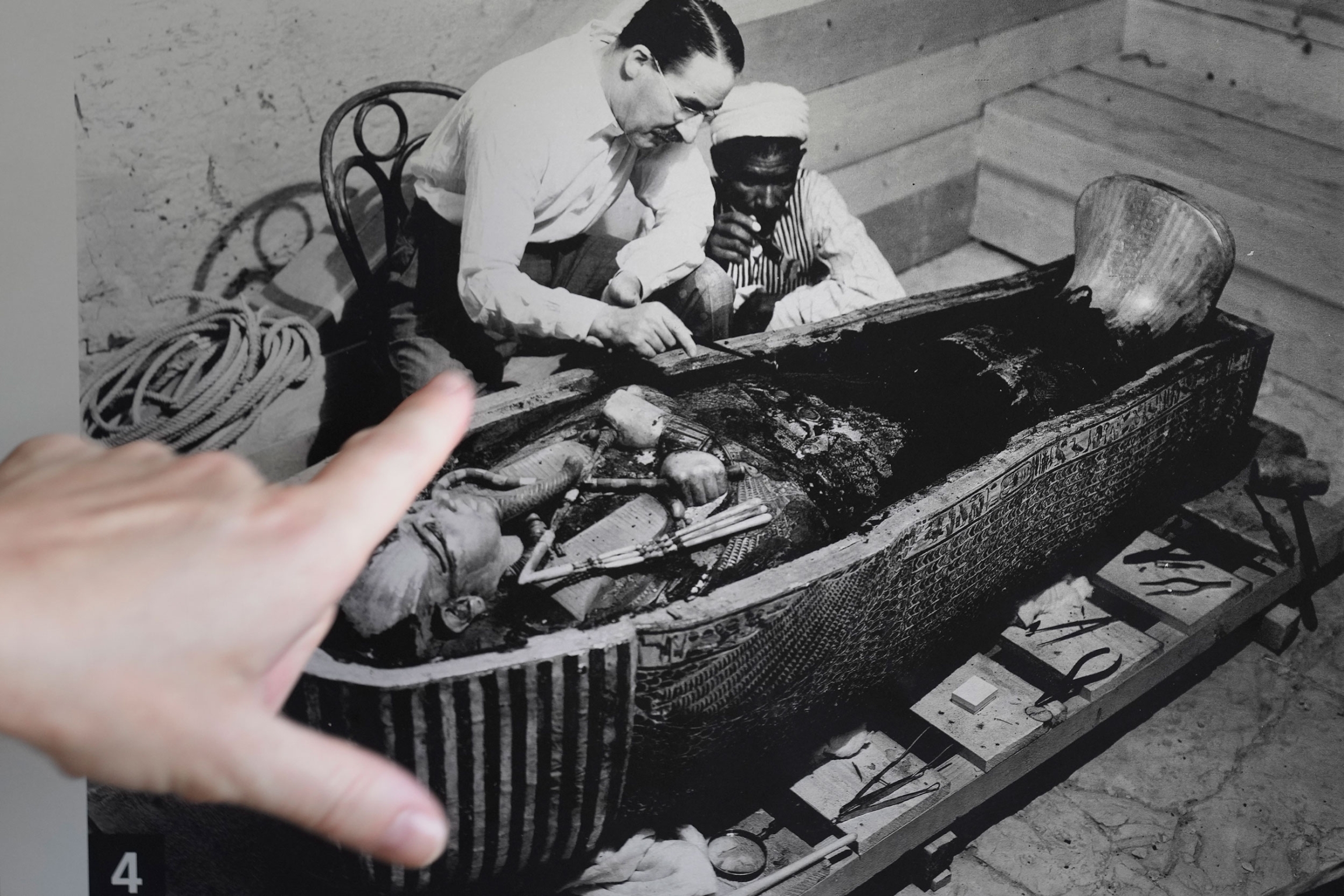 A tourist talks in front of a picture showing British archaeologist Howard Carter in front of the sarcophagus of King Tutankhamun at his tomb the Valley of the Kings in Luxor, Egypt, Friday, Nov. 4, 2022.

Tutankhamun lived in the 18th dynasty at a very tumultuous time, Manuellian explained. His father, Akhenaten, ushered in a new religion, focusing on a solar religion. He only lasted about 17 years. Tutankhamun eventually took the throne as a child and served as the figurehead for “a return to orthodoxy.” Manuelian said. He only stayed on the throne for about a decade, and his death remains a mystery. 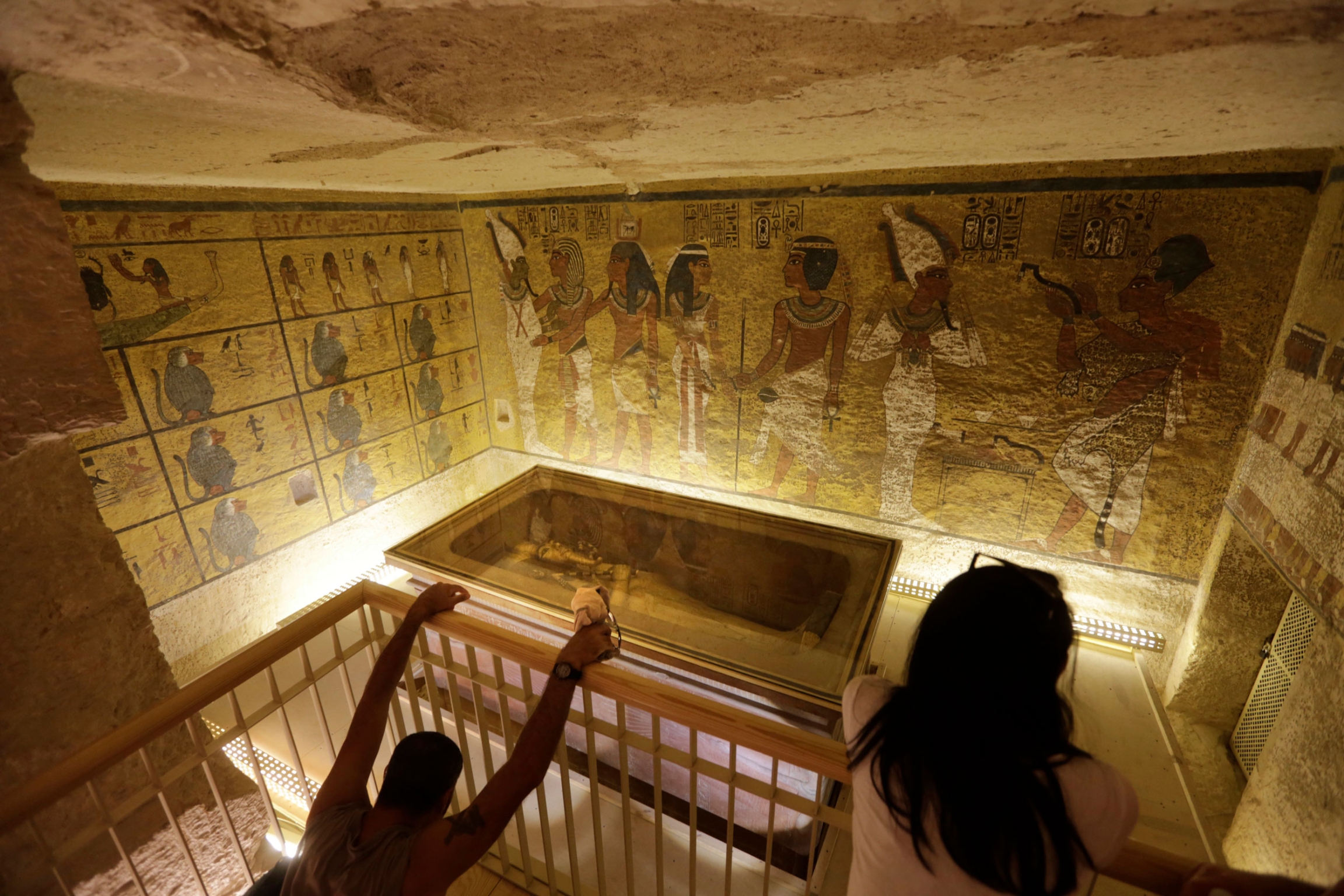 In this Thursday, Nov. 5, 2015, file photo, tourists look at the tomb of King Tut as it is displayed in a glass case at the Valley of the Kings in Luxor.

The tomb was discovered in 1922 when private individuals were still funding excavations. Carter was at the apex of all of the news about the discovery. But Egyptians are now much more in control of their own antiquities and decision-making around them, Manuelian said.

“Over the decades, as we've learned to take a closer look at these objects, we can sort of read between the lines of the hieroglyphs, so to speak, and see which objects have been repurposed, where names have been changed or re-inscribed. And so, there is history to be gleaned from these objects,” he said. 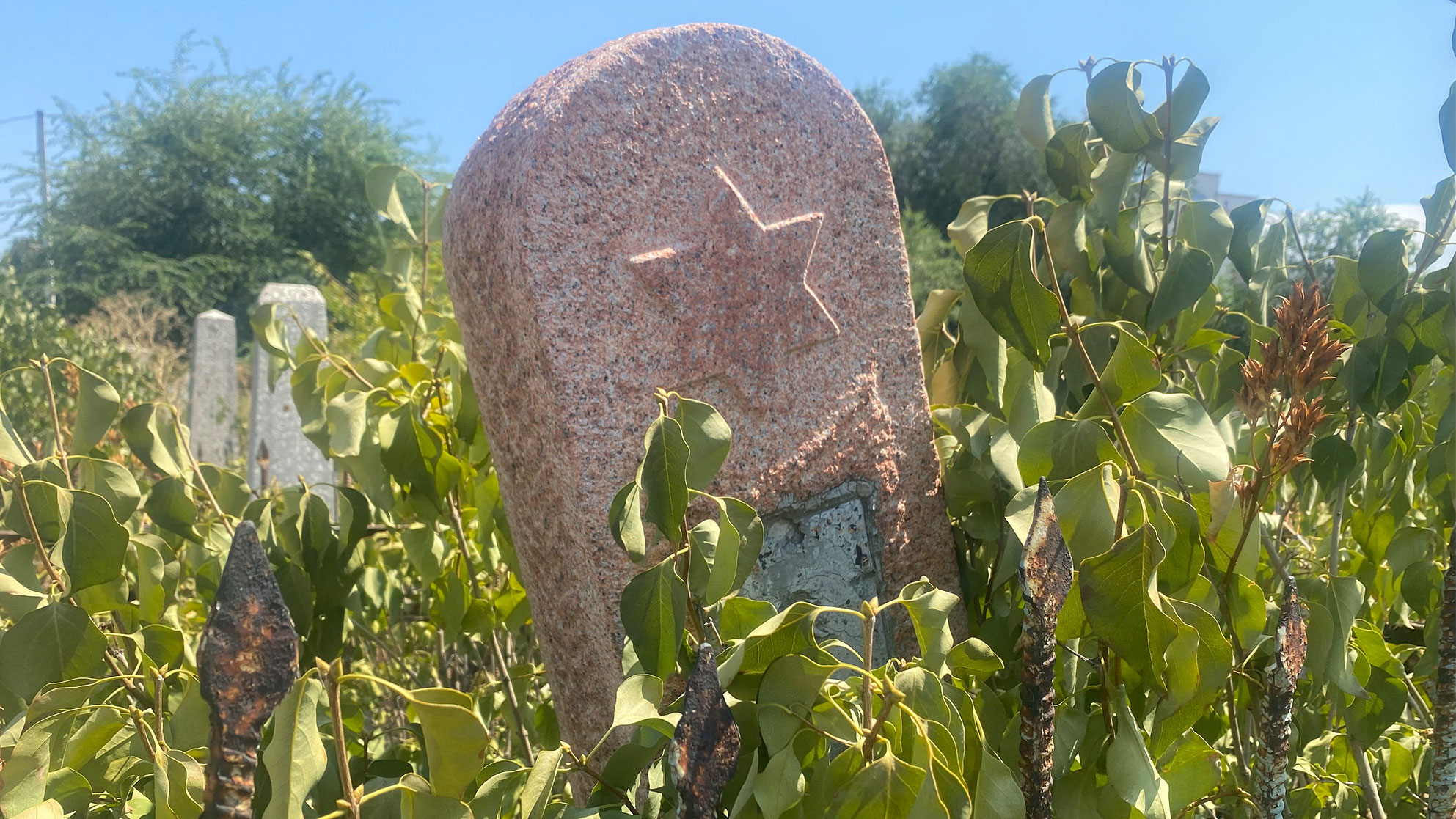 The Jewish graves in Kyrgyzstan are fading. But a small Jewish community continues to thrive. 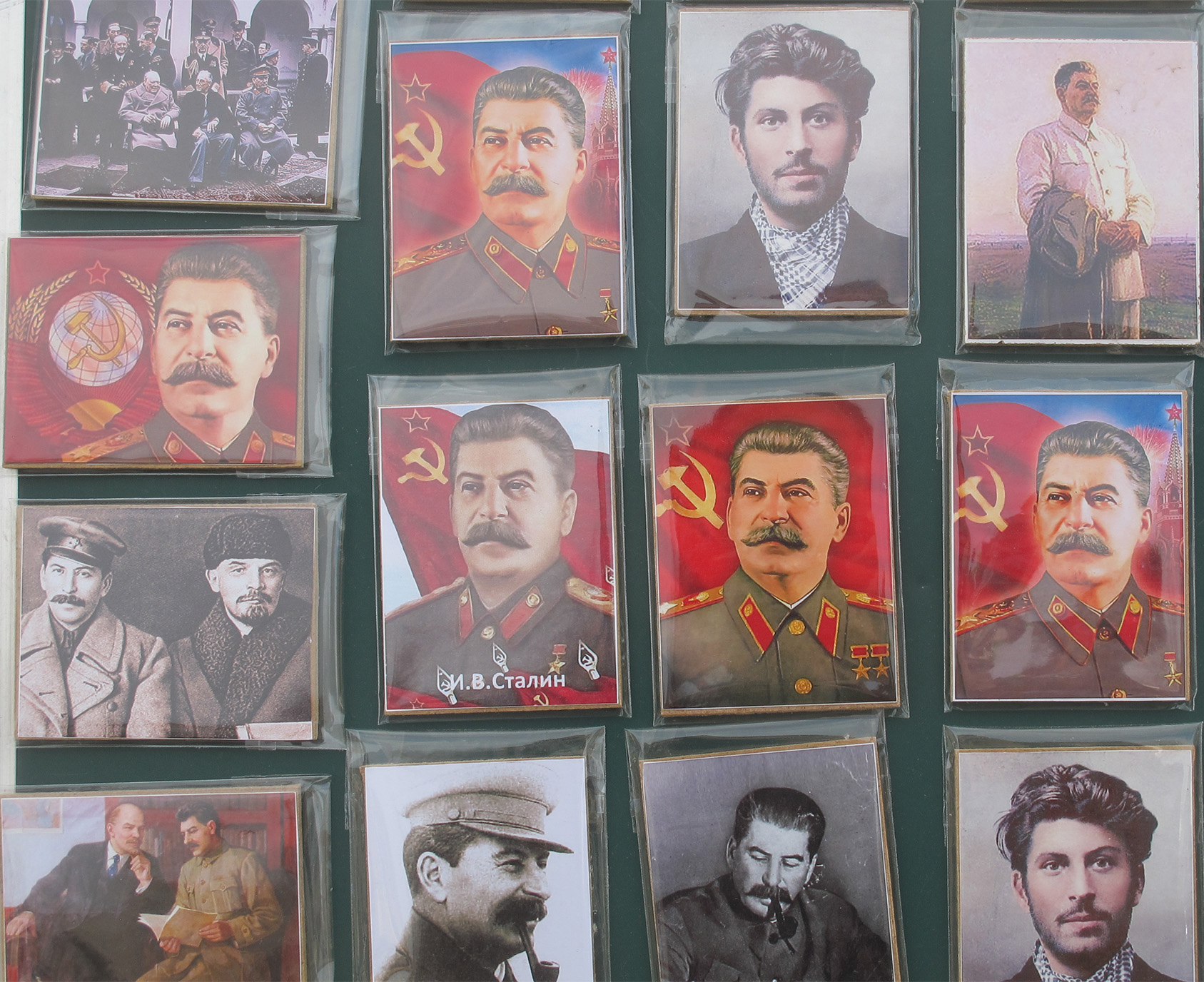 As Putin’s war in Ukraine continues, historians say it’s crucial to reflect on Stalin’s reign in the Soviet era 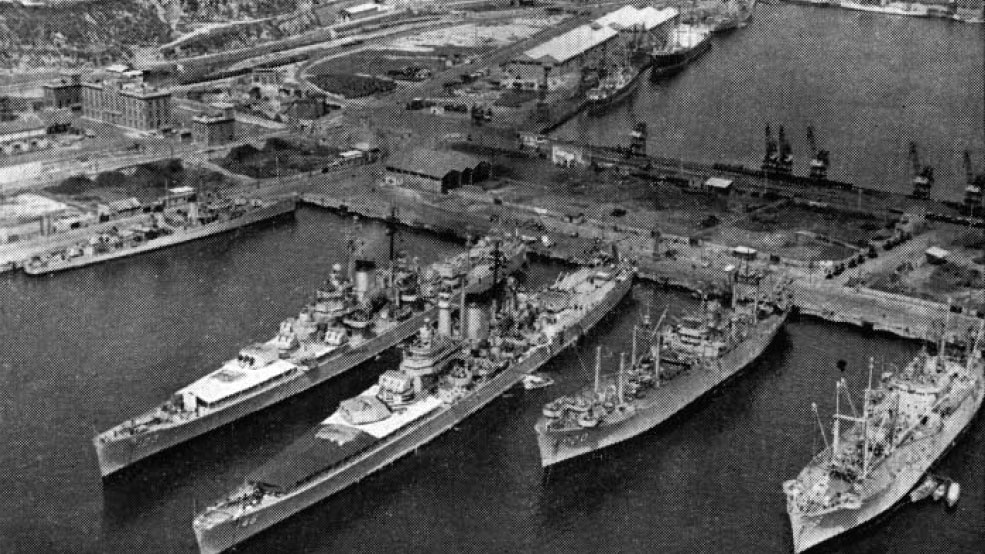 How US sailors kicked off Barcelona's tourism industry in the 1950s 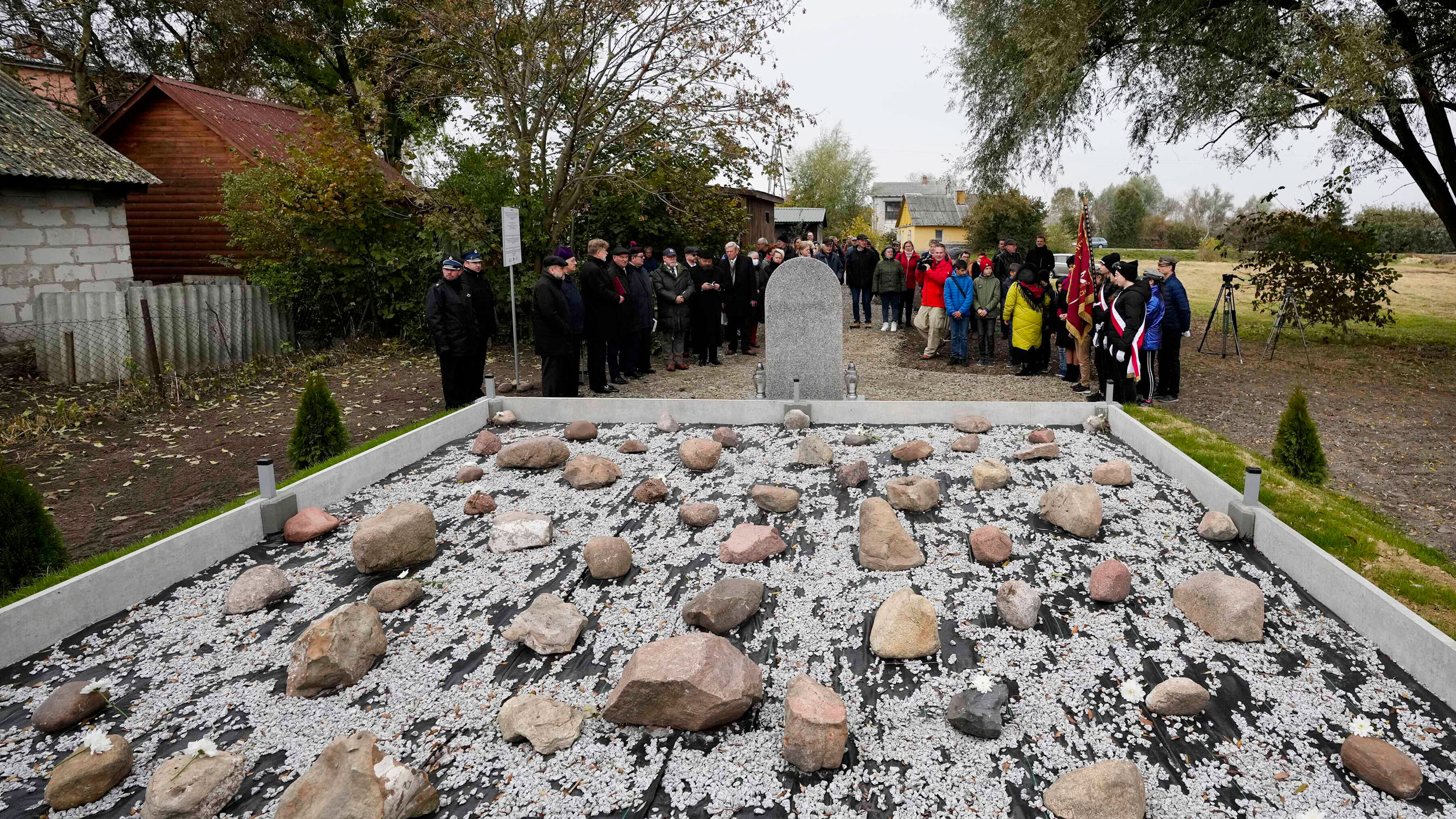 A ‘deepening chill’ among historians over Holocaust revisionism in Poland

« In Miami, Cuban American progressives promote civic engagement ahead of midterms (Previous Post)
(Next Post) Loss and damage: Who is responsible when climate change harms the world’s poorest countries? »