Shehan Karunatilaka, author of "The Seven Moons of Maali Almeida," is winner of the 2022 Booker Prize. Karunatilaka talked with The World's host Marco Werman about the ways in which Sri Lanka's grim history of civil war — along with a bit of "gallows humor" — shaped the ideas in his award-winning novel. 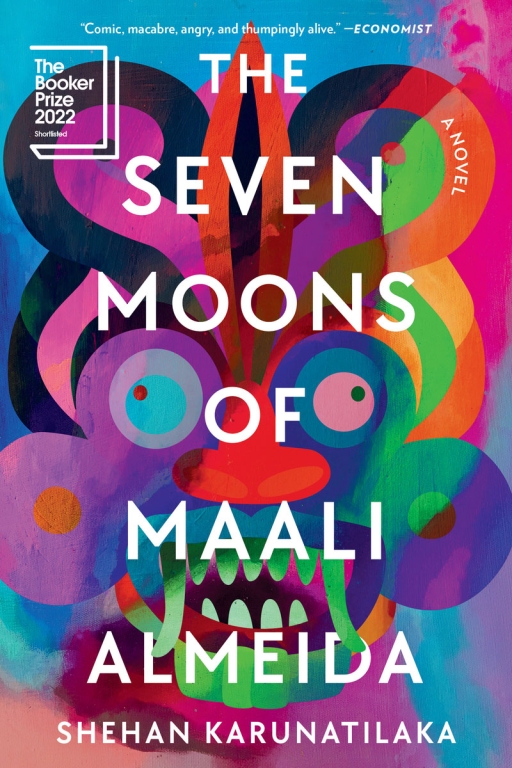 "The Seven Moons of Maali Almeida," by Shehan Karunatilaka, winner of the Booker Prize 2022.

Sri Lankan writer Shehan Karunatilaka's acclaimed novel, "The Seven Moons of Maali Almeida," has clinched the 2022 Booker Prize — one of the most prestigious literary awards in the English language.

The book is a whodunit and a satire set against the backdrop of Sri Lanka's long-running civil war in the 1980s and '90s.

The main character in the novel has woken up dead and what seems to be a celestial visa office. The cynical narrator helps him come to grips with his new reality.

"If you had a business card, this is what it would say:

If you had a gravestone, it would say:

But you have neither. And you have no more chips left at this table. But you now know what others do not. You have the answer to the following questions: Is there life after death? What's it like?"

Shehan Karunatilaka sat down to talk with The World's host Marco Werman about the ideas behind "The Seven Moons of Maali Almeida" and what inspired him to write it.

This interview was lightly edited and condensed for clarity.

Related: Novelist Abdulrazak Gurnah: ‘Colonialism and its consequences are still with us’