The Taliban in Afghanistan have announced new rules requiring women to cover their faces when in public. The decree also says that women should only leave home when necessary. This is the latest in a series of restrictions imposed on women since the group came to power last summer.

An Afghan woman waits to receive a food ration distributed by a South Korea humanitarian aid group, in Kabul, Afghanistan, May 10, 2022.

A few days after the fall of Kabul, in Afghanistan, 18-year-old Aghela Amiri was randomly stopped by a Taliban fighter.

He complained that her sleeves were too short and that her hair was showing —he told her it was unacceptable for a Muslim woman. Before she could say anything, the man whipped her arms.

She took pictures of the bruises when she got home. She said that she felt humiliated, scared and angry.

“This type of fanatical thinking is the root cause of all our misery in this country.”

“This type of fanatical thinking is the root cause of all our misery in this country,” she said.

Since that incident last August, Amiri has stopped wearing colorful outfits in public. These days, she wears a long, black, loose cloak. She makes sure that her hair is not showing. 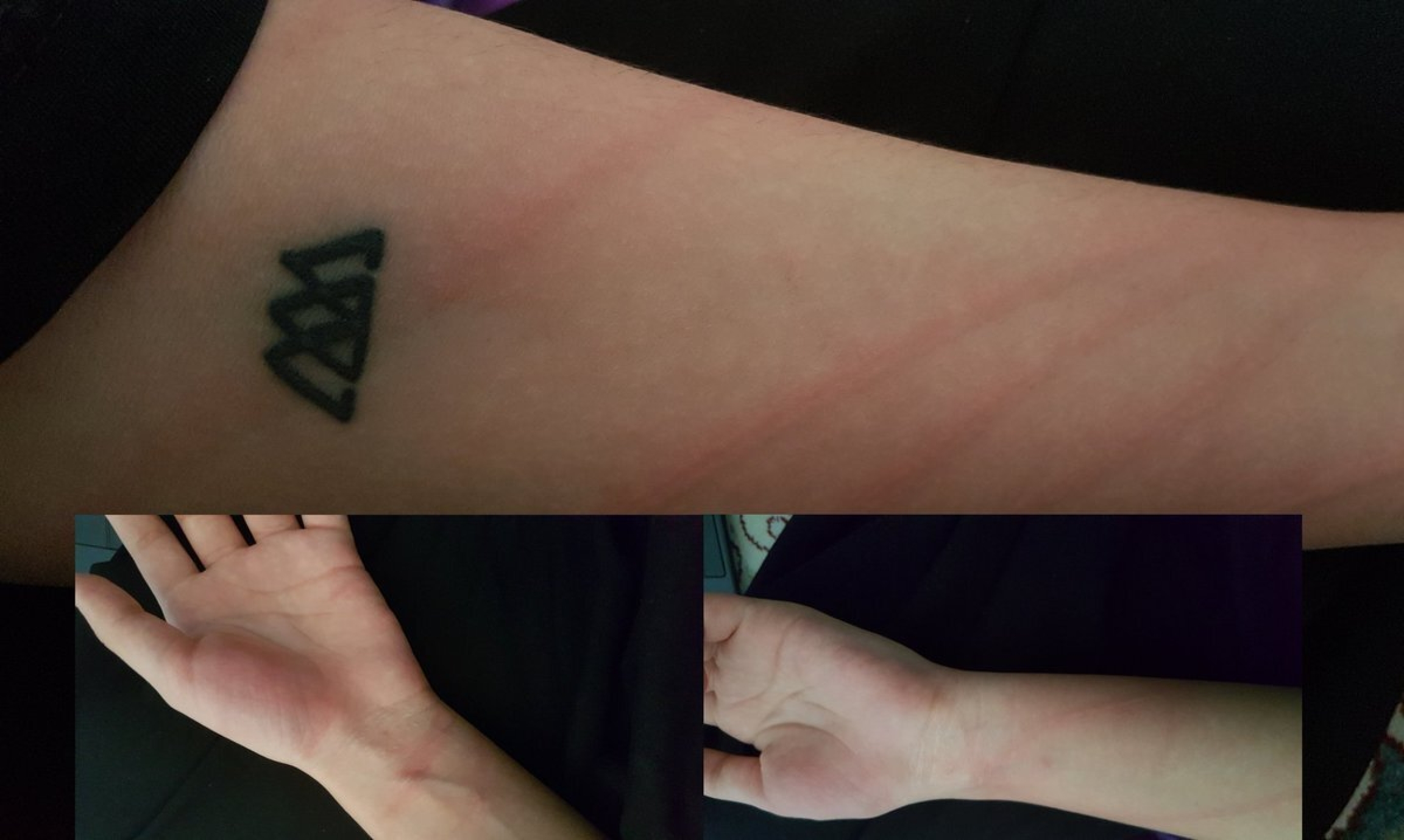 Last August, when Kabul, Afghanistan, fell, Aghela Amiri, 18, was whipped by a Taliban fighter who criticized the length of her sleeves and the fact that her hair was showing. She took photos of the bruises when she got home.

But now, the Taliban are imposing even stricter rules. Over the weekend, Taliban officials issued a decree listing several new restrictions. Among them, women must wear a burqa, the head-to-toe covering that has mesh across the eyes.

The decree also requires that women only leave home when absolutely necessary. If they don’t follow these rules, their male relatives will be punished.

“I was shocked. They’ve imposed so [many] restrictions on women I don’t know what else is left,” Amiri said.

In response to the Taliban's decree, small groups of women in Kabul and other cities are going out to protest.

Julia Parsi, a women’s rights advocate, was an organizer of one of the protests this past week.

“We marched in the streets, but the Taliban stopped us and told us to go home,” she said from Kabul.

Parsi said that she and others tried to reason with the men. They told them they are upset about the new restrictions, and that women in Afghanistan are observant Muslims and they already dress modestly in public.

“I will never agree to cover my face,” Parsi said. “I won’t be able to breathe.” 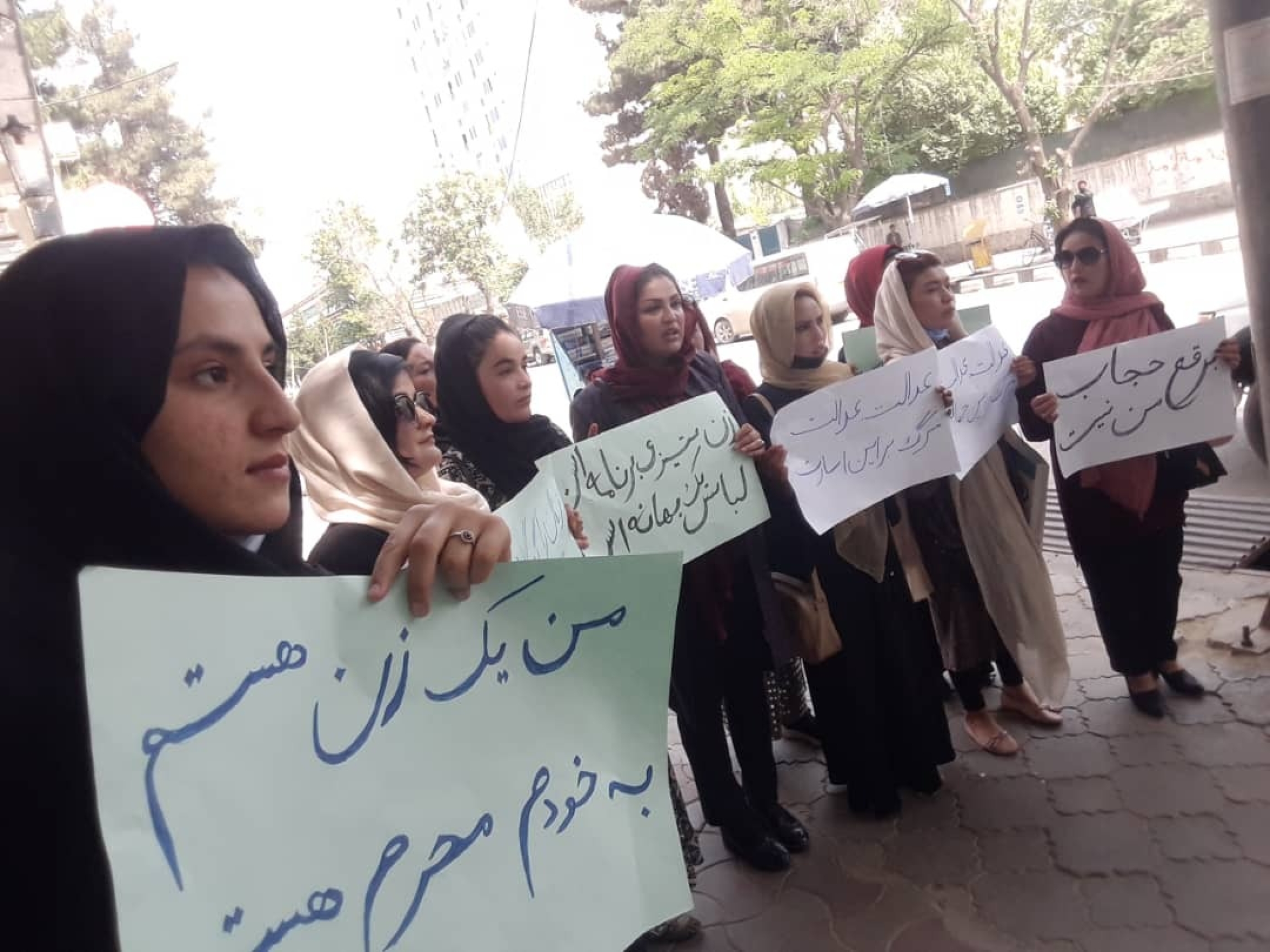 Julia Parsi, a women’s rights advocate, organized a protest in response to the Taliban’s new rules requiring women to wear a burqa, and to stay home.

Women protesters in Afghanistan have paid a heavy price since the Taliban took control of the country nine months ago. One woman with whom The World spoke said that she was arrested and detained for several weeks for protesting, and that her family was threatened as well. So, she has paused her activism for now.

The dress code is just one of many restrictions the Taliban have imposed on women. They have also limited access to education and employment.

Parsi, who has two daughters, said that her heart breaks when she sees them at home instead of school.

“They have no future in this country,” she said. “That’s why I risk my life to protest. I’m scared, but what other choice do I have?”

For Zahra Rahimi, watching all this from outside of Afghanistan is painful.

Related: 6 months after evacuation, thousands of Afghan families are waiting to reunite

She was a reporter for a TV program in Afghanistan. She said that when the Taliban came to power, she and her family were threatened, leaving her with no choice but to flee. She is now living in Canada.

Small groups of women in Afghanistan have taken to the streets to protest the Taliban’s latest restrictions on women. Courtesy of Julia Parsi.

Rahimi said that sometimes Taliban leaders claim that women’s rights is a Western concept and that only the elite in Kabul care about issues like women’s education and employment.

“My own father comes from a remote area in Afghanistan. He used to take me and my sister to school every day on a motorcycle. The trip was two hours long but he wanted us — his daughters — to be educated.”

“My own father comes from a remote area in Afghanistan,” she said. “He used to take me and my sister to school every day on a motorcycle. The trip was two hours long but he wanted us — his daughters — to be educated.”

Rahimi’s family is still in Afghanistan, and she is most worried about her 15-year-old sister.

“Every night, when I talk to her, I tell her to be careful,” Rahimi said. “I tell her to wear whatever the Taliban have ordered. Don’t risk your life.”

“My sister is very upset but there is nothing I can do,” Rahimi added.

Related: A long journey from Kabul brings one family to New Bedford

Rahimi and other critics of the Taliban restrictions on women say the group has one goal — to make women disappear from public life.

The Taliban might have weapons and political power, but many Afghan women still say that they won’t stop fighting for their basic rights.