Age of Opportunity. The best practices of active aging are presented 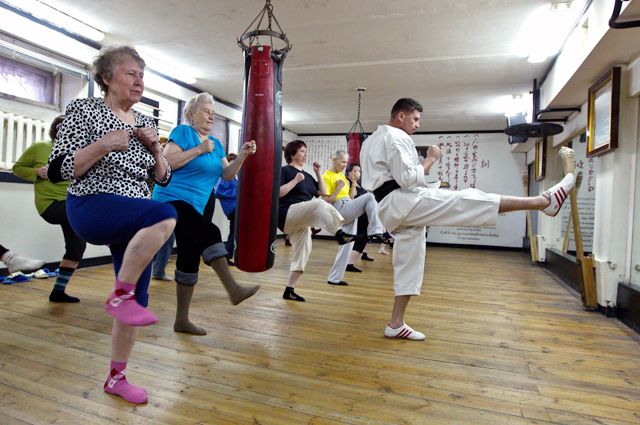 The active longevity movement is developing, growing with initiatives in the regions. The best experience does not go unnoticed. Today, at a press conference in TASS, the results of the II All-Russian selection of the best practices of active aging as part of the Demography national project were presented.

«Such annual selections, — said Minister of Labor and Social Protection of the Russian Federation Anton Kotyakov, — help identify effective work tools and motivate us all to look for new solutions. The quality of life of the older generation continues to be one of the state priorities, and within the framework of the national project “Demography” we are constantly improving approaches to the provision of social services».

Among the finalists are 10 federal, 19 regional, 60 city and 23 rural practices. Among them — technologies for the widespread introduction of a long-term care system at the level of the republic, corporate training programs and the retention of mature employees and assistance to veterans of enterprises, yoga and hockey classes, the creation of an anti-cafe for the older generation, garden therapy (a method of rehabilitation using plants) for people living in boarding schools, socialization through online participation in contests and many others.

According to Deputy Prime Minister Tatyana Golikova, this year's practices are more professional and effective, they have many new formats and approaches.&nbsp ;

“The sphere of practices is developing, the professional sphere is being formed, — she said. — For this to continue, it is very important that regional authorities throughout the country help to study and replicate the best practices. Then people will be able to think of older age as the age of new opportunities, development and self-realization.

The winners were named by the CEO of National Priorities Sofia Malyavina, noting that thanks to the serious work of the Ministry of Labor with the regions to develop additional mechanisms and tools to help the older generation, this year's projects have become much better.

According to Director General of the Elena and Gennady Timchenko Charitable Foundation Marina Morozova, they have also become more mature, i.e. their authors are well aware of the current problems of older people and know how to work with them. According to Morozova, it is also important that many projects of intersectoral cooperation have appeared, many of which are aimed at connecting with the state system, which, from joint work with NGOs, receives elements reinforcing it as a safety cushion.

The participants of the press conference insisted: selection of the best projects — not an end in itself, it is done so that other people and other organizations in other regions can take advantage of the best experience.

«We are not only summing up the selection, but also launching the mass replication of the best approaches in the “ Active Longevity”, — said Director of the Center for Best Practices ASI Ilya Mamykin. — All practices are located on the ASI “Smartek” platform, where you can go and leave an application for any of the projects. Then the managers from the agency will help in organizing contact with the team of authors, building relationships and bringing communication to the desired result.

According to Mamykin, a team of experts will help to cope with the “pitfalls” and narrow issues of implementation of specific projects. He also added that financial support mechanisms for replicating active longevity practices are also being developed.

The winners of the second all-Russian selection of the best practices of active longevity within the framework of the national project “Demography”:

— 3 steps to the health and active life of older people in the cities where the OMK group of companies operates (Republic of Bashkortostan, Republic of Tatarstan, Nizhny Novgorod Region, Perm Territory)

— Basket of Kindness (All Russia)

« The brigade is the mother of order. How and how citizens of the USSR helped the police (Previous Post)
(Next Post) Where will the third Buran be transported? »