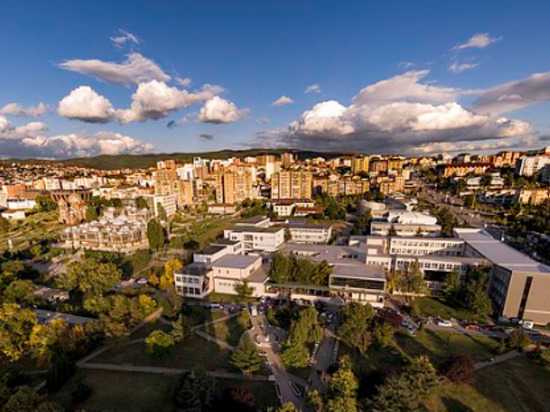 In the northern regions of the self-proclaimed Republic of Kosovo, where mostly Serbs live, air raid sirens are heard. This was reported by the portal of the Vecherne Novosti publication.

The portal also notes that in Rudar, on the Pristina-Leposavich highway and not far from the town of Zvecan, local residents began to build barricades.

In addition, “in front of the new base of the border police of the self-proclaimed Kosovo, not far from the administrative center of Yarine, “many fighters of the rapid reaction unit with automatic weapons, helmets and bulletproof vests” gathered.

Also, according to media reports, about two hundred Albanians are in the southern part of the city near the bridge that leads to the north side, where the Serbs gather, who will go to build barricades.

Earlier Sunday, Serbian President Aleksandar Vučić addressed the citizens with a statement. He said that on the night of August 1, the Kosovo police will block the entry to the north of the region for citizens with documents issued by Belgrade. He called on the Kosovo Albanian authorities to maintain peace and warned that in case of aggressive actions against the Serbs, “Serbia will win.”

The Kosovo government has announced that from August 1, Serbian documents will cease to operate in the territory under its control. Their owners will be issued temporary certificates. From the same day, the mandatory re-registration of cars with Serbian plates to the plates of the Republic of Kosovo – RKS will begin.

Belgrade does not recognize such plates on its territory. In 2021, a conflict arose because of them. Pristina banned the entry of cars with Serbian numbers and deployed special forces of the Ministry of Internal Affairs to the north of the region. The Serbs responded by blocking the road towards the Yarina and Brnjak checkpoints and kept the blockade despite the fact that the police tried to disperse them.

After that, Belgrade and Pristina, through the mediation of Western countries, agreed that when leaving Kosovo and Metohija for Central Serbia, stickers with the Serbian coat of arms and letters should be pasted over with Kosovo symbols on car numbers.

Kosovo Prime Minister Albin Kurti urged Serbs living in the province to re-register their cars “for the sake of the rule of law.” For this, they were promised not to charge a customs fee for a car, which averages about 5,000 euros. Also, when re-registering, they will not require passing a technical inspection, and municipalities can refuse a fee of 10 euros.

Independence from Serbia Kosovo Albanian structures in Pristina proclaimed February 17, 2008. This was preceded by an armed confrontation between the Kosovo Liberation Army and the Serbian security forces, which in 1999 led to NATO bombing Yugoslavia.

The self-proclaimed republic is not recognized by Serbia, Russia, Greece, Spain, Iran, China and a few more states.