And in sorrow and in joy. How to deal with a difficult diagnosis 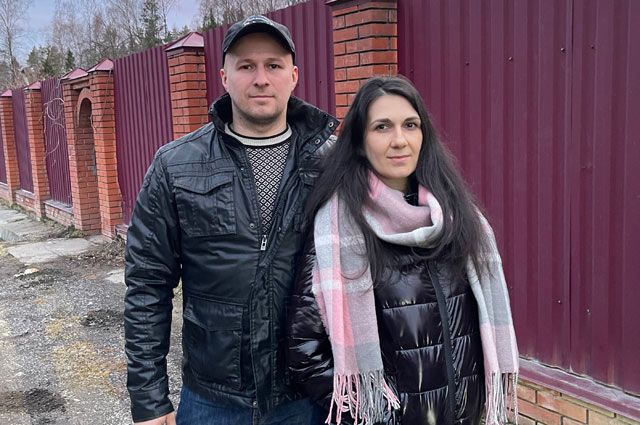 Irina has a serious chronic blood disease, in which the bone marrow stops working normally. Without regular transfusions of blood components, her life is impossible. But she doesn disappear, because she has such a cool support group!

A few months ago Irina Burtsevasuddenly felt ill and ended up in the hospital. They found out that her blood counts were greatly reduced — hemoglobin, leukocytes and platelets. The doctors diagnosed & nbsp; — idiopathic aplastic anemia. Now Irina is transfused once a week with a donor platelet mass, once every three weeks — whole blood.

Long before the illness, Irina worked as a senior midwife in the postpartum ward. But in 2008  she and her husband set up a family business — an online store and small shop for tailoring. They sew, do prints, embroidery. Today, Irina works at home, but she admits that without her husband, of course, she would not have coped. When hemoglobin drops, it's hard to even move. And after a transfusion, hemoglobin remains stable for only 2–3 weeks, then severe fatigue sets in again.

“Ivannever lets me know that I sick, always sets me up for positive», — smiling Irina.

The husband said that after weekly trips to the hematology center appeared in their lives, he began to more closely monitor the condition of his wife, to make sure that she took her medicines on time. “Of course, I would like to walk more with the children, but it’s still hard. We have been riding bicycles together, hopefully this year will also go» — says Irina.

In the Burtsev family, almost all worries lie on the shoulders of the spouse. "I used    sweeping and vacuuming and now Ivan is doing — recalls Irina. — I only cooking and working with children».

The son of the spouses is 12 years old, this year he took second place in Moscow region in kudo. Daughter — 8, she loves animals very much, she dreams of having chickens, cows, goats to have her own farm. After all, the family lives in the suburbs, in a private house. They and have a whole zoo: two dogs, a cat that Irina and Ivan brought from the street, two parrots, fish, two Maine Coons. 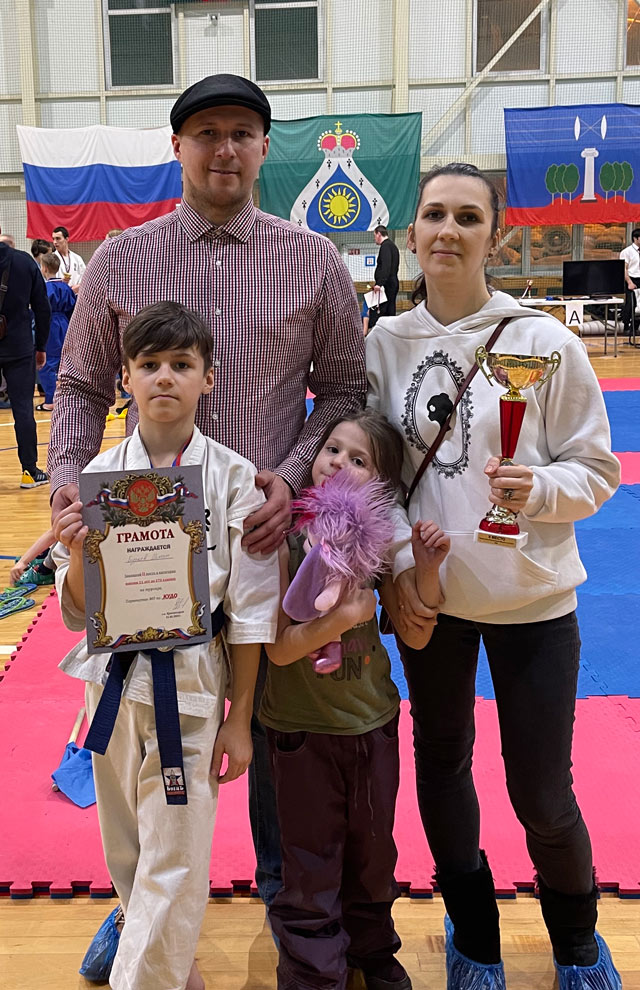 It’s immediately obvious: this is a family of winners! Keep it up and never give up! Photo: personal archive

More expensive than pearls and gold

Due to illness, Irina is now largely dependent on donors. And although her blood type is not rare, the woman was found to have a very rare type of allergy to platelets, in which the donor must be selected individually. To do this, you have to do preliminary test transfusions.

“There are no words to express my gratitude to these people, — says Irina. — I need donated blood every week. Many thanks to all those who give me the opportunity to wake up every day and & nbsp; hug their children.

Doctors immediately warned Irina that if drug treatment did not help, she would have to transplant donor bone marrow. For such patients, this is the only way to recover.

“I would encourage people to donate blood and join the registration of bone marrow donors — says Irina. — I had bone marrow taken for analysis several times, it's unpleasant, but not more than a regular injection. But at the price of such a small discomfort, donors can save the life of another person. Among the patients there are not only adults, but and children».

Ivan agrees with wife: "We don have not developed the topic of donation at all. At the same time, there are many people in the country who want and are ready to help. If there was more information about this the situation with blood diseases would improve significantly. It seems to me that even if someone goes to donors only because of benefits, there nothing wrong will be this too.

Important The reasons for the development of acquired aplastic anemia are not exactly known. The influence of factors such as medication, contact with organic solvents, arsenic compounds, pesticides has not been proven. The severity of the disease is comparable to tumor diseases. The immediate cause is often not clear. Research is ongoing.

Hematologist, Head of the Department of Hemoblastoses and Depressions of Hematopoiesis, National Research Center for Hematology of the Ministry of Health of the Russian Federation, Candidate of Medical Sciences Zalina Fidarova:

— Aplastic anemia — a disease of the hematopoietic system, in which the patient's T-lymphocytes affect the bone marrow. As a result, the production of red blood cells, white blood cells, and platelets decreases. Patients become dependent on blood transfusions from the onset of the disease until the effectiveness of immunosuppressive treatment is achieved. In the presence of compatible donors, bone marrow transplantation is performed at the first stage of therapy. If the transplant takes root, a person can gain independence from transfusions (blood transfusions).

« Why is the water strider so called? (Previous Post)
(Next Post) What kind of “reverse rains” have scientists discovered underground? »