It only took just over a decade for the world to add 1 billion more people. To break down what this growth means for societies around the globe, The World's host Carol Hills speaks to demographer and author Jennifer Sciubba.

Eight billion: That's the number of people now living on planet Earth, according to a UN report. And it took only 11 years for the world's population to grow from 7 billion to 8 billion.

In a symbolic move, a baby girl born today in the Philippines was welcomed as number 8 billion, especially since it's difficult to accurately calculate the number of people in the world, with sums possibly being off by a year or two.

Meanwhile, India is projected to become the world's most populous country by next year, surpassing China.

The World's host Carol Hills discussed the issue of population growth and what it means for society with Jennifer Sciubba. She is a demographer and author of the book, "8 Billion and Counting: How Sex, Death, and Migration Shape Our World," and joined the discussion from Washington, DC.

Carol Hills: Jennifer, you've said the focus should not just be on the number of babies being born — that that's the wrong way to frame things. I wonder why and what is the right way?Jennifer Sciubba: Well, if we were in the last century, it would make a lot of sense for us to think about numbers overall, because we started last century with only 1.6 billion people and ended it with 6.1 billion. It was a century of exponential population growth. This century, even though we've already added 2 billion people, that's not what will characterize this moment for us. Instead, it's a story of differential population trends. We've never been further apart around the world in terms of births, deaths and migration. And that's where we really need to keep our focus as we go through this century, toward a time when actually global population trends will be converging. 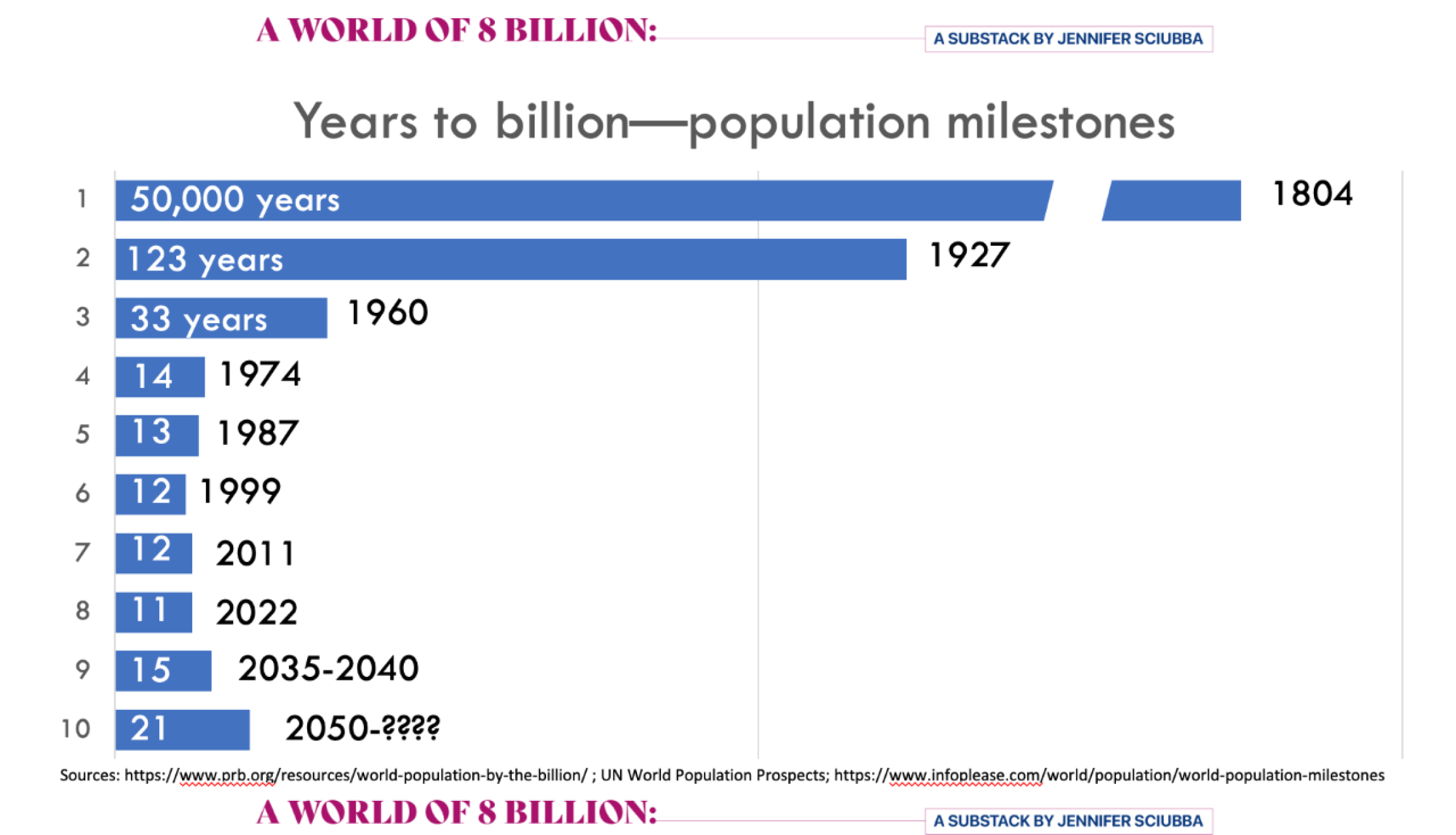 Living standards is a big issue on this topic. And living standards for Americans — we consume a tremendous amount of resources. If the whole world lived like us, would we just be totally sunk?I think we would be. I think that where we really need to focus our innovation and our attention over the next few decades is places in the world that have standards of living that are rising to meet those in America. It's not necessarily places that actually have high fertility. I think the really remarkable place to look at is India, for example. On average, for the whole country, the fertility rate is actually below replacement, below the number needed just to replace who's already born. But we know that this is one area of the world that is about to be the most populous country in the world, really, any day now will surpass China, and standards of living there are rising. So, how do we equip Indians to have a rising standard of living, a better quality of life, but in a way that will be sustainable for them and their environment?A lot of the future growth in population is projected for Africa. What specific countries have the highest birthrate there and what are the implications of that?We might look at Nigeria. Nigeria's population is looking to double between now and mid-century, and Nigeria will replace the United States as the third most-populous country. And the leadership in Nigeria has not shown quite the level of commitment needed to rights-based family planning and reproductive health, girls education, ending child marriage, those kinds of policy measures that would help lower fertility. They lower preferences for the number of children, and they also allow people to exercise those preferences.Isn't there an inherent tension between living standards and population, meaning the higher the living standard, the fewer kids people have? Is that correct?Yes. So, when we think about 'why do people start to have fewer children?' — it's not just one thing. So, we know that with more educational opportunities, people will delay the time when they have their first child. And of course, when you delay the time you have your first child, eventually, biologically for women, you end up running out of time. We know when there are other economic opportunities outside the home, and we also know that there are some real negative pressures on fertility. I think something for us to watch out for are places where total fertility rates are very low. We're talking in South Korea, for example, less than one child per woman on average. And South Korea is not alone. It may be the lowest, but I think that a lot of countries are really seeing that very low pressure on fertility. 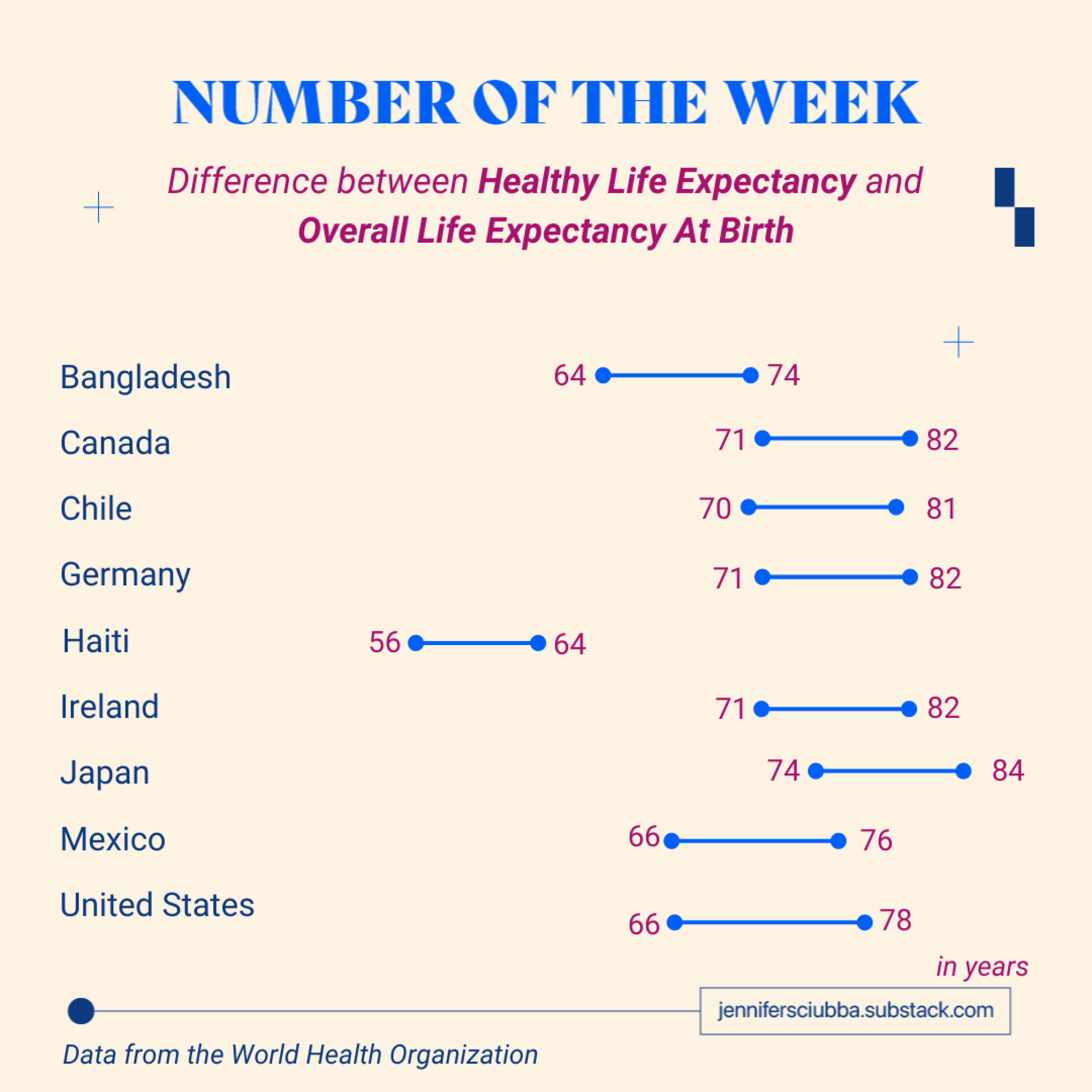 A graphic breaking down the difference between healthy and overall life expectancy at birth.

I want to turn to climate change. Many people worry that global population growth is bad for the fight against global warming. Others say that's not necessarily the case. Break down those two camps and how do you see it?Two out of every three people on the planet live somewhere with the low replacement fertility, meaning the number needed to just replace who's already born. So, if we want to frame the issue of population as one of overpopulation, that doesn't work when you're talking about places where people are already having few children. So, to frame it as overpopulation can be really ethically a quagmire. Certainly, there are places in the world that still have high fertility, and those places, we need to double down on our efforts to have education and family planning.We've talked about regions where populations are growing fast and regions where birthrates are crashing. There's a third dynamic, too, which is regions where populations are physically moving. How does global migration factor into understanding how 8 billion people fit together on this planet?Migration is the third pillar of population change and it's just as important as trends in births or deaths. But the impact of it is uneven. If we look globally, over 96% of us stay put. We don't move. The effect globally is that, while there are millions, hundreds of millions of people who move, the proportion of the world population who lives outside the country in which they were born has actually been steady and been quite low — below 4% — over the last several decades. But where these people move, and where they move from, is uneven around the globe.Bottom line, how many people can the planet feed and sustain?The planet can feed and sustain billions more. It is a matter of whether or not we have the political will and the know-how and the innovation to do so.

Related: China now allows 3 kids per family, but many couples say they can’t afford it 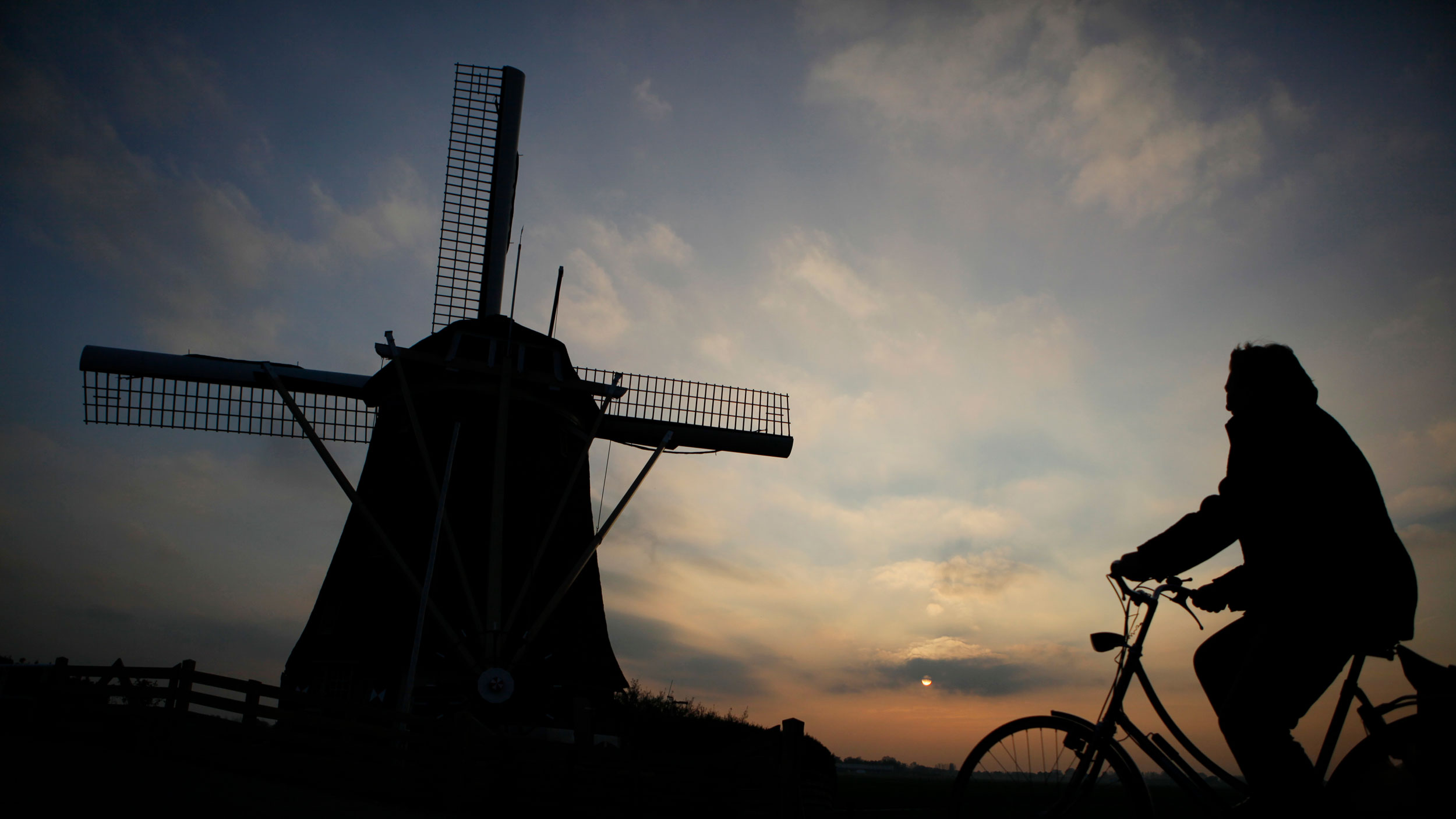 Europe deliberates if it should keep daylight saving time 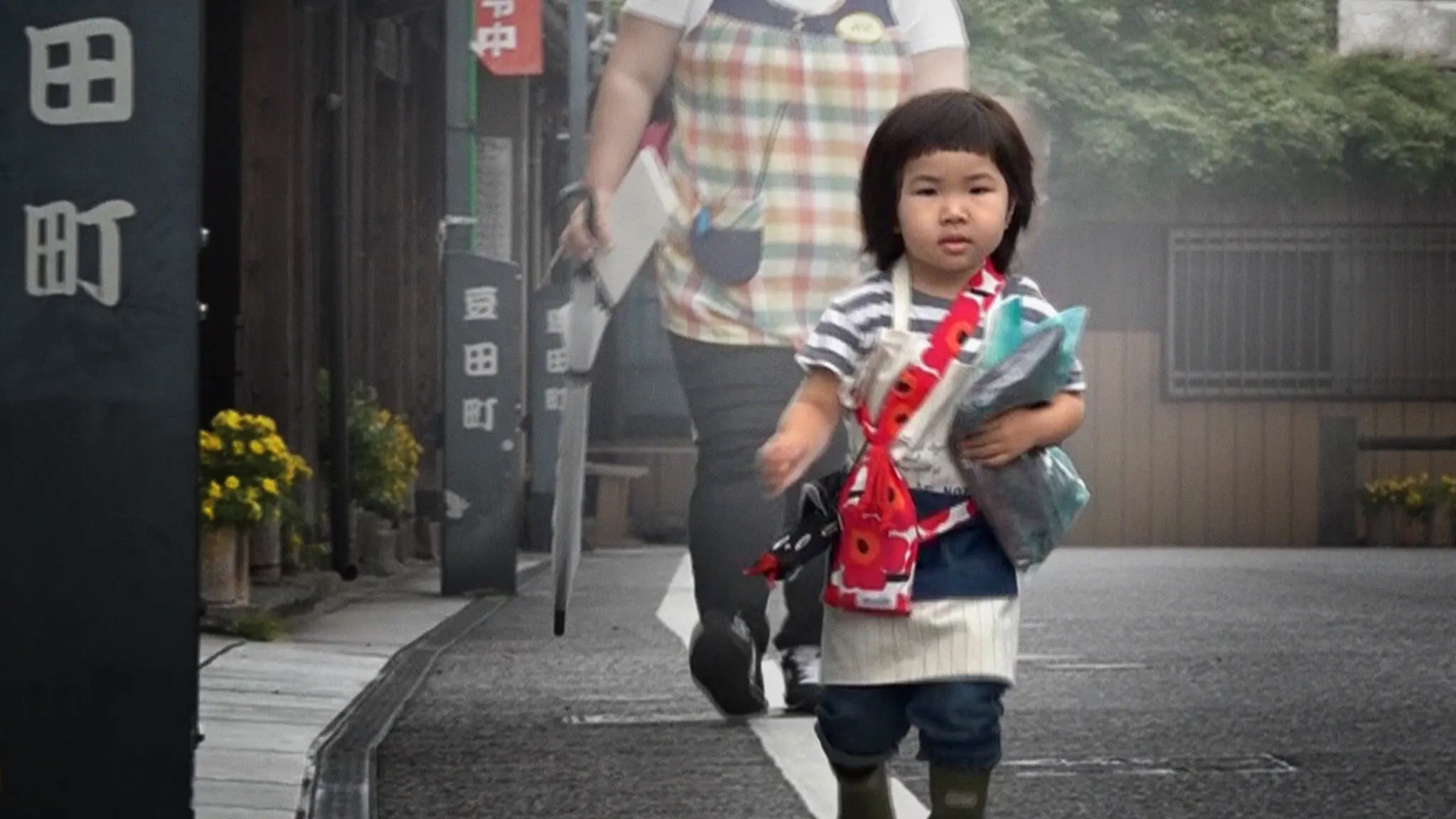 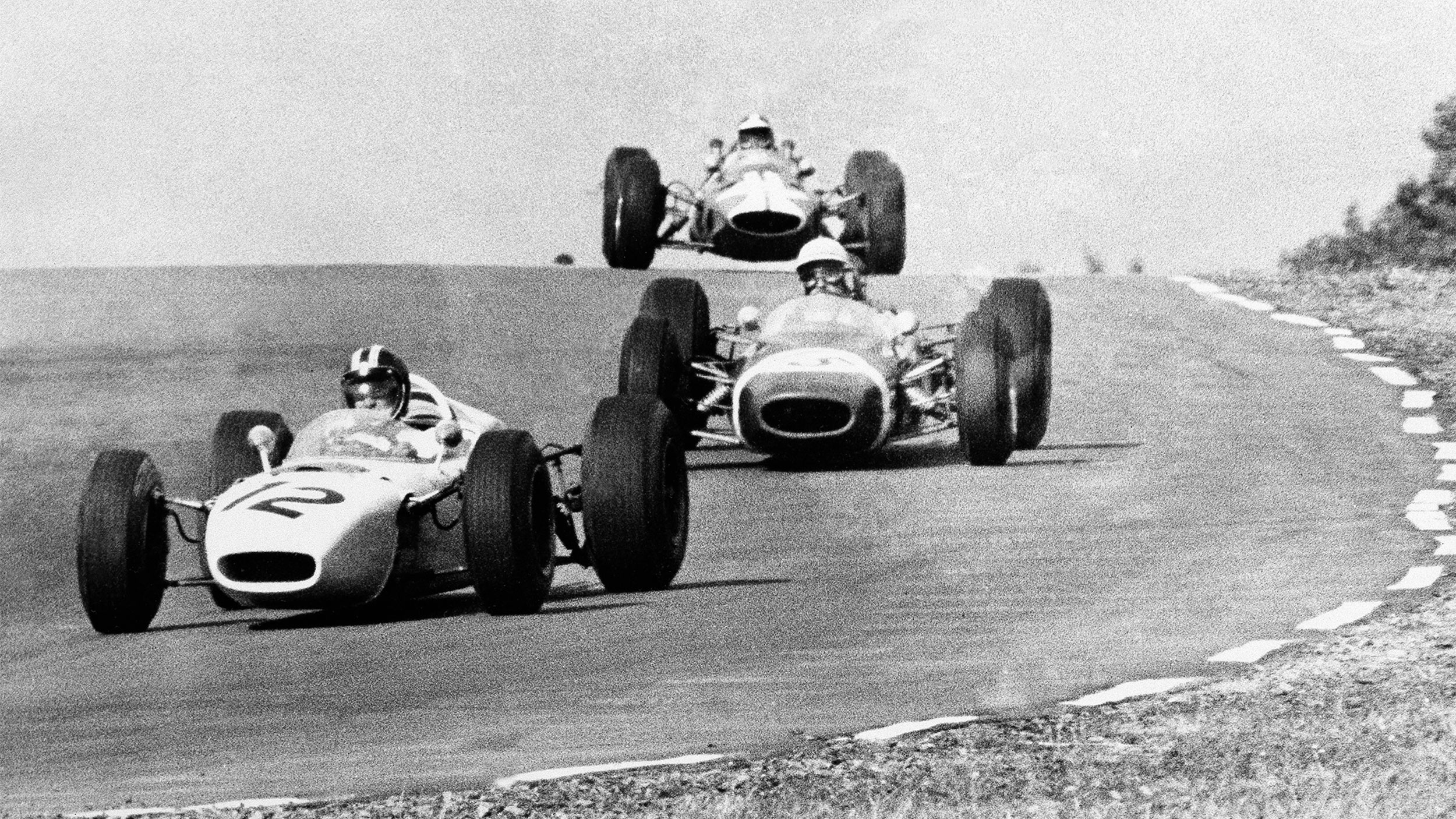 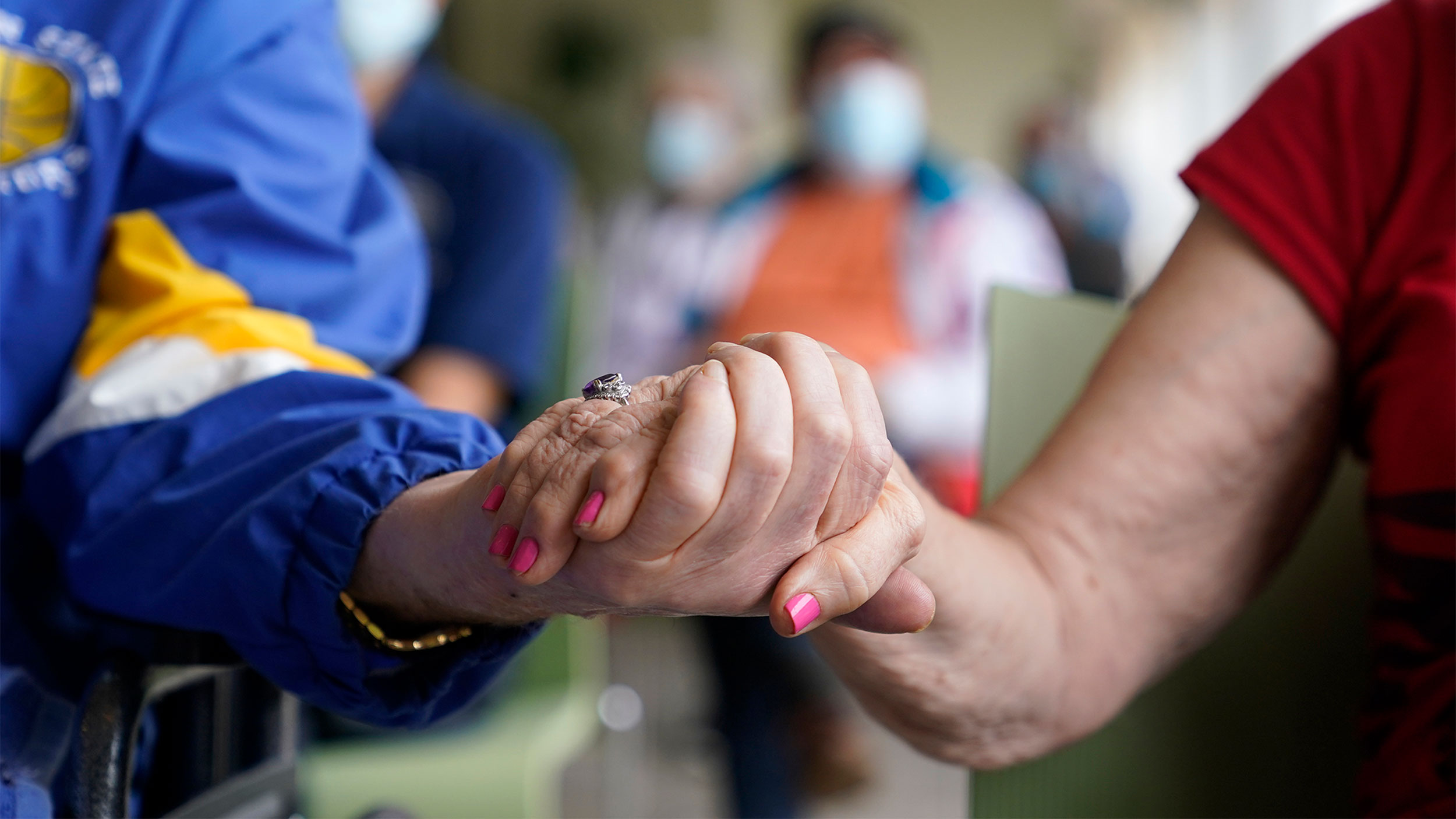 Aging expert on living better: 'Focus on adding life to years rather than years to life'