Brazil's President Jair Bolsonaro has promised to continue facilitating mining and agro industry in Brazil’s portion of the Amazon if he wins another four-year term. But destruction of the Amazon affects the air quality and jeopardizes the water supply in neighboring countries.

Children play in a flooded area of Leticia, Colombia, Feb. 14, 2017, located by the Amazon River, on the border with Brazil and Peru. Gustavo Petro, Colombia's first elected leftist president, will take office in August with ambitious proposals to halt the record-high rates of deforestation in the Amazon.

Colombia's capital city is hundreds of miles away from the Amazon rainforest. In September, the city’s air was heavily polluted with carbon particles that came from fires in the rainforest. And local authorities told people to avoid exercising outdoors.

These kinds of warnings are becoming more common, said Carolina Urrutia, Bogotá’s secretary for the environment.

“It's frustrating because it's something we can’t control.” she said. “But at the same time, it's a chance for us to show people how forests and urban areas are connected.”

Urrutia and other environmentalists across South America are holding their breath as Brazil stages the second round of its presidential election later this month.

The nation’s conservative President Jair Bolsonaro is running for another four-year term and has promised to continue facilitating mining and agro industry in Brazil’s portion of the Amazon. 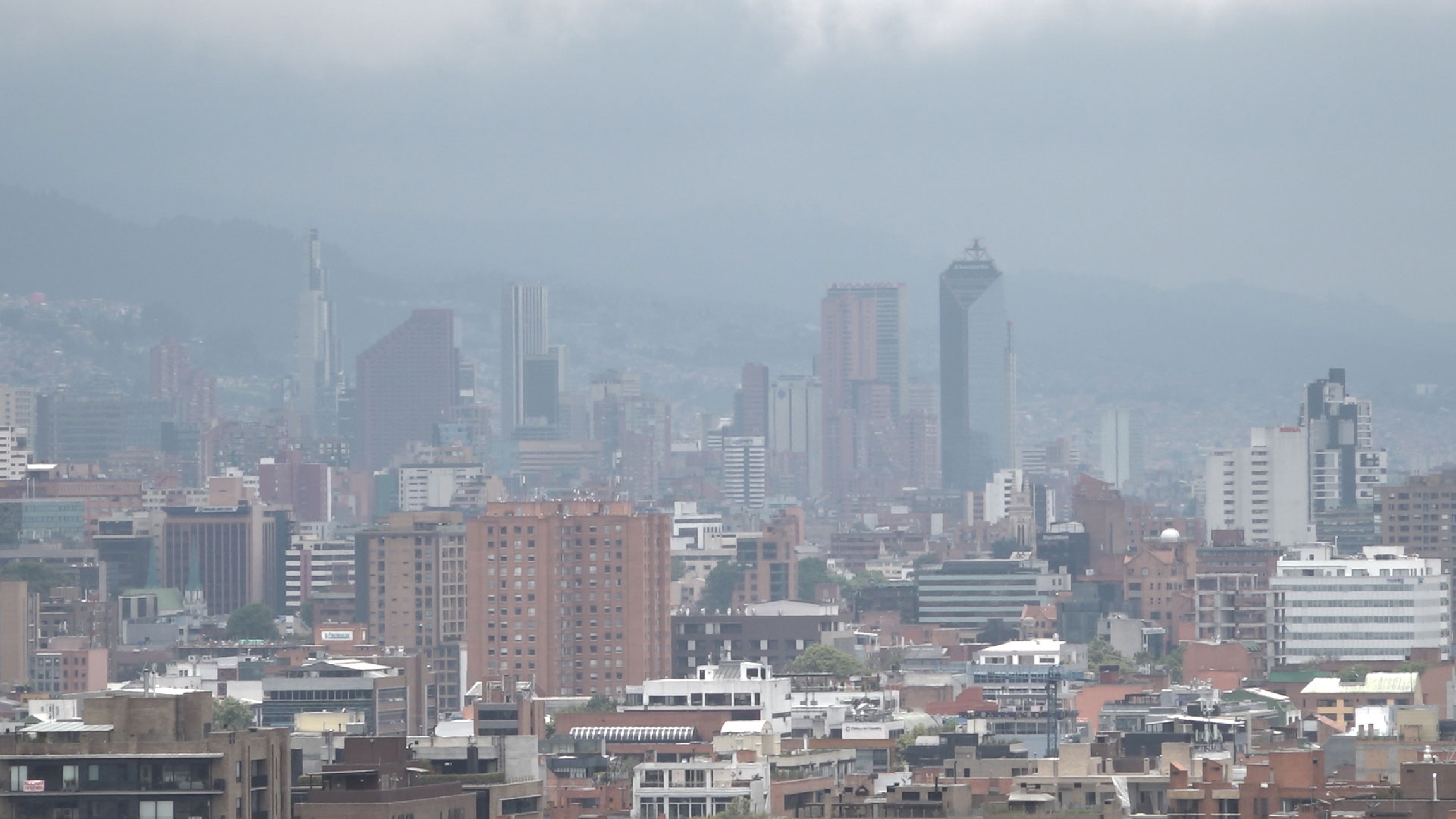 Colombia's capital city Bogotá fills with fog after fires in the Amazon.

Under Bolsonaro’s watch the rate of deforestation in the Brazilian Amazon has doubled, as his government promotes the expansion of industries like soy, timber and cattle ranching in the region.

So far this year, more than 7,000 square kilometers of the Amazon rainforest have been cleared in Brazil, or an area that is 10 times the size of New York City.

That worries Urrutia and other environmentalists in South America who have been studying the connection between the Amazon and other ecosystems on the continent that are home to tens of millions of people.

“For us in the Andes, this progressive deterioration of the Amazon is a life threatening situation,” Urrutia said.

That’s because destruction of the Amazon doesn’t just affect air quality. It also jeopardizes the water supply of many countries in South America.

On the western side of the continent, countries including Colombia, Ecuador and Bolivia depend on rain that originates in the Atlantic Ocean. This rain lands on the Amazon jungle, which soaks up the water and then releases some of it back into the atmosphere through evaporation. Eventually, air currents carry this moisture west, toward the Andes mountains.

If the rainforest is destroyed, this critical cycle can be altered, said Paola Arias, a climate researcher at the University of Antioquia, in Medellin.

“When you have a lot of deforestation, you have less moisture that is transported toward our region,” Arias said. “And then, if you start having less moisture, it will be more probable to have less precipitation.”

In Bolivia, meanwhile, the Amazon’s deforestation reduces the amount of snow falling on glaciers that supply water to many cities and villages in the high altitude area known as the altiplano, said Marcos Andrade, the director of the atmospheric physics lab in La Paz.

He explained that the snow, which is formed with moisture coming from the Amazon, protects the glaciers from melting too fast.

“If we deforest the lowlands, we could have problems having moisture arriving in this region,” Andrade said.

Arias called Bolsonaro’s efforts to develop the Amazon a “nightmare.”

“I think we have to change the way we see the economy, where we are thinking that all these ecosytems, all these things that we call nature are under our service, but we really don’t think that we are coexisiting with other species. This large scale production of everything has to stop.”

Brazil’s president said that the residents of the Amazon need jobs and the region must be integrated into the global economy.

His administration has made it possible for companies to avoid fines for clearing the rainforest. And it's also pushing for a law that would allow gold mining inside Indigenous reserves.

“There are 20 million people in the Amazon including Indigenous people and river dwellers whose survival depends on using the resources the forest provides,” Bolsonaro said at the UN’s General Assembly last month, where he insisted that much of the rainforest remains untouched.

Bolsonaro has also backed infrastructure projects that worry some of Brazil’s neighbors. Like a plan to build a road between Brazil and Peru, which would cut through a largely untouched area of the Amazon, and reach the city of Pucallpa.

Felix Ochavano is a leader of the Iskonawa tribe in Peru. He said the road would put uncontacted tribes at risk.

“It’s going to bring more migration into the region,” Ochavano said. “And that can increase gold mining, and also expose our relatives to new diseases.”

Ochavano said that governments across South America should consult with Indigenous people before they make new plans for the rainforest.

He’s hoping for a change in Amazon policies regardless of who wins the election in Brazil and other countries.

“The people in the Amazon have rights just like anyone else,” he said. “We need to develop the rainforest so that it benefits everyone’s survival."

« Orbán portrays himself as a ‘defender of Christianity.’ Critics aren’t so sure. (Previous Post)
(Next Post) Satellite photos show damage at Iran prison amid protests »