Caregivers in Ghana work to demystify autism and push for inclusion

Developmental brain disorders are rarely discussed in Ghana. A lack of adequate awareness and facilities for early diagnosis makes it tough to manage. And children with special needs often face discrimination in terms of inadequate health care, education and social engagement.

Instructor Akua Amoako Yeboah with a child at the early intervention center.

Maame Appiah started to notice something unusual about her 3-year-old toddler when he was just a baby.

Breastfeeding was a challenge: “He couldn’t even suckle. He had breathing issues,” she said.

Doctors later diagnosed her son with cerebral palsy — a condition that affects a child’s brain and impacts the ability to control muscles in the body. He was also diagnosed with autism, a complex neurobehavioral disorder.

Developmental brain disorders are rarely discussed in Ghana. A lack of adequate awareness and facilities for early diagnosis makes it tough to manage. And children with special needs often face discrimination in terms of inadequate health care, education and social engagement.

Appiah sought help for her child — including prayer camps — to no avail. Over time, she was able to move past her grief and find the support he needs. Today, her son receives various therapies once a week to help him develop the skills he needs to thrive.

There are thousands more stories like Appiah’s across Ghana.

Ama Boatemaa lives with her 19-year-old child with autism in Obom-Kojontor, an Accra suburb. She said she had to defy her husband just to keep her daughter alive.

“My husband kept insisting that he’s been to so many spiritual homes where he’s been told that our daughter is a marine spirit. He once suggested we poison or kill the child. When I refused, he got very angry and abandoned us,” she said.

Boatemaa has single-handedly fended for her daughter. She said that transportation to and from the hospital or school has been the most challenging. Some drivers refused to pick her up because her daughter drools profusely. Eventually, her daughter dropped out of school.

"Sometimes, it feels like the whole world is against you," Boatemaa said.

Shifting the narrative on autism

Mary Amoah Kufour, whose 20-year-old daughter has autism, is determined to change the narrative for children with special needs and their caregivers.

Like many parents of autistic children, Kufour said she was in denial for years when she learned her daughter had autism. She already had two boys without any disabilities.

In 2016, Kufour founded Klicks Africa Foundation, a center for early intervention and support for children under the age of 5 as well as young adults on the autism spectrum.

"Sometimes, I see myself as somebody who gave birth in the past 20 years and the child never grows," she said.

Her daughter needs 24/7 support, from bathing and eating to directing her on daily tasks. 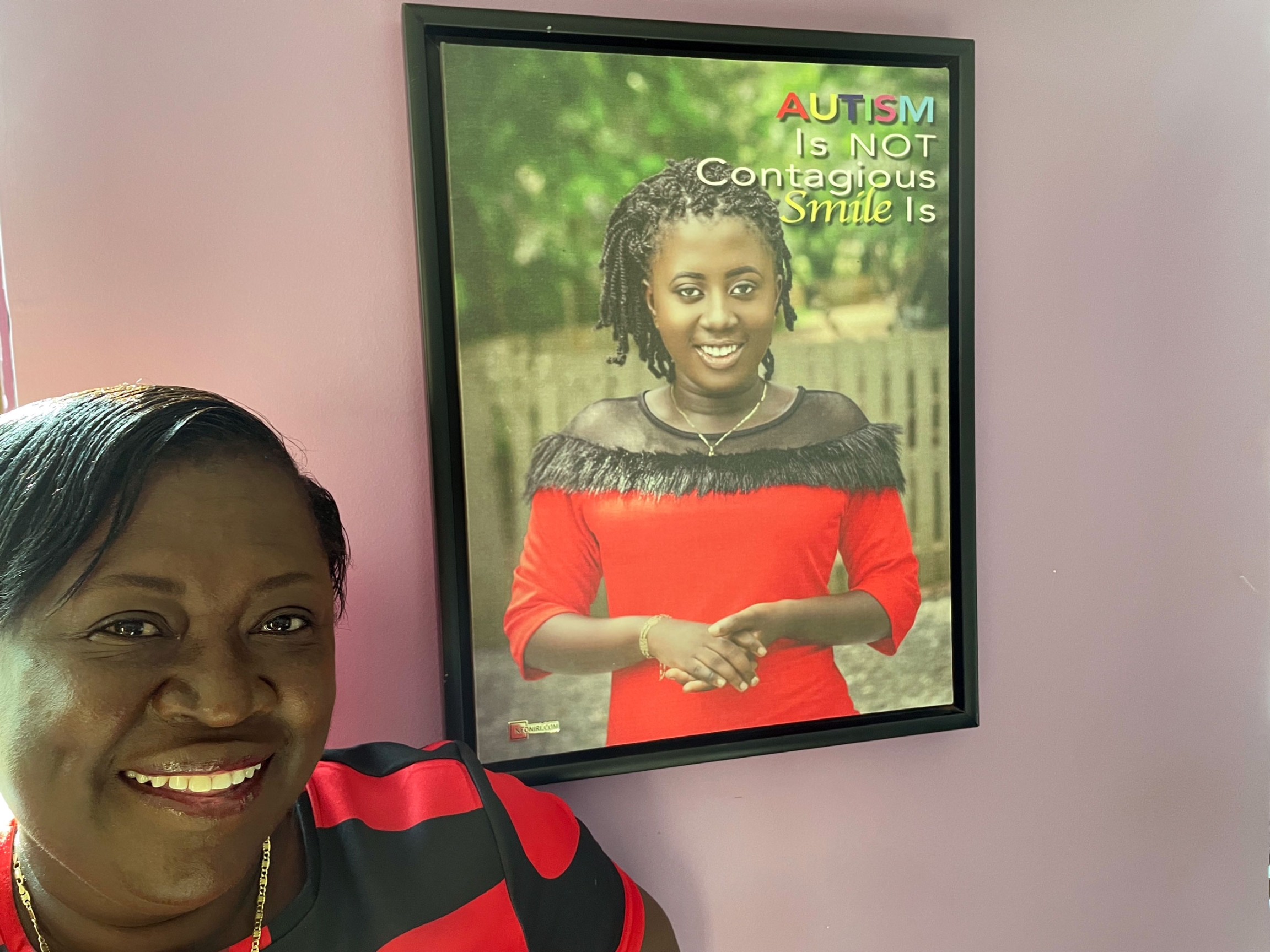 The abilities of people on the autism spectrum can vary and evolve over time. Some can live independently while others have severe disabilities that require lifelong care and support.

Kufour encourages parents and caregivers to focus on creating opportunities for children with autism to thrive.

"It is OK to cry, but you don't need to wallow in your own pity for long."

According to UNICEF, nearly 240 million children with disabilities face barriers to basic needs including nutrition, health and education.

The country’s 2016 inclusive education policy aims to increase access for children with disabilities in public schools. But the government has yet to fully implement it.

Instead, parents must enroll their children with special needs in learning centers that can cost more than $3,000 per year — a cost-prohibitive fee for most families.

Kufour is able to accommodate families with highly subsidized rates through donations and personal funds.

She said she’s on a mission to demystify autism and advocate for all children with disabilities. The majority at her center have autism while others have Down syndrome or undiagnosed, developmental delays.

At the center, instructors use everyday routines to teach communication and social skills. Students attend daily therapy sessions and visit with a neurodevelopmental pediatrician. 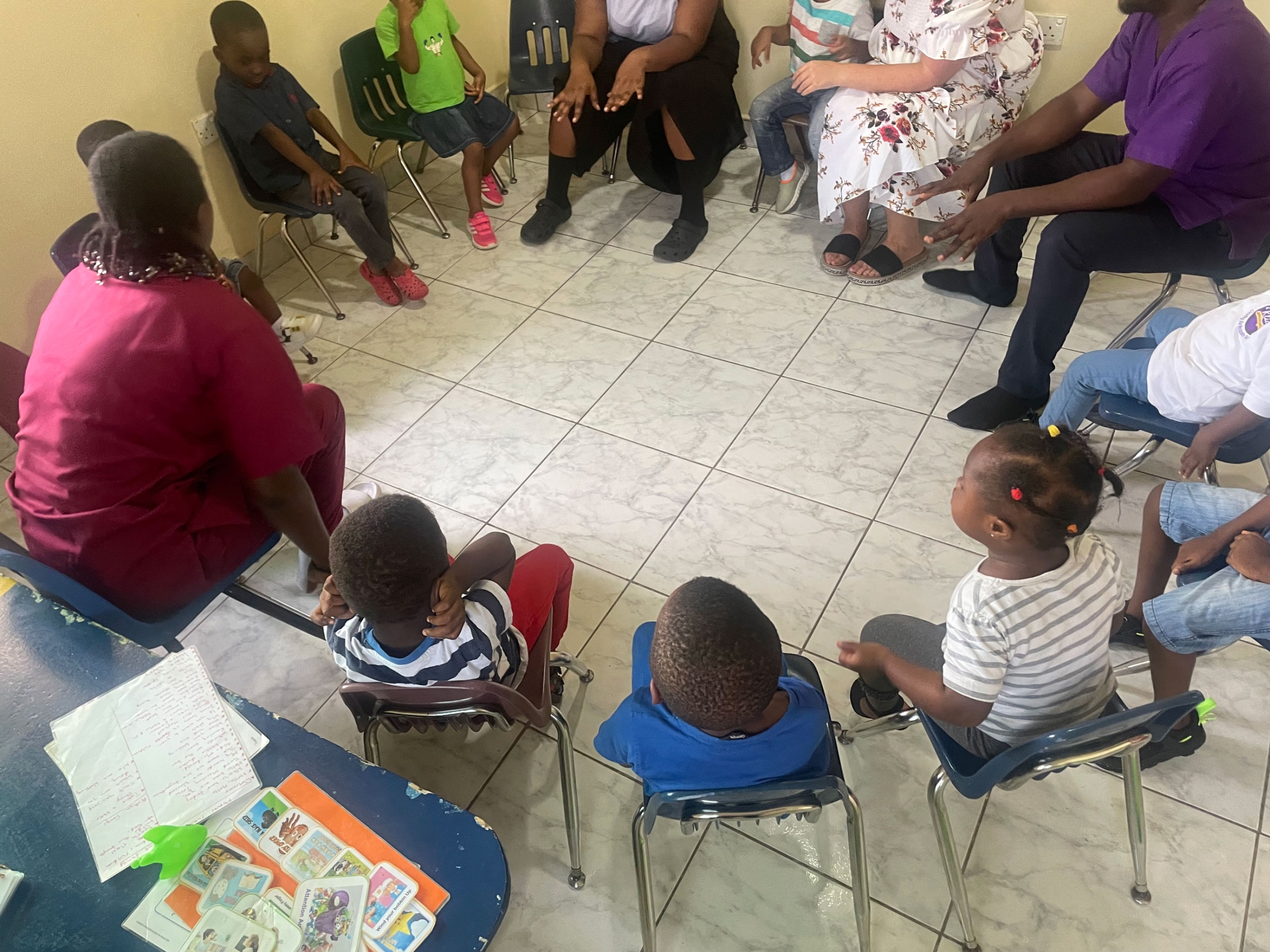 Elyse Aba Acquah, 16, is on the autism spectrum. Her instructors said she has shown significant improvement with her communication and comprehension skills. 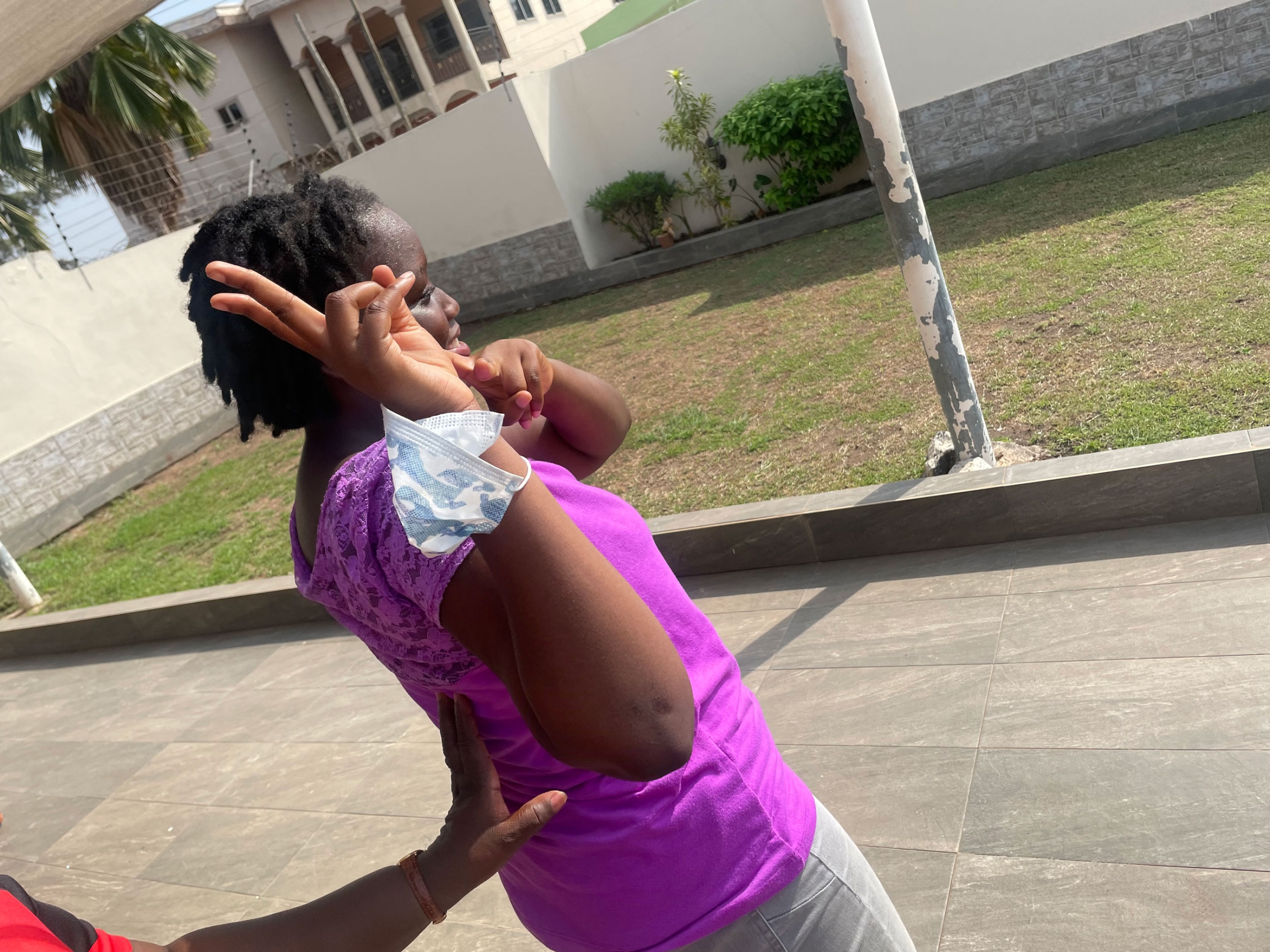 Elyse Aba Acquah, 16, is on the autism spectrum.

Children with special needs are routinely left out of mainstream education. The COVID-19 pandemic has only exacerbated the education gap.

A 2021 UNICEF report reveals that children with disabilities have 42% fewer chances of achieving foundational literacy skills. The probability of never attending school is 49% higher for them.

Kufour spreads awareness about these challenges by livestreaming with her 400,000 Facebook followers. She said she is already seeing a shift among parents and caretakers.

Kufour is not alone in her advocacy efforts for children with autism.

The project is a confidence-booster for parents and their children alike. Antonio said that she hopes that the pageant will open more opportunities for the youth.

“It’s been my prayer that corporate institutions or someone will use them as brand ambassadors so that people can see them on billboards and [on TV],” she said. 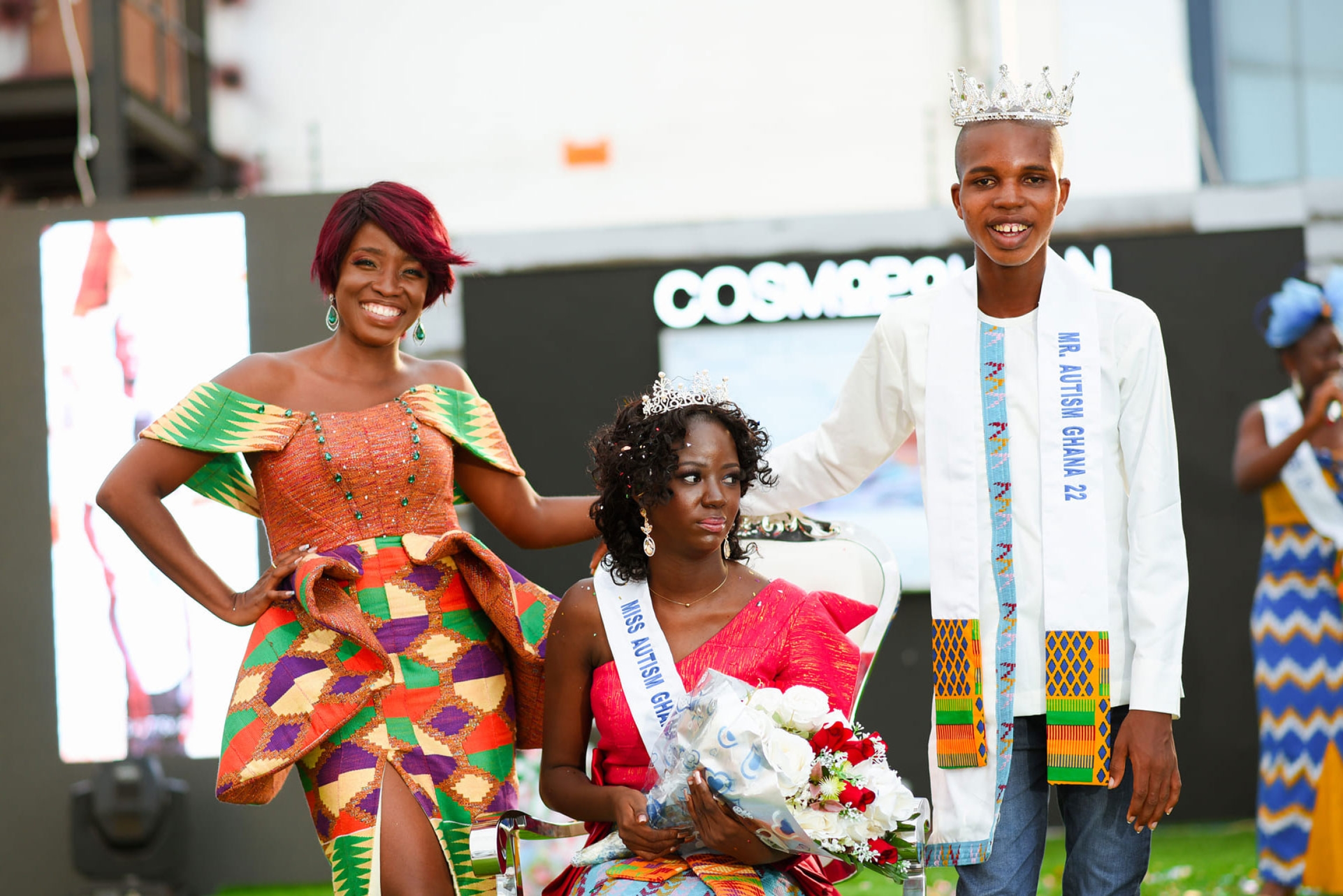 Afi Antonio (left) stands next to the winners of the 2022 Mr. and Miss Autism Ghana Pageant.

Kufuor said that with increased awareness and support, all children with special needs can lead full lives. Her daughter has already started showing interest in fashion and hopes to pursue a career in modeling.

“Inclusive education cannot be preserved for those who can afford it,” she said, adding that all children deserve to reach their full potential. 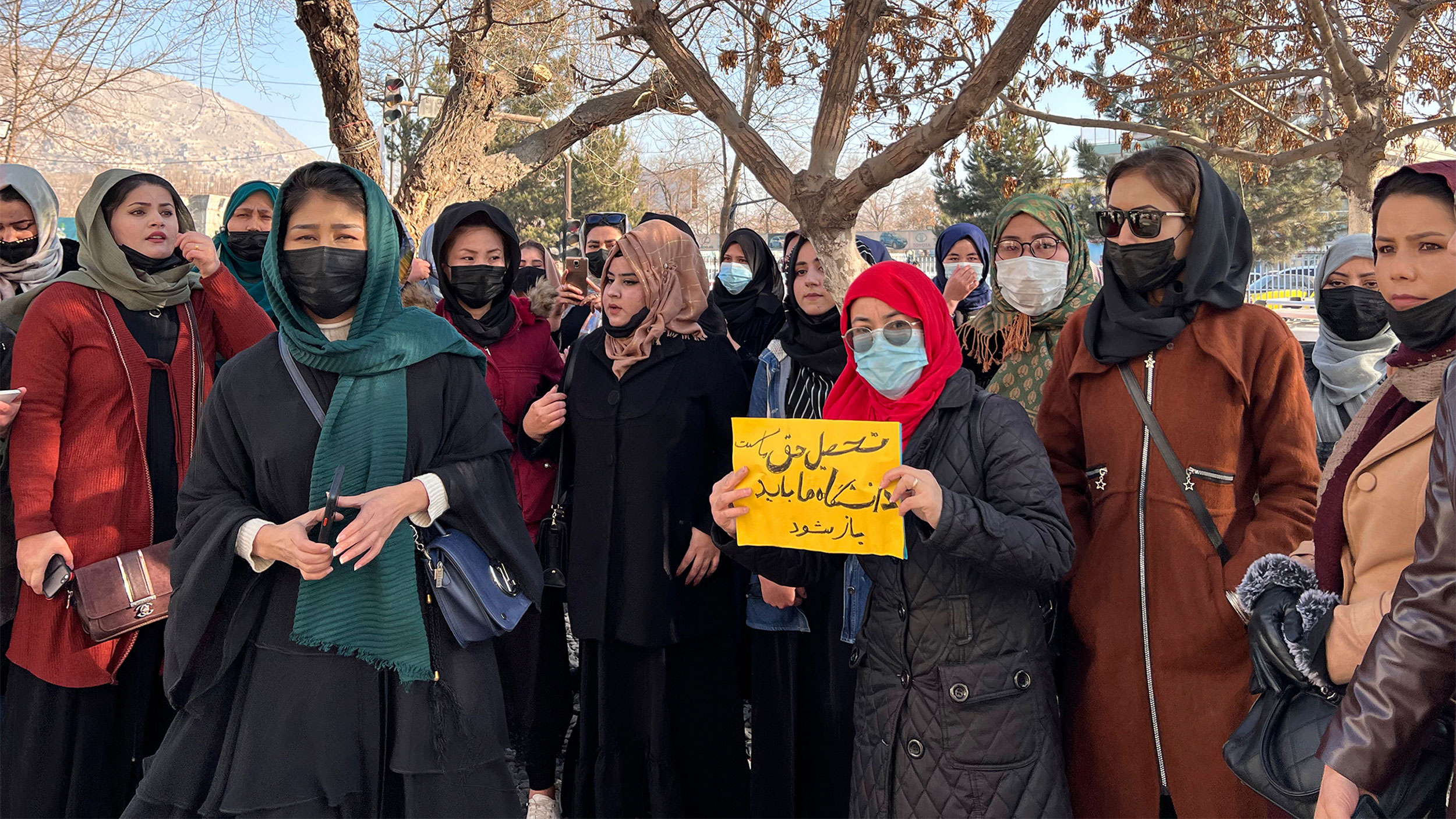 Education for women 'is an Afghan value and an Islamic right,' says male professor in solidarity against university ban 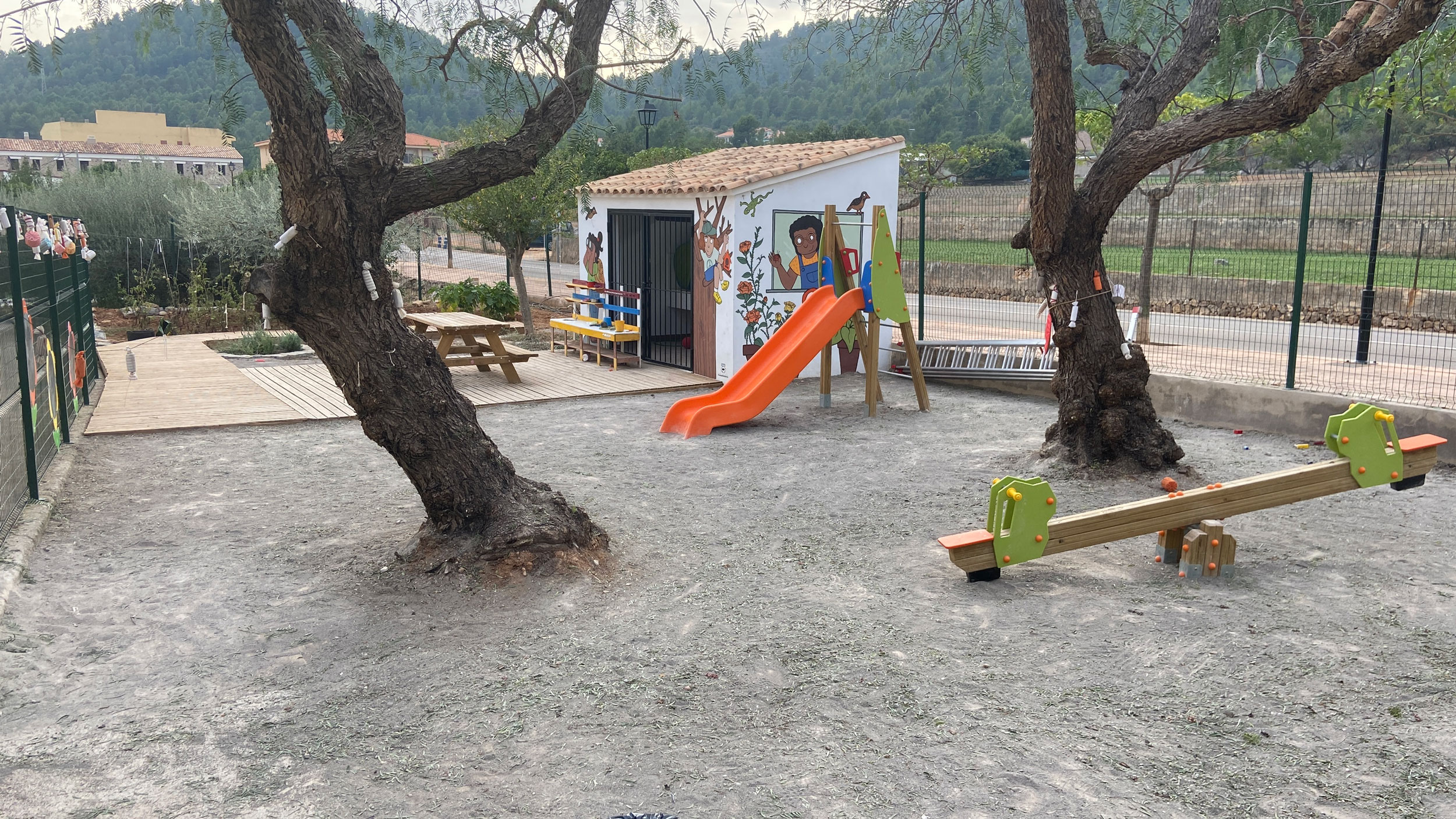 A school reopens in this small Spanish village after 47 years 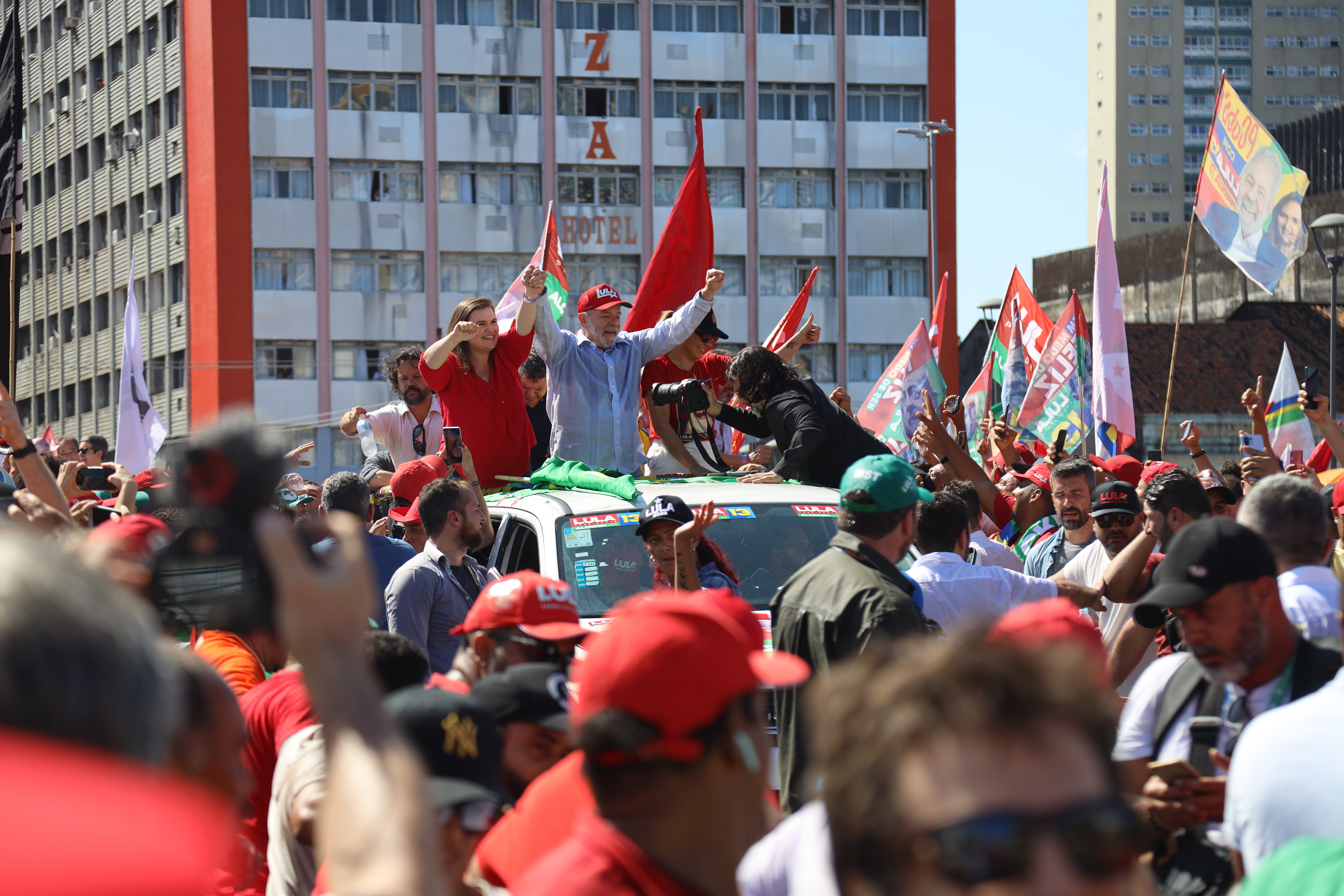 Brazil election puts fate of public education in the spotlight 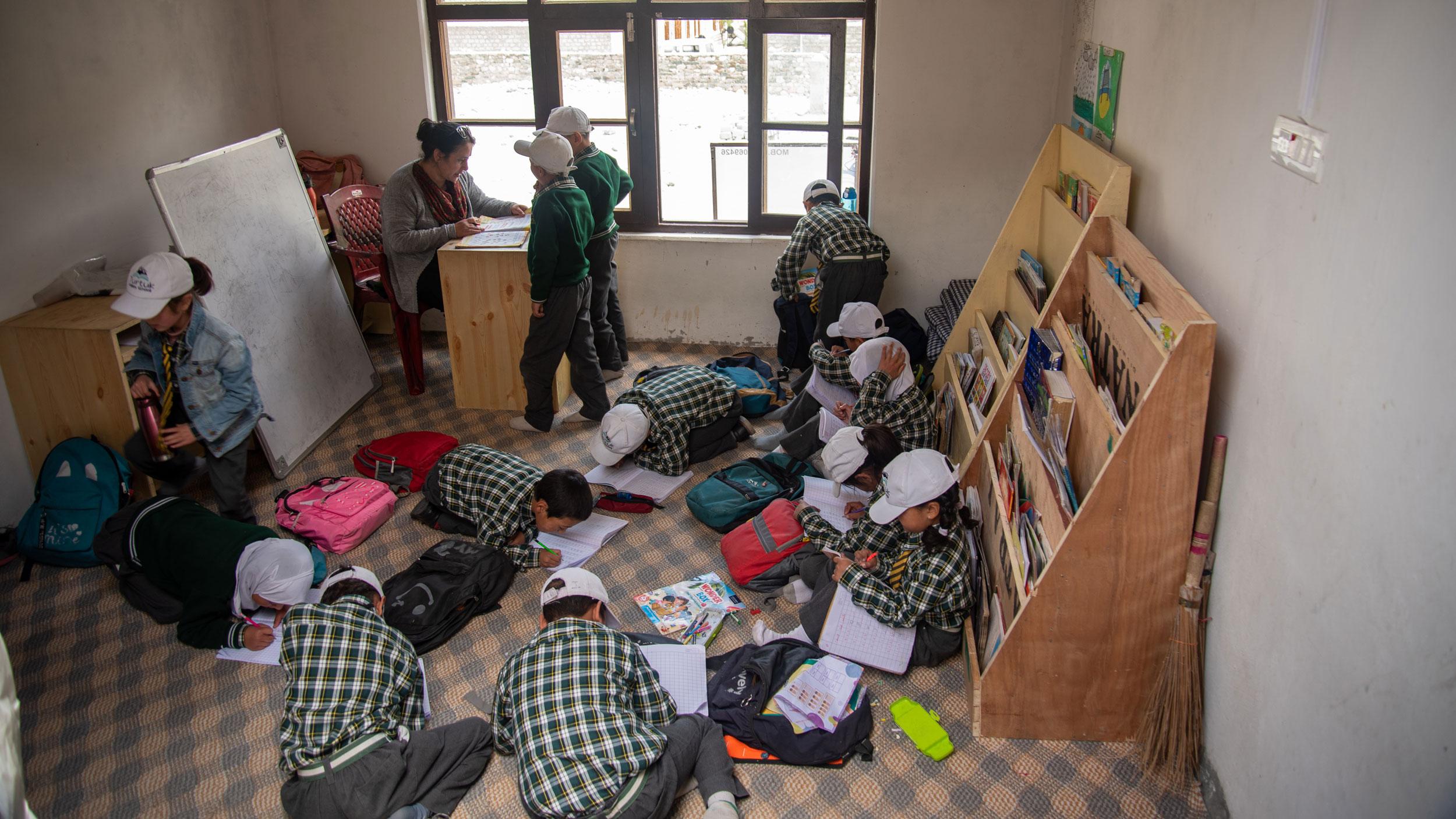 « Tanks for Ukraine are ‘ready to go’ when Germany and US strike a deal, retired Navy Adm. says (Previous Post)
(Next Post) Shakira’s latest hit slamming her ex breaks records for Latin artists on YouTube »