China sharply criticized NATO because of Ukraine and Taiwan

The West requires Beijing to “play by the rules”

Amid the unfolding Ukrainian crisis, China has made harsh statements against NATO. In response to the British Foreign Secretary's warning that Beijing must “play by the rules”, China's Foreign Office said NATO was fueling conflict. 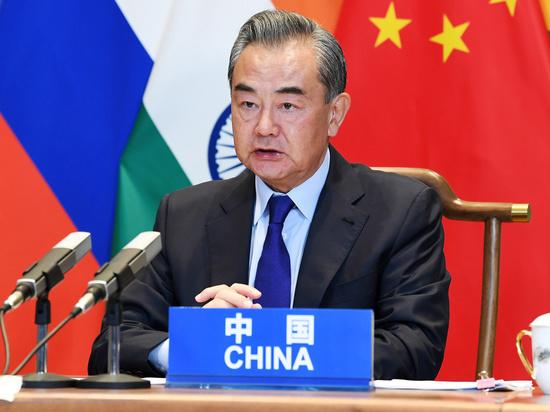 The Chinese Foreign Ministry has accused NATO of unrest in Europe and fueling conflict in the Asia-Pacific region after the British foreign secretary told China that it must “play by the rules,” writes The Guardian.

Speaking in London, British Foreign Secretary Liz Truss reiterated the call for NATO to be strengthened in the wake of the conflict in Ukraine and said coordinated action to isolate Russia from the world economy proves that democratic market access is no longer a matter of course. In this regard, Liz Truss also sent a direct warning to China. “Countries must play by the rules. And that includes China,” she said.

On Thursday, Wang Wenbin, a spokesman for the Chinese Foreign Ministry, dismissed Liz Truss’s comments and accused NATO of requiring other countries to comply with basic norms while while it “senselessly wages wars and drops bombs on sovereign states, killing and displacing innocent civilians.”

In her speech, Liz Truss said that NATO needs to pre-empt threats in the Indo-Pacific region and extend its views to non-member “democracies” such as Taiwan, which Beijing considers a province of China. She suggested that China's economic growth, now the world's second largest economy, could be aimed at bringing Taiwan back.

“China won't continue to grow if they don't play by the rules. China needs trade with the G7. We, the Group of Seven, represent about half of the global economy. And we have a choice,” said Liz Truss. “We have shown with Russia what choices we are ready to make when international rules are violated.”

China has refused to condemn Russia's military operation in Ukraine, prompting criticism and calls from Western governments to exercise influence over Moscow. The recent China-EU summit was tense as Chinese officials resisted pressure from their European counterparts over the Ukraine crisis. Premier Li Keqiang said that Beijing will pursue peace “in its own way”.

Beijing is vehemently opposed to linking the conflict in Ukraine to its relationship with Moscow and has said it will protect the rights of Chinese citizens and companies. On Thursday, Wang said China's position on the conflict is “consistent and clear.” “We have always made independent judgments based on the merits of the case,” he said, without adding any details.

The Chinese edition of the Global Times, commenting on the speech of Liz Truss, writes that the statements of the head of the British Foreign Office are “the most egregious and ambitious statements by American and Western politicians about the “globalization of NATO”.

“Since the outbreak of the Russian-Ukrainian conflict, some politicians in the US and the West have constantly distorted the facts, deliberately linking the Russian-Ukrainian conflict with the Taiwan issue in an attempt to play the “Taiwan card” to contain China,” writes the Chinese edition. “Truss took advantage of the Ukraine crisis to fan the 'Chinese threat' even before the conflict started.”

“There is a real frenzy in British foreign policy right now because of the Ukraine crisis,” says a Global Times editorial. Truss claimed that she would become a “modern Thatcher”, but she only looks like the head of the London office of the US State Department. Since taking office as British Foreign Secretary, Truss has pointed the finger at China on almost every major China-related issue, including the Taiwan issue, as well as the problems of Hong Kong and Xinjiang. She followed the example of Washington. And the pragmatism of diplomacy that the British once talked about is increasingly slipping into opportunism and radicalism.”