The refrain, “after the Party Congress,” has been heard constantly in China. It refers to the idea that once this week’s official National Congress of the Communist Party meeting wraps up on Friday, maybe things will get back to normal after a series of strict pandemic lockdowns.

Delegates applaud as Chinese President Xi Jinping speaks during the opening ceremony of the 20th National Congress of China's ruling Communist Party held at the Great Hall of the People in Beijing, China, Sunday, Oct. 16, 2022.

Zhang Mancheng and his wife run a small sushi restaurant on a café-lined street in Shanghai. Since the start of the pandemic in 2020, they have had to close their four other restaurants one by one. This sushi place, he said, is hanging on by a thread.

“Everyone’s suffering this year because of the COVID measures,” Zhang told The World. “Our customers don’t have as much income as before, so they’re spending less. Including me, I’m spending less too.”

Bars and restaurants on this Shanghai street used to be packed every night, with people overflowing onto the sidewalks. Today, the only lines are people waiting for COVID-19 tests.

For small business owners, there’s a lot at stake in this year’s week-long National Congress of the Communist Party, and they’re watching developments more closely than usual for signs of change. The refrain, “after the Party Congress,” has been heard constantly in China, referring to the idea that once this week’s big official meeting wraps up on Oct. 21, maybe things will get back to normal.

The Oct. 16 opening ceremony was live-streamed everywhere from bus stops to Buddhist temples. But while the party elite meets in Beijing and applauds for Chinese leader Xi Jinping, elsewhere COVID-19 lockdowns are still wreaking havoc. Small business owners are some of the hardest hit.

Dan Wang, chief economist at Hang Seng Bank, told The World that the unpredictable nature of the pandemic in China and the ensuing lockdowns have had a huge impact because businesses don’t know how to plan ahead.

“When they see one lockdown, they might want to wait it out,” she said.

“And when it’s over, they would think, OK, maybe there is no next one, but this year it was like one after another,” she said. “People have been waiting and that kind of just stops all kinds of investment.”

They just want to wait it out and see what's going to happen after the Party Congress, she said. 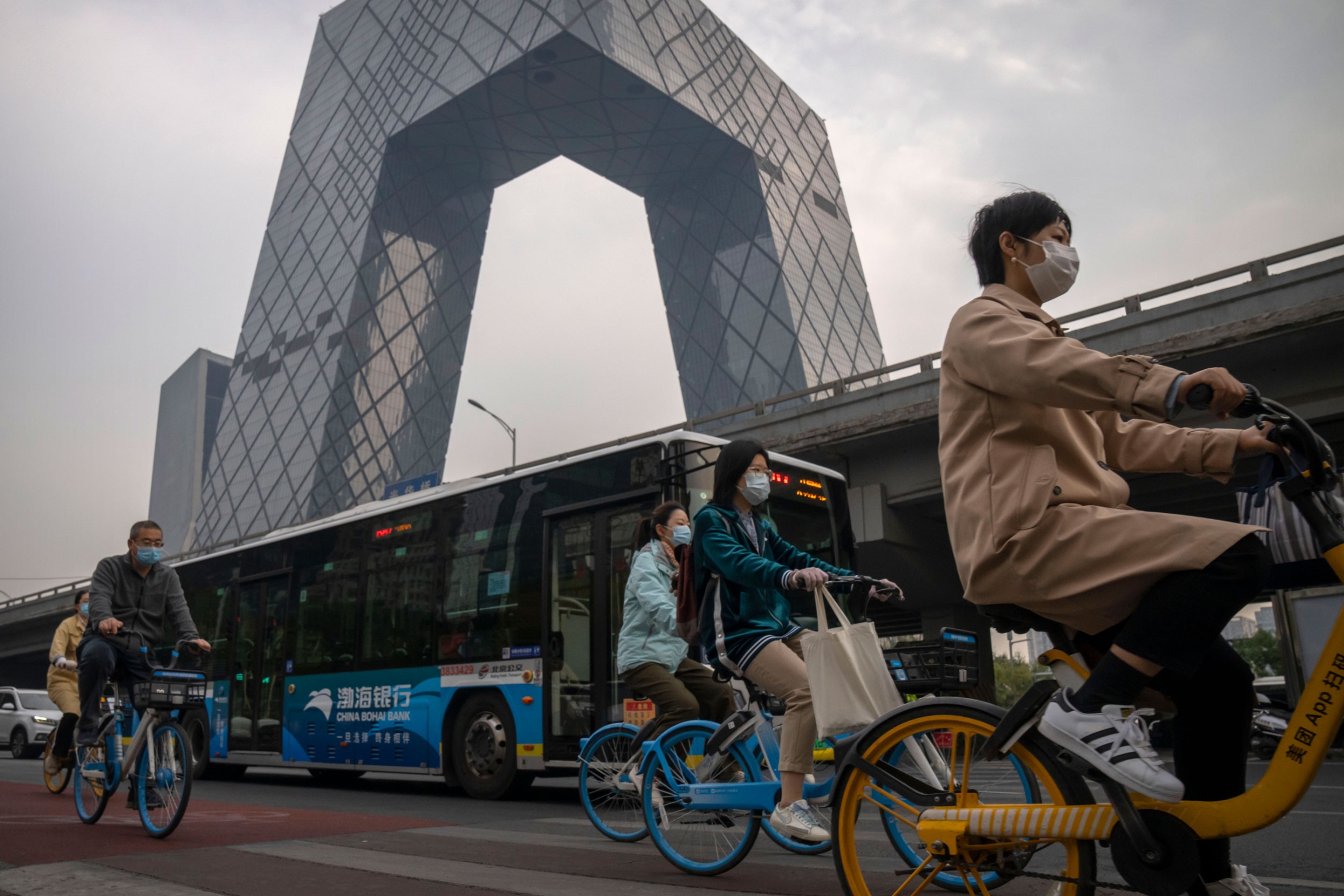 Zhang, the sushi restaurant owner, said he hopes that after the Party Congress, the government will ease COVID-19 restrictions soon. And he said he hopes they might announce some economic stimulus for small businesses.

But in a speech on Oct. 16 at the opening of the Party Congress, Chinese leader Xi Jinping once again stood behind his zero-COVID-19 policy. He made no mention of a stimulus plan for businesses.

“I think the hope was that after the party Congress, the zero-COVID policy would be greatly relaxed,” she said. “But from the signals sent out so far, it's not going to happen. It would be pretty much a continuation of what we see right now.”

That means, she said, the private sector will be squeezed even more than before. Currently,  1 in 5 young people in China is unemployed. Key economic data which was due to be released this week has been delayed indefinitely, leading analysts to speculate that economic growth could be slower than expected.

Big cities like Shanghai and Beijing are feeling the brunt of the slowdown. But even in smaller places there are signs of a struggling economy.

In a small town in central Henan Province, boarded up shops on a main shopping street have “for rent” signs outside. Liu Juan owns a shoe store across the street. She said she did OK during the first two years of the pandemic, but this year fewer people are coming into her shop.

“These days people are only willing to spend on absolute necessities, like food,” she told The World. “So if they don’t need a new pair of shoes, they’re not going to spend money.”

Liu and her family suffered another setback last year. Government policies forced her other business — an afterschool tutoring center — to close. She says the family lost half its income.

“All the desks are still in the classrooms,” she said. “We’re waiting to see whether we might be allowed to reopen.”

Others are not willing to wait. Fox Li runs a small foreign trade company in Beijing, exporting products abroad. He said he and his wife have made preparations to leave China with their 5-year-old son.

“I’m not confident about China’s future,” he said. “I’m worried about the economy and also about the political future of the country.”

He has sold the family’s apartment and is preparing to apply for foreign citizenship. Li said he worries that after the Party Congress ends, things will get much worse.

“I want to leave China while we still can,” he said, “and not to get caught up in the chaos.”

But for others, there is no such easy escape route. Back at the sushi restaurant, Zhang and his wife said they don’t have the resources to start over somewhere else.

“This year has been difficult,” he said, “let’s just wait and see whether next year is better."

As the Party Congress ends, he and others are still waiting for things to improve.