Colombia and Venezuela reopen shared border after years of closure

Residents from Colombia and Venezuela turned out in large numbers last week to welcome the reopening of their shared border to vehicles. Two commercial trucks, covered with the respective flags of each country, crossed the border point, marking the end of seven years of closure.

The border between Colombia and Venezuela had been one of the busiest in South America. Commercial trade between the two nations was worth nearly $8 billion a year.

But back in 2015, Venezuelan President Nicolás Maduro closed the border amid a wave of violence and crime. Then, in 2019, the two countries cut diplomatic relations under Colombia's conservative president, Ivan Duque. Since then, no vehicles were allowed to move across the shared border.

That is, until last week, when the two countries reopened the border to commercial trade.

Before the reopening, the border closure had paralized official trade. And since cross-border flights were also canceled, the only way to travel between Colombia and Venezuela was by foot. 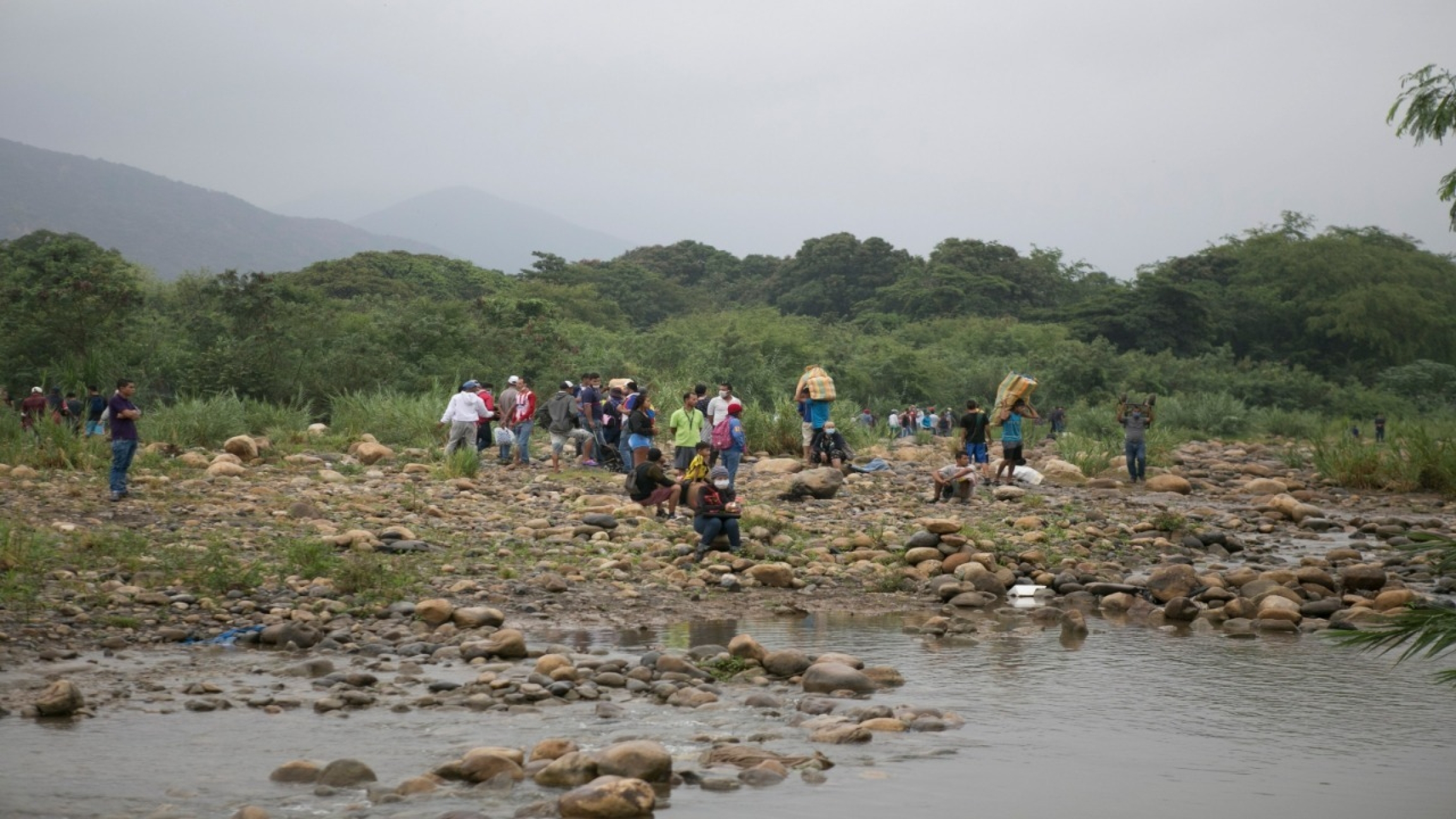 While the border between Colombia and Venezuela was closed for seven years, people found other, illegal ways to cross between the two countries.

And with no walls or natural obstacles, the border was still relatively easy to cross, according to Miguel Angel Morffe, a longtime resident of Cucuta, Colombia, and the director of Gobernar, an organization that studies border dynamics in the country.

Morffe said that people built more than 200 illegal pathways along the 1,400 miles of border, and those became the main exit routes for millions of Venezuelans fleeing the country. They also allowed people to keep up informal trade on the black market.

Morffe said these cross-border paths are controlled by criminal groups that have plagued both countries for years. They charged fees for anyone who uses them, which also turned out to be a big business.

No one really knows how much money these criminal organizations were getting for operating along the border, but thousands of people were said to have been crossing every day.

The decision to reopen the border has been popular among residents in both countries because it might help to reduce crime, corruption and illegal business.

It might also help Venezuela’s troubled economy, according to Luis Vicente Leon. He’s an economist and political analyst at Datanálisis, a think tank in Venezuela.

“Formal companies and serious bilateral businesses now have an opportunity to return to activity in the area,” Leon said. “In addition, imports of Colombian raw materials and supplies to Venezuela can be very useful to stimulate production in Venezuela.” 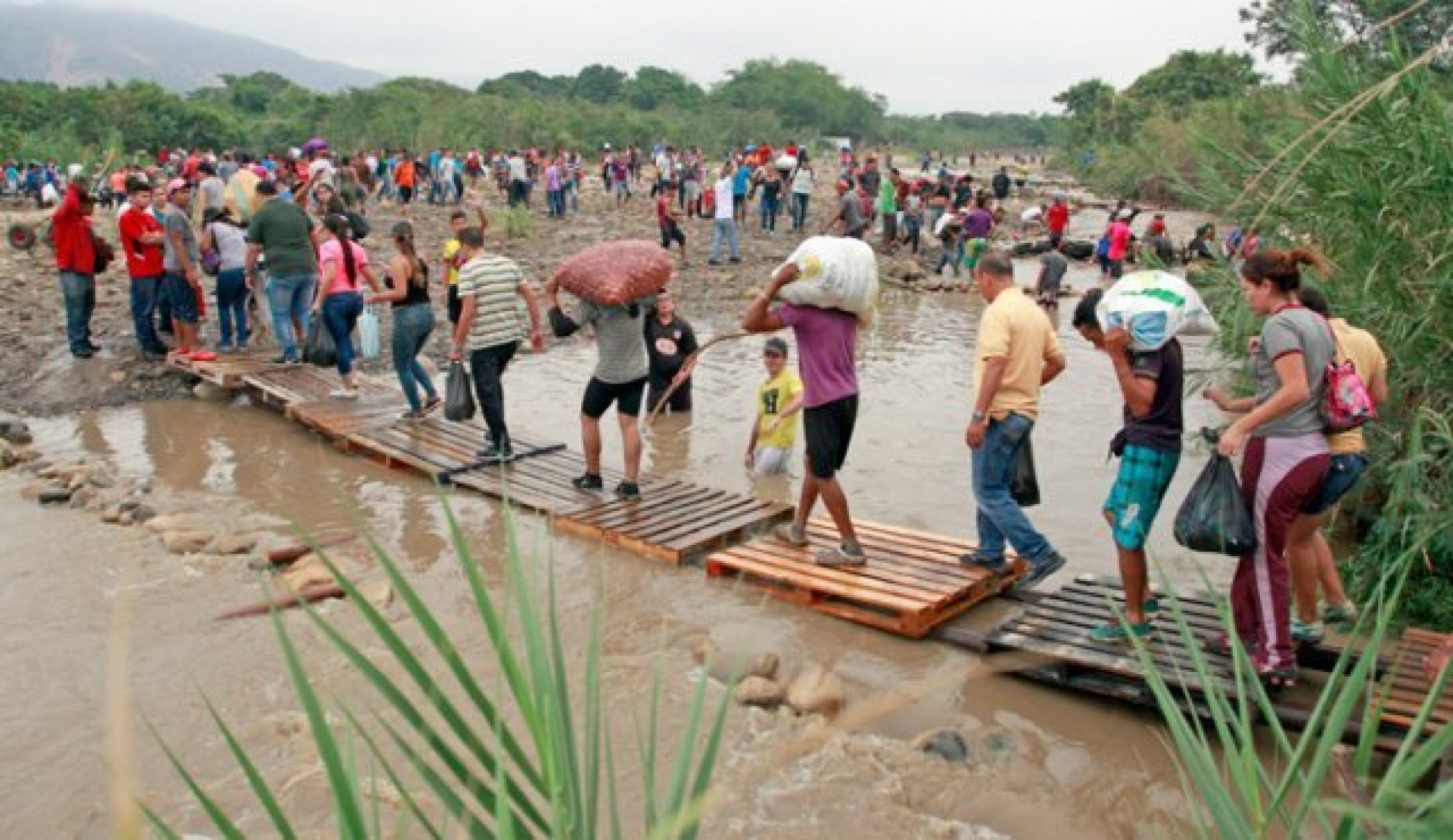 People have built hundreds of illegal pathways along the 1,400 hundred miles of border between Colombia and Venezuela.

Colombia’s first-ever left-wing president, Gustavo Petro, came to power in August. And he made improving relations with Venezuela a priority.

In a ceremony at the border last week, he said, “May this bridge be more than cement, but the way to build progress for both countries.”

Leon said he agrees that reopening the border to vehicles represents a turning point for the two countries that have been at odds for years.

“The opening of the Colombian Venezuelan border is an opportunity for the entire region today, turning towards leftist governments of differing intensities to seek solutions and negotiations on a regional framework,” he said.

« ‘It will be a challenge’: Lula, Bolsonaro head to runoffs in tight Brazil elections (Previous Post)
(Next Post) Maine’s lobster industry is still feeling the effects of the trade war with China »