Most of the world’s permafrost lies in Russia. Critical research looks at how melting permafrost contributes to global warming. But sanctions against Russia this year have disrupted field work and threatened collaborations among scientists.

An iceberg melts in Kulusuk, Greenland near the arctic circle, Aug, 16, 2005. A new report finds permafrost in the Arctic is thawing faster than ever before.

Flying over the sprawling region of Yakutia — also known as the Republic of Sakha — in Russia's Far East, the landscape below fans into a flat expanse of tundra pockmarked with small lakes that formed by thawed permafrost.

Yakutia is a remote, sprawling region of Russia, nearly the size of India. Much of it rests on permafrost — essentially ground that remains frozen for multiple years. Yakutia is one of the coldest places on the planet, but it’s also one of the fastest warming ones. The changing climate thaws permafrost, releasing climate-changing carbon and methane gasses that increase global temperatures even further.

Scientists estimate thawing permafrost could eventually warm the climate by as much as all of the emissions produced by the United States combined.

Most of the world’s permafrost lies in Russia, but the war in Ukraine is now disrupting critical research there.

“When we do our analysis of where the environmental and ecological gaps are, Russia just lights up,” said Sue Natali, the Arctic program director of the Woodwell Climate Research Center.

For decades, scientists from the US and Europe traveled to faraway parts of Russia, like Yakutia, each year to launch new permafrost research in collaboration with Russian scientists.

But since the war started last February, many Western universities and research institutions have stopped funding permafrost research in Russia. A combination of moral opposition to the war, fear that foreign researchers might face safety issues while traveling in Russia, and the practical impossibility of funding research projects in the face of sanctions that make it impossible to transfer money, have all played into the decisions.

Russian scientists have also been banned from attending some scientific conferences.

“I’m very sad, the world is losing a great opportunity for exchange between the international research community,” said Alexander Kholodov, a permafrost researcher at the University of Alaska Fairbanks, who has been restricted from visiting his research sites in Russia.

In the past, Kholodov and other researchers helped their Russian colleagues by bringing scientific equipment to Russia that was either not available in the country or too expensive.

“Historically, in terms of permafrost science, Russia is one of the pioneers,” Kholodov said. 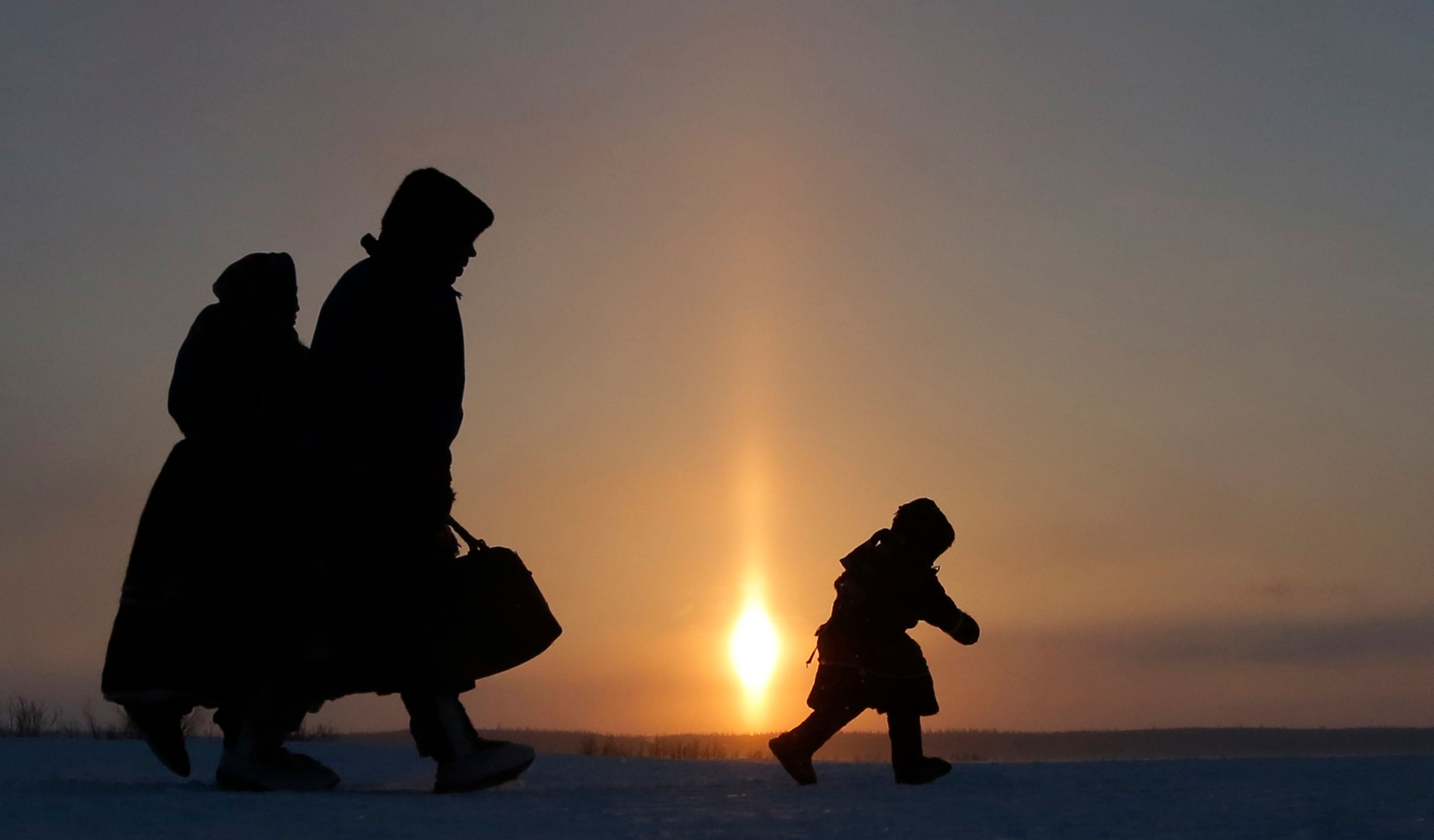 In this photo taken on Sunday, March 15, 2015, a Nenets family in the city of Nadym, in northern Siberia, Yamal-Nenets Region, about 1,553 miles northeast of Moscow, Russia. In a study published Wednesday Jan. 16, 2019, scientists working on the Global Terrestrial Network for Permafrost, say the world’s permafrost is getting warmer, with temperatures increasing by an average of .54 Fahrenheit over a decade.

As the climate changes, rainfall will likely increase in Yakutia. That could make permafrost thaw even faster and speed up global warming.

Each summer, Gabriela Schaepman-Strub, a professor of earth systems science at the University of Zurich, would travel to Yakutia to research how increased rainfall might affect permafrost. Schaepman-Strub set up testing sites with sprinkler systems on the tundra, including elaborate shelters with gutters and water pumps, to study the impact.

This kind of research can present quite a few obstacles. Schaepman-Strub’s research site, located in the Kytalyk National Park, is only accessible by a boat ride up the winding Indigirka River. Clouds of ravenous mosquitos swarm in the summer air and researchers sleep in large tents.

But after nearly 15 years of traveling regularly to Russia, her university also prohibited her from working in the region after the war broke out in Ukraine.

“We invested a lot of money and manpower to assemble the systems on site, so this is a huge effort that is just being totally lost.”

“We invested a lot of money and manpower to assemble the systems on site, so this is a huge effort that is just being totally lost,” Schaepman-Strub said.

This year, she attempted to continue her experiments remotely, by having Russian colleagues check in on her research sites during the summer. But they weren’t able to devote the same amount of time and quality control. Some of the equipment at the research site malfunctioned, ruining parts of the experiments.

Schaepman-Strub had planned to run the experiment for at least three more years. But to continue, she needs to send new water pumps to Russia, which is now difficult, given the restrictions on sending money or importing goods to Russia from the West.

If she fails to get the failed part of her experiment running again next year,  it will be destroyed due to overexposure to natural elements.

Her Russian colleagues have also been unable to send her this year’s data on soil moisture and temperature, since Russian authorities have implemented new restrictions on sharing data with scientists outside Russia.

“We always needed permission to export the data, but this year, permission is not being granted,” Schaepman-Strub said.

Many other scientists have also been denied the ability to receive scientific data or samples for experiments, like rocks used in geological studies.

Russian authorities have not officially stated why the scientific data is being withheld.

Meanwhile, Russian researchers are now having to do fieldwork alone.

Alexander Fedorov, deputy director of the Melnikov Permafrost Institute in Yakutsk, Yakutia's capital, said his institute had to reduce the amount of fieldwork they did this year by about half, in part because they lost so much foreign funding in 2022. They’ve had to redirect their work to things like creating computer models that can be done from an office.

“Global warming increases because of permafrost degradation and it’s a problem that’s continuing, so it will be very bad if we lose several years of data,” Fedorov said. 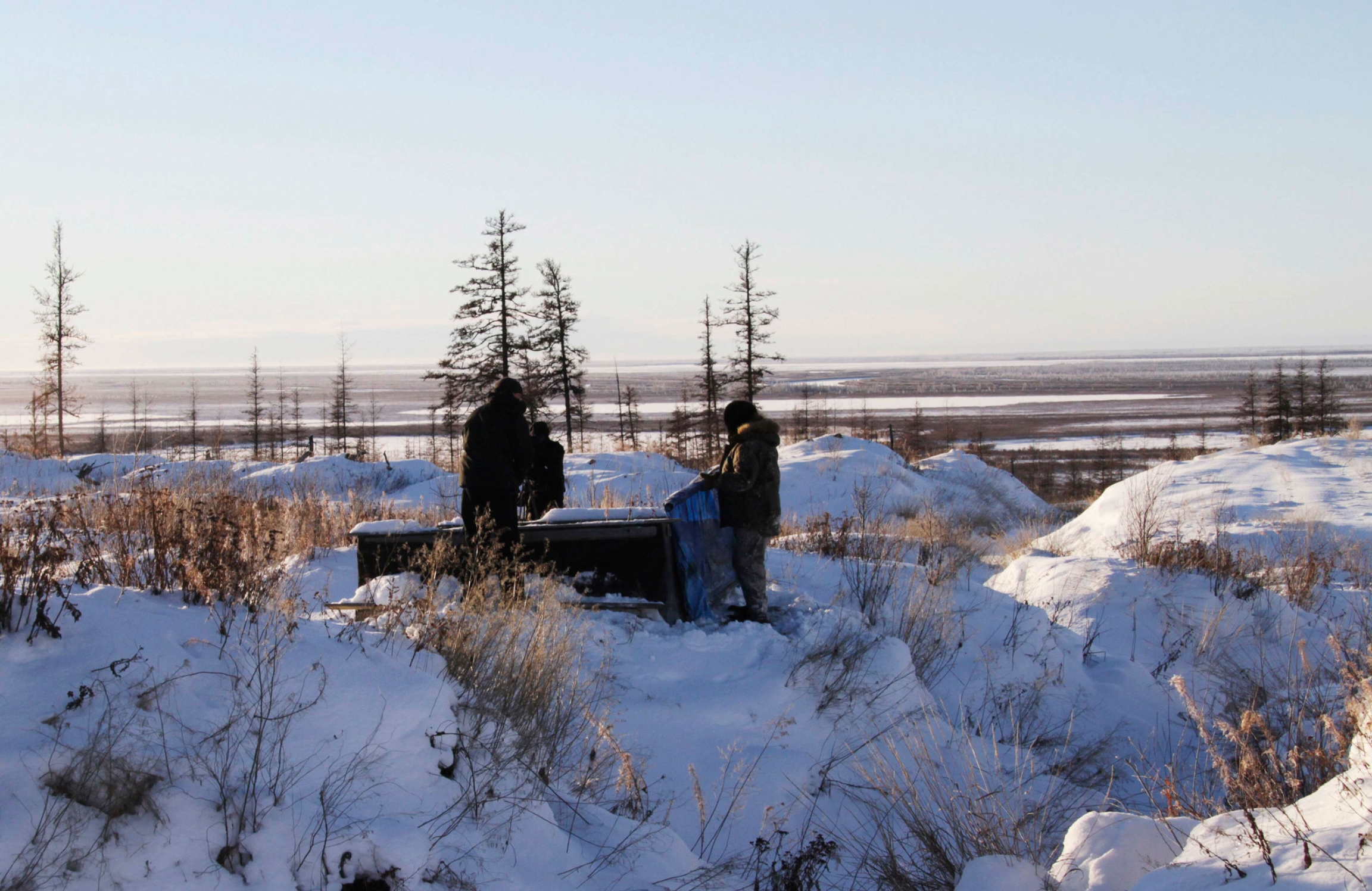 In this Oct. 27, 2010 file photo, Russian scientists Sergey Zimov and his son Nikita Zimov extract air samples from frozen soil near the town of Chersky in Siberia, 4,000 miles east of Moscow, Russia. Scientists say the world’s permafrost is getting warmer, with temperatures increasing by an average of .54 Fahrenheit over a decade.  between 2007 and 2016.

Most current climate models don’t fully account for how permafrost could contribute to global warming, which means current predictions about climate change might be incorrect.

“The big issue with greenhouse gas emissions from permafrost thaw is that we're not counting them,” said Sue Natali of the Woodwell Climate Research Center.

Natali has been working with an international team to establish a network of towers across the Arctic that monitor greenhouse gas emissions from permafrost zones. The valuable data they collect can improve climate models and allow the global community to make better-informed plans to prepare for climate change.

But this year, plans to send a new tower to Russia were also put on hold because of the war.

Natali’s institute hasn’t completely banned her from working in Russia, but many logistical complications remain. Natali and her collaborators plan to put up 10 new towers over the next three years across the Earth's permafrost regions. This year, they pivoted their plans from Russia and put up a new tower in Canada.

Their project continues to expand even with temporary changes.

And there’s still hope that they will be able to continue working with Russian scientists to correct inaccuracies in today’s climate models. 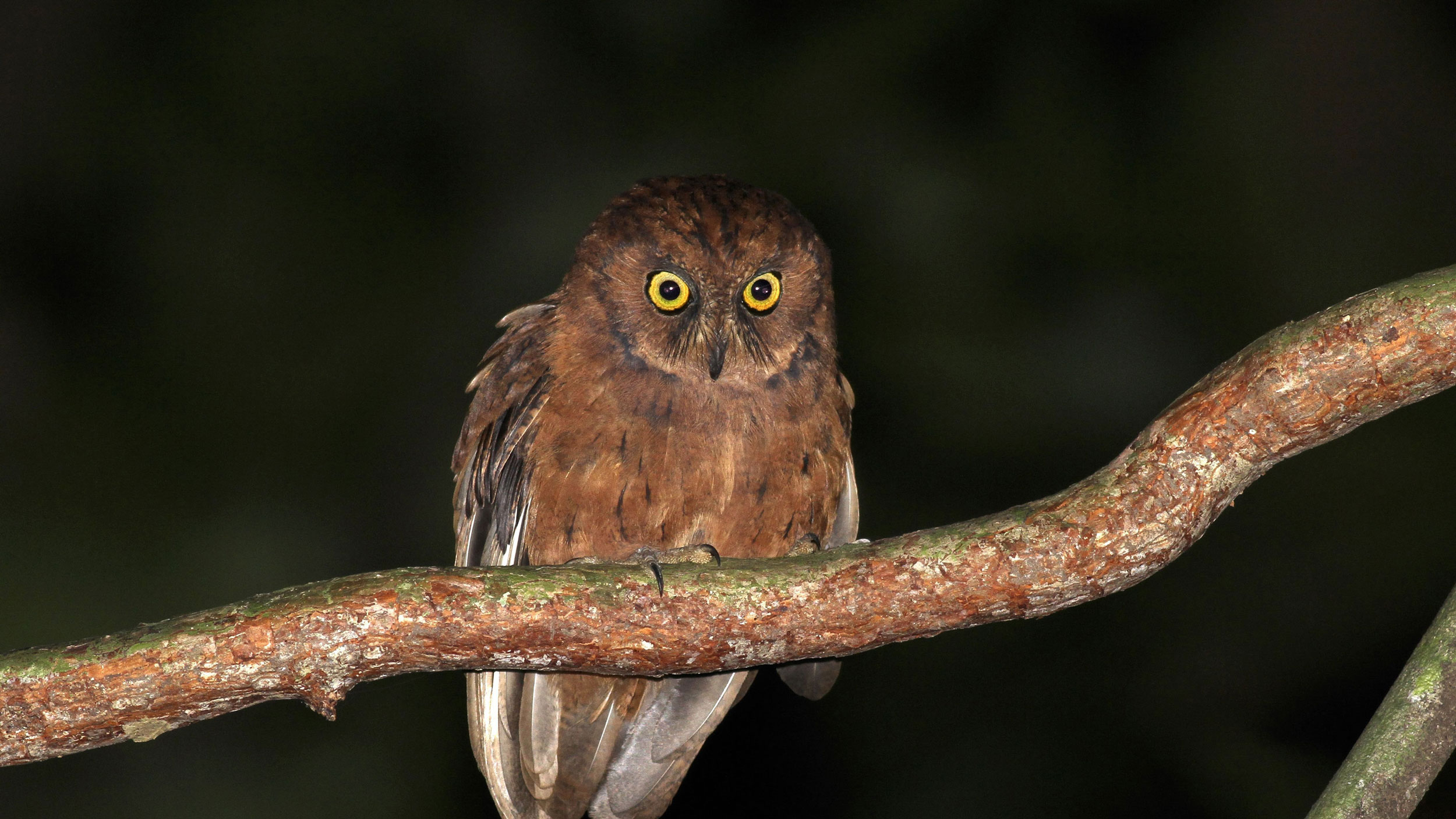 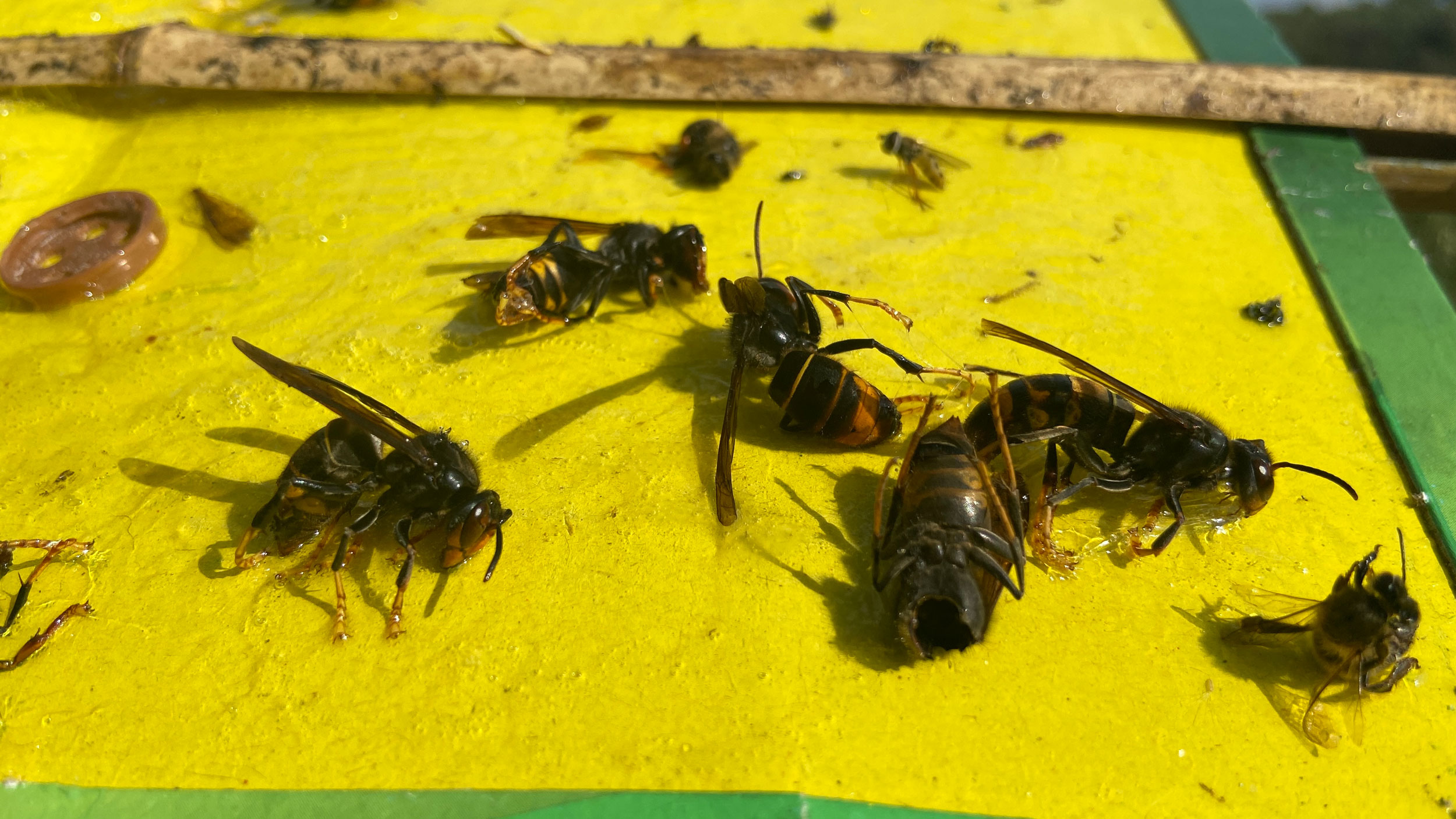 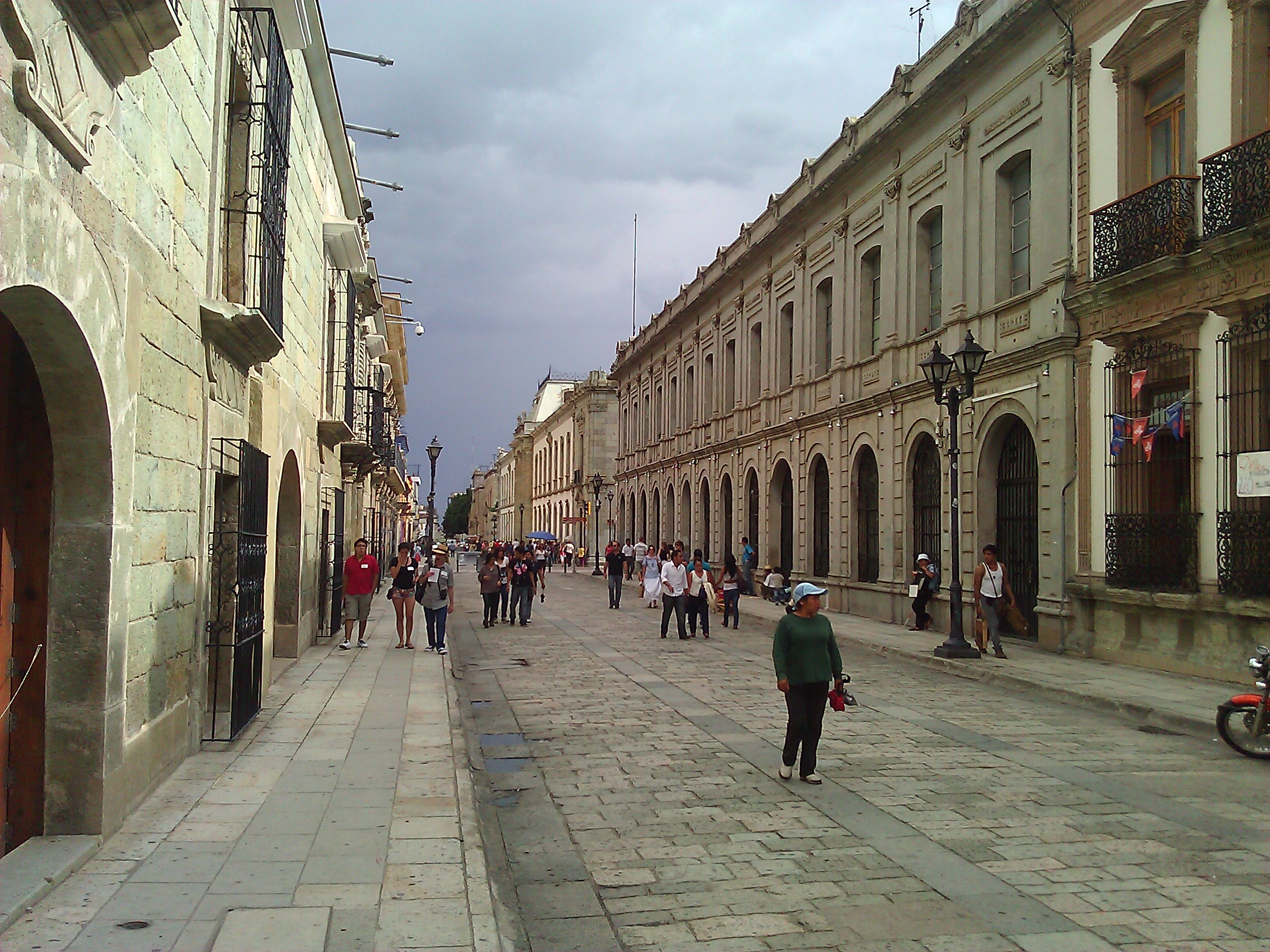 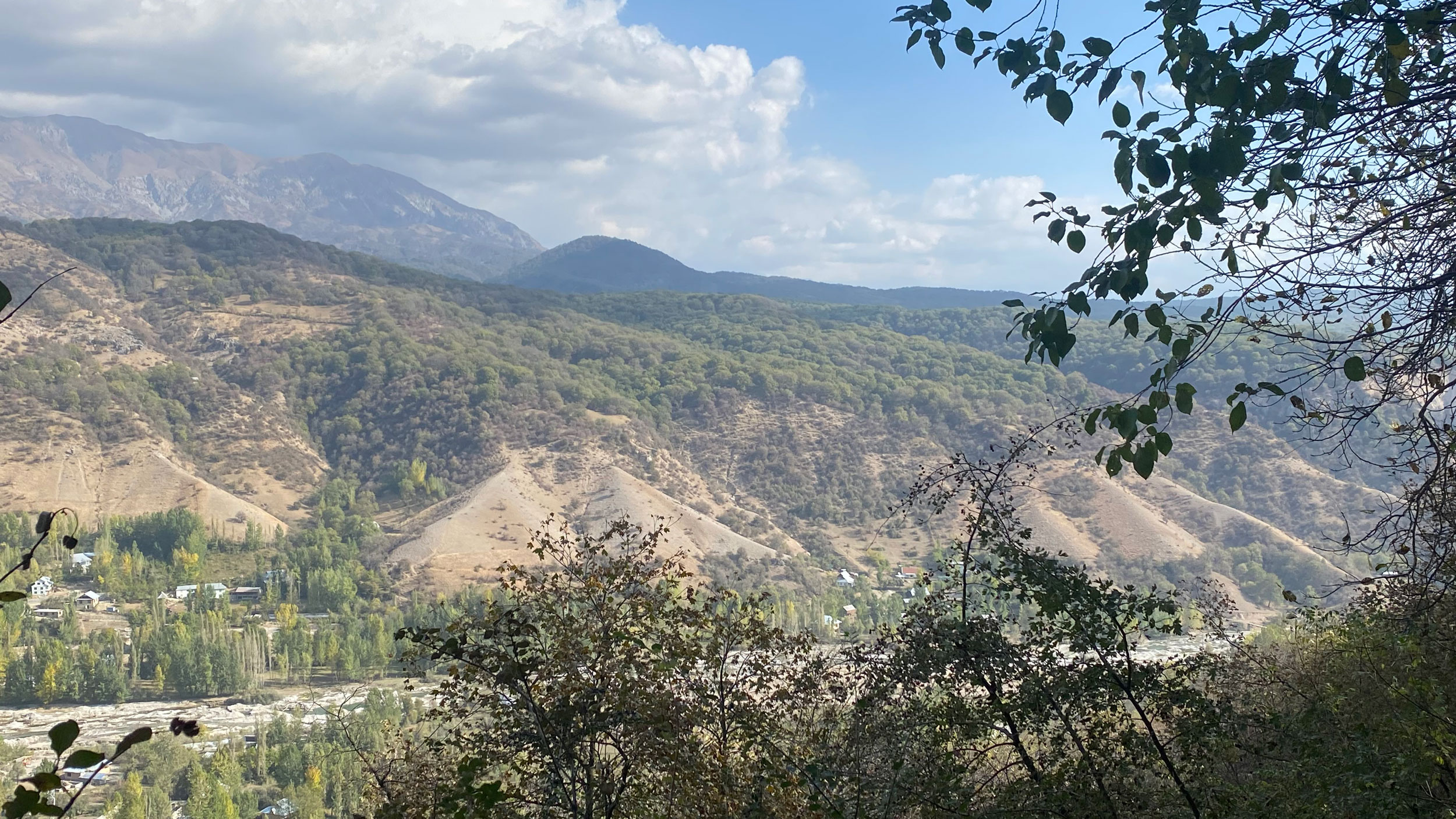 « A musical journey around the globe 2022, a playlist (Previous Post)
(Next Post) This Vermont couple created a home for Ukrainian refugees with a focus on children with disabilities »