Desperate Ukrainians crossing into Latvia while Russians are blocked

Latvia, like the rest of European Union countries, has closed its border to virtually all Russians — even those fleeing conscription into the army. These days, it’s desperate Ukrainians who are crossing into Latvia from Russia, most notably young men fearing they might be drafted, too.

Signs along the Latvia-Russia border.

Goran Dimitriev pulled along a suitcase as he walked the last 50 yards down a road from a Russian border hut and into Latvia.

Six days earlier, he had dropped his entire life and run from Kherson, Ukraine.

“I was trying to just live my life there,” Dimitriev said. “But after the referendum to join Russia, we knew we could be considered Russian citizens. I could have been drafted into Putin’s army.”

The Kremlin is mobilizing 300,000 more troops to join the invasion of Ukraine and Putin has annexed four Ukrainian regions after Kremlin-orchestrated referendums that the West denounced as shams.

Latvia, like the rest of European Union countries, has closed its border to virtually all Russians — even those fleeing conscription into the army. These days, it’s desperate Ukrainians like Dimitriev who are crossing into Latvia from Russia, most notably young men fearing they might be drafted.

Latvia has taken in some 30,000 Ukrainians since the war began on  Feb. 24, keeping them housed and fed,  including refugees like Dimitriev from Kherson.

“I worked as a shoe salesman back home,” he said. “It’s horrible to have it all taken away, especially our freedom.” 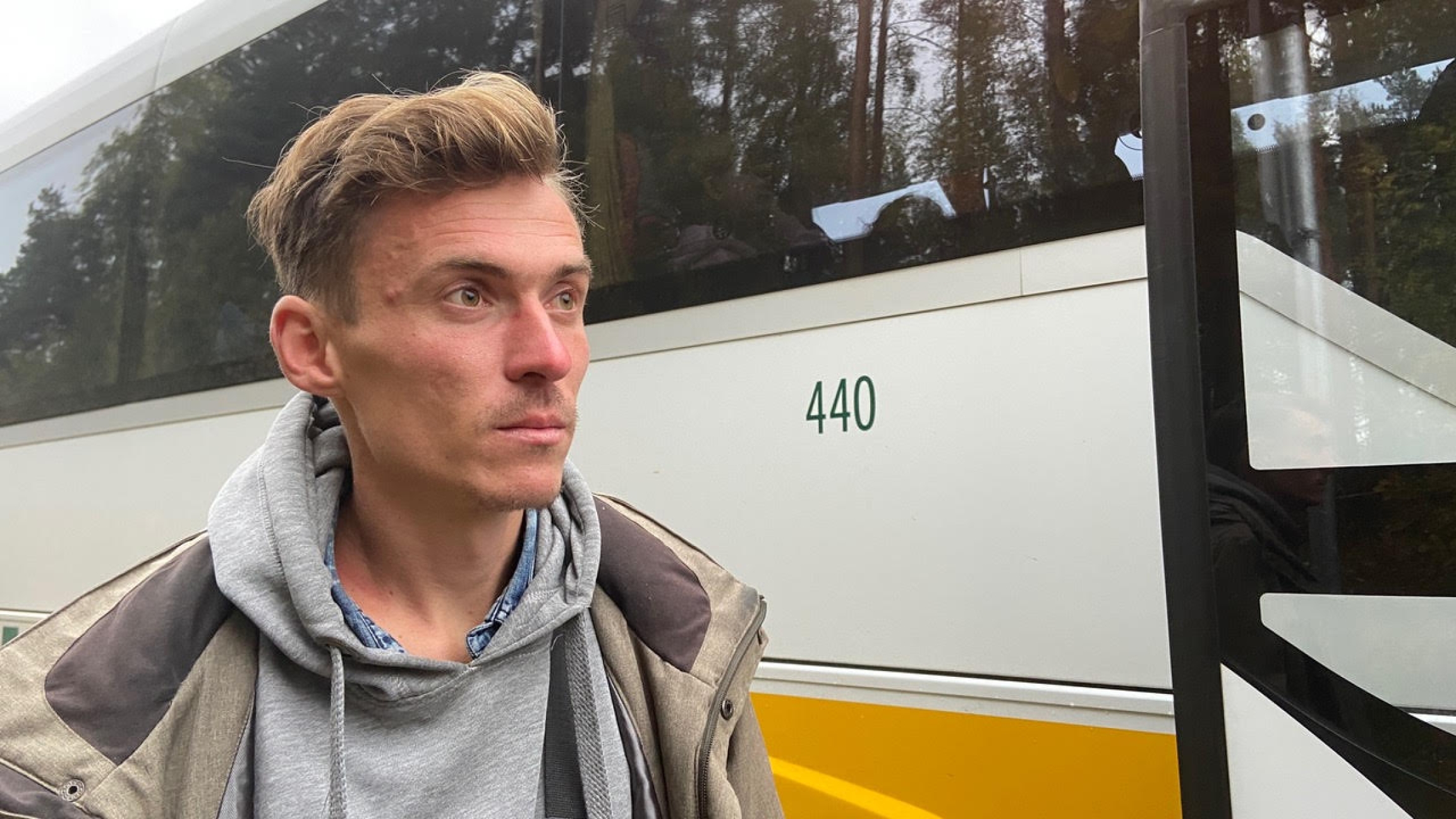 Goran Dimitriev, a 28-year-old shoe salesman from Kherson, reached the Latvian border seven days after fleeing home. He's Ukrainian, but Kherson was officially annexed by Russia, and he feared he might be conscripted into the Russian army.

But Russians are no longer welcome to cross the border.

“The Latvian government has declared a state of emergency along the border,” border commander Ivars Ramsans said. “Special units are now out in our forests, patrolling.”

Those units might just catch the odd Russian draft dodger, Latvian defense analyst Toms Rostoks said. But, he added, the larger goal is to simply not be caught off guard; to be ready for whatever an increasingly unpredictable Russia or its allies might do.

Latvia’s mistrust of Russia runs deep. And in 2004, Latvia and the other Baltic states — Estonia and Lithuania — formally joined the European Union and NATO.

But the government’s hard-line stance against granting Russian draft dodgers asylum has been controversial. Some people say that they should be let in on humanitarian grounds.

But Rostock, who once worked in Latvia’s Defense Ministry, said the government isn’t taking any chances.

“We suspect that among the Russians who flee Russia at the moment, there are too many who actually support the war effort, but they don't want to be part of it,” he said. “They don't want to risk their lives.”

So, Latvia’s borders remain firmly closed to them.