‘Every story here is a tragedy’: Lviv hospitals adjust to a drawn-out war

The western Ukrainian city of Lviv has become a center for internally displaced people who come to the city from all around Ukraine seeking medical care. Hospitals there are working in overdrive, providing care for kids injured as a result of Russian attacks.

Patients wait for an appointment in the hallway at Okhmatdyt pediatric hospital in Lviv, Ukraine.

On a recent afternoon at St. Nicholas pediatric hospital in Lviv, Ukraine, a mother named Anna is tending to her 10-year-old son — their full names aren’t being used to protect their privacy.

Anna’s son has been getting medical treatment since June, when he was seriously injured in shelling by Russian forces in Kharkiv, where they live. Anna’s son had been playing soccer with friends when she heard blasts in the distance. She yelled at the boys to take cover but a cluster bomb blew up right next to her son.

Anna called for help and tried to stop the bleeding. Her son was taken away in an ambulance, and doctors at a local hospital saved his life, she said. Later, he was transferred to St. Nicholas, where he’s still looking at months of recovery time. 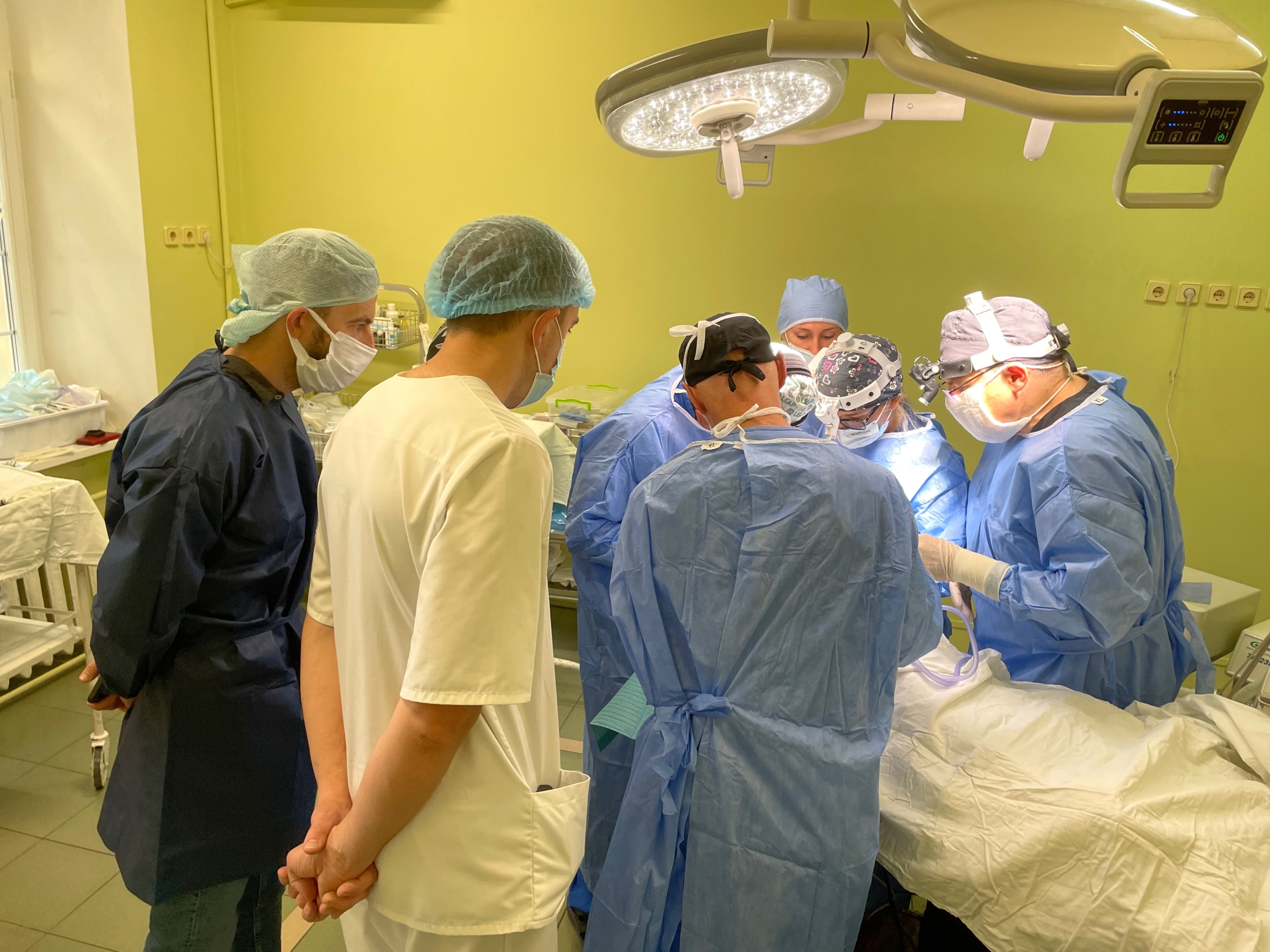 Dr. Craig Hobar and Dr. Zoryana Ivanyuk are shown operating on a patient at Okhmardyt pediatric hospital in Lviv, Ukraine.

It’s hard to say exactly how many people have been killed or wounded in the war in Ukraine, altogether, but in more than six months of fighting, thousands of people have suffered injuries. Many of them have ended up in the western city of Lviv.

The mayor of Lviv said that he wants to make the city a national center of rehabilitation.

“During the Russian invasion, Lviv’s medical community hosted more than 5,000 wounded Ukrainians, the majority of whom were civilians — women and children,” Mayor Andriy Ivanovych Sadovyi told The World in an interview last week.

Hospitals in Lviv are working in overdrive, providing care for kids injured as a result of Russian attacks. In some cases, doctors from abroad have volunteered their time to treat patients while also providing essential equipment amid shortages.

Dr. Zoryana Ivanyuk is the medical director at St. Nicholas. 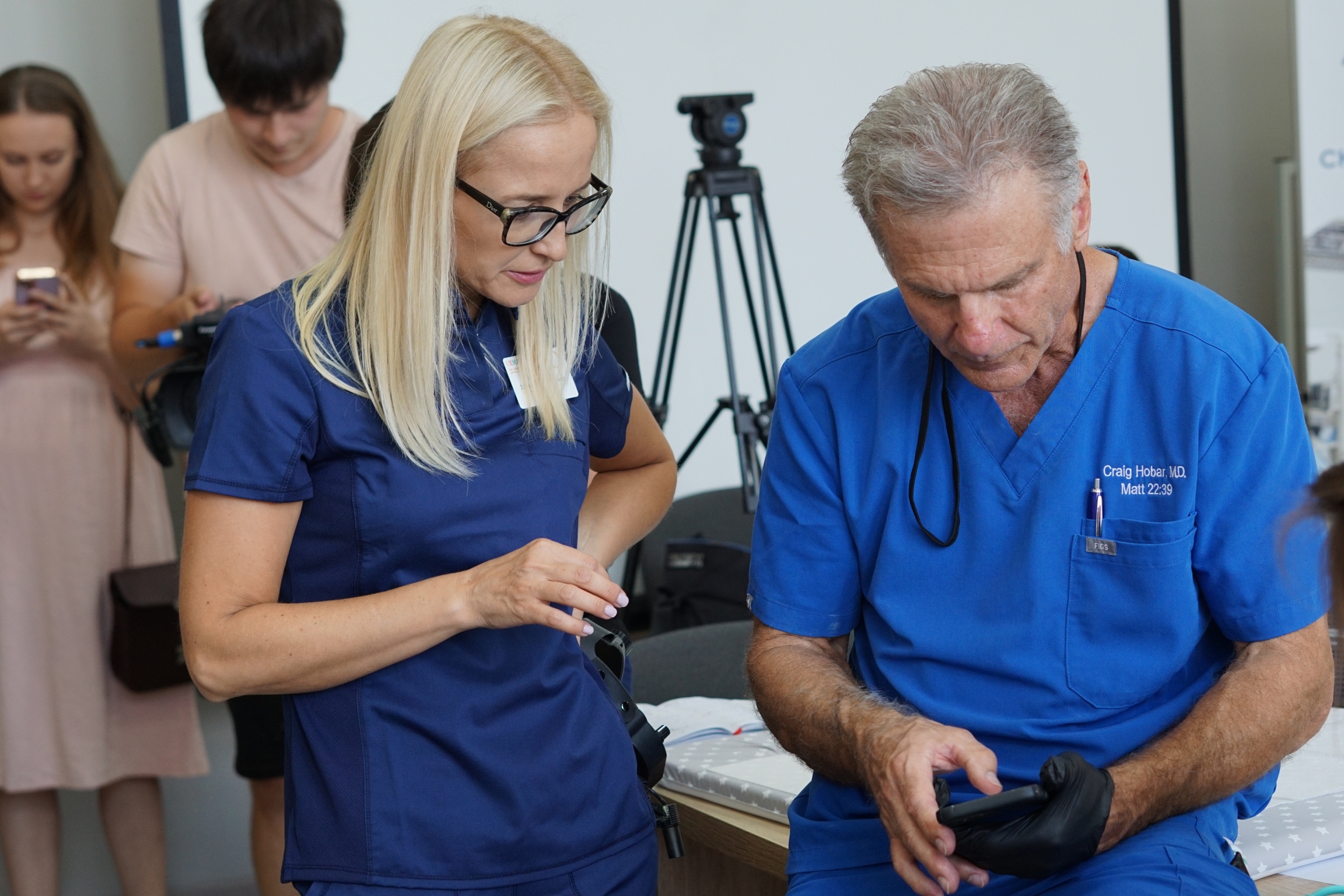 Her staff is busy treating kids injured in Russian attacks as well as seriously ill children who can’t get medical care in other parts of the country because of the war.

“Every story here is a tragedy. When I receive information that an evacuation train is coming, and they have kids there, I always know that it’s someone’s life which was ruined due to the war. Almost every story is in our memory.”

Ivanyuk recalled another recent patient — a 10-year-old girl, whose family was killed in a bomb attack.

“The bomb came into the basement, where they were, and she was the only person from the whole family who is alive. She stayed here for a long time, she was seriously injured.”

After she recovered from those injuries, Ivanyuk said that she helped find a host family to take the girl in.

“I understand that it’s not the hospital’s problem, but as a human, as people, we need to help her,” she said. “So, it’s also one of the aspects of [a] doctor’s life, that everything, absolutely everything right now you should do.”

Dr. Khrystyna Pohranychna, who works at Okhmatdyt, another pediatric hospital in Lviv, echoed those thoughts.

“A lot of children we have from eastern parts of [the] country [were] moved here because of the war of the Russian aggression; they have no opportunity to be treated there,” she said, adding that treatment is about more than just immediate medical needs.

“The point is not only to help those children; we want to [give] them positive emotions, to give them love, a lot of toys. You can see here, a lot of smiles. I want them to feel happy for some hours or some days; [more] happy than they were.” 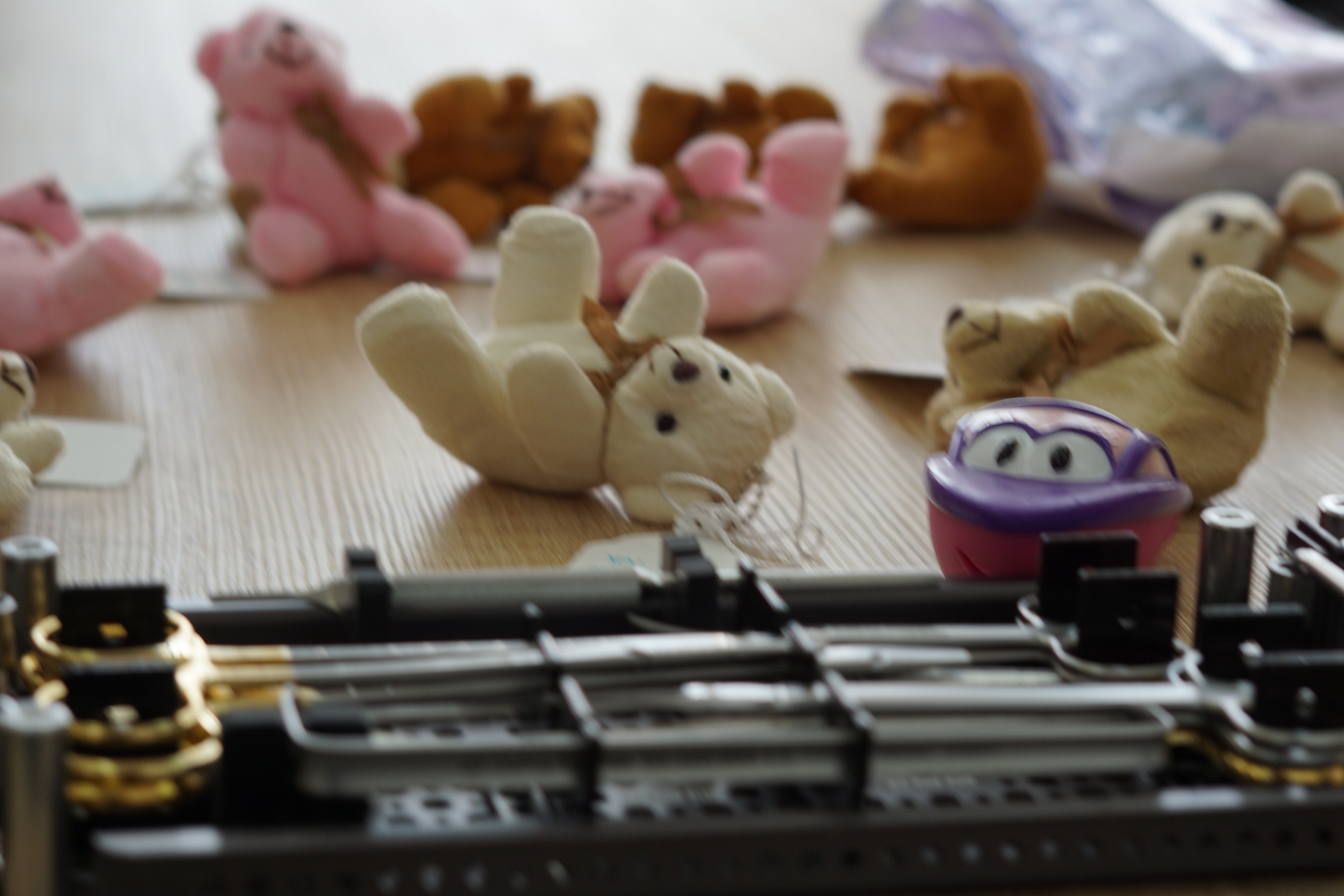 Pohranychna, like other Ukrainian doctors here, sees this work as a national service.

Some volunteer doctors from the US have joined the effort.

Craig Hobar is the founder of a Texas-based organization called, LEAP Global Missions.

“My heart went out to the people of Ukraine, there was a reality of coming out here and possibly helping in a small way.”

Hobar, who arrived in the city in late August, has been seeing patients at pediatric hospitals in Lviv but also treating injured troops at a military hospital.

“I mean, immediately, when you see a shrapnel or a bullet wound, people are so young and their whole lives are in front of them, it just makes your heart sink," he said. “You can see the burden that they’re carrying but you can see the hope and the courage and the faith in their eyes, and you just work toward that.”

He said that his organization plans to send a larger team of volunteer doctors to the city in the coming weeks.

« Navalny sent to ShIZO and transferred to strict regime (Previous Post)
(Next Post) ‘This is where I should be’: 1,500 Black Americans make Ghana their new home »