Osman Salih, cares for vulnerable wild animals from around the country and nurses them back to health.

On the outskirts of Sudan’s capital, Khartoum, families with children walk around a large field, peering curiously at a menagerie of wild animals at the Sudan Animal Rescue.

“Right now, we have 10 acres that we've developed. We have about 17 lions, six hyenas, as well as gazelles, snakes, ostriches, monkeys and different types of species,” said Osman Salih, the founder.

The journey of the Sudan Animal Rescue, which takes in vulnerable wild animals from around the country, began two years ago.

Salih, a young software engineer at the time, had posted photos of lions wasting away.

“I visited a local park and I found that they had a lot of animals, including five lions, that were in really bad shape and starving,”

“I visited a local park and I found that they had a lot of animals, including five lions, that were in really bad shape and starving,” he said.

The photos sparked outrage on social media and among Sudanese people — but also support. 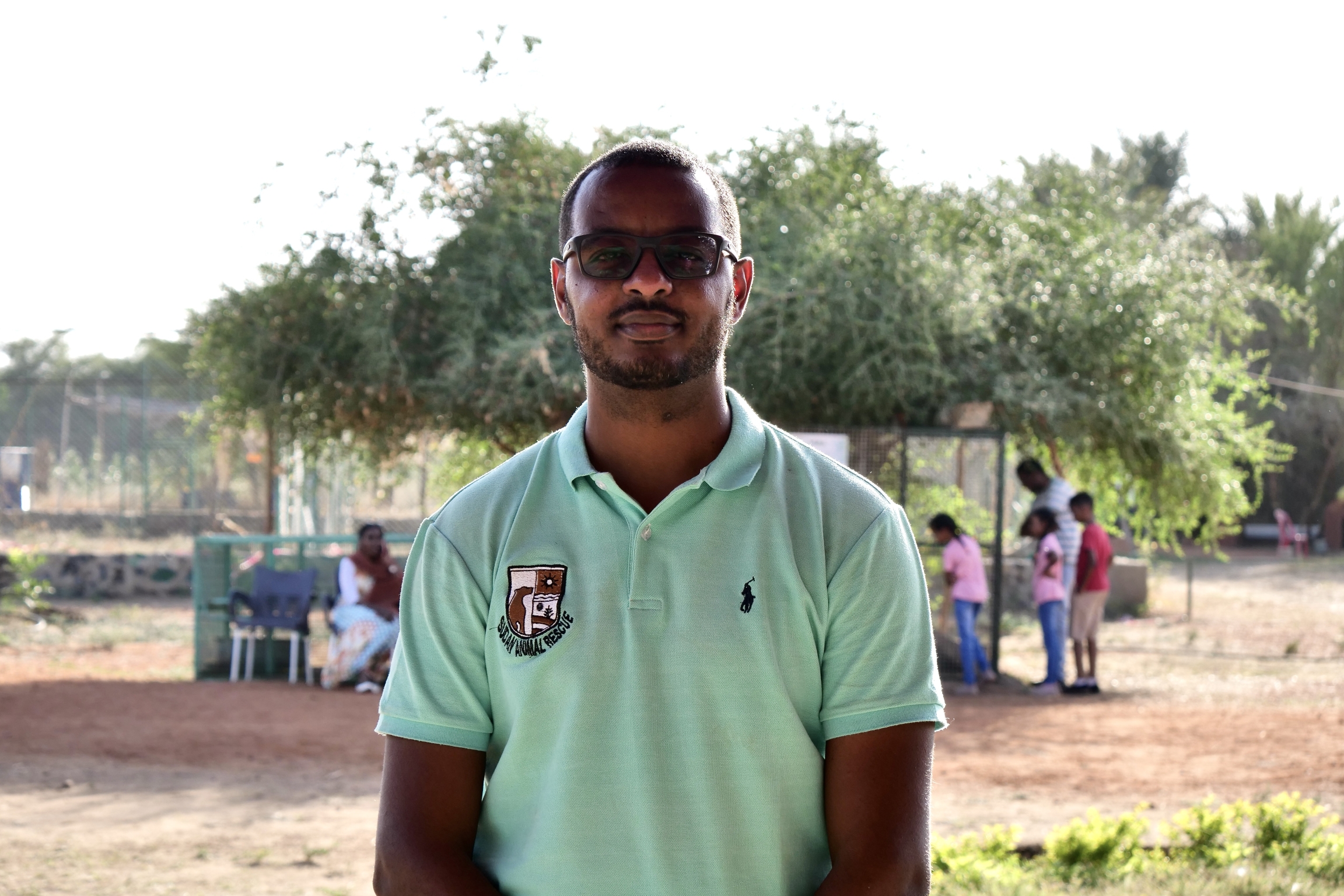 Salih realized there was a wider problem of zoos and animal parks in Sudan being neglected after years of economic and political turmoil.

“All these animal parks suffered because there weren't any visitors and there wasn't any funding from the government,” Salih explained.

One of the lions, named Kandaka, which means “lioness,” became especially popular.

Now, two years later, the health of those same lions has improved, and they can be seen roaming around. And Kandaka has also recently birthed cubs.

Related: Sudanese protester to military: ‘Our numbers are too big to be ignored’

In a different enclosure, a young hyena named Bita eagerly approaches visitors on the other side of her fenced home.

“[Bita, the hyena] is really domesticated and you just feel like you're dealing with a dog. She really craves attention and loves all these back rubs and playing around.”

“She's really domesticated and you just feel like you're dealing with a dog. She really craves attention and loves all these back rubs and playing around,” Salih said. 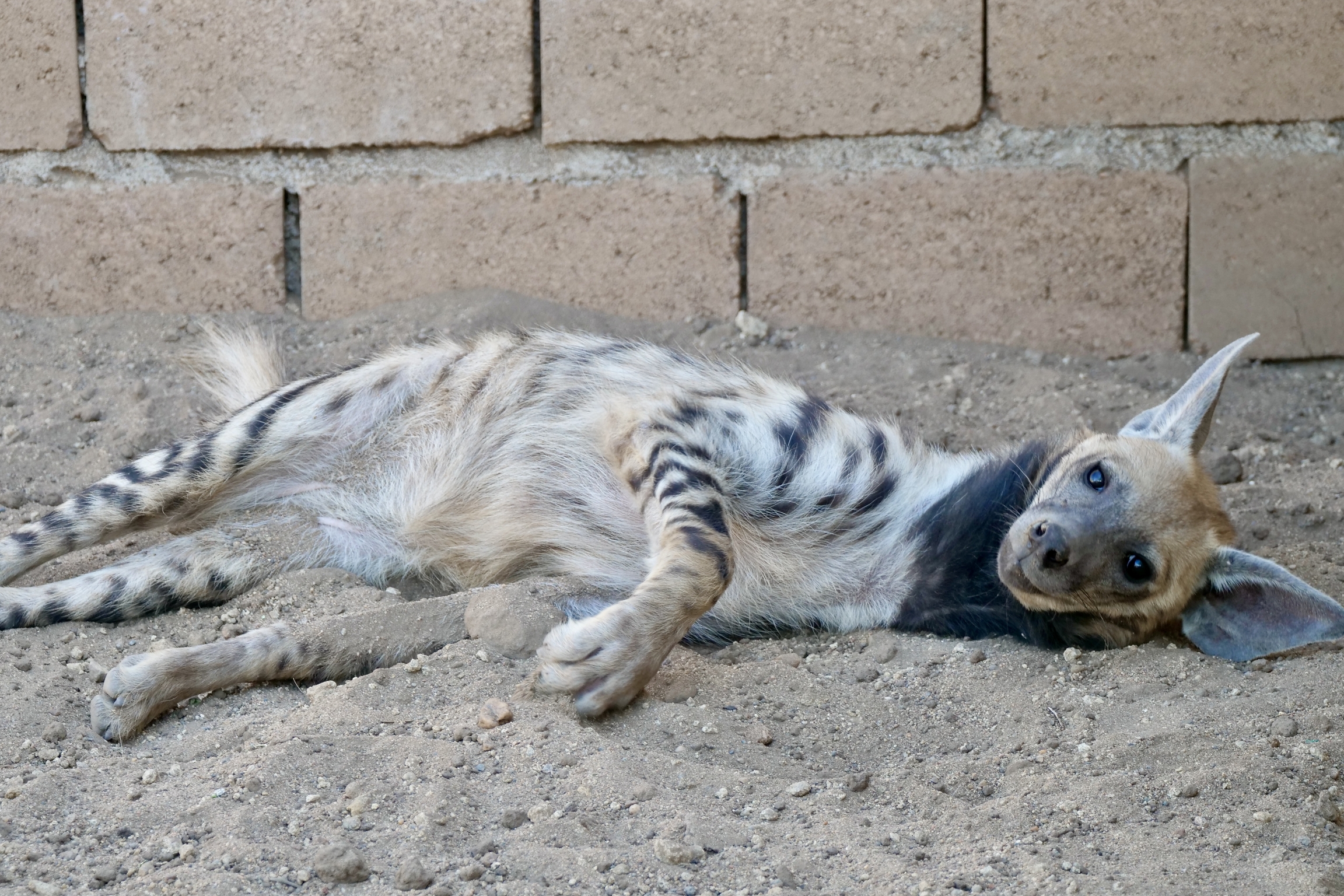 Young Bita plays on the ground. She was a house pet before she was brought to the Sudan Animal Rescue, Khartoum, Sudan, Dec. 4, 2021.

He explained how Bita was raised as an exotic house pet at a home in Khartoum.

“Somebody kept her as a pet from a very young age, and he had literally, you know, tied [her] with a chain and collar in his garden. And she was getting, you know, bigger and older,” he said, noting it didn’t take much to convince the owner to let her go.

“At the end of the day she’s a wild animal and they are unpredictable,” he added.

While the Sudan Animal Rescue has become a popular visiting place for families and schoolchildren, Salih said that not everyone thinks supporting wild animals is a good use of resources, especially as some Sudanese people struggle to put food on the table.

But, he said, protecting Sudan’s wildlife and environment is worth it.

“Because of all the civil wars and the droughts, we lost a lot of the animals, including elephants and giraffes and rhinos.”

He hopes the center can become a starting point for bringing awareness to the country’s wildlife, and possibly creating a future tourism industry around it.