Catalonia’s regional leader defends an uphill negotiation with Spain over an independence referendum as his long-time separatist allies walk away.

Protesters hold esteladas or independence flags as they take part in a demonstration during the Catalan National Day in Barcelona, Spain, Sunday, Sept. 11, 2022.

The coalition of separatist parties ruling the regional government of Catalonia has broken up after a decade of joint efforts to secede from Spain.

The collapse of the two-party alliance signals the end of an era for the independence movement in Catalonia, a region in Spain’s northeast corner bordering France, which has its own language and a distinct culture.

Junior coalition partner Junts — or the Junts per Catalunya party, meaning "Together for Catalonia" — pulled out of the government on Oct. 7. They left due to differing strategies with Catalonia government head Pere Aragonès and his Esquerra Republicana de Catalunya (ERC) party, meaning "Republican Left of Catalonia," which favors dialogue with Spain over unilateral action.

“I am more committed than ever to Catalan independence,” said Aragonès, who ruled out a snap election and pledged to carry on with a fragile minority government. 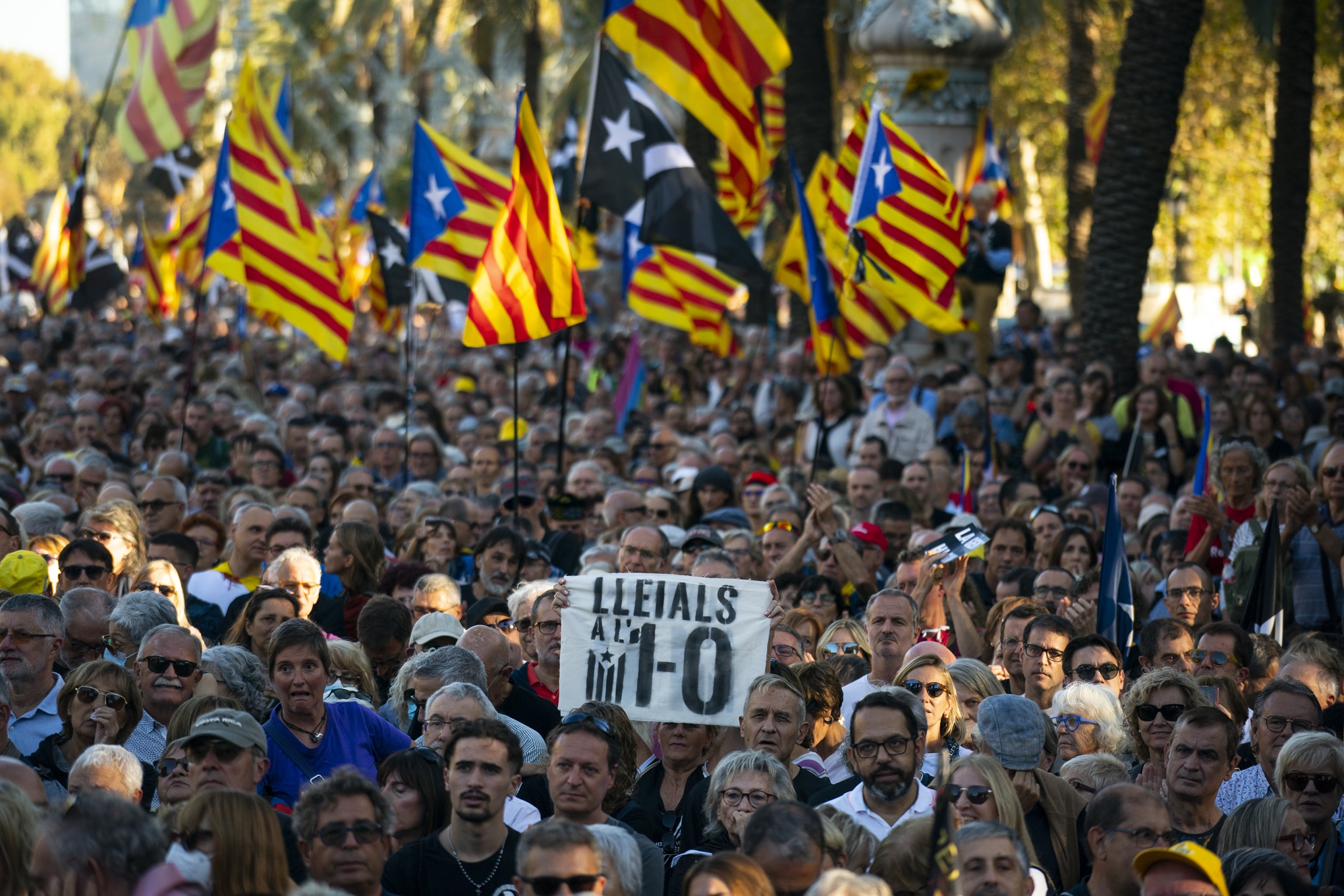 Protesters hold ''esteladas'' or Catalonia independence flag as they take part in a demonstration to commemorate the fifth anniversary of an independence referendum that marked the high point of their movement to break away from the rest of Spain, in Barcelona, Spain, Saturday, Oct. 1, 2022.

Over the past decade, the grassroots independence movement gave rise to a complicated alliance between Junts and ERC, who needed each other to stay in power while competing for separatist voters.

The territorial conflict reached a boiling point in the fall of 2017, when a failed bid to establish a Catalan republic following a unilateral referendum drew worldwide attention, but prompted Spain to oust separatists from power and imprison them.

Pro-independence parties overcame mutual distrust to reclaim the regional government, but they have since grown divided over the path forward, wrangling over whether to defy Spain again or engage in talks.

The failed secession bid, particularly the unauthorized referendum, marked a turning point in their alliance, journalist Joan Serra said in an interview with The World.

Serra, who co-authored a book on the infighting between Junts and ERC called "Enemics íntims," roughly translated as "Frenemies," sees their differing views on the referendum as the “original sin” that led to their breakup.

Despite Spain’s violent crackdown of the referendum on Oct. 1, 2017, more than 2 million Catalans voted for independence, but most of those who were against it stayed at home.

Five years on, Junts still defends the referendum results as final and advocates for “peaceful confrontation,” while ERC has come to see the vote as insufficient to achieve independence, favoring an agreed referendum instead.

But neither option is perfect: one, because Spain already proved once how it can quash a breakaway bid; the other, because an agreed referendum, if even possible, will take time.

Tensions between Spain and Catalonia began to cool in 2018 after separatists helped the Socialist Pedro Sánchez become Spain’s prime minister, ousting the conservative government that crushed the 2017 bid. 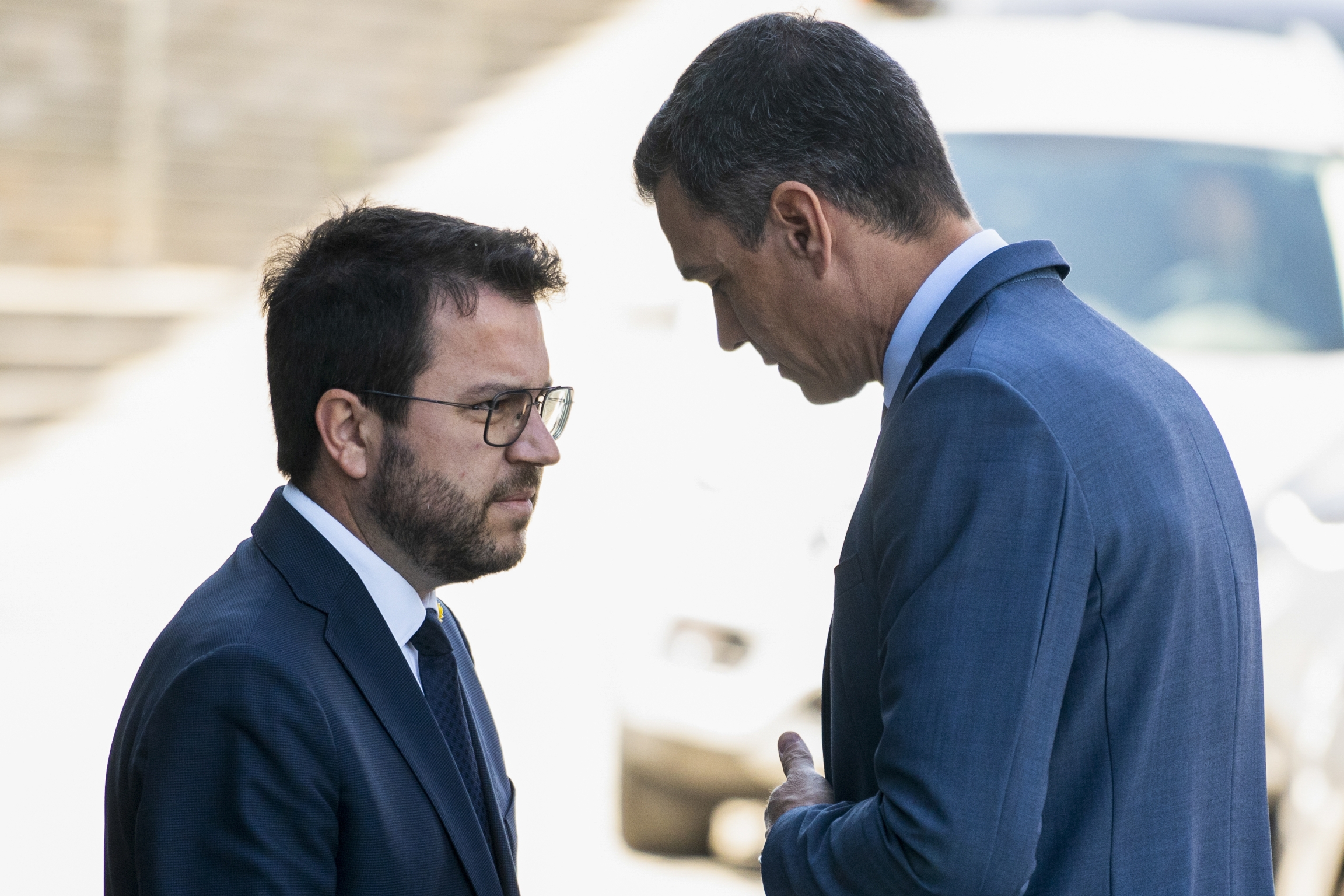 With a Spain-wide election coming up in 2023, Sánchez is walking a tightrope: His Socialist-led coalition government relies on ERC votes, but making concessions to Catalan separatists could trigger electoral backlash elsewhere in Spain.

In reaction to the breakup of the separatist government, Sánchez insisted on the need for stability, and said he remains committed to dialogue.

“Spain has its own way of seeing things,” Aragonès said. “But we must build wider majorities, gain international support and learn our lessors from the 2017 vote.”

In the meantime, Aragonès faces the tough task of pushing his political agenda in Catalonia’s regional parliament, where his party only controls 33 of 135 seats. 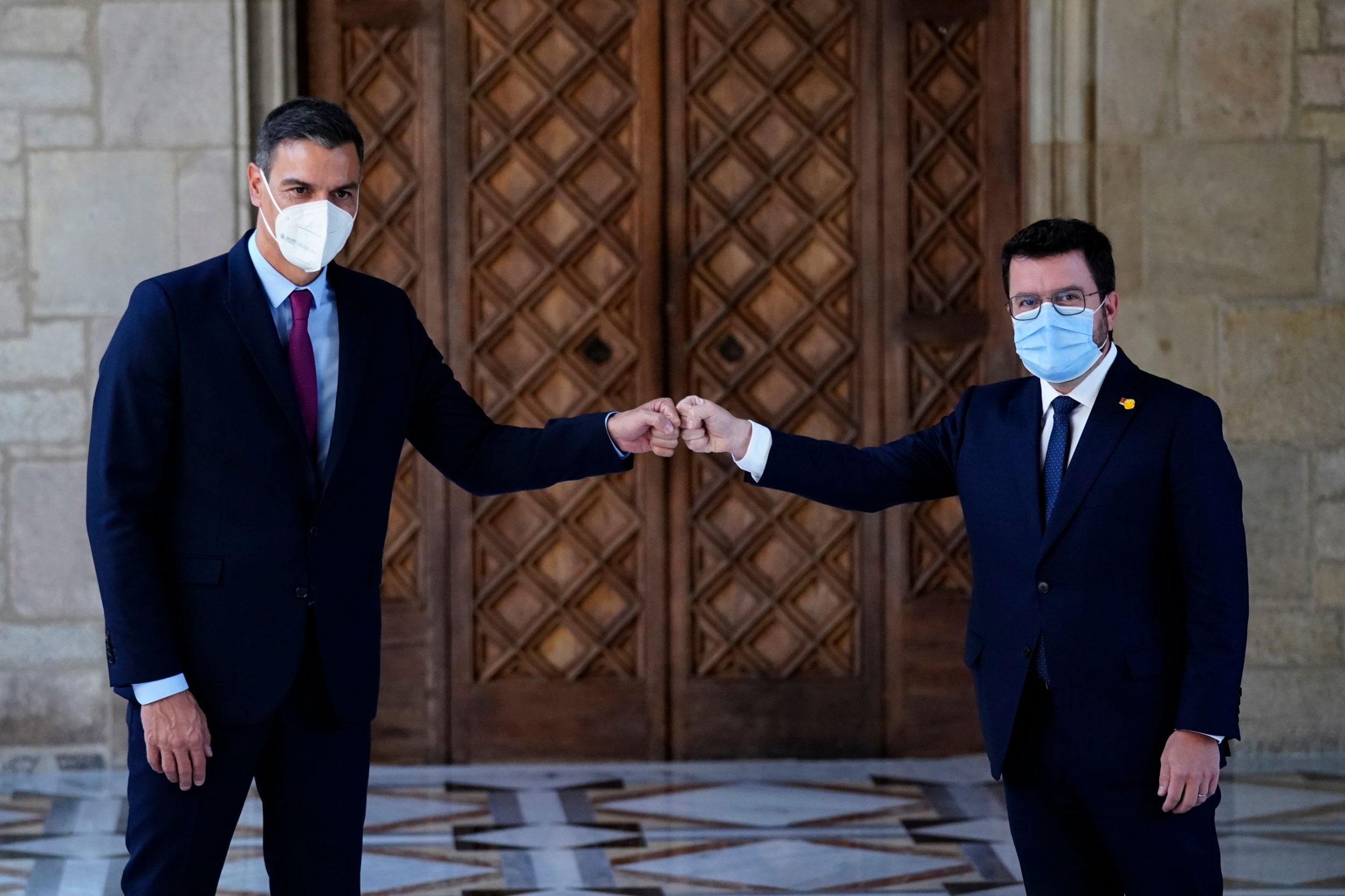 Spanish Prime Minister Pedro Sanchez and Catalonian regional president Pere Aragonès, right, meet at the headquarter of the Government of Catalonia in Barcelona, Spain, Wednesday, Sept. 15, 2021. Spain's prime minister and the leader of Catalonia are restarting negotiations in hopes of finding a solution to the ongoing political crisis caused by the region's separatist movement.

In the last regional election, separatist parties racked up 74 members of parliament combined and surpassed, for the first time, 50% of votes, but the collapse of their coalition now means Aragonès will need to seek parliamentary support from other groups.

After leaving the government, Junts urged Aragonès to submit himself to a confidence vote in parliament and let lawmakers decide on his continuity. But Aragonès declined, saying Catalonia needs stability.

From the opposition, said Borràs, Junts would try to rebuild the unity of the independence movement.

“But only with those who truly want to move toward independence,” she said.