In Kazakhstan, timeless Korean recipes are loved and maintained

In Almaty's Green Bazaar, vendors sell a variety of foods that represent the culinary heritage of hundreds of thousands of Koreans who call Kazakhstan home.

Multicolored displays of Korean marinated salads are a mainstay at Almaty’s Green Bazaar.

The tall, sunlit warehouse of the Green Bazaar is where Almatay, Kazakhstan's foodways converge; piles of dried fruit and nuts make their way there from the hillsides of Tajikistan. Displays of bread and cheese are carefully positioned by Uzbek chefs. Sun-sweet oranges, persimmons and apples showcase the very best of Central Asia’s local produce.

But on the far left side of the bazaar, a row of tables piled high with brightly colored, marinated salads represent the culinary heritage of hundreds of thousands of Koreans who call Kazakhstan home.

“The sauces are imported from South Korea or China, but anything that’s grown is grown nearby,” shopkeeper Vera Nikolayavna said in Russian as she reviewed the options on the table.

“It’s always better to make it yourself.” 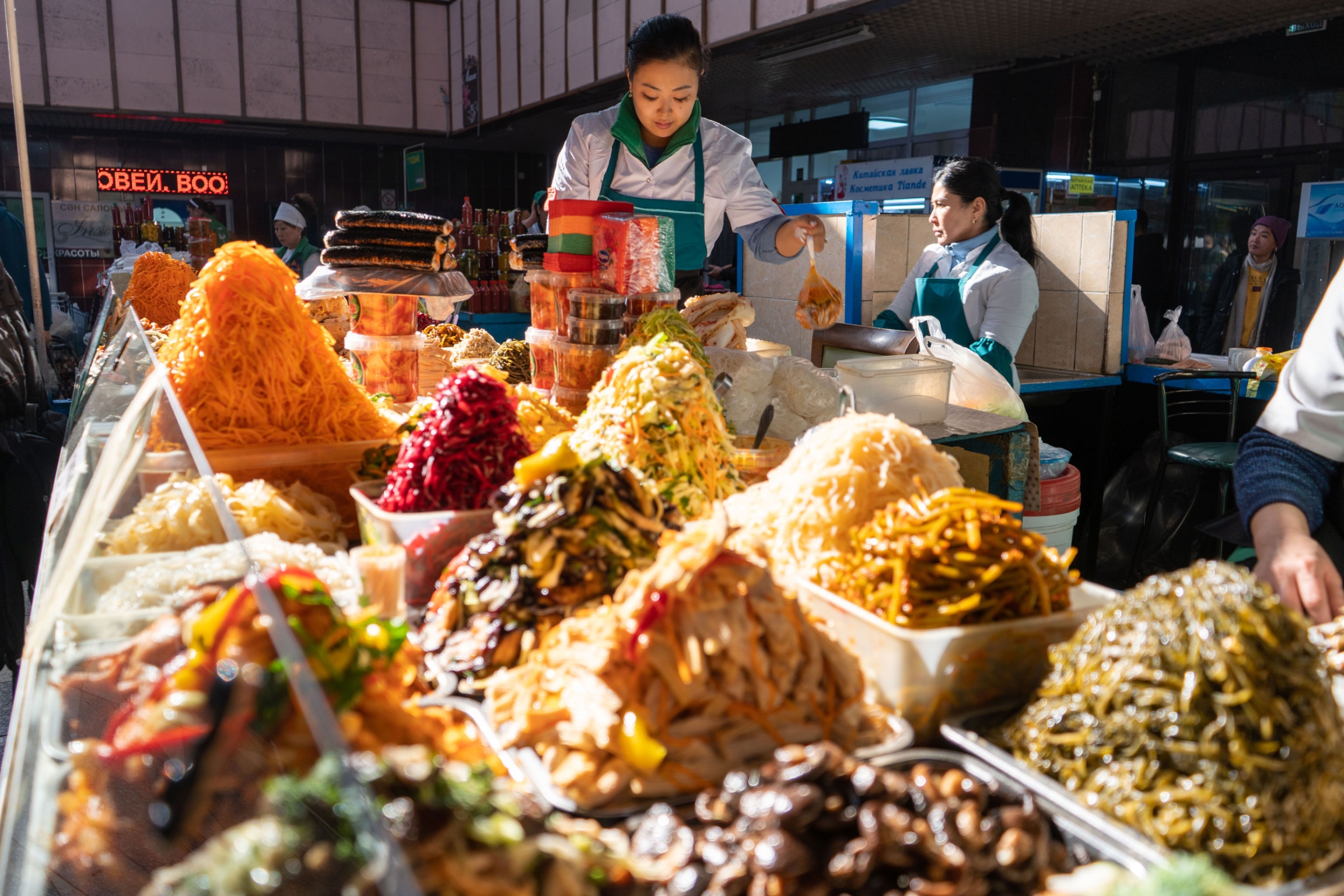 Multicolored displays of Korean marinated salads are a mainstay at Almaty’s Green Bazaar. Several, such as a popular carrot salad, were invented by Korean cooks living in Central Asia who did not have access to produce from home.

Nikolayavna pulled out a red chili powder known as kochukaru, a staple in Korean households. A local variety is grown and processed in nearby Uzbekistan. She also pointed to small balls of fermented cabbage, which are used in the same way as a bouillon cube.

“These are ready to be tossed into a soup to give it flavor,” she said. “They’re really good, and they can be frozen and preserved for a long time.” 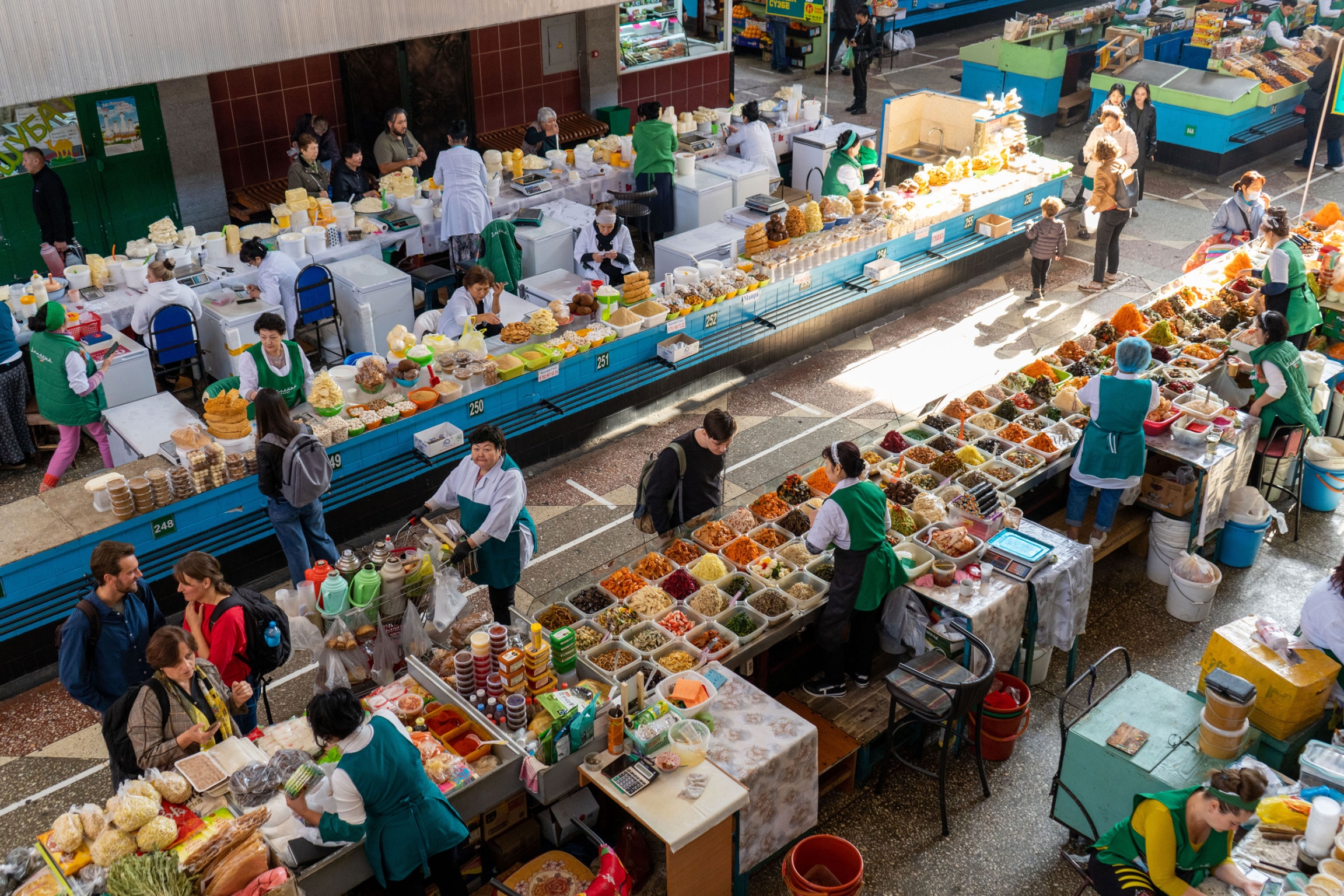 In the bazaar, green cabbage and its Korean counterpart, baechu, are sold side-by-side.

In 1937, Soviet leader Josef Stalin issued an order to deport nearly 180,000 Koreans from Russia’s Far East in what historians describe as “frontier cleansing.” The families, who had migrated to the area in the late 1800s, were forced onto trains for an excruciating journey to what is now Kazakhstan and Uzbekistan. Thousands died on the journey — those who survived and lived through the winter were forced to farm rice in the unforgiving steppes.

They called themselves the Koryo-saram, or ‘The Korean People.”

“They were given time to prepare. They knew that when they arrived, they’d need seeds. And second, they took textbooks — Korean language books,” said German Kim, who directs the Institute for Asian Studies at Al-Farabi University in Almaty, and is one of the world’s leading scholars of the Koryo-saram.

The deportees carried seeds native to the Korean peninsula, such as red bean, hot peppers and corn used in breads prepared for the holidays.

“Our ancestors are from North Korea. That’s why our cuisine has North Korean roots,” Kim said. “For example, I remember from my childhood that we ate rice. But rice that we put in cold water.”

Cold rice, eaten with every meal. A dish that’s no longer served in South Korea. 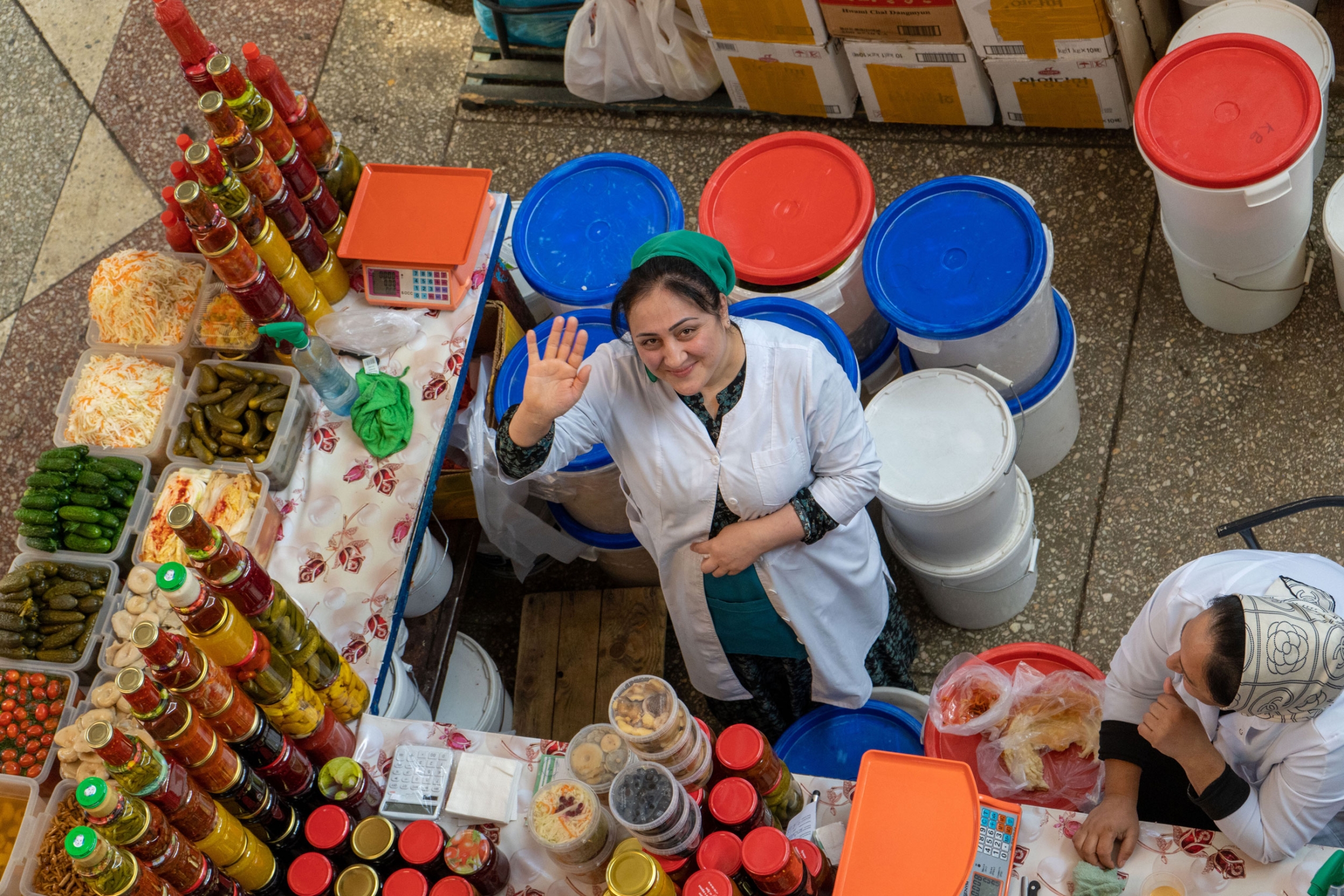 A vendor in the Green Bazaar smiles.

A Korean shopkeeper named Ewgeniya, who asked only to use her first name to protect her sales, said she’s seen a boom in customers in recent years, which she attributes to Kazakhstan’s love for K-pop and South Korean dramas.

“We used to have just four salads — carrot salad, kimchi, and a couple of other things,” she said as she stood behind a display of approximately 15 types of prepared food. “But then, people started to ask for specific things.”

Kimbap, for example. The long, seaweed-wrapped rice rolls of ham, fish cake and pickled radish sit neatly in a corner of her display.

“We never used to sell this,” Ewgeniya said. “But people saw it on TV shows and started asking for it, so we started to make it.”

Though she appreciates the extra attention, she said that she feels strongly that the culture of South Korea and the Koryo-saram are separate, distinct entities that will never fully mesh. 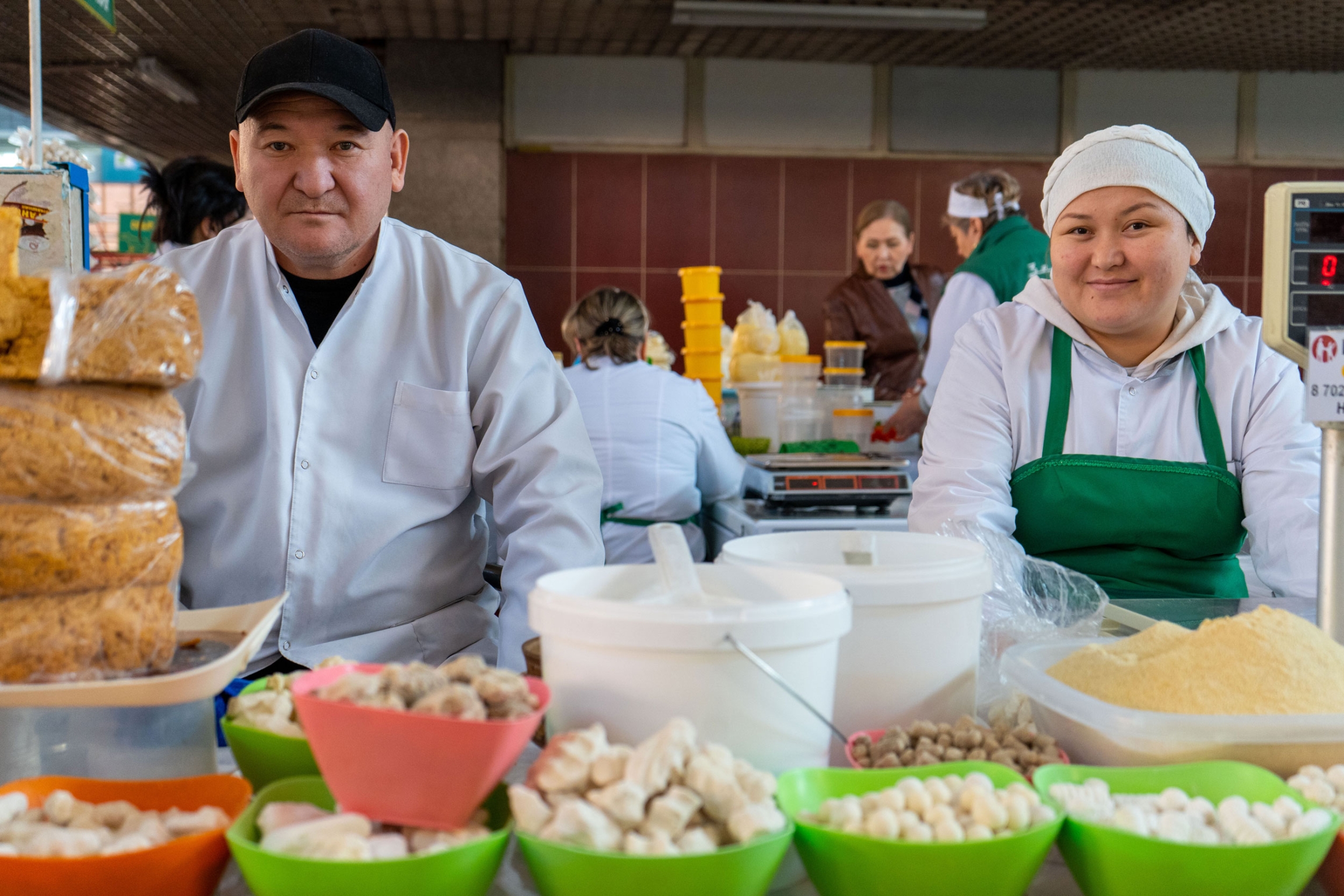 A couple pose for a portrait at their stall in the Green Bazaar, where they sell bread and qurt; small balls of fermented, dry cheese.

Some Koryo-saram chefs say they see cooking as a chance to reconnect with their heritage.

Marina Choi, 34, remembers how her family in Almaty would get together every winter, right before Korean New Year, to make batches and batches of kimchi, a dish of fermented vegetables.

Choi said there are 18 ingredients in her kimchi — peppers, ginger, and about a dozen sauces and spices to bring out the flavor. 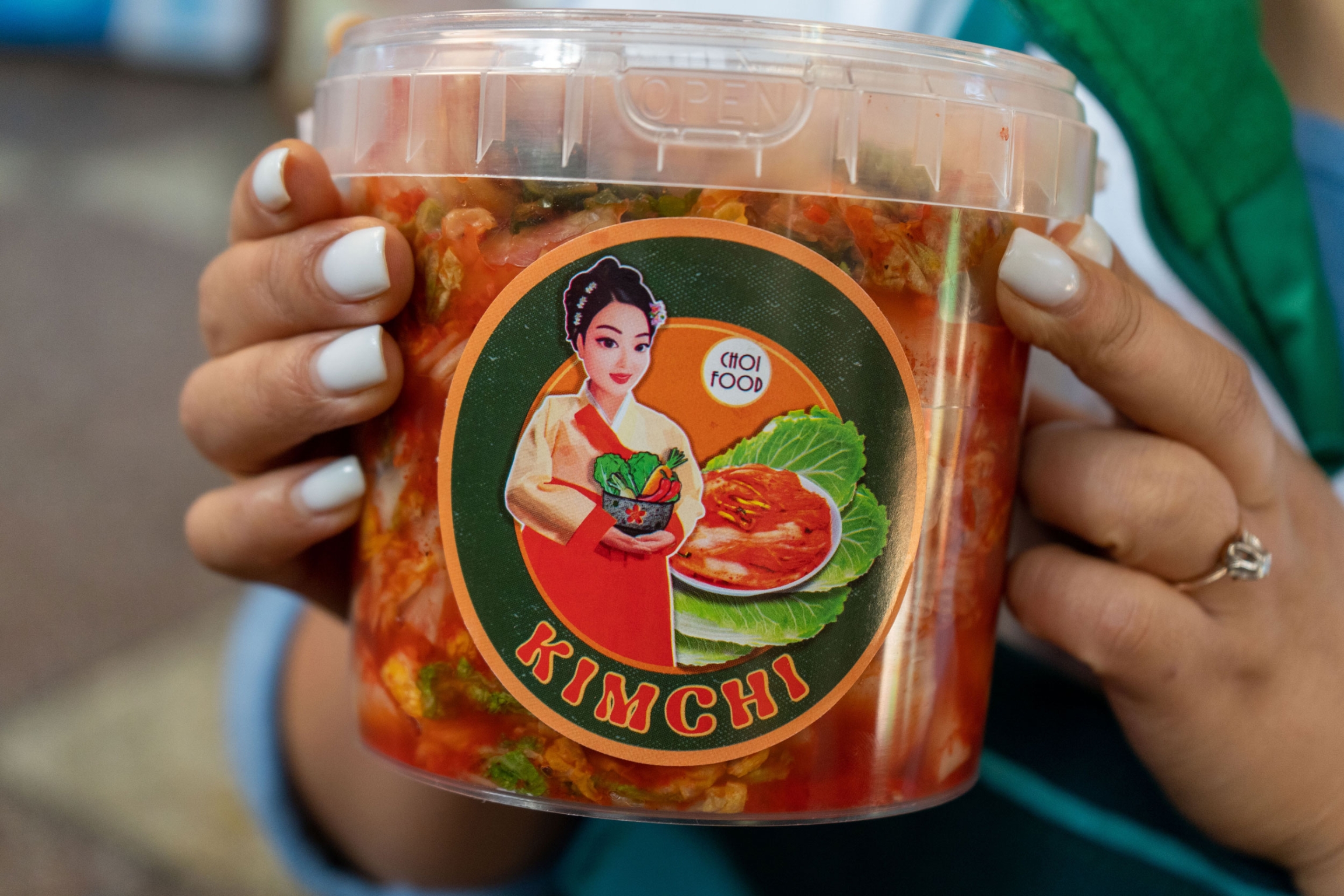 Marina Choi, 34, turned her family recipe for kimchi into Choi Food, a brand that she sells to reconnect with her heritage and share it with others.

She developed this age-old recipe into a profitable business, known as Choi Food. Stacks of bright, clear containers beckon customers with promises of deliciously spicy, red-and-green pickled cabbage, the perfect accompaniment for a rich cut of meat or a tasty soup. On the label is an illustration of her wearing a traditional hanbok — a Korean style of dress.

“I’ve always had a motto to make everything with love, as if you’re making it for yourself,” she said. “That’s why people like it.” 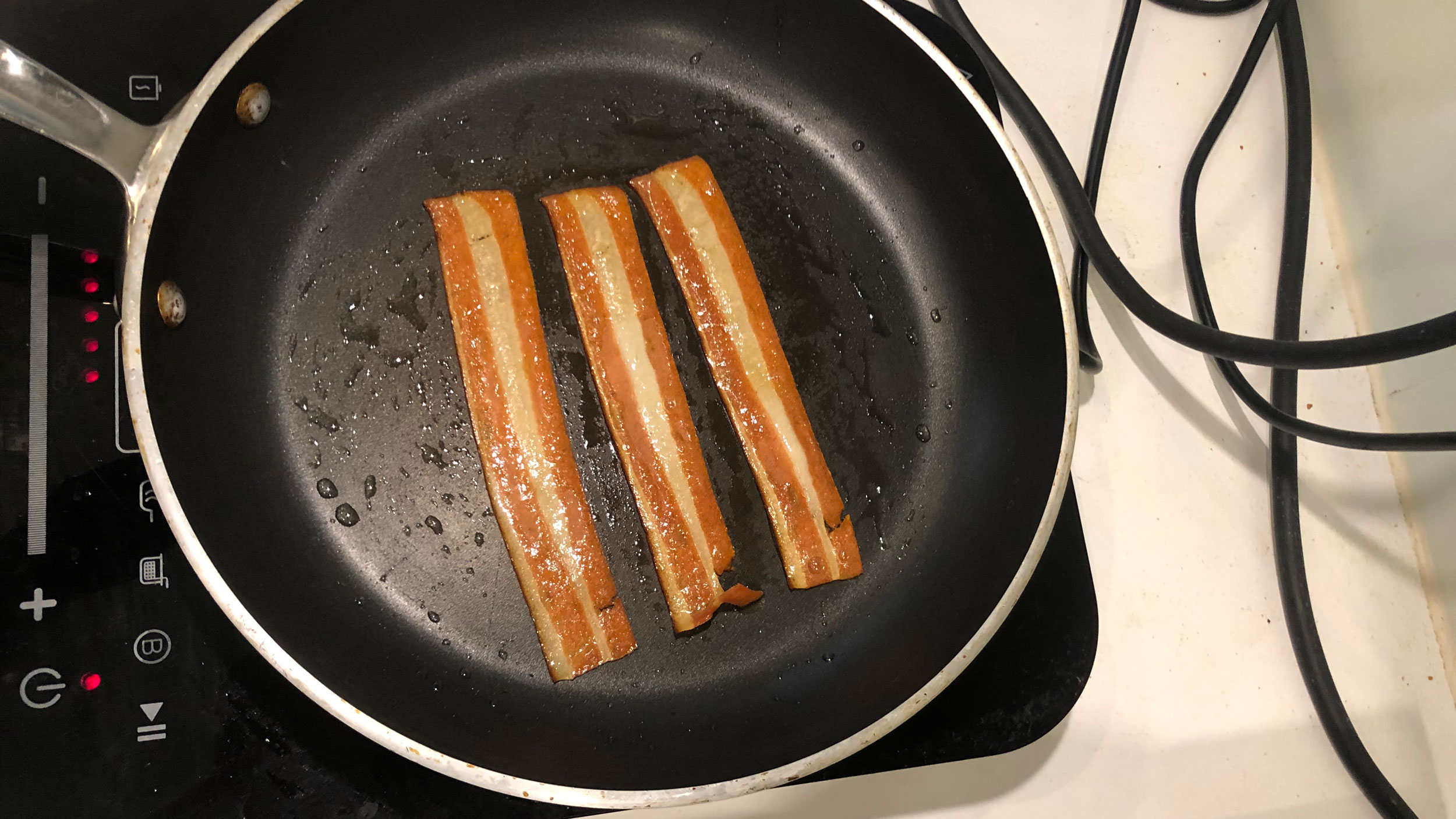 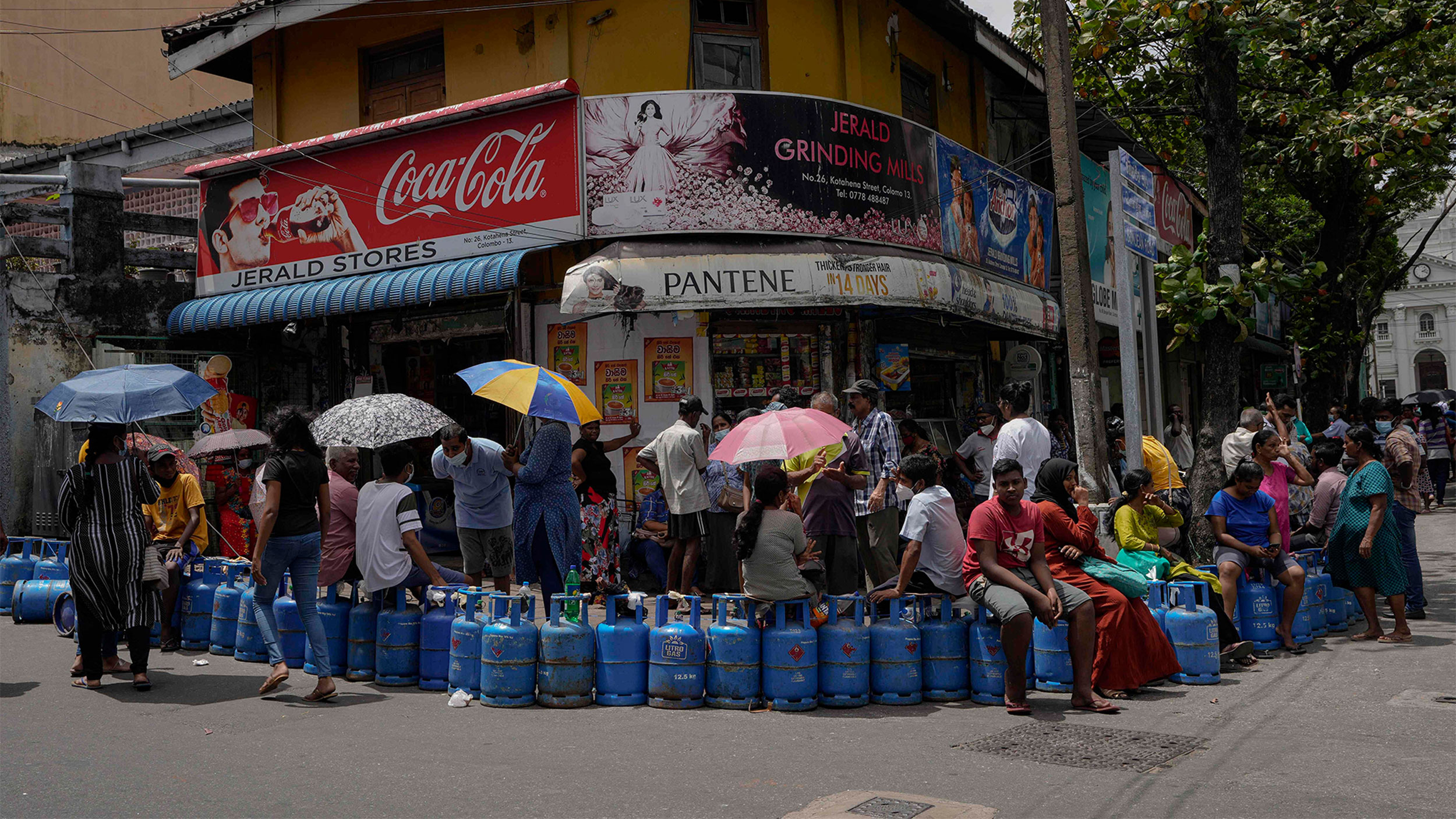 A community kitchen in Colombo feeds Sri Lankans in need 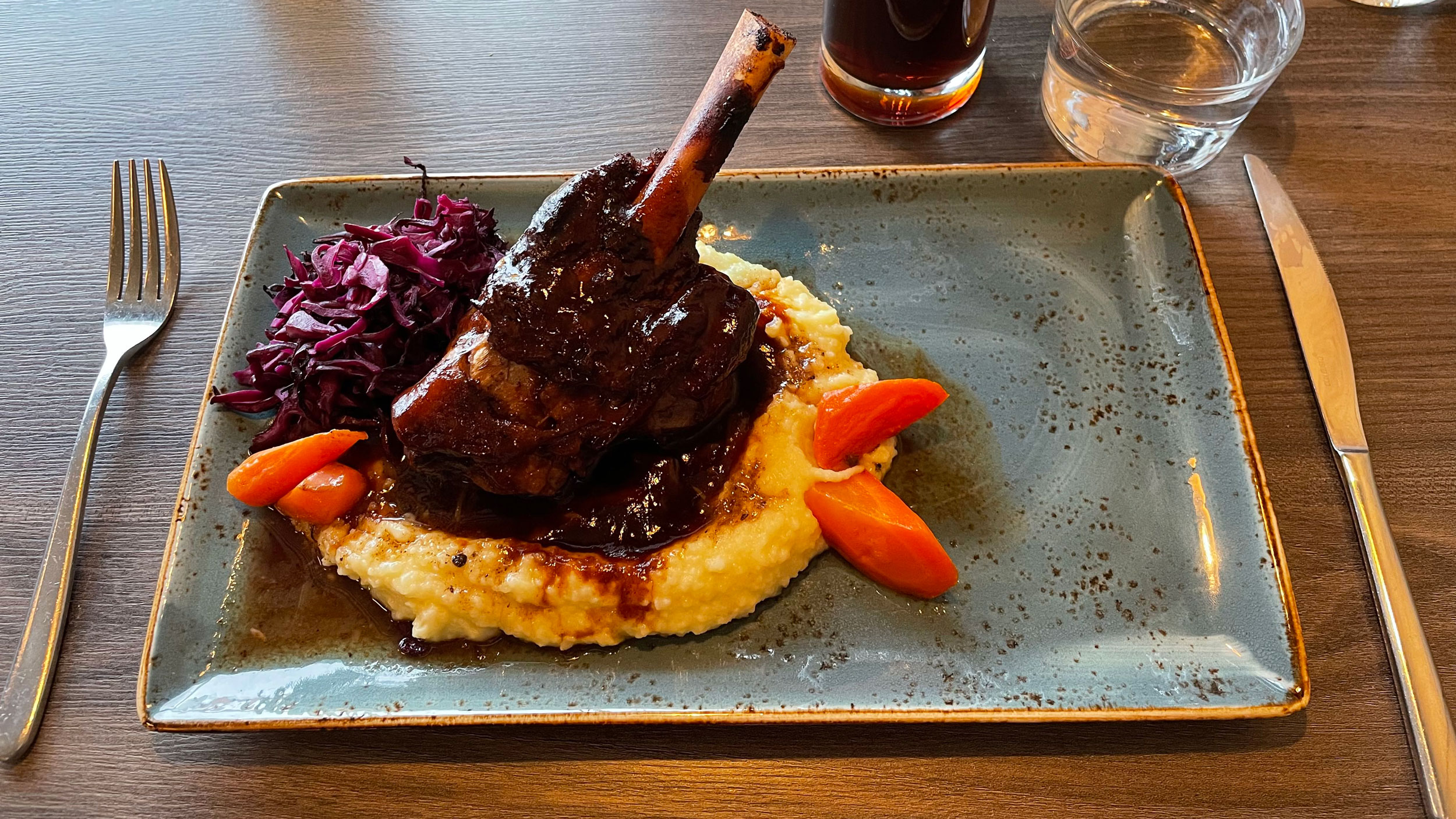 Welcome to Longyearbyen: The height of Arctic haute cuisine 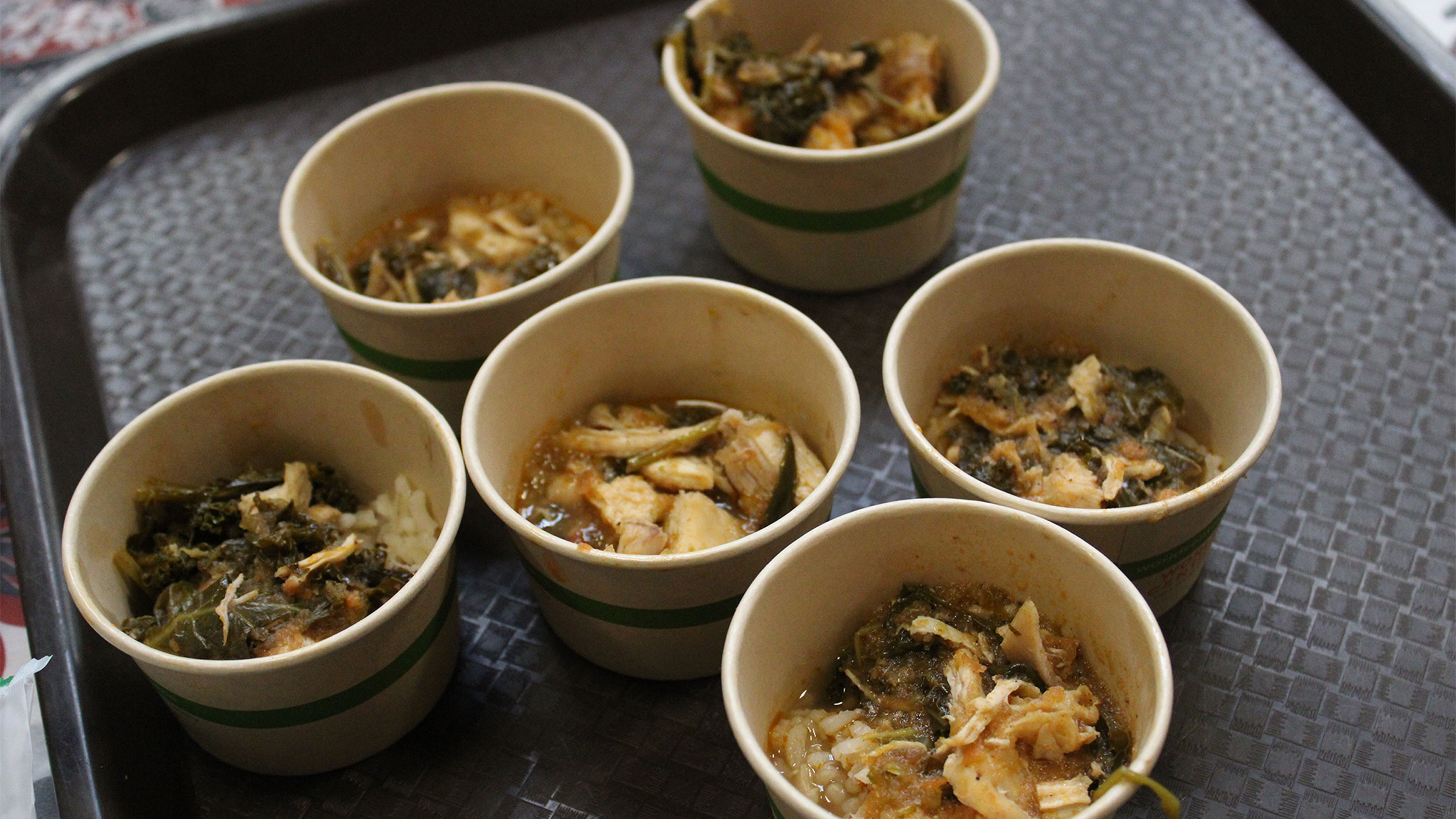