Miami progressives are trying to break the Republican grip on the state’s Latino voters by making cultural connections to Cubans in the US.

A mural with the words "Patria y Vida," or "Homeland and Life," a twist on the Cuban national motto, "Homeland or Death."

After canvassing recently during a voting registration drive ahead of the voter registration deadline for this year’s midterm elections, volunteers gathered at the Museum of Graffiti in Miami for a game of dominoes —  the national pastime played by most Cubans.

The game was hosted by a group called the Miami Freedom Project, a grassroots organization formed by Cuban American progressives that promotes civic engagement in cultural spaces in Miami — a city facing increasing housing costs and rising sea levels.

“You can talk about things that you love and care about. In this case it was, you know, climate in the city and what issues need to be addressed. And like, candidates who are related to kind of driving things forward in terms of climate since we're at ground zero,”  said Leilany Brucea, who attended the domino tournament after canvassing. 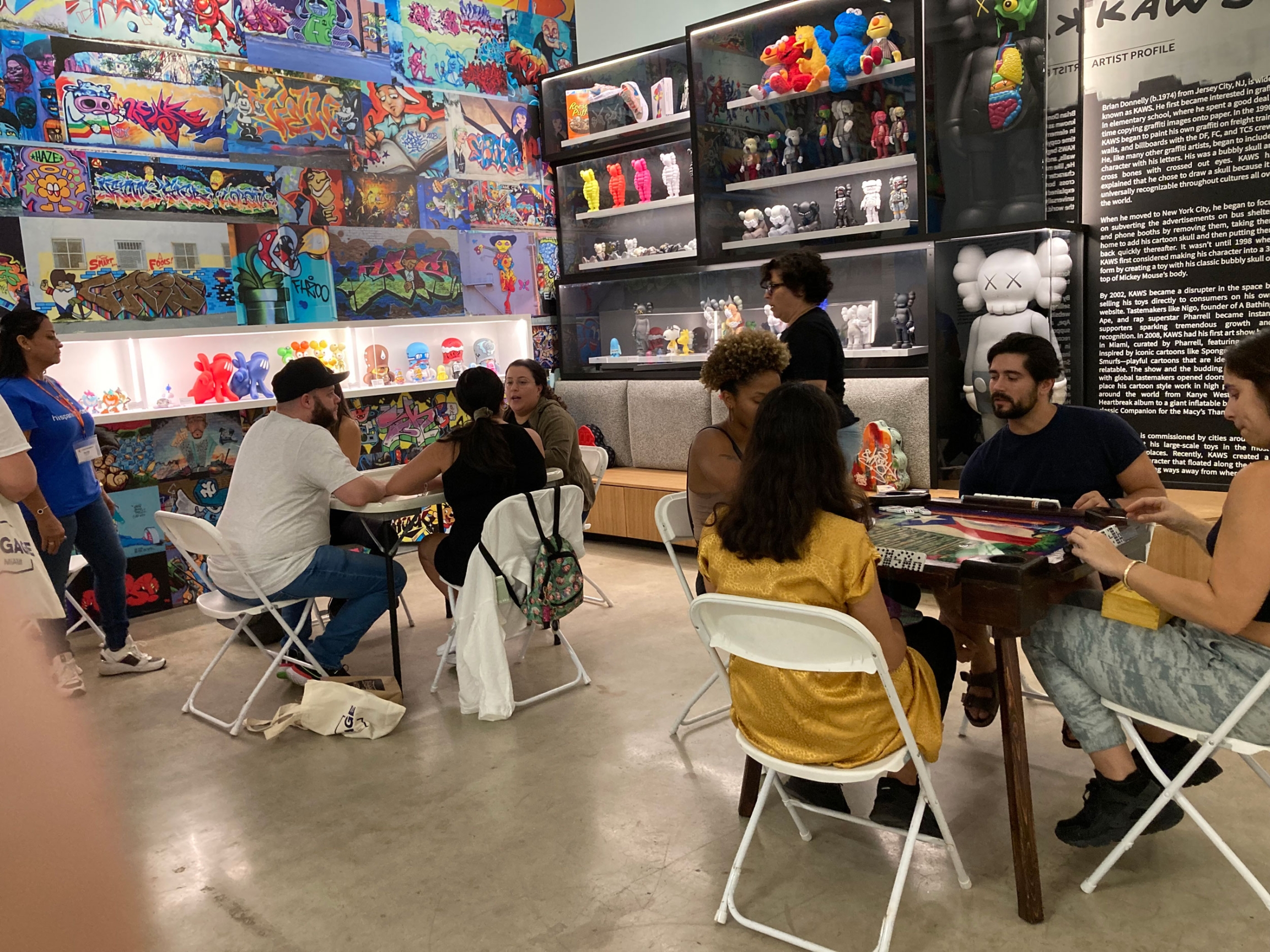 People gather to play dominoes, Cuba's national past-time, at the Museum of Graffiti in Miami.

In Florida, almost a third of Latinos are Cuban or Cuban American, with a particular history of escaping Cuba's communist authoritarian rule. For many, that has meant a stronger alignment with the Republican Party's hardline stance against communism. Now, progressives in Miami are trying to break the grip that Republicans have had on the state’s Latino voters by making cultural connections to Cubans in the US ahead of Nov. 8 midterms.

Brucea said politics was never a big deal for her Cuban Jamaican family, but through events like this, she has become more politically active.

Community gatherings such as domino game nights, art workshops and community dinners create spaces for progressives to try to change the narrative that to be politically involved as a Cuban American means voting Republican and advancing conservative policies. 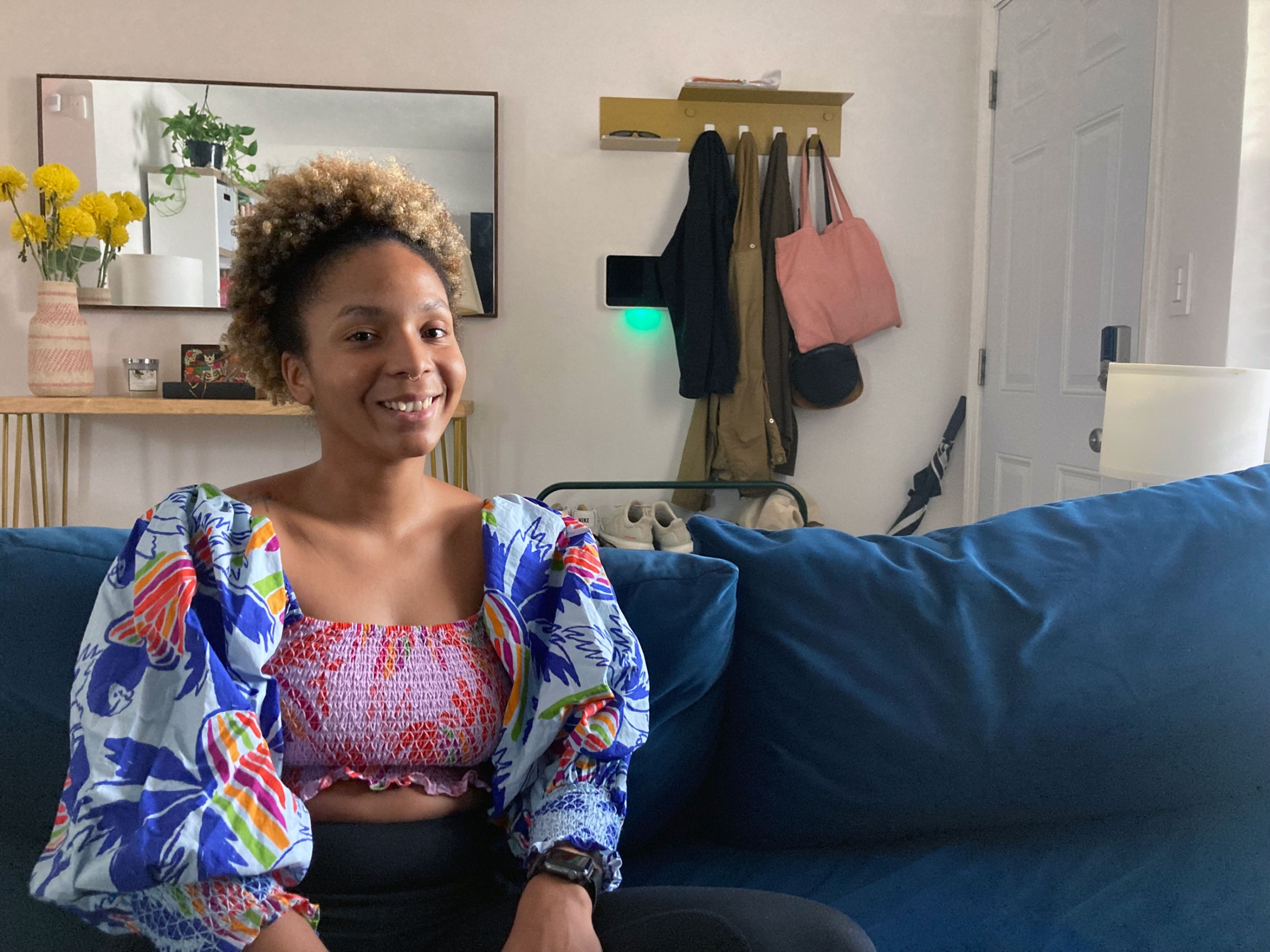 The Miami Freedom Project recently hosted an event with Cuban artists from the San Isidro movement, who recently fled the island after an increase in government censorship.

Speaking to the group, co-founder Ana Sofia Pelaez made connections between the Communist regime and authoritarian impulses many progressives see in the American right.

Some Miami progressives who worked for Democratic campaigns in 2016 and 2018 were disenchanted by the disconnect they saw between the liberal political establishment and the individuals they were trying to reach.

“You can't just show up every two to four years and just assume, when you need something, that people are going to be there for you,” Pelaez said. 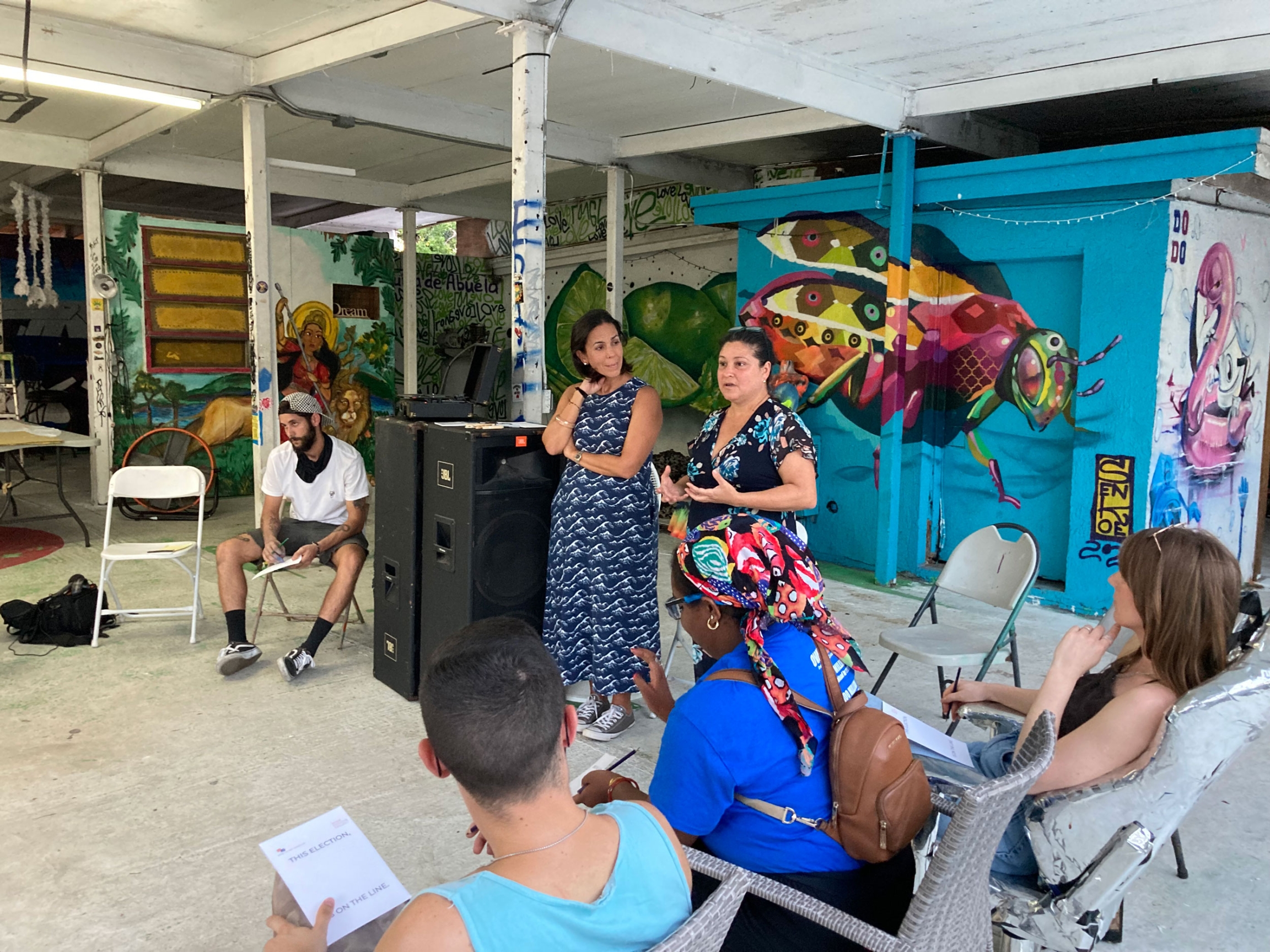 Ana Sofia Pelaez (in blue), founder of the Miami Freedom Project and Iris Ruiz (in black), Cuban artist and coordinator for the San Isidro movement lead an art workshop at La Esquina de Abuela, a cultural center in Miami. Cuba’s Movimiento San Isidro is a group of Cuban artists, activists, journalists and academics that came together to protest against Cuba’s authoritarian regime.

She hopes that promoting civic engagement in cultural spaces will encourage community dialogues around local issues facing Miamians today, such as affordable housing and climate change — not just when there’s an election on the line.

“We start with the community and identify what they need and then have that lead us to the advocacy, to the campaign, to the candidate,” she said.

South Florida Republicans have been doing a version of this for a long time, and have reaped the rewards.

Giancarlo Sopo is a political strategist and founder of public relations and marketing agency, Visto Media.

“These Republican national committee, these RNC community centers, in places where Hispanics can come in, they get information about an upcoming election, they can sign up to volunteer, but they also do things like host citizenship classes, teach them small business skills,” said Sopo, who led Donald Trump’s National 2020 Hispanic advertising, much of which was focused in Florida.

“People who come from Latin America and escaped left-wing dictatorships,, they are not going to align with the left-of-center political party. They're gonna want to align more with the conservative party.” 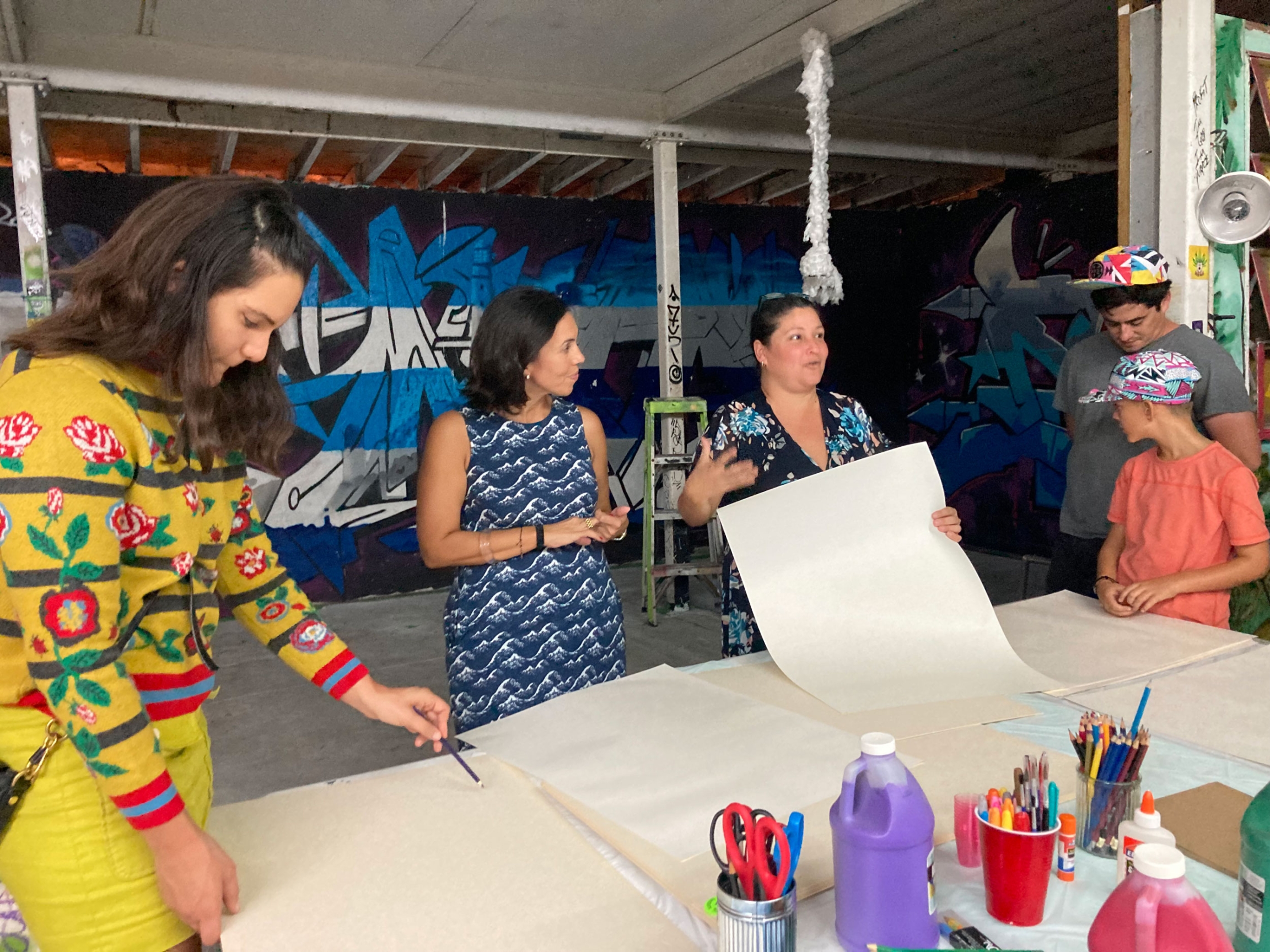 Ana Sofia Pelaez (in blue), founder of the Miami Freedom Project and Iris Ruiz (in black), Cuban artist and coordinator for the San Isidro movement lead an art workshop at La Esquina de Abuela, a cultural center in Miami.

In the 2000 election, George W. Bush narrowly won Florida, thanks, in part, to the large turnout of Cuban voters. In 2004, his support among Cuban Americans was 78%. While Barack Obama made some gains with Cuban voters, in 2016 and 2020, more than half supported Donald Trump.

In South Florida, the Cuban American establishment has deep roots and influence in local institutions and the media, so progressives’ efforts to sway voters will likely be an uphill battle.

Guillermo Grenier is professor of sociology at Florida International University who studies Cuban American ideology and immigration in Miami. Cubans are 35.6% of the population in Miami, but according to Grenier, it’s more than just the numbers. Newcomers build on the foundation of the Cuban American establishment, which has had a stronghold on Miami institutions from the media to local politics since the 1980s.

Grenier has been conducting FIU’s Cuba Poll, a survey on Cuban American political attitudes, since 1991, and he’s seen a pattern over the years. Newer immigrants and younger Cubans tend to be more liberal, but eventually, they fall in line.

A strong majority of Cuban Americans are expected to back their reelection bids on Tuesday. Progressives hope their conversations with voters this year will be laying the foundation for future elections.

Editor's note: Virginia Lora comes to us from “Feet in 2 Worlds,” a project that brings the work of immigrant reporters to public radio. 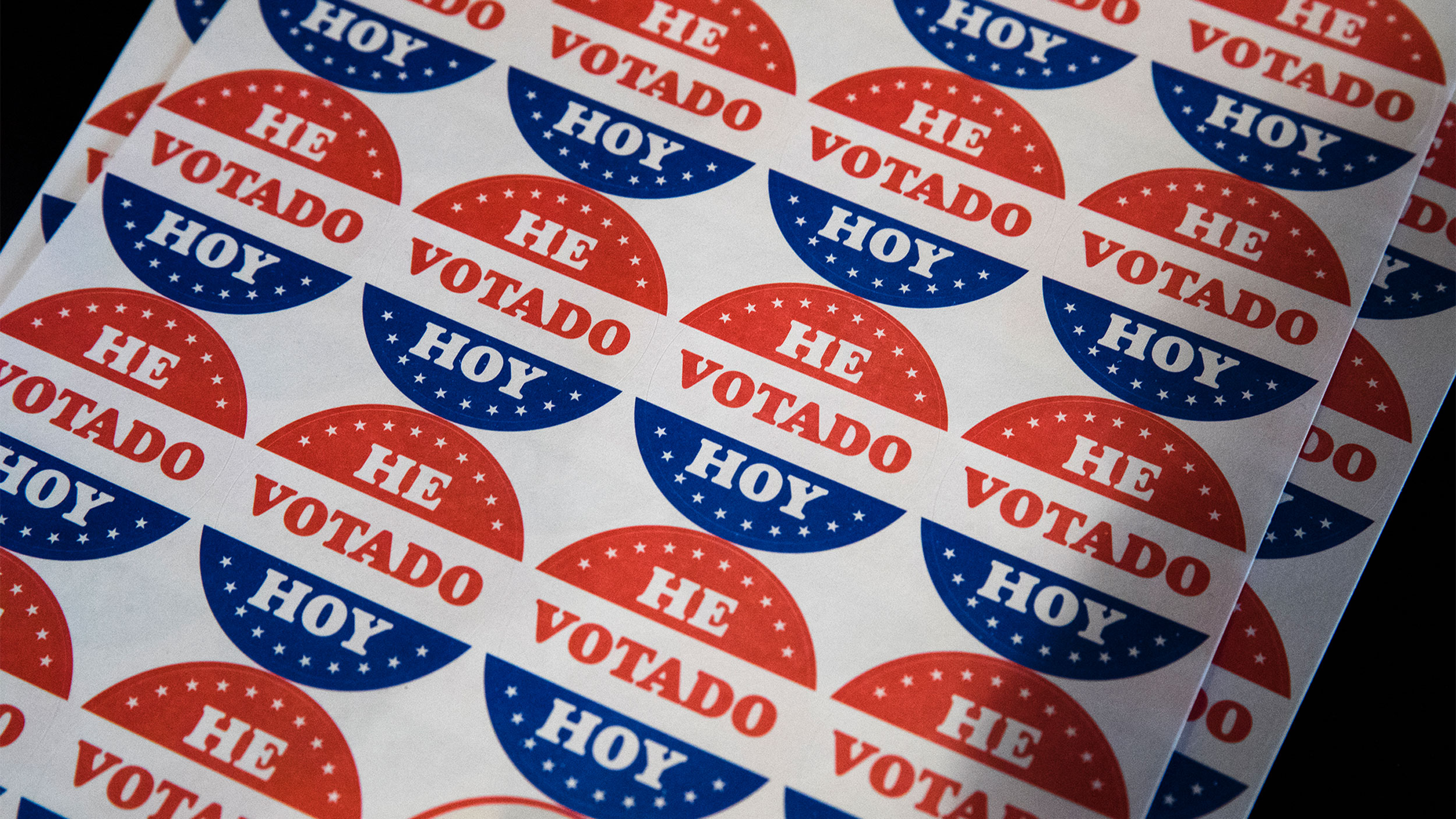 Texas candidates battle for Hispanic vote in US midterm elections 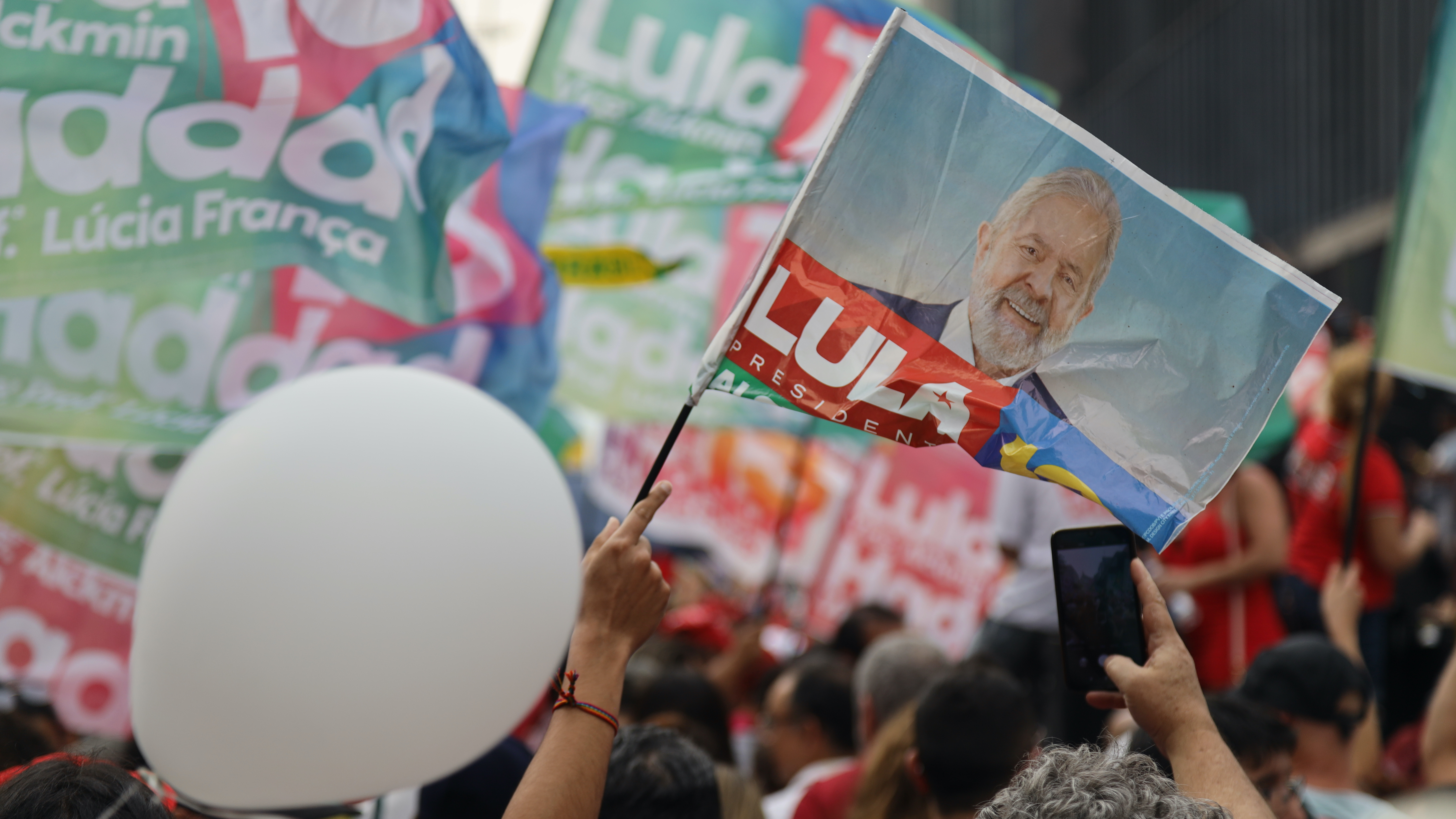 'We want democracy': Lula's supporters celebrate his victory over Bolsonaro for the presidency in Brazil 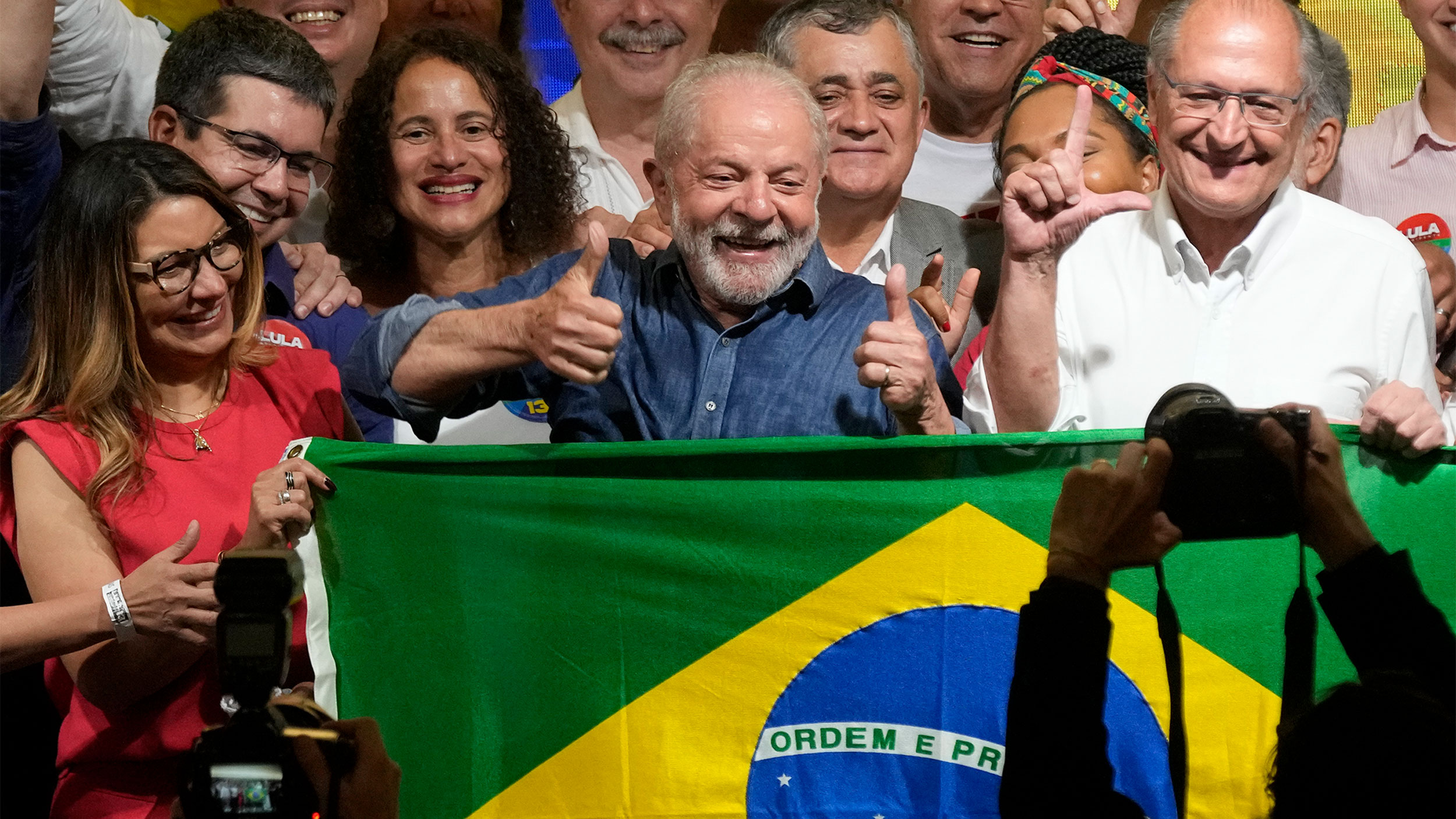 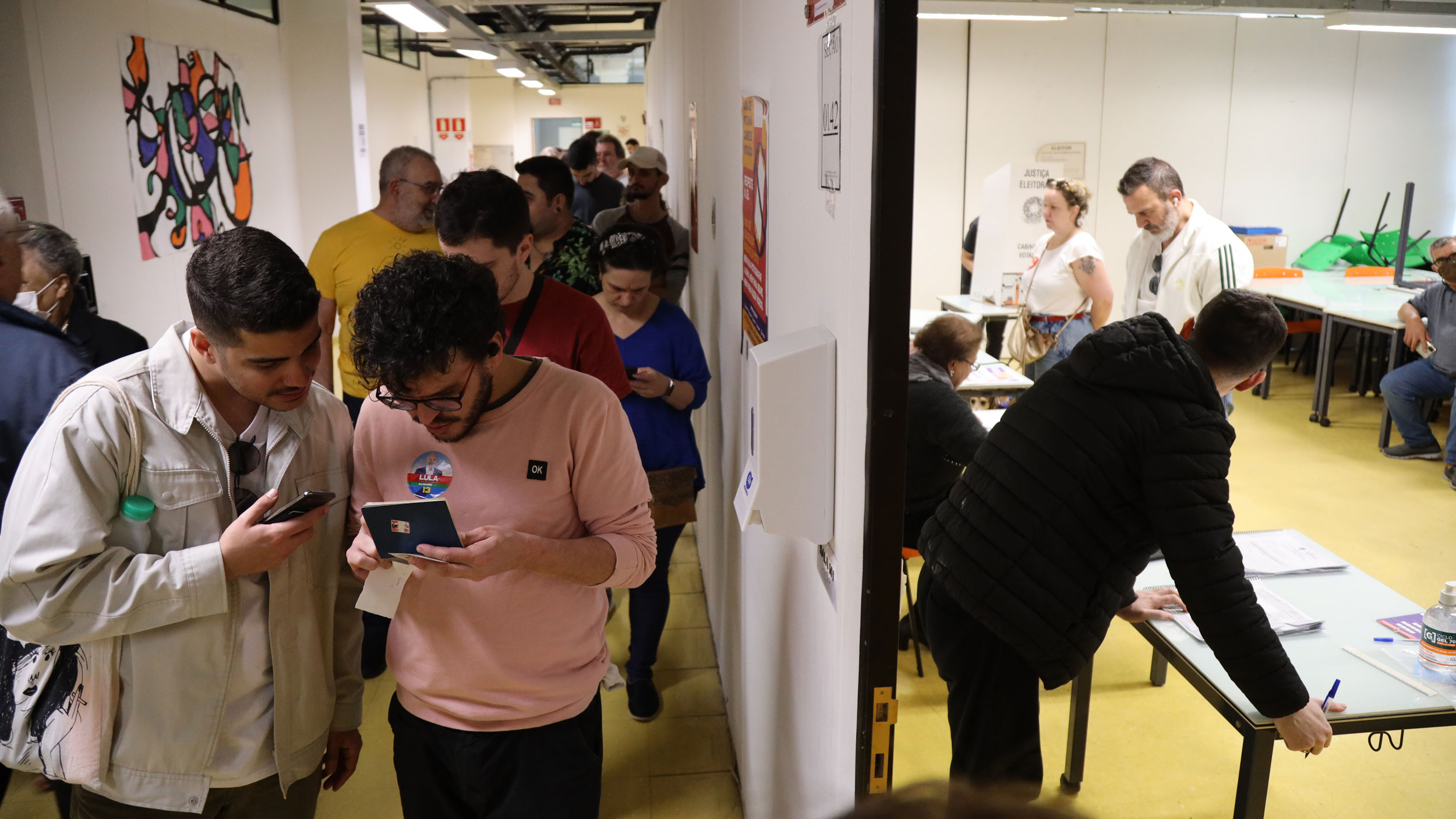