In the north of Mexico, water cuts to cope with shortages hit poor communities hardest

Extreme heat and drought have left water in short supply in Monterrey, Mexico, but not everyone is feeling the pinch. Some poor neighborhoods seem to be facing far more restrictions on water usage than wealthier ones.

People gather at a playground amid water shortages in Monterrey, Mexico.

Brenda Sánchez, a school teacher in Monterrey, Mexico, lives with her three kids in a poor area of the city known as Poniente, about 2 1/2 hours south of the Texas border.

Amid a severe water shortage in Monterrey, she said the government had a rationing plan in place to maintain access to water on a regular basis — but that it’s rarely put into practice where she lives.

“We were supposed to have water for six hours a day during the mornings, but it never happens,” she said. “We’ve had up to six weeks without any running water at home," she said.

Authorities have been restricting the city’s water supply since March, in order to ration the dwindling supply. But water cuts seem to be impacting low-income neighborhoods more than wealthier areas.

In her neighborhood, she said, people line up for hours to receive water rations from delivery trucks. “We have to choose between going to work or waiting for the water,” she said.

Extreme heat and drought have left three dams that serve the city of nearly 5 million people, practically empty. Even the rain that is expected over the next few months won’t be enough to solve the problem, experts warn.

This is what life has become for many people in Monterrey. 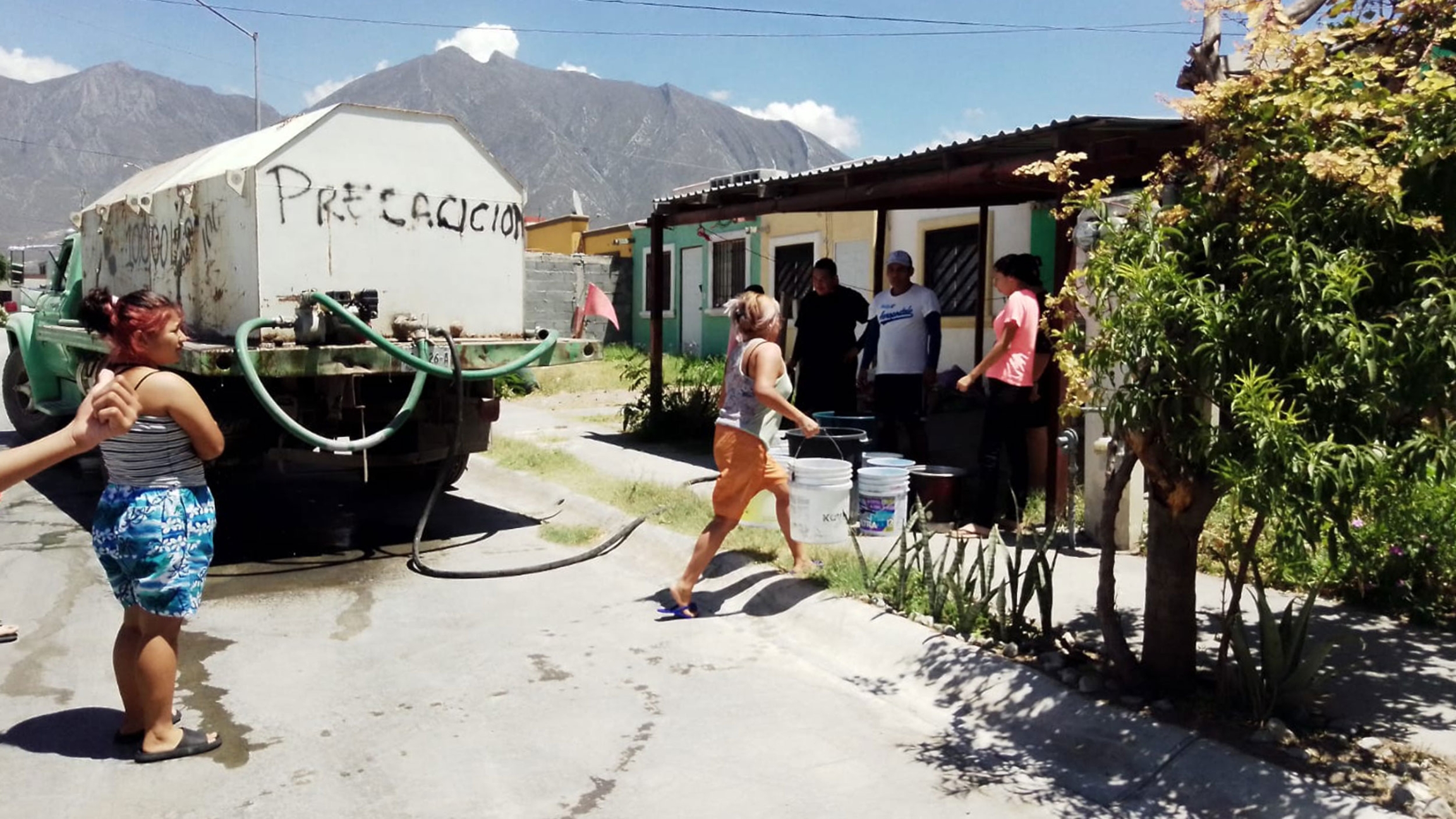 People in the Colonia Valle de Lincoln, in the area of Poniente, Monterrey, line up to get water from the delivery truck.

But that's not everyone's experience.

Sánchez started noticing that in some wealthier neighborhoods, water cuts seemed less frequent, or not occurring at all.

She mentioned it to her brother-in-law, Antonio Hernández, who is a biologist and researcher in Monterrey. So, he started investigating.

He asked people there if their water had been cut off, and was surprised to hear that most of them said that access had not been affected.

“I found a few people relaxing in a pool. A big pool,” he said. 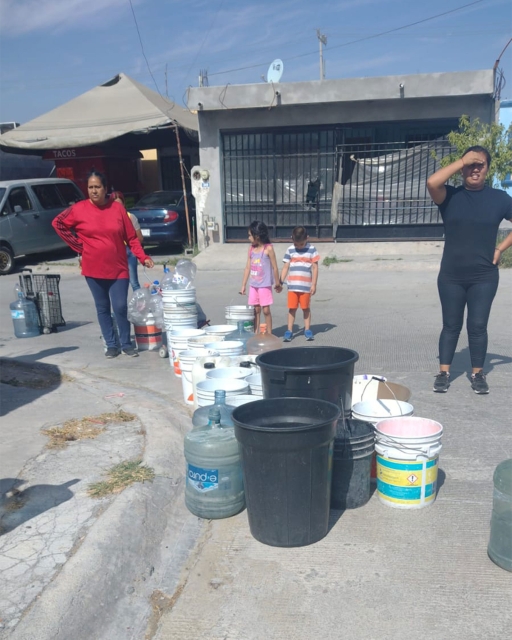 Water cuts in Monterrey, Mexico, seem to be impacting less wealthy communities while wealthier ones are not experiencing as many water cuts.

“It was disturbing,” he said, "to see these people without any water restrictions, and then [comparing] it to the situation of members of my own family who don’t have any running water.”

In Monterrey, water distribution is the responsibility of Water and Sewage, a state agency. The agency's head, Juan Ignacio Barragán, confirmed the unequal distribution of water throughout the city.

“Historically, wealthy people have chosen to live close to the sources of water, so they don’t face this problem,” he said.

Supplying water to areas that are far from the reservoirs is an ongoing challenge, Barragán said. These areas have also seen a growth in population, he added.

Barragán said the government has started a program to regulate water pressure. The idea is to conserve water that they can then pump to underserved communities. He also said that the agency is working to improve its outdated pipeline infrastructure.

But another problem is water concessions to private industries, like beer and soft drink bottlers.

José Antonio Benjamín Ordoñez Díaz, a researcher and environmentalist at the Monterrey Technology Institute and Higher Education, said the state of Nuevo León, where Monterrey is located, is a very dry area that historically has suffered from water scarcity.

It's a city that should not have so many industries that use extremely high amounts of water, he said.

Barragan said that only 4% of the water of the state of Nuevo León goes to private companies. But Ordoñez Díaz pointed out that this represents 19% of Monterrey’s total water supply.

Authorities have been calling on these industries to share the water that the government granted decades ago. Oftentimes, their water usage goes unchecked.

But cutting water to these companies can generate another problem, Barragan said.

“We would have a job crisis.”

Brenda Sanchez, the teacher in Poniente, said that water should be prioritized for human consumption in Monterrey.

“I understand that we have limitations right now, but we all should have the same limitations and the same right to use this vital resource,” she said.