‘It’s never too late’: How learning Finnish taught me to embrace vulnerability Reporter Kavita Pillay stands near a sign that reads "to the ice" in Finnish.

Last year, when I moved to Finland, I was confident that I would finally start learning the Finnish language.

My husband is a native Finnish speaker and my daughter, 7, has already made strides with the language.

But there was one obstacle I didn’t expect: The week after we arrived, the mayor of Helsinki suggested that Finland’s capital should declare itself an English-speaking city.

It’s easy to get by in Helsinki without speaking Finnish. I soon realized that I would need inspiration from others to learn the language my husband speaks as a native Finn. Luckily, I met an American opera singer and an Iraqi-born refugee who both taught me how to embrace the vulnerability of learning a new language. 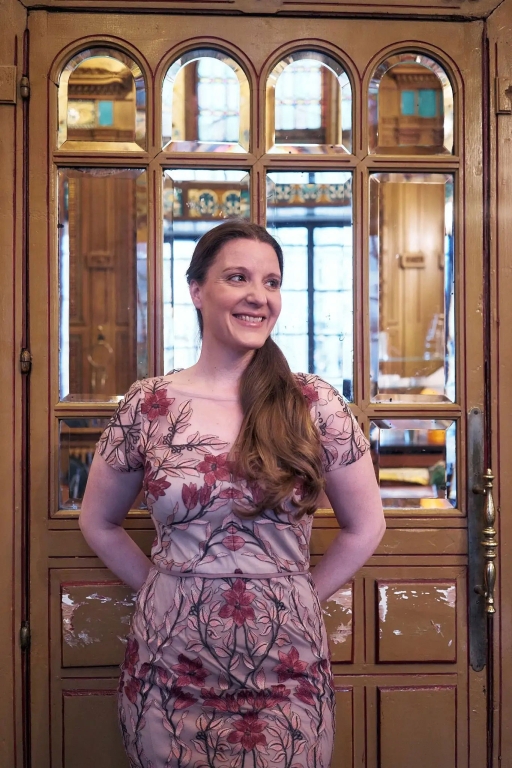 Betany Coffland is a professional opera singer from the US who is living in Finland.

Opera singer Betany Coffland moved to Helsinki from the US. She had started learning Finnish through online classes about a year before she moved to Finland. Coffland has Finnish ancestry, and her great-grandparents emigrated to America in the early 1900s. She was able to get a four-year residency visa based on her ancestry, Coffland explained to me.

Coffland has made great progress with Finnish. But she admits that it’s not an easy language to learn and that it requires a lot of time and daily practice.

“The improvement is very slow,” Coffland said. “There's something reassuring in coming back to it again and again, and then, seeing progress really in months and years.”

As a Juilliard-trained mezzo-soprano and professional opera singer, Coffland sometimes “sings” the verb conjugation patterns that she’s trying to memorize.

Coffland said that the mundane repetition of learning opera performance techniques like stage-blocking and emoting isn’t that different from learning a language. Plus, in opera work, she has to master foreign-language sounds like the French “u.”

Coffland also deals well with another language learning hang-up: the desire to sound perfect when speaking Finnish. She said that she just accepts that she cannot be perfect.

“In my mind, it's just, like, it's fun. I'm quite shocked at how much fun I'm actually having,” she said.

Until she starts speaking, a lot of Finns may assume that Coffland is a native Finnish speaker.

That is not the case with Sara Al Husaini, a refugee from Iraq who moved to Finland as a baby.

“I see myself as Finnish,” Al Husaini said. “But I know that others won’t necessarily see me as Finnish.”

In fact, many people, she said, remind her that she is “not Finnish.” 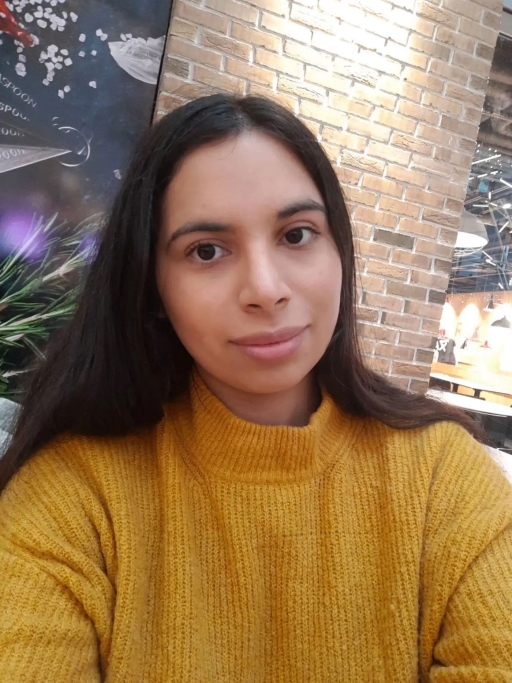 Sara Al Husaini, born in Iraq, has lived in Finland since she was a baby.

Al Husaini was born in Iraq, but has spent her entire life in Finland. In 2021, she was named Finland’s Refugee Woman of the Year. Earlier this year, she took a job helping new immigrants in Finland. She is a fluent Finnish speaker, but for some people, that is not enough. "

Al Husaini said she has read online forums in which people have discussed whether she is truly a Finn — which makes her feel her Finnishness is in question.

We are from different generations. We have very different life experiences. We arrived in this country in very different ways. But with my Indian ancestry, we are both visibly brown people in a majority-white country. And this adds to the hesitation I have about learning Finnish.

If I speak English, I can sound like a competent foreigner. If I stumble in Finnish, I may be perceived as a vulnerable immigrant.

I do have a lot of privileges here. I have an American passport. My American accent is familiar to people here because of films and TV. I came to Finland as a choice. But I know that learning Finnish will require me to be vulnerable and to make lots of mistakes —in public — with strangers.

“You’re trying to prove yourself all the time: ‘I am capable. I am good enough,’” Al Husaini said. “If you are brown or Black and you're struggling to communicate in the new language that you're desperately trying to pick up, then people might just think that you don't know. They don't see the complexity behind you.” 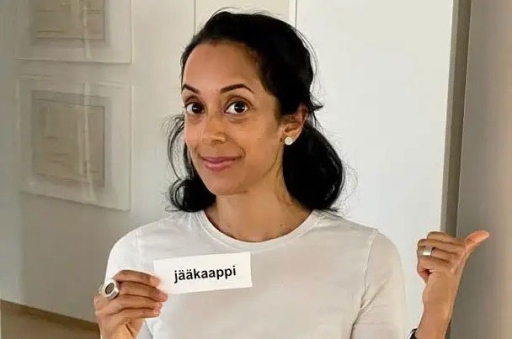 Kavita Pillay at her home near Helsinki, Finland.

For different reasons, both Al Husaini and Coffland know what it’s like to perform under intense pressure. What I’ve learned from them is to free myself from that pressure as I continue to learn the Finnish language.

I also hope that my daughter will see the joy of taking on a big, difficult challenge at any stage of life.

As they say in Finnish, Oppia ikä kaikki — “It’s never too late to learn something new.”

For more on Kavita Pillay’s quest to learn Finnish, listen to this episode of Subtitle, a podcast about languages and the people who speak them. Subtitle is supported by a major grant from the National Endowment for the Humanities. 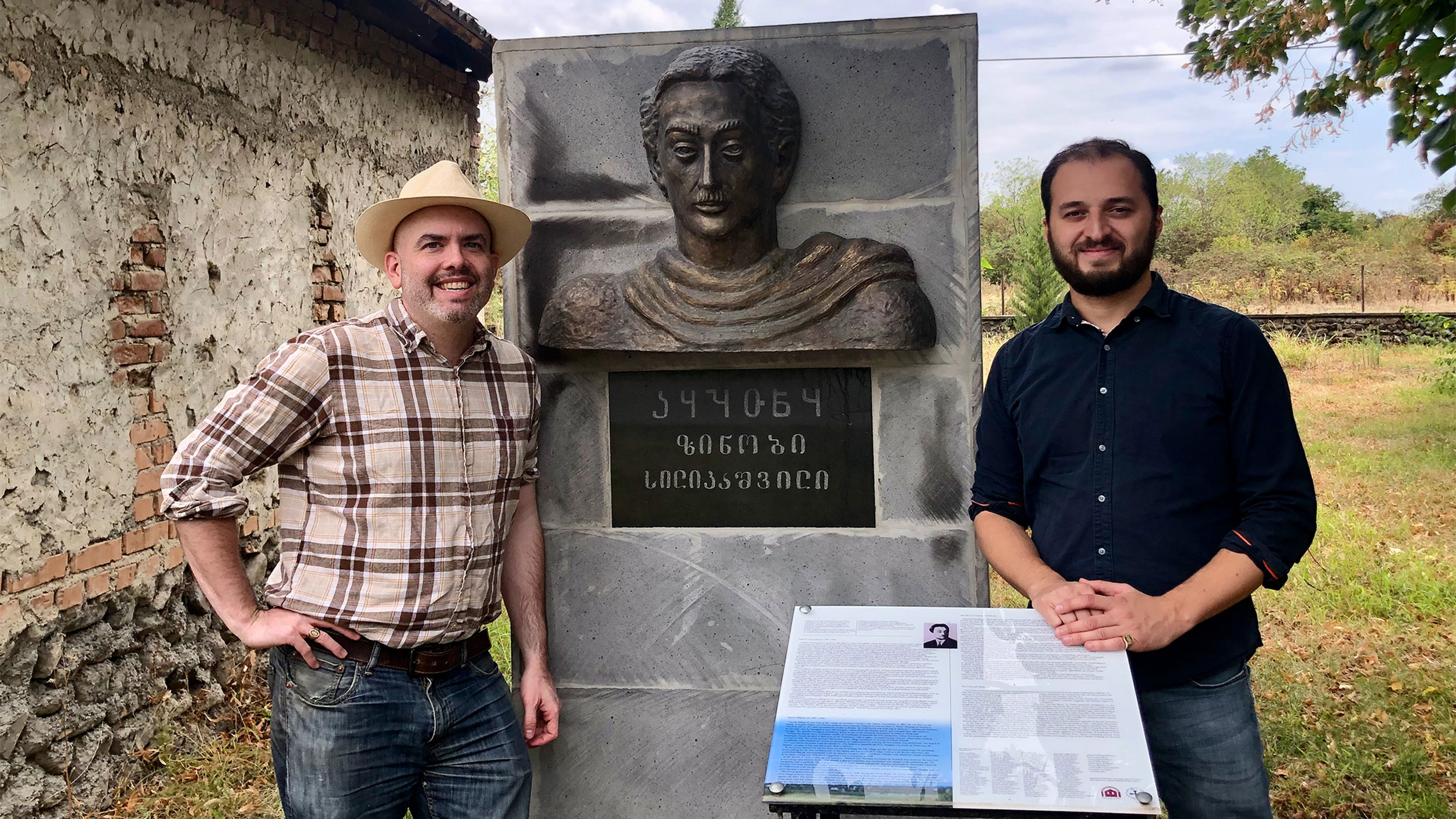 Udi, a dying language with its own alphabet, sees a revival in this small Georgian town 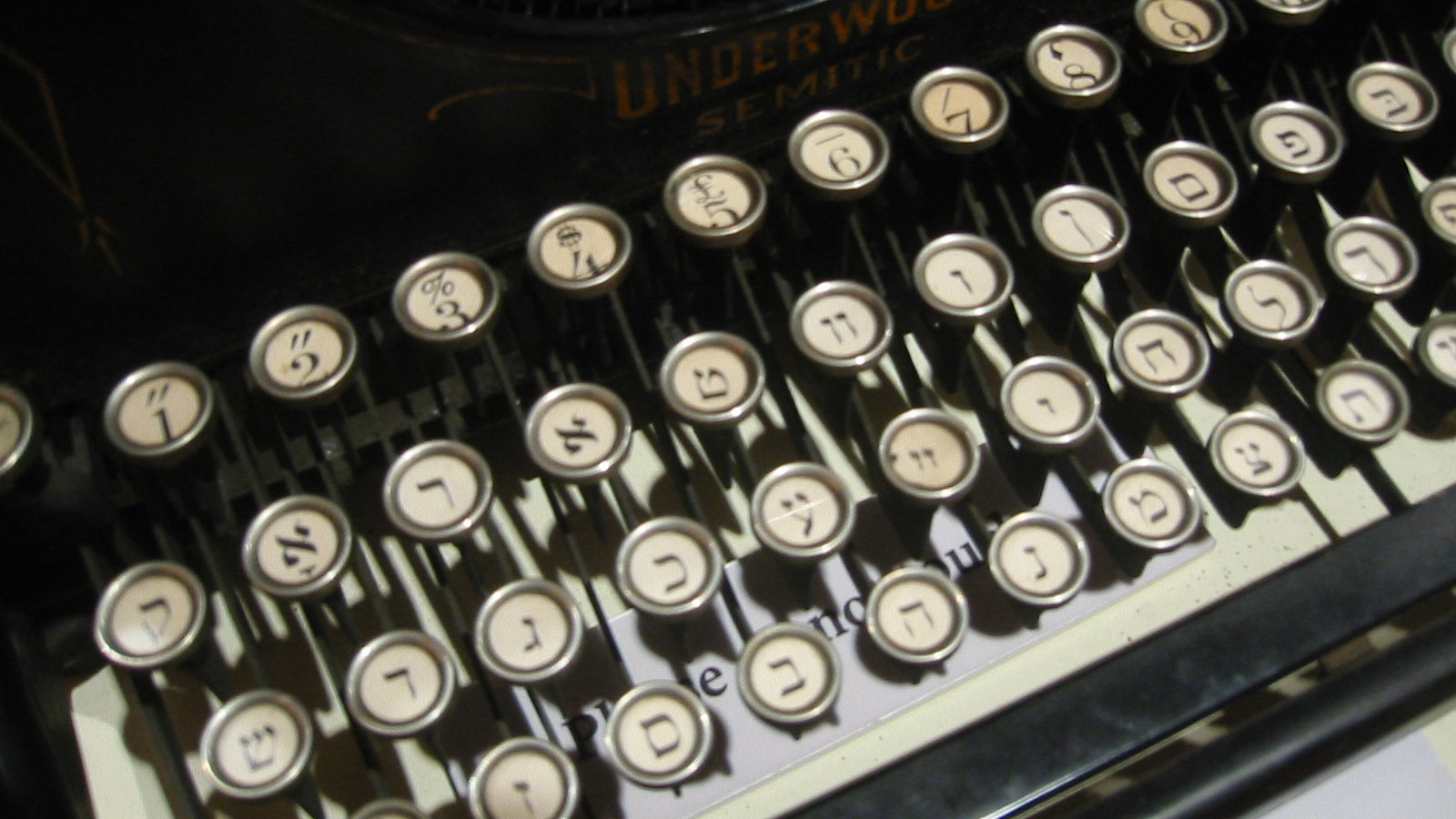 A Yiddish revival is underway at this prestigious Chinese university 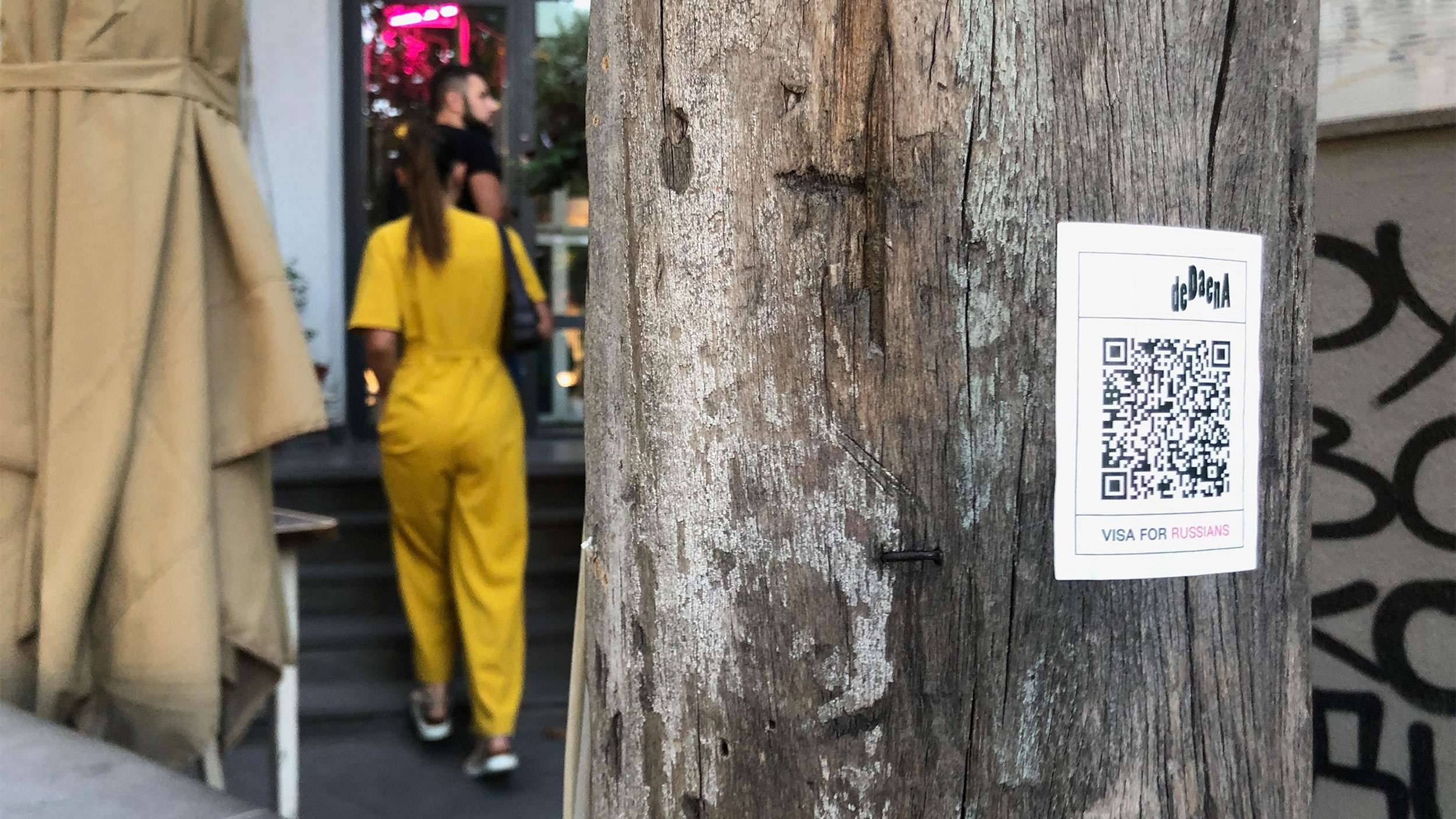 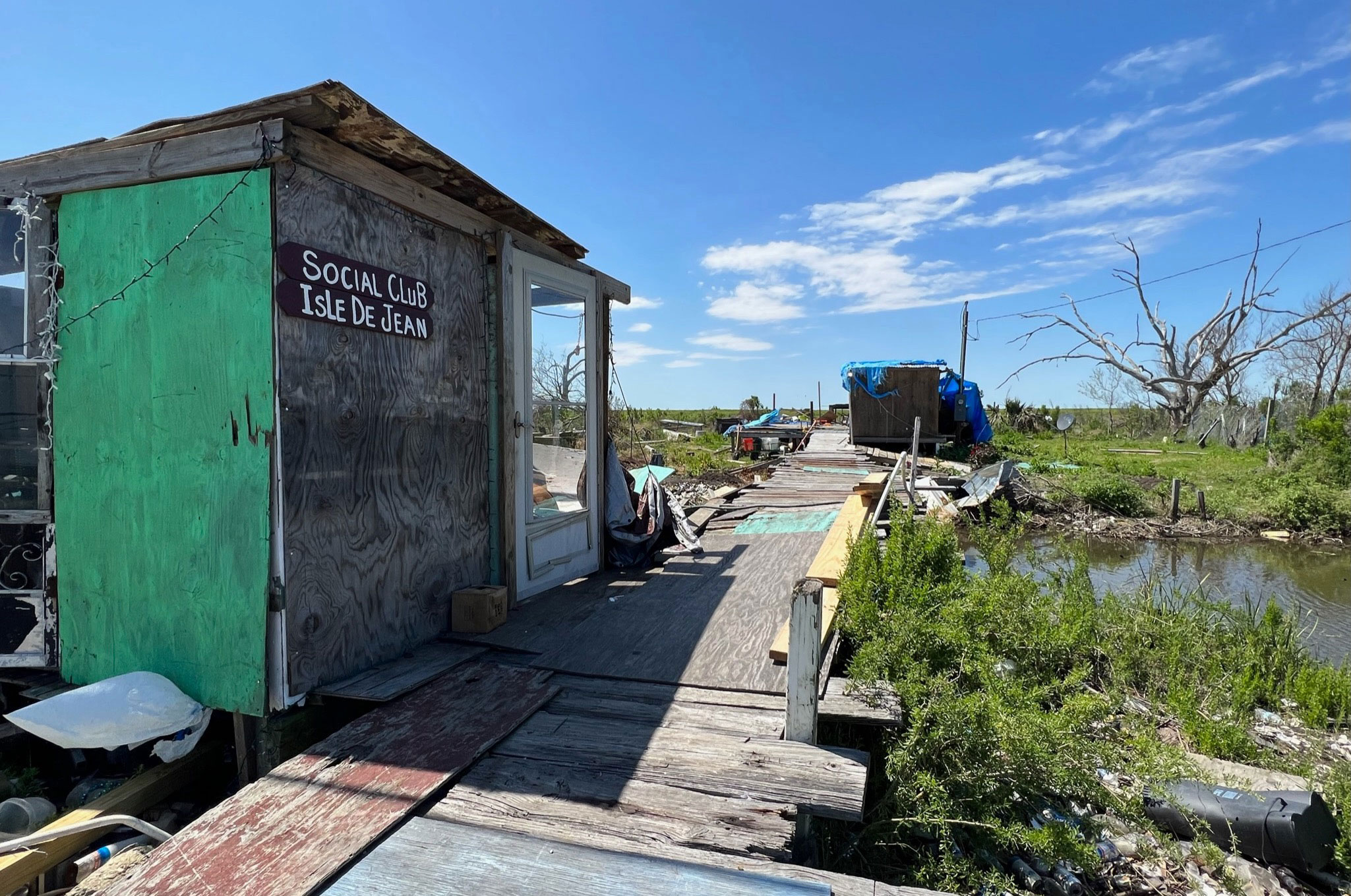