‘Knowledge has become our weapon’: Ukrainian children return to school amid war

“MuiTypography-root-134 MuiTypography-h1-139″>'Knowledge has become our weapon': Ukrainian children return to school amid war

President Volodymyr Zelenskiy said that a lot of students are also going to class far from home, or online because of the war.

Children line up to go to the Number 27 School in Lviv, Ukraine.

On Thursday, students of all ages in Lviv, Ukraine, dressed in vyshyvankas, or traditional Ukrainian embroidered clothing — and bringing gifts of flowers for their teachers — headed to School Number 27.

Oksana Vasko was there, dropping off her third-grade son.

“The first thing that I’m thinking about it’s, is it safe to visit the school nowadays, because [there] is war in my country. [But] we have to continue [to] study because it is the only hope, our children.”

Thursday was the first day of school in Ukraine, a national holiday. Even though the war with Russia rages on, many children in Lviv are returning to school, which for many, was paused in February.

More than half of the country’s schools are reopening to in-person learning, The Washington Post reported.

President Volodymyr Zelenskiy said that a lot of students are also going to class far from home, or online because of the war.

The Russian military has damaged 2,400 schools across the country, and 269 were completely destroyed, according to officials, The Washington Post reported.

Hundreds of children have also died or gone missing while thousands were among the Ukrainians forcibly transferred to Russia from Russian-occupied areas.

But in a written statement, Zelenskiy told Ukrainian students that their education is as important as ever for the future of the country.

“Because this knowledge gives us strength. This knowledge has become our weapon,” he said, adding, ““Knowing” and “defending” always go hand in hand.”

Vasko, the parent, said that she knows that Lviv is relatively safe — but the air raid sirens do go off every couple of days here.

“Today, we have just only one lesson, like welcome, returning back to school, and after that, they have [the] repetition of how they need to behave in extreme situation[s] and they will go to the shelter and will learn what to do.”

Dozens of schools in Lviv either have a bomb shelter or access to one.

Student Serhii Pavlenko said that the atmosphere on day one was not great: “We not learning [anything], our teacher show[ed] us where [the] bomb shelter [is], and like, lesson about war.”

Another student, Alexander Kiendrats, was a bit more upbeat.

“I think it’s a little bit different because, in this year we have a war with Russia, so maybe sometimes we will have alarm, so we will need to go down, but I think it will also [be] good for us, so I hope we will be OK,” he said.

Maryna Sologub is from Lysychansk, a city in eastern Ukraine that’s now occupied by Russian forces.

The day is bittersweet, she said. Her daughter Eva Sologub’s old school in Lysychansk burned down as a result of Russian shelling. 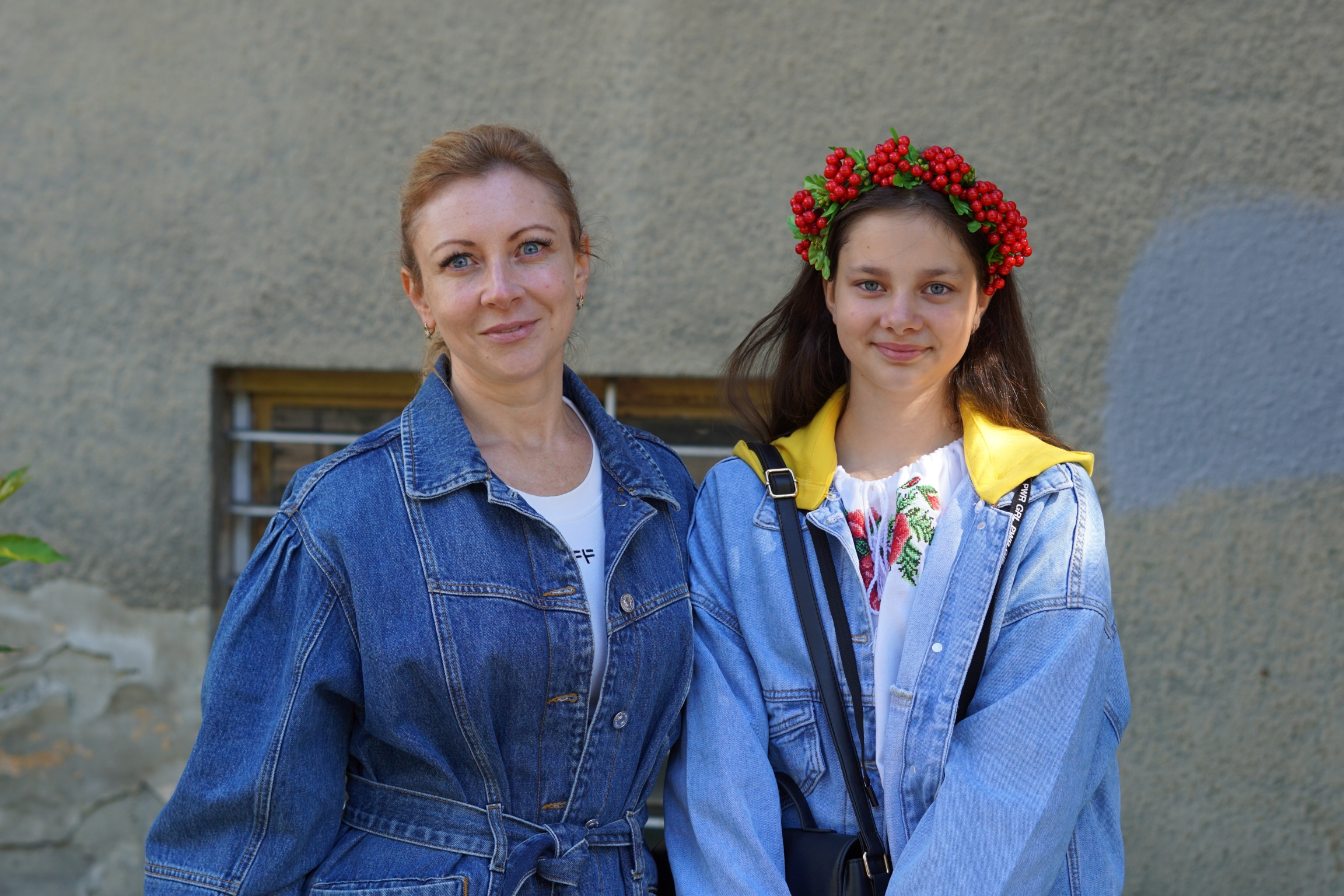 But Eva Sologub said the day went well. Still, she said that she hopes to go back to Lysychansk some day, when they rebuild the city.

But Maryna Sologub said that she’s worried there might just be nothing for them to return to.

English teacher Marta Trush said that she already sees changes in her students from the impact of war.

“Nowadays, they become an adult, not a [child], an adult.”

Marta Trush said that she worries her students have lost part of their childhood.

“All the theme of our talking is war, not about how they spent their holidays, only war.” 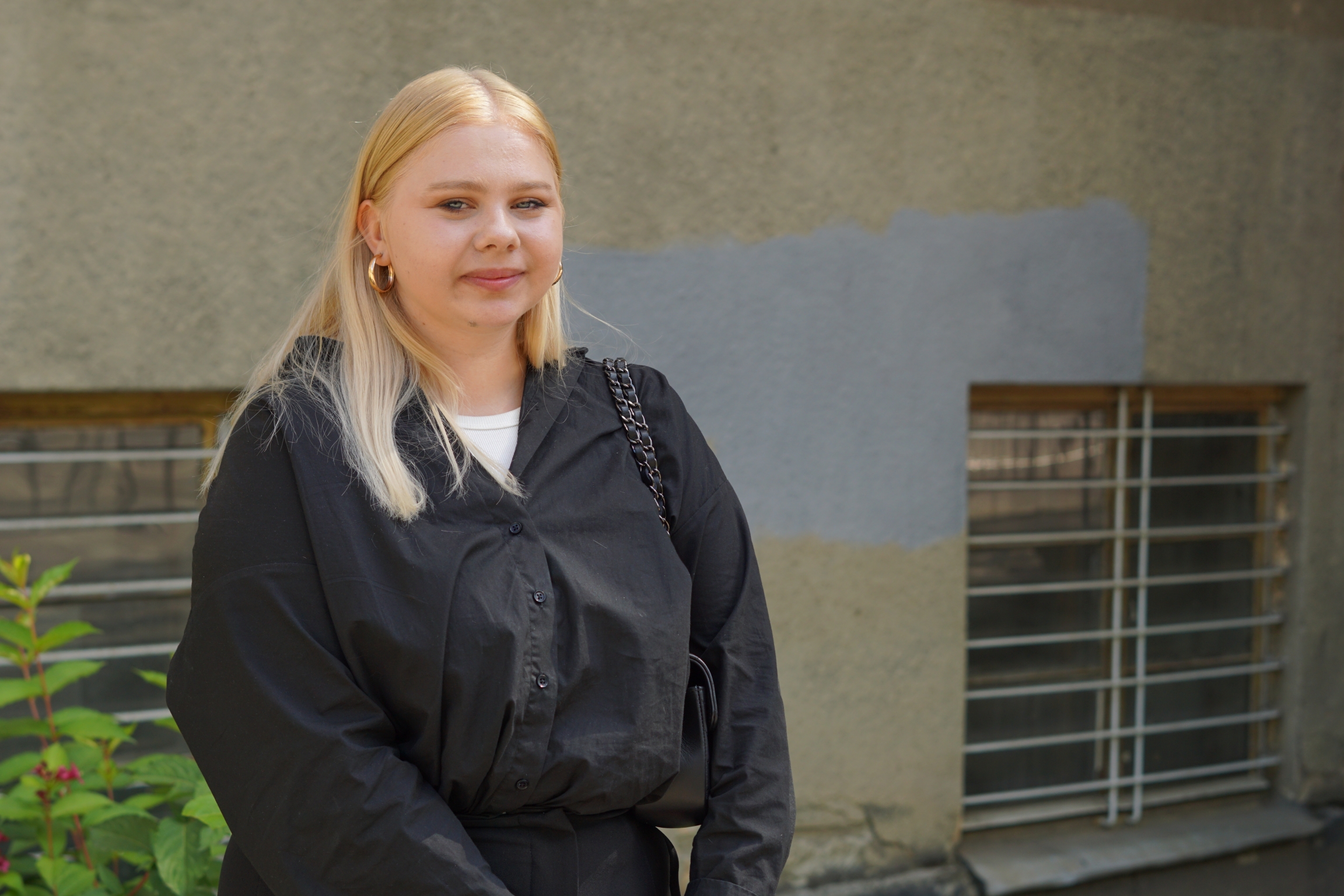 English teacher Marta Trush in Lviv, Ukraine, said that she already sees changes in her students from the impact of war.

And Marta Trush is dealing with the impact of the war herself. Her father is on the front lines somewhere in the south. She last spoke with him 10 days ago.

Marta Trush said it’s tough finding a balance in times like these.

“It’s very hard to balance because I think about my father, also my brother had died two weeks ago. Unfortunately, it’s very hard. [But] we must to live, we must to fight, we must to think in a good way, so that’s all.”

Her brother, Danilo Trush, was 25, and served in Ukraine’s military.

But she said that she’s trying to stay positive, and keep focused as the school year starts. And she’s hoping for the fewest visits to the bomb shelter as possible.

« China endures ‘heat wave from hell’ with record-breaking temperatures (Previous Post)
(Next Post) What school did Pugacheva’s children go to? Knowledge Day at an elite gymnasium in Moscow »