“MuiTypography-root-225 MuiTypography-h1-230″>Loss and damage: Who is responsible when climate change harms the world’s poorest countries?

That’s the big question coming up at the UN Climate Change Conference, known as COP27, and it’s controversial. It refers to the economic and physical costs that developing countries are facing from the impacts of climate change.

You may be hearing the phrase “loss and damage” in the coming weeks, as government leaders meet in Egypt for the 2022 UN Climate Change Conference.

It refers to the costs, both economic and physical, that developing countries are facing from climate change impacts. Many of the world’s most climate-vulnerable countries have done little to cause climate change, yet they are experiencing extreme heat waves, floods and other climate-related disasters. Now, they want wealthier nations — historically the biggest sources of greenhouse gas emissions — to pay for the harm.

One example is Pakistan, where extreme rainfall on the heels of a glacier-melting heat wave flooded nearly one-third of the country in the summer of 2022.

The flooding turned Pakistan’s farm fields into miles-wide lakes that stranded communities for weeks. More than 1,700 people died, millions lost their homes and livelihoods and more than 4 million acres of crops and orchards, as well as livestock, drowned or were damaged. This was followed by a surge in malaria cases as mosquitoes bred in the stagnant water. 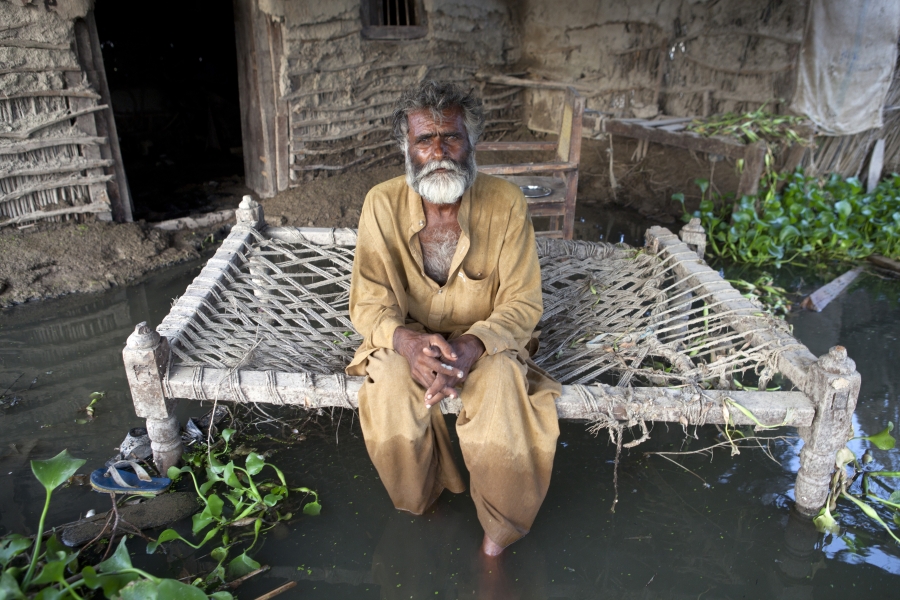 Many developing countries are looking to this year’s COP27 conference as a crucial moment for making progress on establishing that formal mechanism.

With Egypt hosting this year’s UN climate conference, it’s not surprising that loss and damage will take center stage.

Countries in Africa have some of the lowest national greenhouse gas emissions, and yet, the continent is home to many of the world’s most climate-vulnerable countries.

To deal with climate change, these countries — many of them among the world’s poorest — will have to invest in adaptation measures, such as seawalls, climate-smart agriculture and infrastructure that’s more resilient to high heat and extreme storms. The UN Environment Program’s Adaptation Gap Report, released Nov. 3, 2022, found that developing countries need five to 10 times more international adaptation finance than wealthier countries are providing.

Egypt is emphasizing the need for wealthy countries to make more progress on providing financial support for both adaptation and loss and damage.

Climate injustice and loss and damage

The conversation on loss and damage is inherently about equity. It evokes the question: Why should countries that have done little to cause global warming be responsible for the damage resulting from the emissions of wealthy countries?

That also makes it contentious. Negotiators know that the idea of payments for loss and damage has the potential to lead to further discussions about financial compensation for historical injustices, such as slavery in the United States or colonial exploitation by European powers.

At COP26, held in 2021 in Glasgow, Scotland, negotiators made progress on some key issues, such as stronger emissions targets and pledges to double adaptation finance for developing countries. But COP26 was seen as a disappointment by advocates trying to establish a financial mechanism for wealthier nations to provide finance for loss and damage in developing countries.

The lack of resolution at COP26, combined with Egypt’s commitment to focus on financing for adaptation and loss and damage, means the issue will be on the table this year.

The nonprofit Center for Climate and Energy Solutions expects discussions to focus on institutional arrangements for the Santiago Network for Loss and Damage, which focuses on providing technical assistance to help developing countries minimize loss and damage; and on fine-tuning the Glasgow Dialogue, a formal process developed in 2021 to bring countries together to discuss funding for loss and damage.

The V20 group of finance ministers, representing 58 countries highly vulnerable to climate change, and the G-7 group of wealthy nations also reached an agreement in October 2022 on a financial mechanism called the Global Shield Against Climate Risks. The Global Shield is focused on providing risk insurance and rapid financial assistance to countries after disasters, but it’s unclear how it will fit into the international discussions. Some groups have raised concerns that relying on insurance systems can overlook the poorest people and distract from the larger discussion of establishing a dedicated fund for loss and damage.

Two elements of developed countries’ reluctance to formalize a loss and damage mechanism involve how to determine which countries or communities are eligible for compensation and what the limitations of such a mechanism would be.

What would a threshold for loss and damage eligibility look like? Limiting countries or communities from receiving compensation for loss and damage based on their current emissions or gross domestic product could become a problematic and complicated process. Most experts recommend determining eligibility based on climate vulnerability, but this can also prove difficult.

How will world leaders respond?

Over a decade ago, developed countries committed to provide $100 billion per year to fund adaptation and mitigation in developing countries. But they have been slow to meet that commitment, and it does not cover the damages from the climate impacts the world is already seeing today.

Establishing a loss and damage mechanism is considered one avenue to provide recourse for global climate injustice. All eyes will be on Egypt from Nov. 6-18, 2022, to see how world leaders respond.

Bethany Tietjen is a Research fellow in climate policy at Tufts University.

This article is republished from The Conversation, a nonprofit, independent news organization dedicated to unlocking the knowledge of experts for the public good. 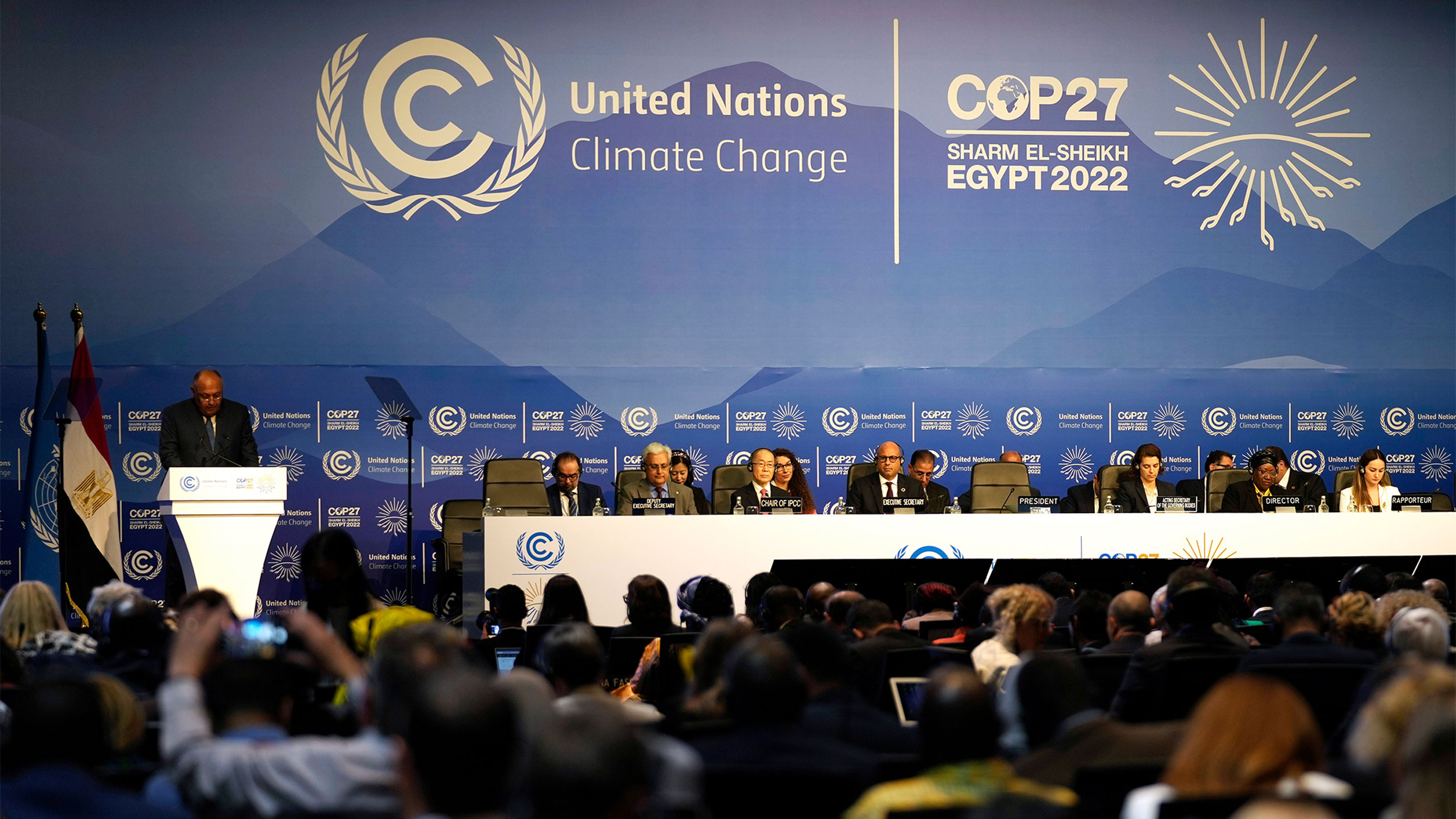 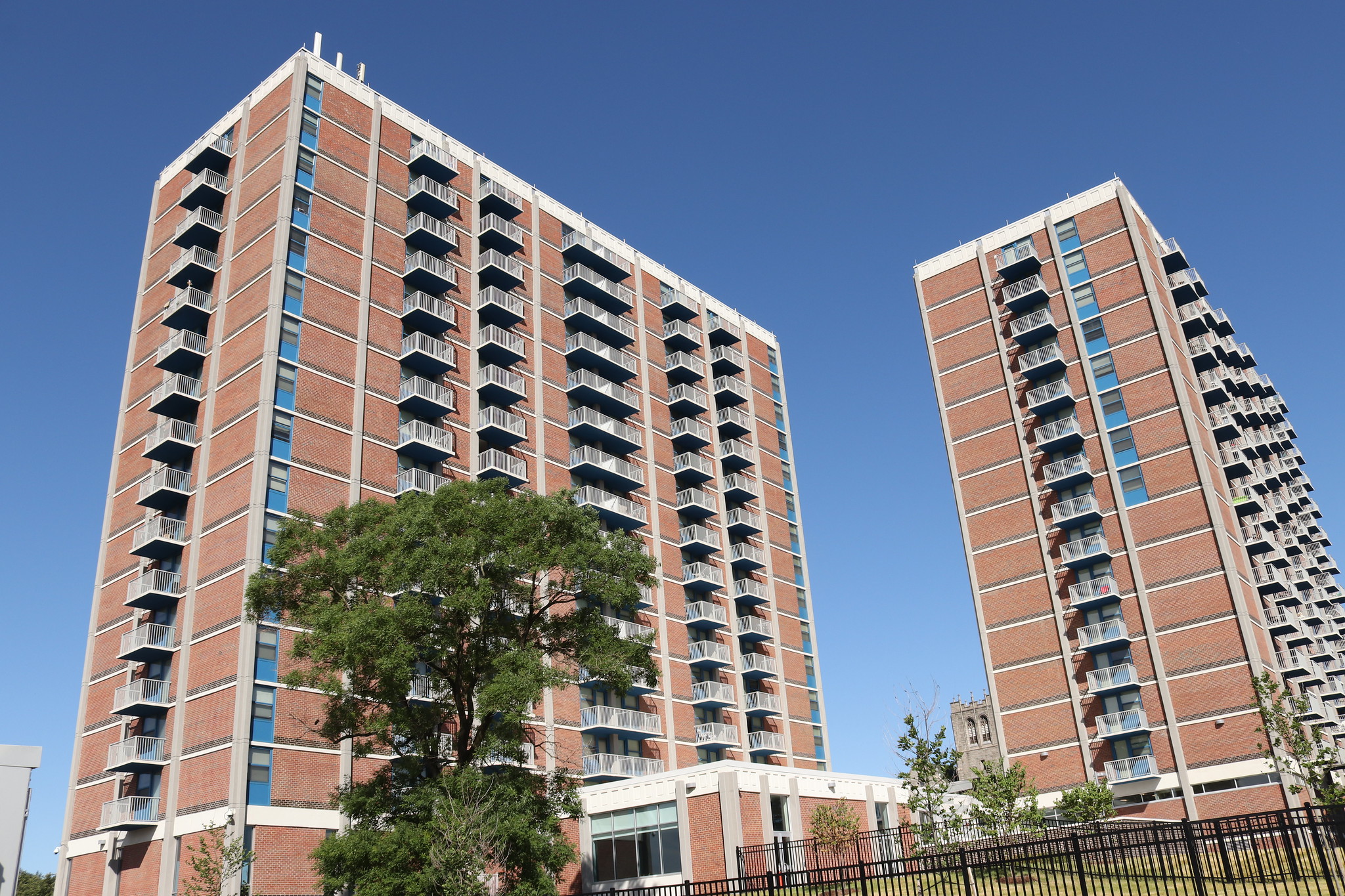 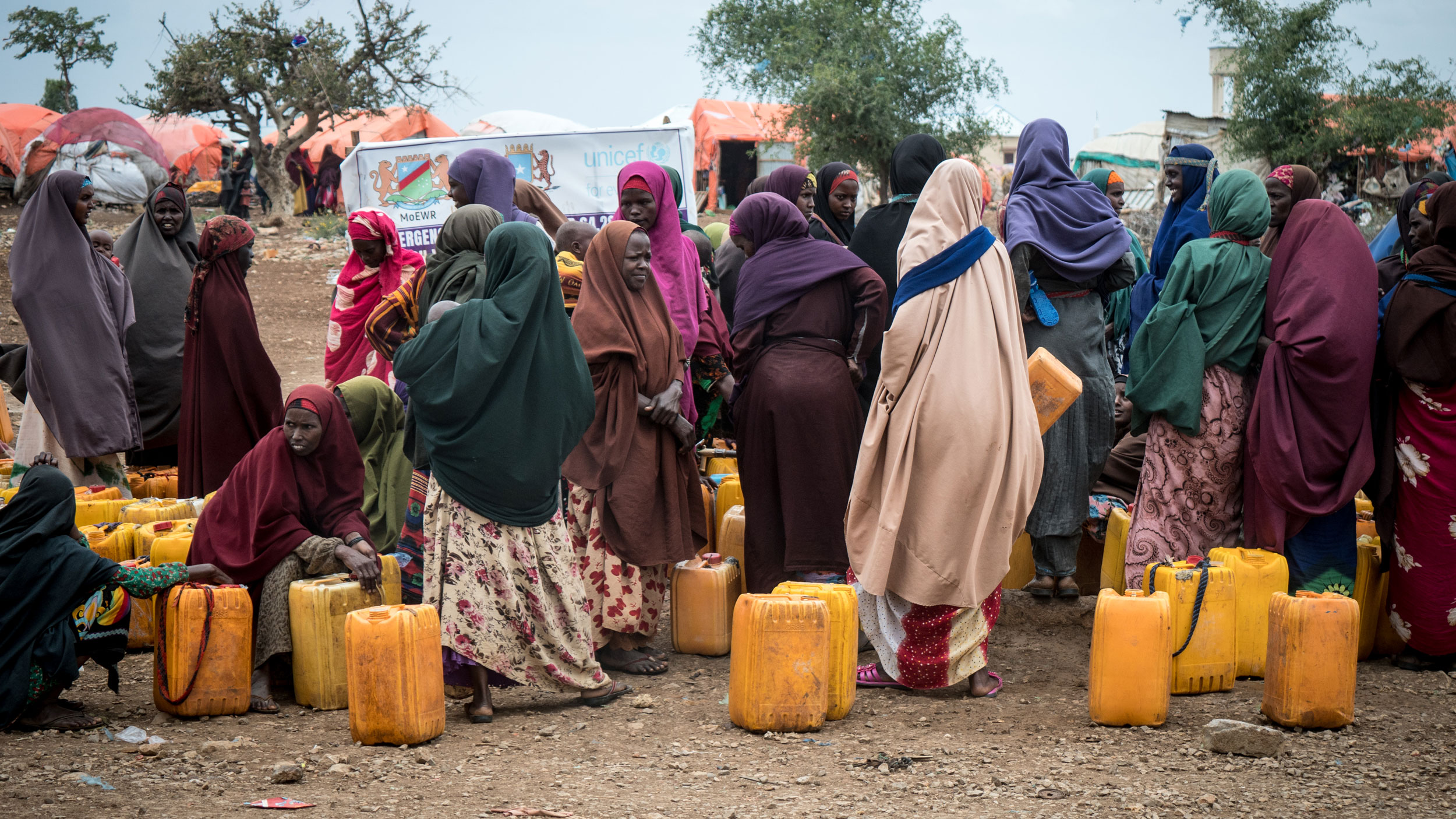 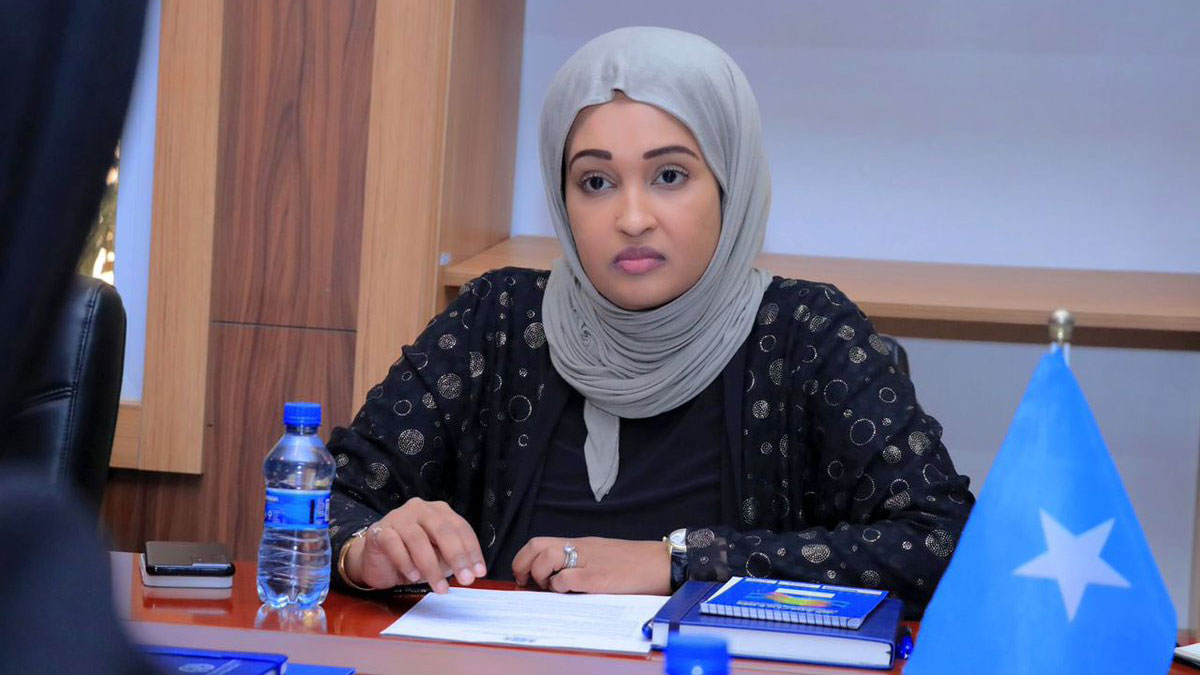 « 100 years since the discovery of King Tut’s tomb (Previous Post)
(Next Post) Russia is placing ‘a major bet’ on US midterm election outcomes, journalist says »