Merchant mariners stranded on ships in Shanghai during COVID lockdown

Under a strict COVID-19 lockdown in Shanghai, some crew members on cargo ships have been stranded. Crew member Madeleine Wolczko has been documenting the harrowing ordeal.

Madeleine Wolczko, stranded on a ship in Shanghai during the COVID-19 lockdown, documents her experience.

Just outside Shanghai’s port, 100 ships remain stalled due to the huge back up of global supply chains during the pandemic. But the people who work on these cargo ships are in a different kind of limbo.

When Shanghai went under a strict COVID-19 lockdown over six weeks ago, some crew members got stranded on their ships.

Twenty-eight-year old Madeleine Wolczko, from Washington state, works as a second mate on a container ship that carries goods between China and the US.

Her large ship — the length of nearly three football fields — arrived in Shanghai in early February. It was on an “Asia run,” with four stops in Asia before returning to the US' West Coast.

After the crew quarantined and unloaded their cargo, the vessel was in dire need of some maintenance, so the crew hunkered down on the ship to wait for repairs that they thought would take about five weeks.

But then Shanghai went under lockdown. The Chinese shipyard crew was forced to leave before they could complete all the repairs.

Related: At the mouth of the Black Sea, a ship spotter watches for clues amid Ukraine war 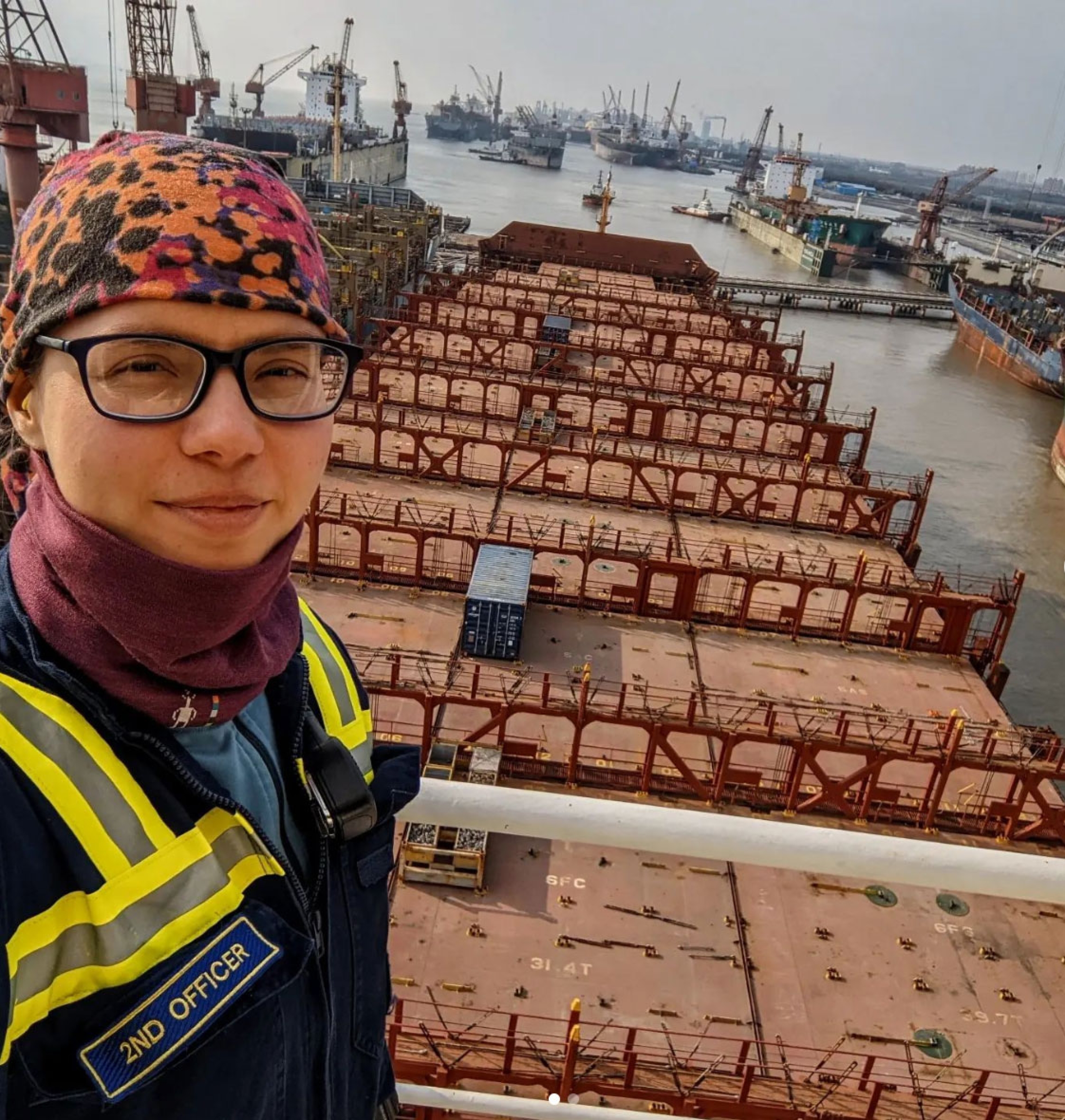 Madeleine Wolczko, second mate on a cargo ship, has been stranded in the Shanghai port during the COVID-19 lockdown.

Over the course of its 22-year life, the vessel can get very rusty and beat up, Wolczko explained, especially after going through huge storms in the middle of the ocean.

“You don't really realize how much these ships flex and bend, but they do because they're very long and they're made of metal,” Wolczko said. “So there's a lot of fractures that happen. It requires a massive amount of work.”

The ship was completely unseaworthy.

Now, Wolczko and her crewmates are stranded in Shanghai, and still restricted to their ship for nearly three months now.

Related: Pet owners in Shanghai struggle to care for their animals during COVID lockdowns

Wolczko has been using her photography skills to document the ordeal, regularly uploading videos and photos of the ship and her crewmates on Instagram and YouTube.

“People are amazed because you just never see that kind of stuff. It's just kind of an opportunity in itself to be able to show some of the things that happen to merchant mariners all over the world.”

Wolczko’s video series is a lively production full of salty language, as well.

In the first episode, the crew accepts a shipment of food from the Shanghai government to supplement their dwindling supplies. They received peppers, cucumbers, and eight giant winter melons, each the size of a toddler. They’re common in China, but the US-based crew clearly didn’t know what to do with them.

“They boiled it with onions and it was not very good,” she said. “I don't think they really knew what to do with it, and we got the best that they could do.” 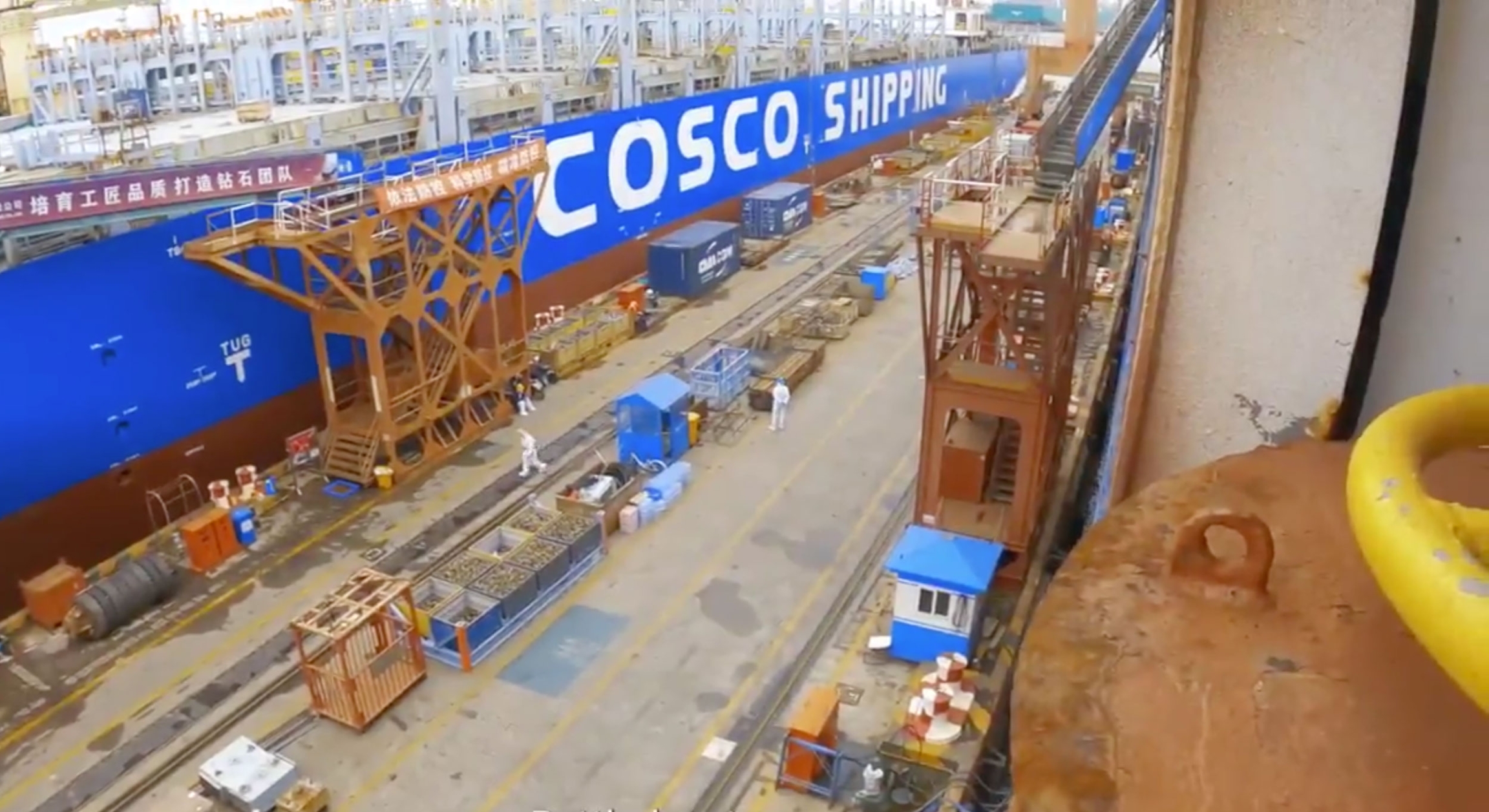 A screenshot from the series, "Restricted to Ship," Episode 3, details the delivery of food and supplies to the crew members stranded.

The web series features candid interviews with some of her crewmates like Ernesto Lagramada, who was born in the Philippines and lives in Seattle, Washington.

Like everyone else restricted to the ship, he misses home.

Screenshot of Ernesto Lagramada in "Restricted to Ship" series. Lagramanda was born in the Philippines and lives in Seattle, Washington. Like everyone else restricted to the ship, he misses home.

Wolczko said her crewmates have enjoyed being part of the video project.

“I think it gives people a sense of being heard and seen and then they can talk to their families through the camera, you know, and their families can watch it over and over again, which has been super sweet,” she said.

“This just melts my heart. Being able to provide that.”

Wolczko said that since the pandemic began, extended shipping delays have become more common for merchant mariners. Shore-leave, the ability to get off the ship and explore different countries, has been suspended.

“That's one of the great parts of shipping,” she said.

“You go to different countries, you can get off the ship and go eat the cuisine and explore a little. And that part of shipping has been totally off the table since 2020 because of COVID-19.”

Wolczko said most people don’t realize how crucial global shipping is to the economy.

“In the United States, the merchant marine has been shrinking dramatically since World War II anyway. Our fleet is tiny. we're just dwindling into nothingness.”

“In the United States, the merchant marine has been shrinking dramatically since World War II anyway. Our fleet is tiny. we're just dwindling into nothingness.”

But she said, the vast majority of the world’s imports and exports still rely on ships, so without a merchant fleet, the US will face big problems. 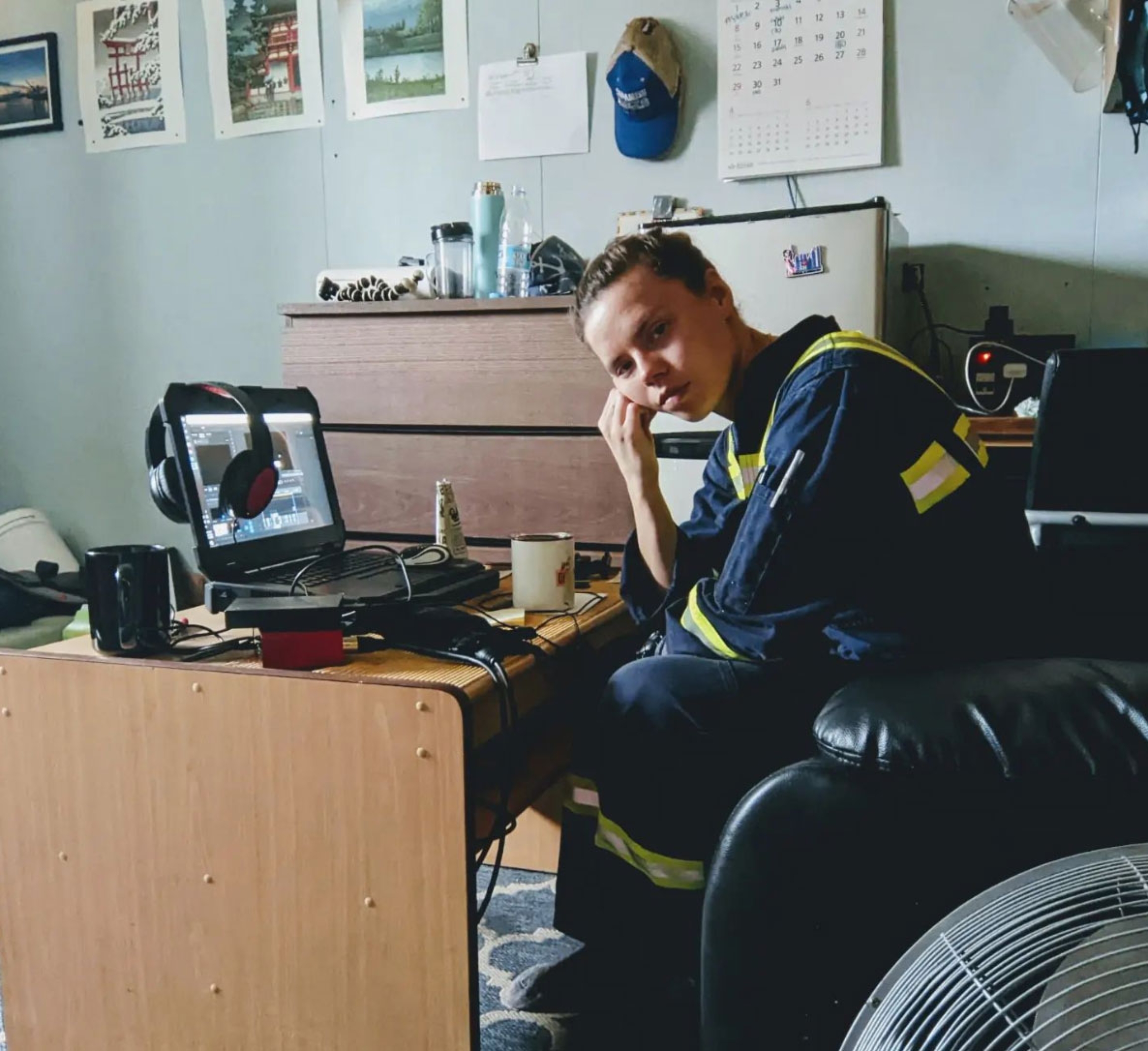 Madeleine Wolczko, second mate on a cargo ship, documents her life while under lockdown on a ship in the Shanghai port.

More immediately pressing, Wolczko and her crewmates wonder when they will be able to leave Shanghai.

Officials recently announced that the aim is to end Shanghai's lockdown by June 1, amid a major economic slump in China.

While workers have been allowed to return to the shipyard, repairs are stalled and their ship remains unseaworthy.

Wolczko and her crewmates haven’t set foot on land for months now.

“We're still totally in shambles here,” she said. “And then we have three ports in Asia before we're even able to go back across the ocean to get home after this. It's just so far into the future that I’m just —  I'm not even thinking about it,” she said.

For now, Wolczko said she will continue to document the experience and hopes to create something meaningful from it.