Loons are having fewer and smaller chicks, which are less likely to survive. Most surprisingly, young, non-breeding adults are also dramatically in decline — but no one knows why. Volunteers from Canada and the United States are on a quest for answers.

In 2010, Noreen Dertinger finally spotted her first loon chick on Lake Kennebec. Unfortunately, it did not survive the year.

She purchased her lakeside property, located about two hours southwest of Ottawa, Ontario, in 2002. A few years later, she started collecting data on her local loons for the Canadian Lakes Loon Survey.

For Dertinger and countless other “cottagers,” the common loon is an icon of the North American wilderness. The large water bird has a haunting cry, a graceful dive and sleek black-and-white feathers. But over the past few years, research in both Canada and the US has begun to show that a new generation of loons in the central part of the continent is in jeopardy. 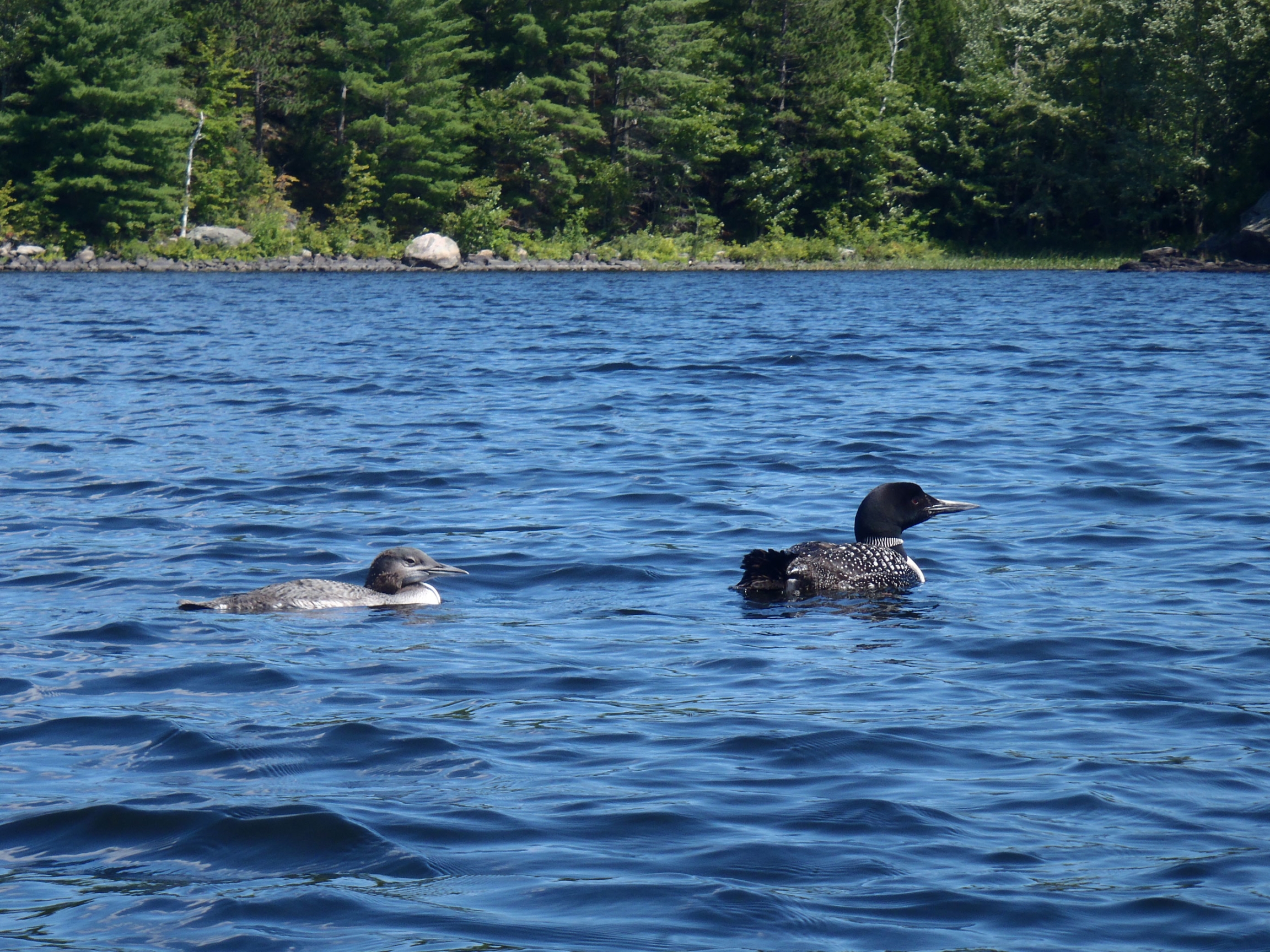 Noreen Dertinger was delighted to spot a loon chick on her lake in 2010, after eight years without seeing a single one.

Dertinger was seeing this decline with her own eyes. Every year, she recorded information about the loons on her lake. And every year, she reported that she had not seen a chick.

That summer, the chick caught a fishing lure in its beak. Dertinger and her neighbors rallied in an attempt to save it, but they believe it died.

“That was pretty sad, considering that it was the very first one that we knew about,” she said.

Dertinger is one of thousands of volunteers who have collected survey data on the loons in Canada over the past 40 years. And she wasn’t the only volunteer who noticed the lack of chicks. So in 2019, researchers at Birds Canada stopped to analyze all four decades of data. And they found a major decline in loon chicks.

They weren’t alone. That same year, a researcher in Wisconsin found the exact same thing. 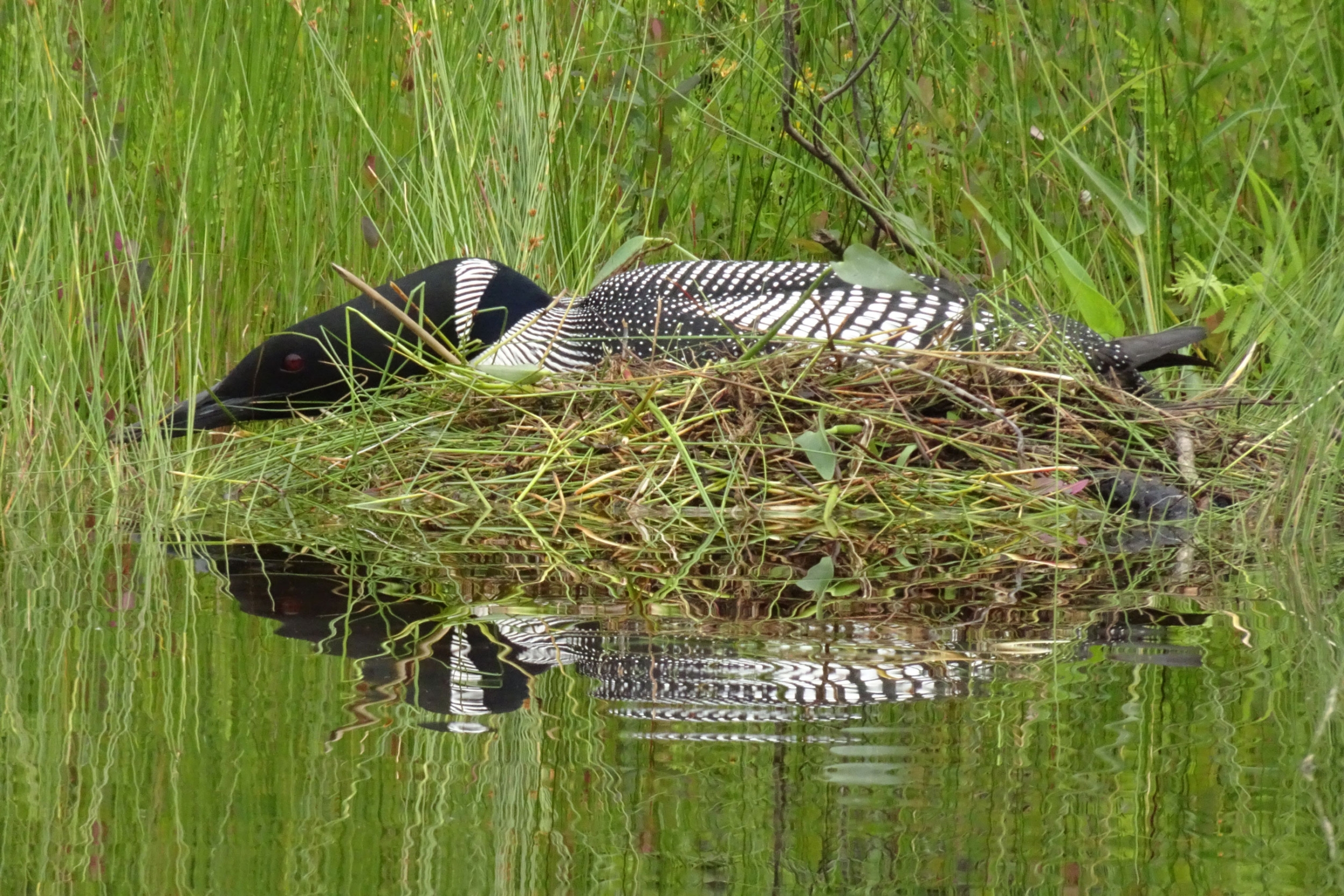 Noreen Dertinger captured an image of this loon on its nest in 2021, on Lake Kennebec in Ontario.

Walter Piper, a biologist at Chapman University in California and a scientist at the National Loon Center, started studying the loons in a targeted area of Wisconsin in 1993.

In recent years, he noticed that something seemed off.

“I got this sinking feeling that chick mass was lower than it had been,” he said. “That we weren't getting those big, strapping, healthy chicks as often.”

So in 2019, Piper also sat down and crunched the numbers.

“That's when all of these dramatic patterns dropped out,” he said.

Loons were having fewer chicks. The chicks were getting smaller and less likely to survive. And most surprisingly, young, non-breeding adults were declining dramatically.

“I was stunned, and still am kind of stunned and shocked,” Piper said. “Because you don't expect your study animal to suddenly begin to vanish.” 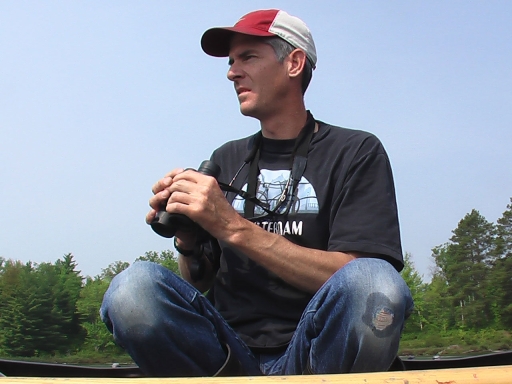 Walter Piper is a biologist at Chapman University in Orange, California, and a scientist at the National Loon Center.

For Piper and the researchers in Canada, each study confirmed the validity of the other. Now they’re sharing data and forming working groups, as they try to figure out the cause.

“There's so many possibilities,” Piper said.

His newest, unpublished data suggests heavier rains are reducing water clarity, making it harder for loons to hunt. The rain also boosts black fly populations, which drive parents away from their nests.

In Canada, researchers believe acid rain and mercury in the water are driving factors.

All these issues are caused or aggravated by climate change — a threat that knows no borders.

That’s why collaboration will be key to learning more, Piper said.

A new effort in Minnesota

“Oh, look at it,” said Jodi Eberhardt, watching a loon through her binoculars on one of the last warm days of fall.

“It's flapping its wings,” she said. “That's a nice wing stretch.”

Eberhardt was on board the StewardShip, a “floating classroom” operated by the National Loon Center in Crosslake, Minnesota.

Eberhardt volunteers with the National Loon Center, and she also collects data from her own Lake Ossawinnamakee in Minnesota.

That lake is part of a new study by Piper to see if Minnesota faces the same declines as Wisconsin and Canada.

Eberhardt was lucky to have a loon chick in her bay in this spring.

“It's just neat to see them go from being little and protected by the parents,” she said, “to be on their own and independent, and get ready to take off.”

But it’s after they head south where the biggest mystery still lies. 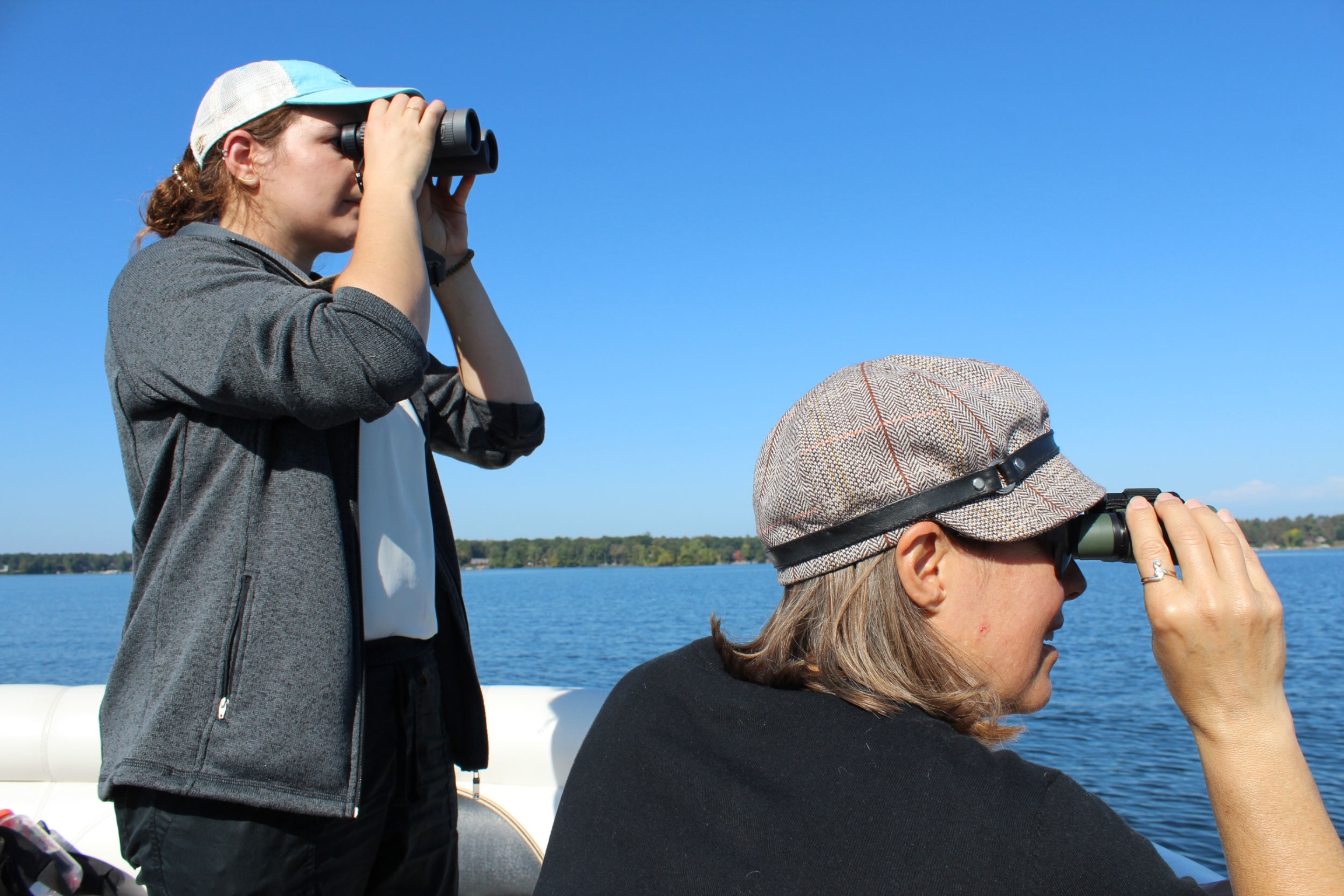 The next research frontier

The strong, healthy juvenile loons leave home in the winter and head to the Gulf of Mexico, until they’re ready to breed. But most of them aren’t coming back, and there’s no data on why.

In fact, the only clues have come from citizen scientists down in Florida.

“Every once in a while somebody walking along the beach in Tampa will find one of our loons that's washed up on shore,” he said. “And someone will happen to jump on the phone and give us a call.”

But it’s not nearly enough data to solve the mystery. So, the next step is to extend the scientific collaboration to Florida. And with those long stretches of coastline to cover, volunteers could be more crucial than ever.

Birds Canada and the National Loon Center are trying to recruit more people like Eberhardt on her dock in Minnesota, and Dertinger in her kayak in Canada.

“The lakes and the rivers would just not be the same without the loons,” Dertinger said.

But as long as people with a passion for loons continue to watch over them, Dertinger is hopeful there will still be loons to watch.

« The US should not ‘overestimate the divisions inside of Russia,’ former ambassador says (Previous Post)
(Next Post) ‘For the Sake of’ song becomes anthem for protests in Iran »