‘Nothing Orbán says is by accident’: Jewish leaders in Hungary grapple with anti-Semitic tropes in politics

Hungary’s Prime Minister Viktor Orbán has been accused of using anti-Semitic tropes to promote his vision of Hungarian nationalism. Some members of the Jewish community say this makes them uncomfortable, but Jewish leaders have been slow to speak out about it.

The Great Synagogue of Dohány Street in Budapest, Hungary.

Before every production at Gólem Theater, a Jewish theater company in Budapest, Hungary, artistic director András Borgula gives his cast a crash course on being Jewish. For one week, actors eat kosher food, visit the Jewish community center, meet local rabbis and learn some of the Talmud, the source for Jewish law.

“We turn the actors and the artists into Jews for a week,” he said.

Gólem Theater sits in the center of what was once Budapest’s Jewish ghetto. Just a few feet away from the playhouse is a square where the bodies of more than 2,000 Hungarian Jews murdered in 1944 are buried. About 430,000 Jews were also deported to Nazi concentration camps during World War II, the majority to Auschwitz.

Today, Hungary’s Jewish population is estimated to be less than 100,000.

Borgula said he asked municipal authorities in Budapest in 2005 if he could open his theater on this particular site. They wanted to pay tribute to what happened to Hungarian Jews, but also “to try and bring Jewish life back to where it belongs,” he said.

Borgula, a well-known Jewish figure in Budapest, is also an outspoken critic of Hungarian Prime Minister Viktor Orbán, which makes him somewhat of an exception within the Jewish community. Orbán has been accused of using anti-Semitic tropes to promote his vision of Hungarian nationalism — but some say that Jewish leaders have been slow to speak out about it. 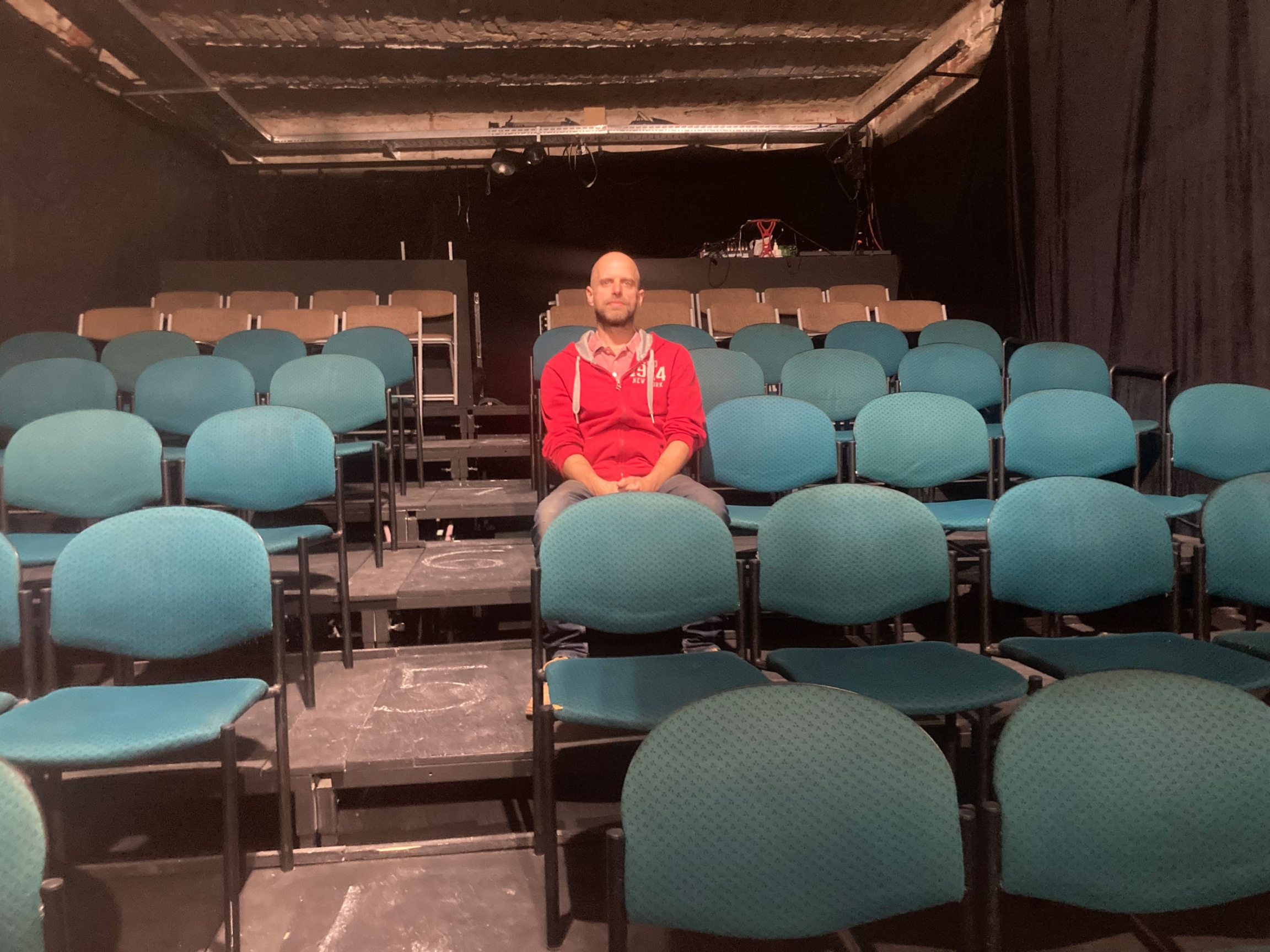 András Borgula is the founder and director of the Golem Theater, a Jewish theater company in Budapest, Hungary.

In July, Orbán sparked international outrage when he warned against mixing with "non-Europeans.”

“We are willing to mix with one another, but we do not want to become peoples of mixed race,” Orbán said during an annual address to members of the Hungarian minority in Romania.

A long-term adviser to the prime minister, Zsuzsa Hegedüs, who is Jewish, resigned. She said the speech was a “pure Nazi text worthy of Goebbels,” referring to the Nazi propaganda chief.

“I am a Jew and our generation’s job is to stop anything like this because we have seen what happened. Not just with Jews. In Rwanda, as well. Ethnic hatred leads to genocide,” Hegedüs said. Orbán said later his words were misunderstood and that the speech “was not about racism, but cultural differences.”

Hegedüs withdrew her criticism but Borgula remained appalled by the speech.

“I mean, this is pure madness that any leader in the 21st century would say such a thing. In any other European country, the leader would be out of office the next day, but in Hungary, the reaction was ‘hmmm,’” Borgula said, shrugging his shoulders. 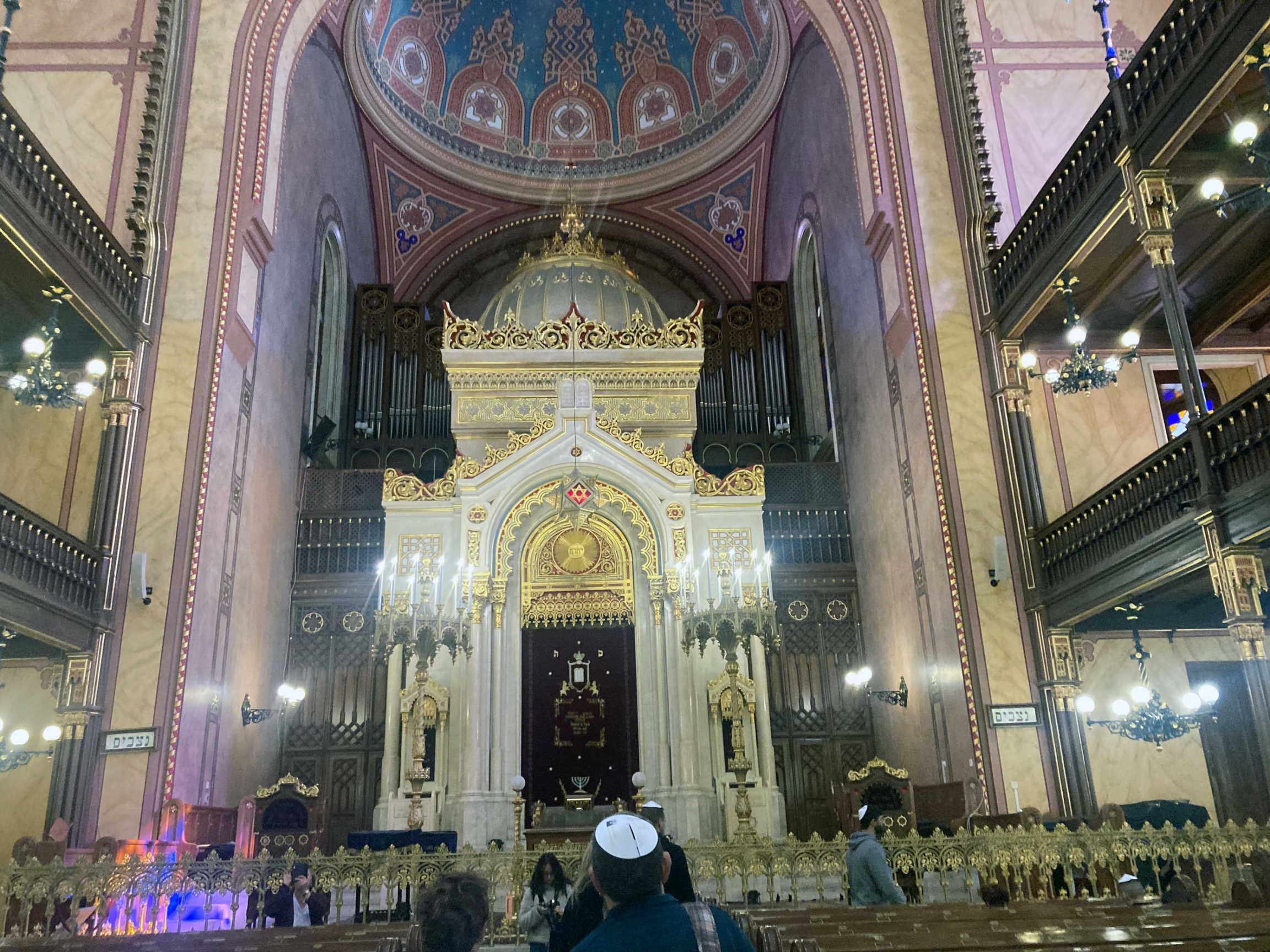 Inside The Great Synagogue of Dohány Street, Budapest, Hungary.

The Federation of Hungarian Jewish Communities (MAZSIHISZ) wrote a letter to Orbán seeking a meeting following the outcry but has so far received no response. 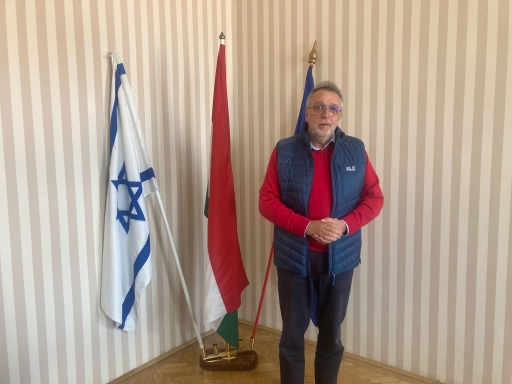 András Heisler is the president of the Federation of Hungarian Jewish Communities.

Federation President András Heisler said that the prime minister is a “strong and clever politician” but that “nothing Orbán says is by accident.” Heisler refrained, however, from further criticism of the Hungarian leader.

Hungary’s Chief Rabbi Róbert Frölich is similarly cautious. Frölich wrote on Facebook that "there is only one race on this planet: the Homo Sapiens.” Today, he says his view of the Hungarian leader is a private matter and he no longer wants to talk about it.

Rabbi Slomó Köves, head of the EMIH Orthodox umbrella of Jewish communities in Hungary also said Orbán’s speech in Romania was “problematic,” but he said he accepted the subsequent clarification.

“The prime minister apologized and made it clear what he meant or didn't mean by this statement, and I’m glad about that,” the rabbi said. 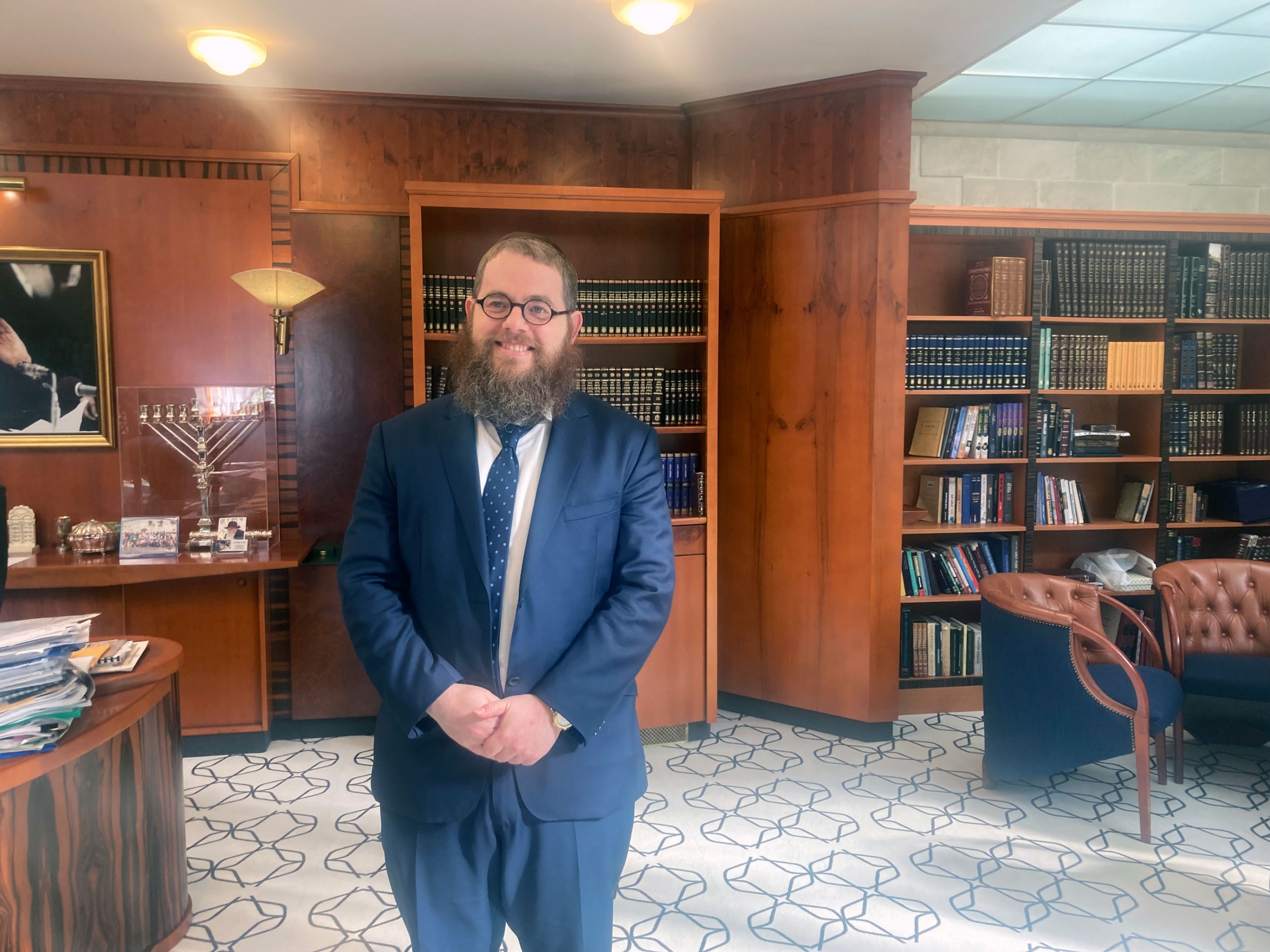 Rabbi Slomó Köves is the head of the EMIH Orthodox umbrella of Jewish communities in Hungary.

But Borgula said Orbán never apologized. He has a theory that many of the leading figures in Hungary’s Jewish community are so reluctant to openly criticize Prime Minister Orbán because of ties to financial support.

“Those rabbis and the community leaders are strongly supported by the government and most of their funding, if not 100% of their budget, comes from the state,” he said.

Most Jewish leaders agree, however, that Orbán’s constant denigration of George Soros, one of Hungary’s most famous Jews, is problematic. The billionaire investor and philanthropist was born in Budapest. His family split up in 1944 and used false papers to avoid being sent to the concentration camps. They fled to London in 1947 and Soros later moved to the US where he currently lives. Orbán regularly accuses Soros of encouraging mass immigration to undermine Europe. In August he told the Conservative Political Action Committee (CPAC) conference in Texas that Soros has an “army at his service: money, NGOs,universities, research institutions and half the bureaucracy in Brussels.” “He uses this army to force his will on his opponents, like Hungarians,” the prime minister told delegates. 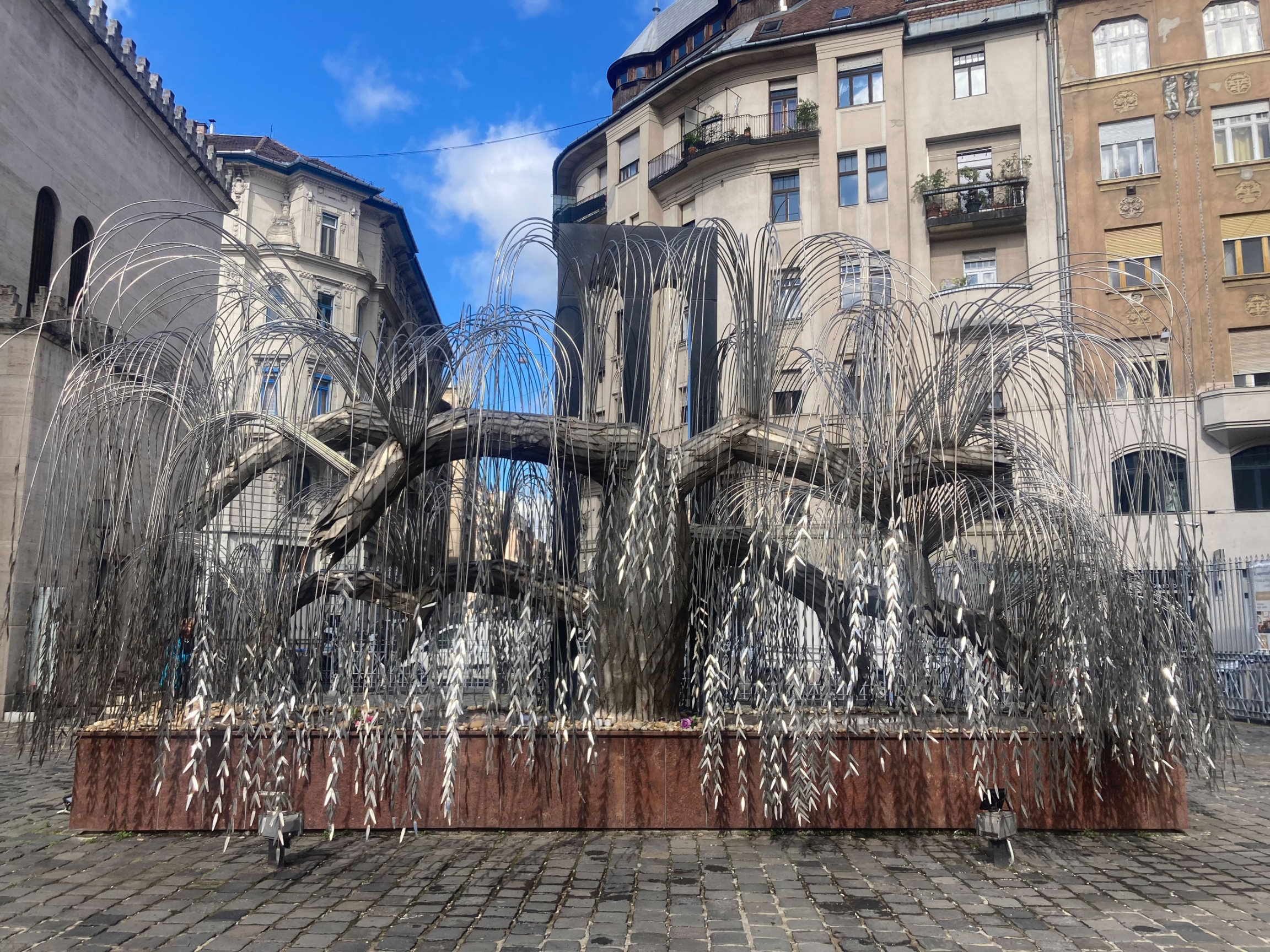 Last month, in a radio interview, he said Soros and other shareholders of energy companies were raking in billions, while the war in Ukraine drags on.

Chief Rabbi Róbert Frölich said Orbán’s demonization of Soros is uncomfortable for the Jewish community. Before the 2018 general election, which focused heavily on immigration, pro-government posters appeared across Hungary bearing the face of a laughing George Soros with the message, “99% reject illegal immigration.” The slogan underneath read: “Don’t let Soros have the last laugh.” Frölich said the posters were offensive.

“The terminology, the iconography, the portrait of a laughing Jew. It was very clear, everything showed him as an evil Jew.”

Still, the chief rabbi said he doesn’t consider Orbán to be an anti-Semite and physical attacks against the Jewish community in Hungary are rare. 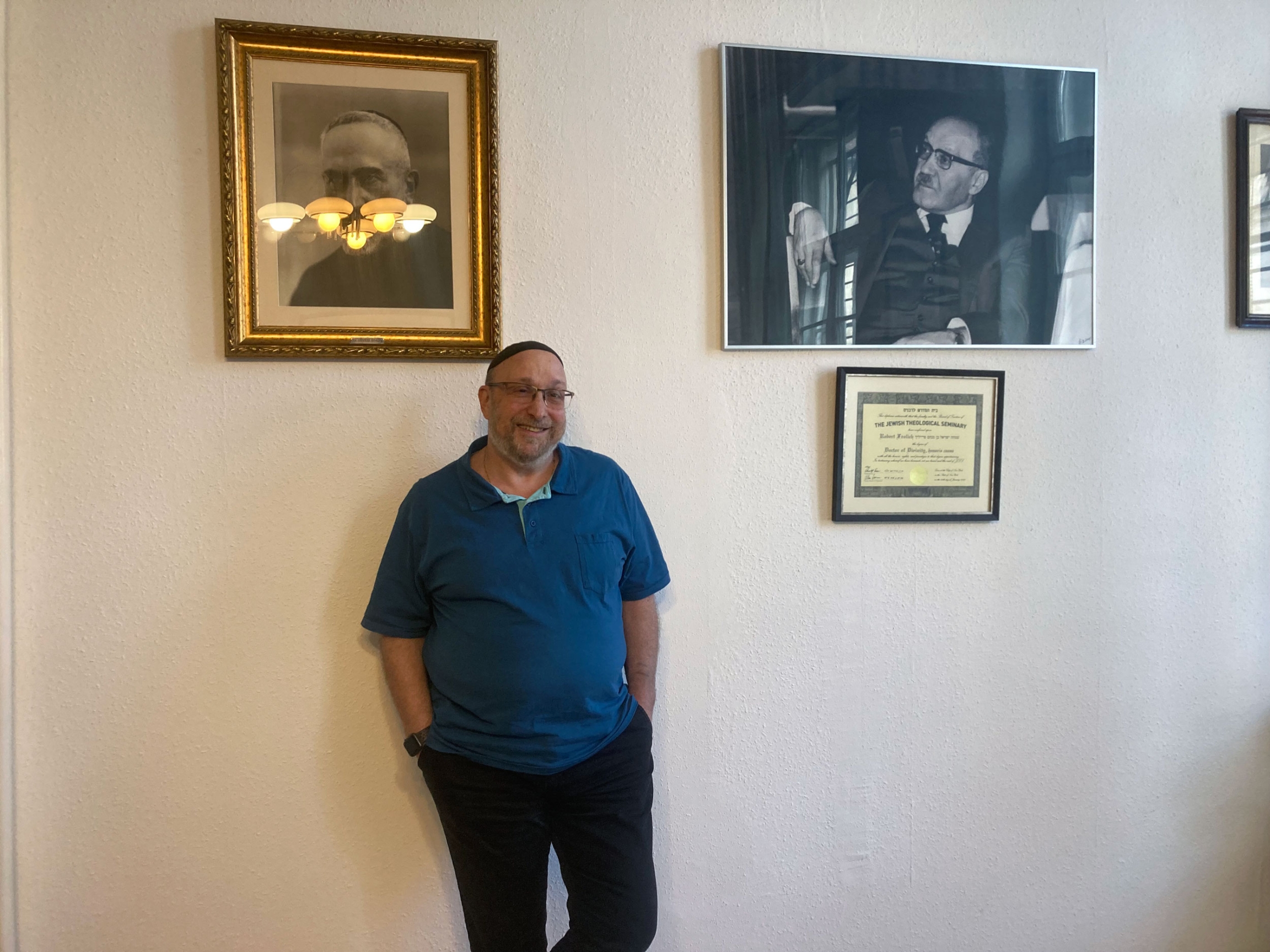 Gólem Theater founder Borgula agreed that violent attacks on Jews are unusual in Hungary but verbal harassment, he said, is common. Borgula faces so much abuse on social media that he has set aside an hour every week to deal with it. Every Monday, Borgula takes on someone who has posted an abusive comment about him online.

“Usually I try and answer them, sometimes I’ll make fun of them. And then I post the conversation we have up on Facebook. … It’s the best way I can think of to deal with it and then move on,” he said.

“I’m expecting plenty of reaction about that on social media,” Borgula said.