Americans may recognize Thai food from Bangkok, but this couple opened a restaurant in rural New England to introduce people to a cuisine that's native to Thailand's Isaan region.

A traditional dish from the Isaan region of Thailand served at the Vermont restaurant Saap.

The inviting aroma of cooked sticky rice wafts out of the kitchen of Saap, a Thai restaurant located inside a blue mansion at the top of a hill in Randolph, Vermont.

Nisachon, who goes by Rung, and Steve Morgan, her husband, started the modestly priced restaurant as a way to share their love of cooking and traditional dishes with Randolph’s 5,000 residents, as well as the wider New England area.

Rung, who grew up on a farm in Isaan, Thailand, learned to make Thai dishes from her mother. Inspiration for the Saap menu comes from Rung’s childhood memories of homestyle cooking as well as the street food from her home region.

Some of those dishes are available at Saap, but more traditional dishes from Isaan dominate the menu, featuring cuisine of Thai’s northeast province, where Rung grew up.

Rung said she loves pickled foods and dishes that are very spicy, she said.

At Saap, when Rung prepares the broth for an herbaceous chicken soup called tom yum ghai isan, she often throws in lemongrass, kaffir lime and galangal, a ginger-like root — the holy trinity of Isaan Thai cuisine. 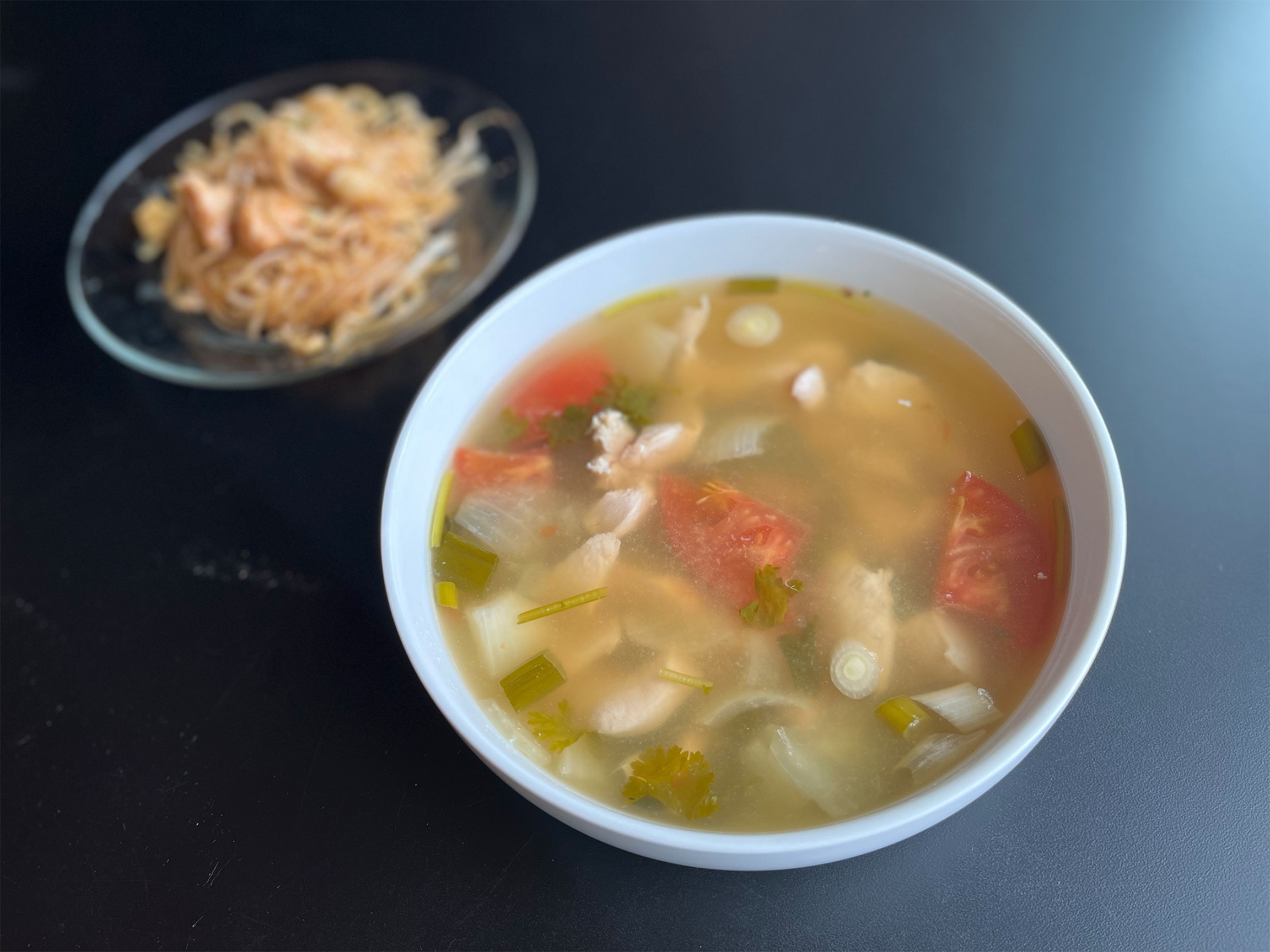 Rung and Morgan met on an online dating site. After talking over Skype for six months, they decided to meet in person in Isaan, Thailand. According to Morgan, Rung greeted him at the airport with bags of fresh mango and other local snacks.

Having worked for years as a cooking instructor and chef at a hospital, Morgan started falling for her at the same time he fell for the food in Isaan.

After a few more visits, the pair got married and Rung moved with her daughter to Vermont in 2010.

She remembered arriving in New England for the first time in late fall, and asking Morgan what had happened to all the trees to make them die. “It’s just winter,” he told her. “They’re not dead — the leaves will come back.” 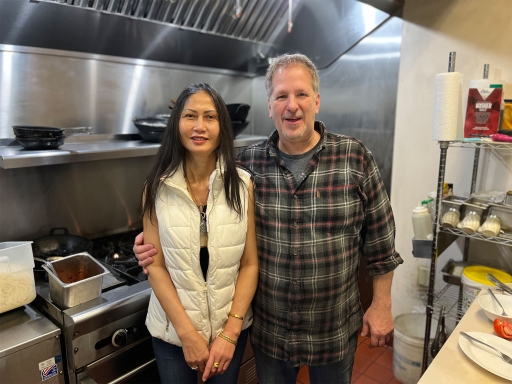 Nisachon and Steve Morgan at their restaurant, Saap, in Vermont.

Rung got a cleaning job, but she used to talk with Morgan at night about her dream to open a Thai restaurant in her new hometown.

Eventually, they took the leap.

The pair rented a space and decorated it with a mix of Vermont and Thai decor — red plaid curtains here, Buddhist statues there.

They selected a Thai word, saap, meaning “delicious,” for the new restaurant’s name.

“I was like, saap, that sounds like a Vermont word!” he said, referring to the state's famed maple syrup.

When concocting their menu, Rung pushed to include well-known Thai dishes like pad thai noodles. But Steve encouraged them to stick to the vision for a more traditional menu featuring Isaan cuisine.

“I knew if she cooked food like it was from home, and we paired it with local beer, local cider, people would drive for it."

“I knew if she cooked food like it was from home, and we paired it with local beer, local cider, people would drive for it,” he said.

The pair eventually reached a compromise. The menu boasts a dish called pad thai sai khai — similar to pad thai, but with the addition of an egg crepe and special garnish to make it feel “a little bit different,” Morgan said.

“We try to offer cuisine that you can’t get at other Thai restaurants," he added. "But at the same time, [we] have other approachable things that people expect to find. There are really adventurous eaters and there are some that aren’t, and that’s fine.”

Related: In Thailand, you could win a free cow with a COVID jab 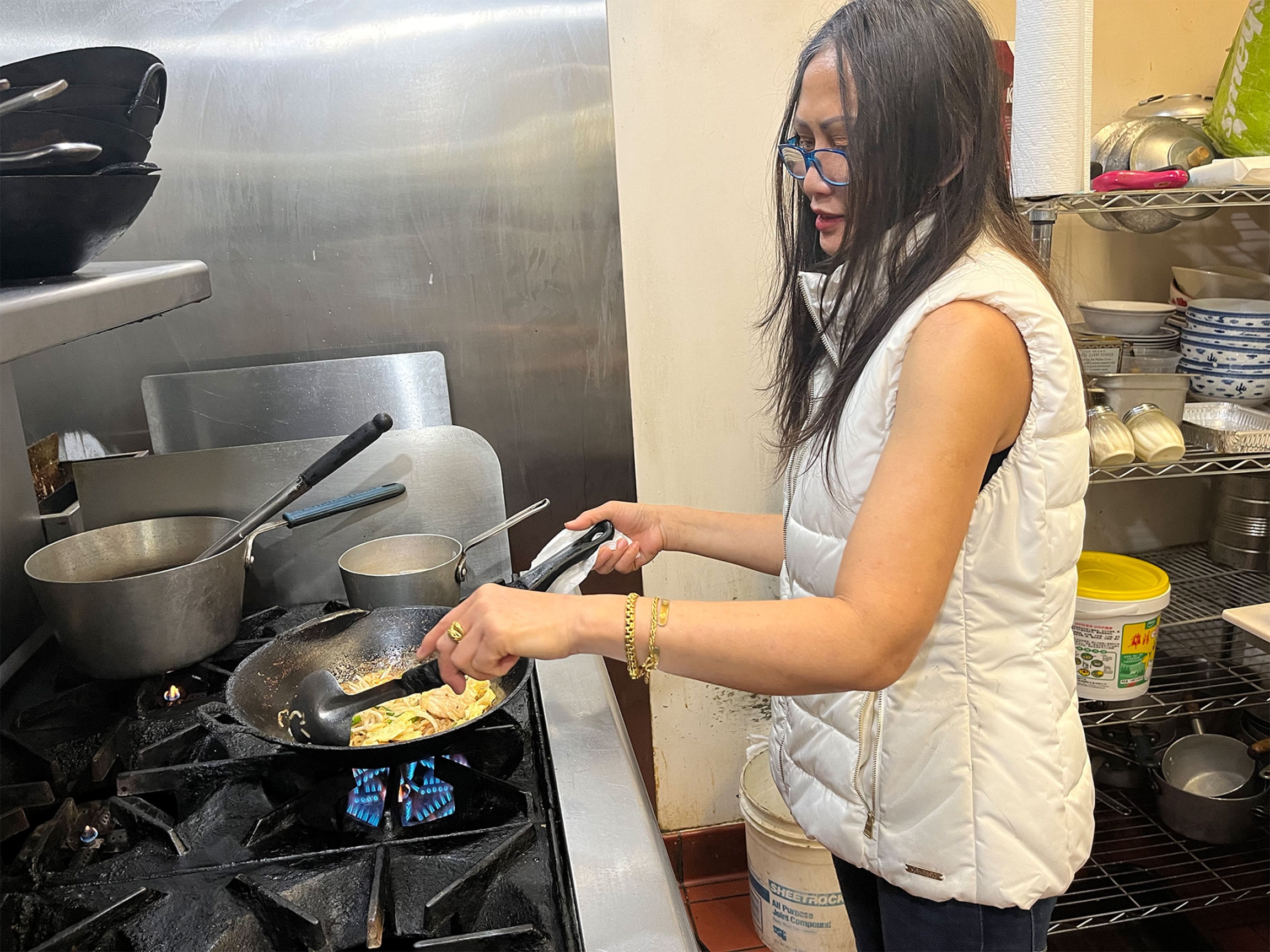 Rung prepares food in the kitchen of the Saap Thai restaurant in Vermont.

Saap is very much a family affair.

Rung is the restaurant’s only chef, and most of the employees, including wait staff, are family members who squeeze in shifts between other jobs. Staffing one of their biggest challenges. They planned to hire another chef to assist Rung, but it’s been challenging to find other chefs in the area who are familiar with Islaan food.

Still, the place has created quite a buzz.

Rung recently found out that she became a finalist for the prestigious James Beard Foundation award for best chef in the Northeast.

The four other finalists were in Portland and Boston — cities with thriving food scenes.

Rung and her family even had to travel to markets in Boston to find some of the authentic ingredients needed for recipes used at Saap that are hard to come by in Vermont.

But Rung said she doesn’t have much time to be homesick, with news about the award bringing in a lot more business. 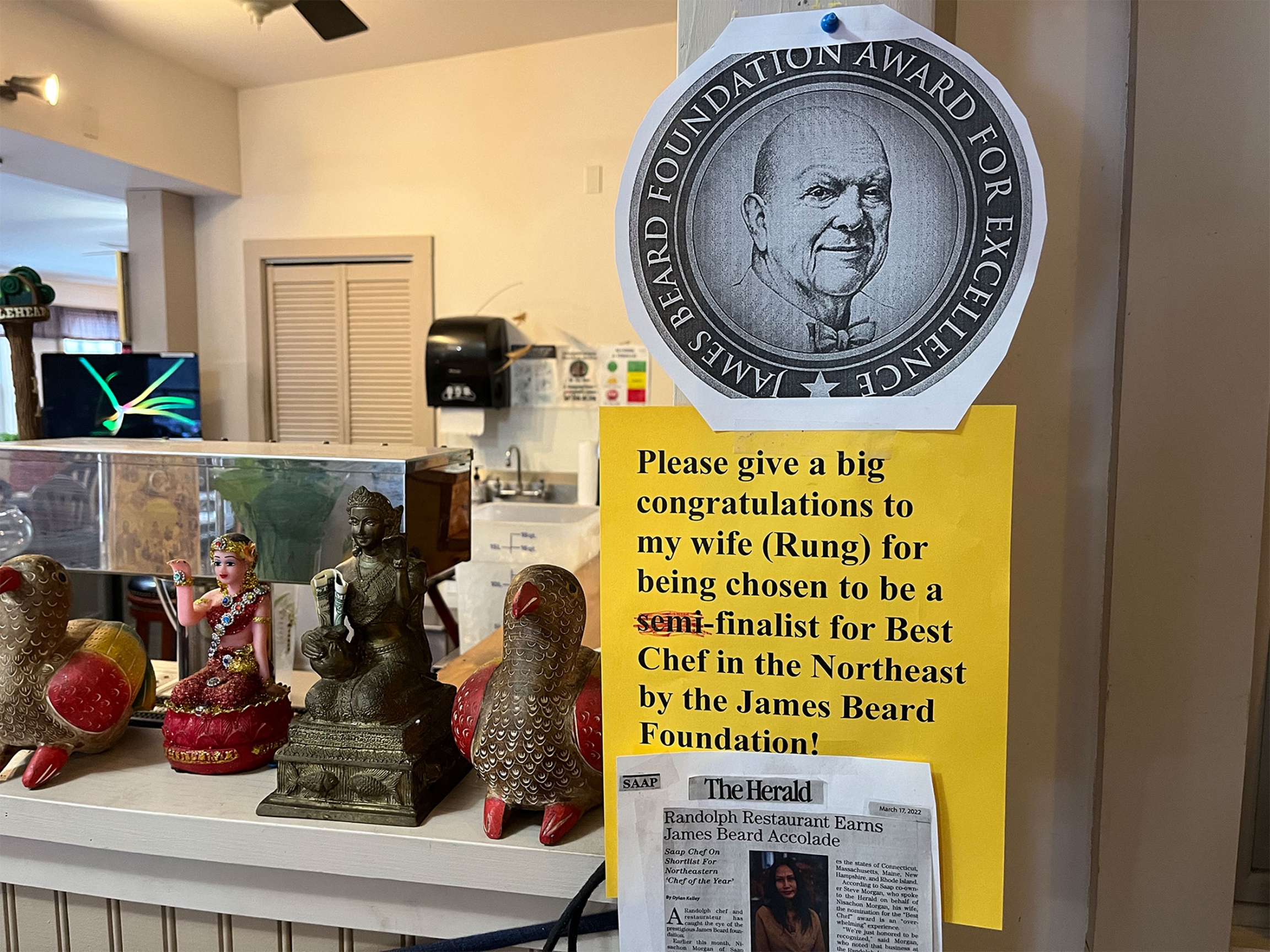 Rung became a finalist for the prestigious James Beard Foundation award for Best Chef in the Northeast.

She said she was absolutely shocked to receive the news of the award, and that she still doesn’t know how the foundation found out about Saap.

Her family tried calling them to learn more, but the foundation was very guarded about its process, saying only that the foundation activates scouts to all corners of the country to find the most worthy restaurants.