Spain’s biggest hit this summer is a song that has yet to be officially released — sung by an artist often mistaken for someone she’s not. Sounds obscure, but we’re talking about the megastar Rosalía.

Her latest hit is called “Despechá,” or "Heartbroken," and she’s uploaded only a partial recording of it onto her Instagram and TikTok feeds.

The 43-second teaser shows Rosalía filming herself jumping around on a bed, like a teenager who can’t wait to hit the dance floor. The tune, and her attitude, are pretty infectious. And the clip has been downloaded hundreds of thousands of times by fans.

Rosalía is currently on tour in her native Spain — something that may come as a surprise for many, given that she’s usually mistaken for Latina — or someone who is from Latin America.

And the song is being talked about on TV and radio there.

On a recent evening at sunset on a beach in Barcelona, two local college students, Mimi Granet and Carlota Ibar, recognized the tune.

“It’s very catchy,” said Ibar. “So, the melody stays in your head for a long time so you can’t stop singing.”

“It’s the kind of song you would listen to with friends when you go get some drinks,” Granet added.  “Or just to hang out.”

Ibar also said that everyone is already singing the song, even though it hasn’t been officially released yet. “It’s gonna be quite the song.”

Posted just over a week ago, the video has been viewed millions of times and has inspired dance trends across social platforms.

Rosalía is, of course, already huge. Her 2018 album “El Mal Querer,” loosely translated as “The Bad Loving,” wove traditional flamenco hand-clapping with techno loops and rap. And it earned her top honors at the MTV Music Awards and a Grammy Award for Best Latin Rock, Urban or Alternative Album.

"I come from Barcelona. I’m so happy to be here,” she told viewers to thunderous applause, “representing where I come from and representing my culture.” 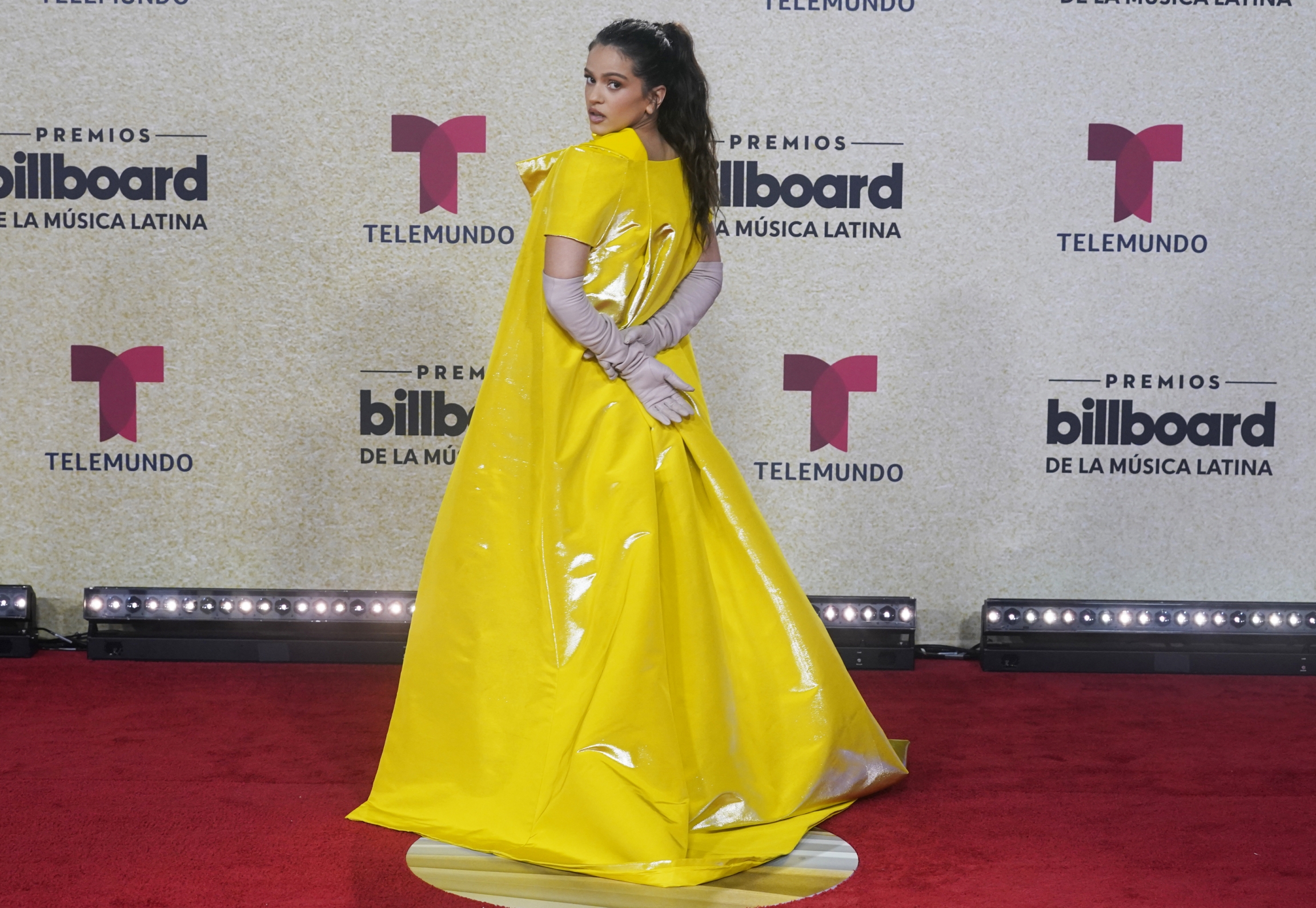 The award she won was for best Latina artist, even though she’s not from Latin America. But she has appeared in songs with Latino reggaeton superstars like Bad Bunny and J. Balvin, and has released hits with Latin rhythms.

Rosalía is from a sleepy village outside Barcelona called Sant Esteve de Sesrovires where, it’s safe to say, she’s well-loved.

“I’m so proud of her,” said Mireia Ventura, the owner of a bar on the town square. “I’ve known her since she was a toddler. She went to school with my son,” she said. “She was such a nice, caring kid.”

Serving beers at the bar was 18-year-old Meyer Castro, who’s been in Spain for two years, and is originally from Venezuela.

“When I arrived and they told me that Rosalía was from here, I was shocked,” he said. “I assumed she was Latina. Maybe from Colombia.”

In one of her hit songs called “Con Altura” or "With Altitude," Rosalía sings along to a reggaeton beat — about as Latino as you can get.

A couple of years ago, Rosalía tried to explain her unique style to Billboard Magazine.

“I’ve been studying flamenco and I saw that flamenco has Colombiana style, Guajira style, rumba style,” she said. “And this is so connected to Latin America. And when I went to Panama, or when I went to Mexico, I felt  like I was at home. So, yeah, I feel Latina.”

Though some Latinos disagree. They say it’s not about your feelings, but where you’re from.

Rosalía does know the distinction. And knows that flamenco, which she’s become known for, is from the other side of Spain. 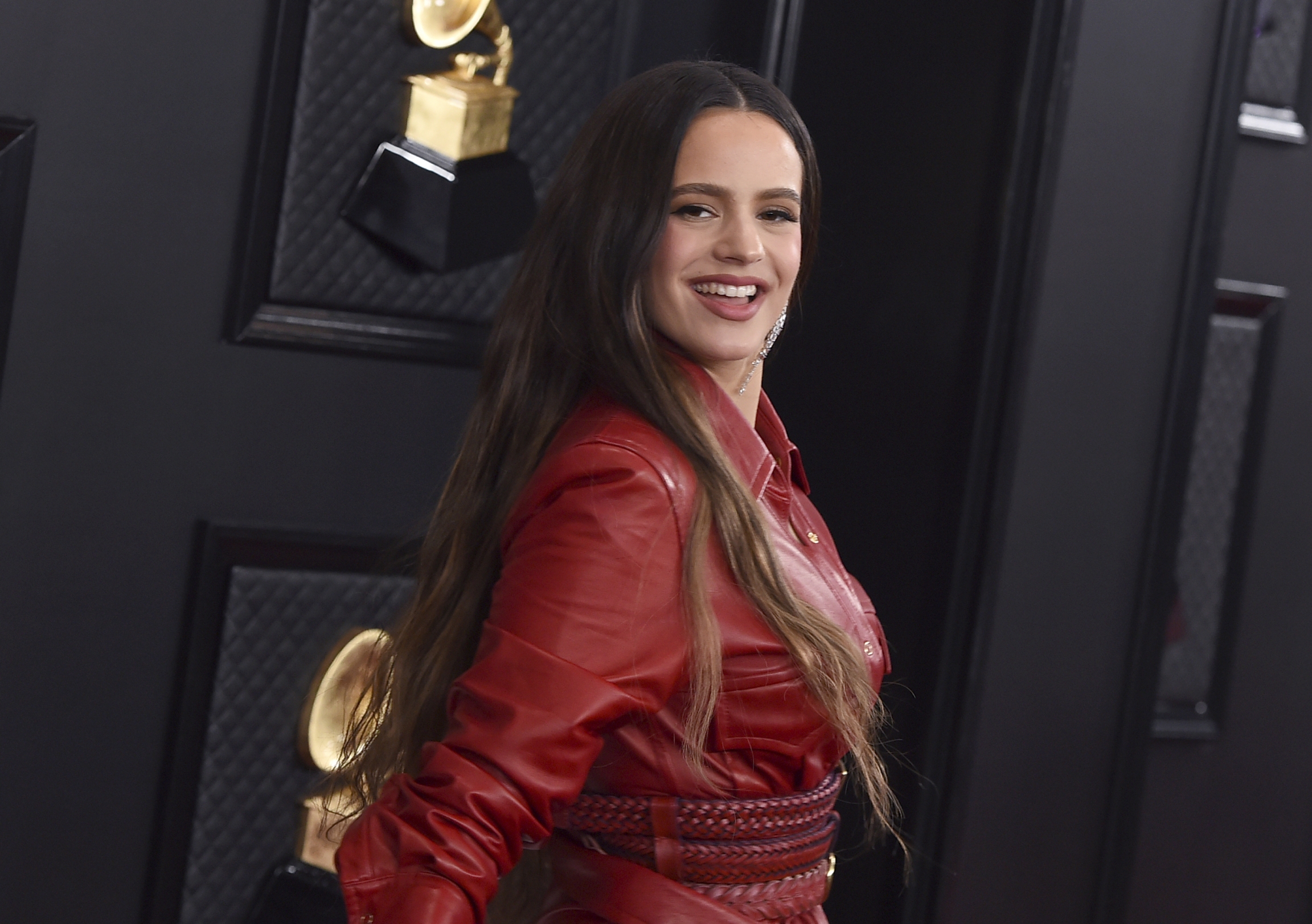 But, by and large, most people seem to give the singer a pass. Another immigrant in her hometown, a Bolivian programmer named Fernando Orellano, just laughed it off.

“There must be something Latina about her,” he said. “It could just be because she’s Spanish, given the connections between Spain and Latin America.”

Those connections are historical, linguistic and, of course, cultural. And this summer, they’ve come together in a dance song soon to be released, but already a hit.

Related: 'It is pure magic': Pakistani song 'Pasoori' climbs the charts in India and beyond

« The rise of Ultimate Frisbee as a team sport in China (Previous Post)
(Next Post) Where wolves: Part II »