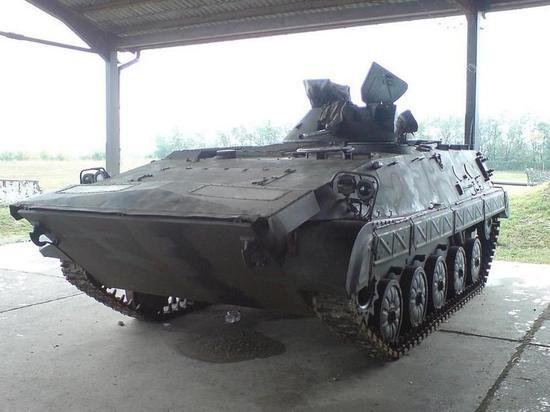 A train with 35 Yugoslav-made M-80A infantry fighting vehicles arrived in Ukraine, donated by Slovenia as military aid. The combat vehicles were removed from the storage of the Slovenian army. The M80A is armed with a 20mm automatic cannon and 9M14 Malyutka ATGM.

Visually, the M-80 resembles the BMP-1, but it has a major difference. Yugoslav designers considered the 73 mm Grom gun not a very effective weapon, so it was replaced on the M-80 with the 20 mm M-55 automatic gun. It can rise up to 75 degrees and fall down to -5 degrees. The firing range is 2 km for ground targets, and 1.5 km for air targets. Its armor-piercing projectile penetrates 20-30 mm of armor at a distance of up to 800 m. However, the lack of stabilization in this weapon makes it possible to conduct aimed fire only during a stop.