Why the UAE was bombed

Members of the Houthi militant group Ansar Allah operating in Yemen have once again attacked the territory of the United Arab Emirates. Despite the long-standing conflict, accompanied by criticism from almost the entire world community, the leadership of the Houthis does not think to calm down, on the contrary, threatening the same UAE with new blows – on symbolic and economically significant objects. 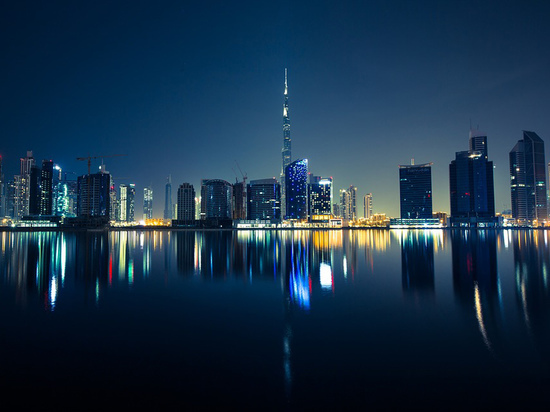 At the same time, external players cannot decide from what position to oppose the group, which so far cannot even be recognized as a terrorist group at the international level.

Missile attacks on the UAE were carried out at least twice last week: on January 17 at least three people were killed, and on the night of the 24th, the capital of the country, Abu Dhabi, and the air force base, located 30 km from it, were attacked.

The United Arab Emirates Defense Ministry said in a statement that “air defense intercepted and destroyed two ballistic missiles fired by the Houthi terrorist group.” “The attack did not result in casualties, as the remnants of the intercepted and destroyed ballistic missiles fell in separate areas around the emirate of Abu Dhabi,” — affirms in the message of the military department, which promised that it “is ready to confront any threats and takes all necessary measures to protect the state from any encroachment.”

To strike at the UAE, the Ansar Allah movement, which claimed responsibility for them, used both missiles intercepted by Emirati air defense systems (purchased from the United States) and unmanned aerial vehicles. The use of UAVs has led to the fact that now the UAE authorities have banned even local residents from launching drones into the sky.

Yahya al-Saria, a representative of the Houthi armed forces, who mainly comments on the attacks, called on foreign companies to simply leave the UAE in order to do not support this “unsafe state”

Recall that “Ansar Allah”, or the Houthis, – This is a paramilitary Shiite group operating in Yemen, which in the early 2000s raised an armed uprising against the government of this Arab republic, gradually seizing control over some of the southern territories of the country. The group is named after its founder Hussein al-Houthi, who died in September 2004. A number of experts believe that the Houthis enjoy the support of Iran and its Middle Eastern allies.

Before the Emirates, the territory of Saudi Arabia was repeatedly attacked by the Houthis. With this kingdom, the group from Yemen has its own long-standing scores: back in 2009, the armed forces of the Saudis helped the local military to suppress the Houthi rebellion. Riyadh also took the lead in an Arab coalition opposing Ansar Allah after Yemeni President Abd-Rabbu Mansour Hadi was ousted in 2015. By the way, he eventually fled to Saudi Arabia, and the Houthis concentrated the main control over Yemen.

The United Arab Emirates took an active part in the Saudi-led intervention in Yemen aimed at suppressing the Houthis. True, in 2019, the UAE withdrew most of its troops from Yemen after the order considered the war unwinnable. True, as CNN notes, the Emirates have recently returned to the Yemen conflict, supporting the groups involved in the civil war in the oil-rich provinces of Shabwa and Marib.

Explaining their fighting, representatives of Ansar Allah insist that this is just a response to the military aggression of the interventionists opposing the group.

The Saudi coalition recently launched airstrikes on the Yemeni capital Sana'a, killing at least 12 people in the city's deadliest shelling since 2019, according to CNN. At least 82 people were killed and 266 injured in an airstrike on a detention center in Yemen on January 21, according to the Houthi government's health minister. On the same day, another airstrike hit a telecommunications building in the strategic port city of Hodeidah, causing internet outages throughout the country. The Houthis blamed the strikes on the Saudi-led coalition.

However, in Riyadh they talk about the careful choice of targets in attacks on Yemen — to avoid civilian casualties and destruction of vital infrastructure. The coalition admitted that it struck Hodeidah, destroying “one of the havens of maritime piracy and organized crime.” and stated that she had attacked “military installations” in Sana'a.

After the latest attacks in the Emirates, Houthi supporters on the Internet promised new attacks, threatening to hit not only Abu Dhabi, but also Dubai, namely — skyscraper “Burj Khalifa”, one of the most recognizable symbols of the UAE. According to press reports, one of the pro-Houthi factions posted collages on social media, in which this 828-meter Dubai tower was allegedly hit by drone missiles.

Attacking the world's tallest building will not only be an irreparable loss for Houthi adversaries, but also an economic shock to the UAE. According to the information of authoritative resources, at the moment it is Dubai that is considered the most popular tourist destination. Damage to the Burj Khalifa will automatically mean the loss of such an important role for the city.

The recent attacks on the UAE prompted an extraordinary meeting of the Arab League (LAS) to call on the world community to recognize the Houthis as a terrorist organization.

This is not the first time that this issue is on the international agenda, and although even at the UN level, the actions of Ansar Allah were often qualified as terrorist attacks, there is no official decision to classify the group as a terrorist group. Diplomats fear that if the Houthis are recognized as terrorists, this will bury even the faintest hopes for further negotiations on a peaceful settlement of the long-term conflict in Yemen, the situation in which experts describe as a “humanitarian catastrophe”.

The United States, despite the increased activity of both the Houthis and its partners in the form of regional monarchies, is also in no hurry to actively join the confrontation, preferring the usual calls for negotiations. However, the recognition of “Ansar Allah” terrorists in Washington have already thought. More precisely, not already, but again: at the end of his presidential term, former US President Donald Trump included the Houthis in the list of terrorist movements, but the administration of the current head of state, Joe Biden, canceled this decision under pressure from criticism from other players. Now the conjuncture has changed once again, and if “Ansar Allah” threatens a kind of regional “9/11”, then the attitude towards the group will most likely be adjusted.

At the same time, the role of Iran may become a deterrent for the decisive steps of the Biden administration. It is no secret that many analysts, politicians and military officials attribute Tehran to active support of the Houthis, both in arms and money. In this context, the aggravation by the United States in the Yemen direction will undoubtedly irritate the Iranian authorities, who are already not too accommodating when discussing their own nuclear ambitions.