This year's Pride in Taipei was a celebration of achievements and identities — but also a protest. Groups representing transgender people, sex workers and people living with HIV and AIDS all gave speeches calling for further social and political change.

On Saturday, about a 120,000 people celebrated Pride in Taipei.

It’s one of the biggest pride events in Asia, and Taiwan is the only place in the entire continent where same-sex marriage is legal.

Last year’s Pride had to move online due to COVID-19. Attendees expressed sheer joy this weekend as thousands packed Taipei’s City Hall Plaza to watch performances and speeches, then parade through the heart of downtown.

It rained the entire day, so anyone looking from above would see countless umbrellas and Pride flags flowing down the main streets. Passersby often stopped to cheer the parade on and take photos.

Pride in Taipei was a celebration of achievements and identities — but also a protest. Groups representing transgender people, sex workers and people living with HIV and AIDS all gave speeches calling for further social and political change. 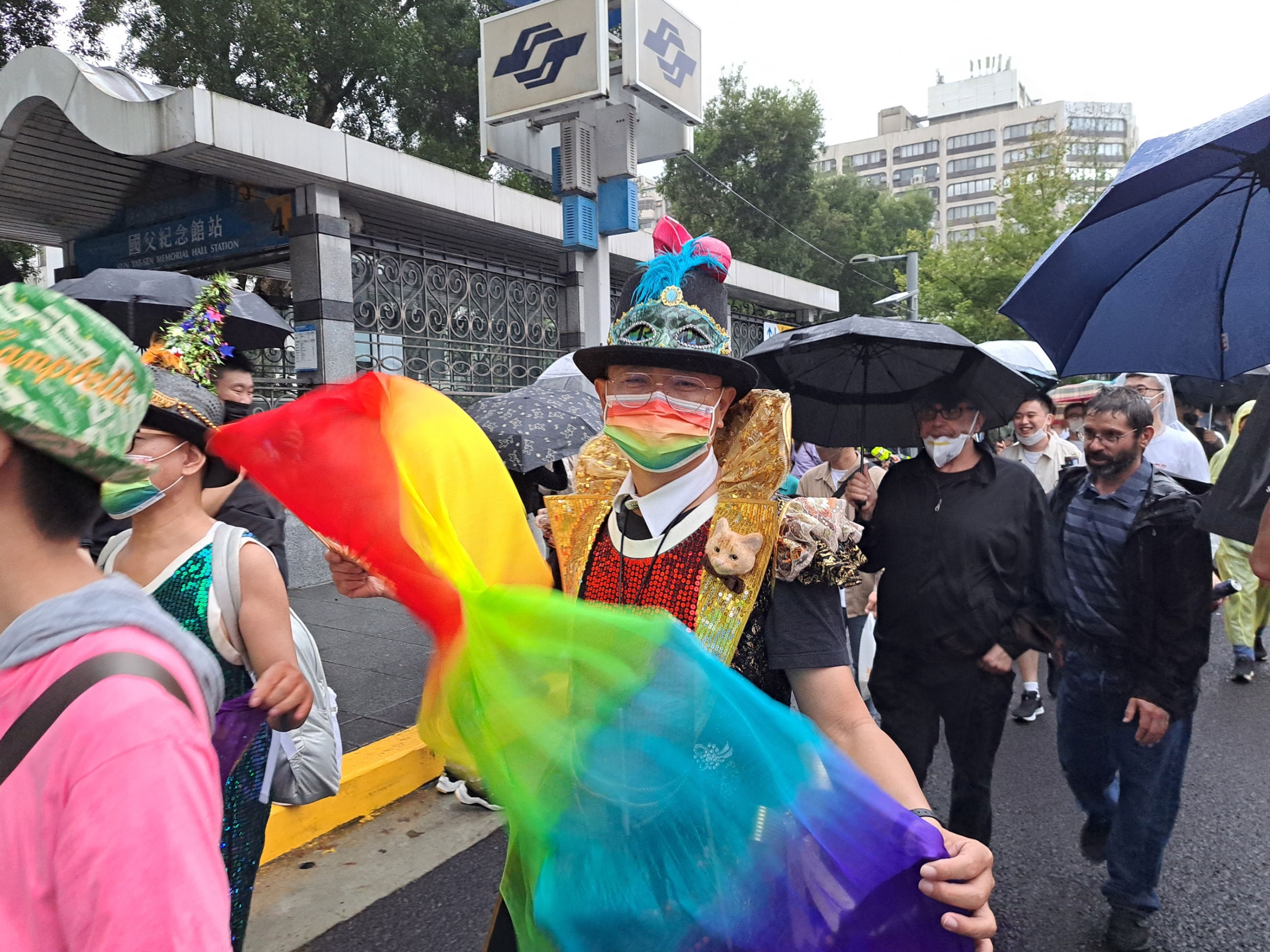 Over a 100,000 people arrived at Taipei's City Hall Plaza despite heavy rain for Taiwan's annual Pride celebration on Oct. 29.

Taiwan legalized same-sex marriage three years ago. Since then, queer identities have become more normalized, according to Sean Sih-Cheng Du, secretary-general of the Taiwan Tongzhi Hotline Association, one of Taiwan’s oldest queer and trans-focused nongovernmental organizations.

“More and more people are willing to come out, and to get married, and are being blessed by others,” Du said.

Still, queer couples mostly can’t adopt children, get legal recognition if one partner is from a different country, or use assisted reproductive technologies.

Trans and nonbinary Taiwanese people had their own 3,000-person-strong Trans March the evening before Pride. Many trans activists are pushing the government to make it easier for them to change their gender on official IDs. 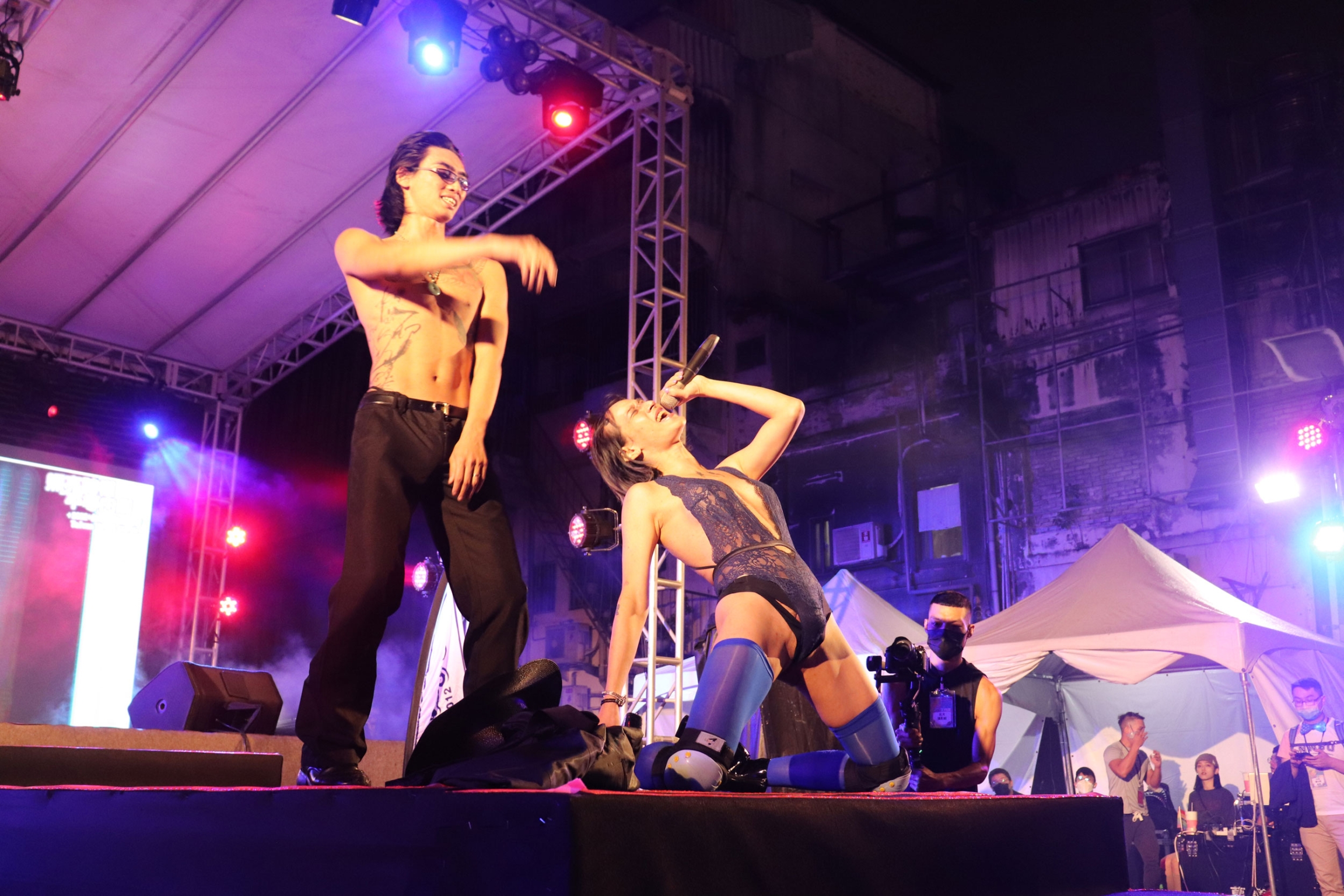 Performers dance onstage during the Trans March in Taipei, on Oct. 28.

Jaeden Soo is a trans and nonbinary advocate who lives in Taipei.

Soo said that right now, it’s possible for trans people in Taiwan to change their officially registered gender, but they have to go through a long and painful process.

“You also have to go through gender-reassignment surgery, whether you like it or not. So, this is a very violent regulation,” Soo said.

Soo said gender-reassignment surgery is very expensive, and many trans people don’t want it in the first place. Soo and other trans advocates say that not having an ID that reflects their accurate gender means they’re constantly misgendered in places like hospitals and schools.

Soo was part of the grassroots movement that saw marriage equality legalized in Taiwan. They say that since marriage equality was passed, trans issues have gained promince in Taiwan, but awareness of trans and nonbinary identities also needs to be improved.

“I do deal with gender dysphoria,” Soo said. “And as a trans person and a nonbinary person, you cannot deal with people just not knowing who you are, what you are. And it's a lot of hassle to have to explain or defend your existence just on a Tuesday, you know … some days I brush it off, but some days it just really gets to me.”

Individual trans people in Taiwan have successfully sued local governments to be able to change their IDs without undergoing surgery, but for now, Taiwan’s constitutional court is still considering a decision to remove the surgery requirement for all trans people.

Despite these issues, Soo said they think queer and trans communities have made more progress here than in many neighboring countries because of Taiwan’s history of struggle against authoritarian rule.

“We came from 38 years of martial law. We knew what it was like to have our safety and freedom violated on such an extreme level, and we really never want that to happen again,” Soo said. “Modern, democratic Taiwan is built on Taiwanese having the courage to challenge the status quo and to challenge the state.” 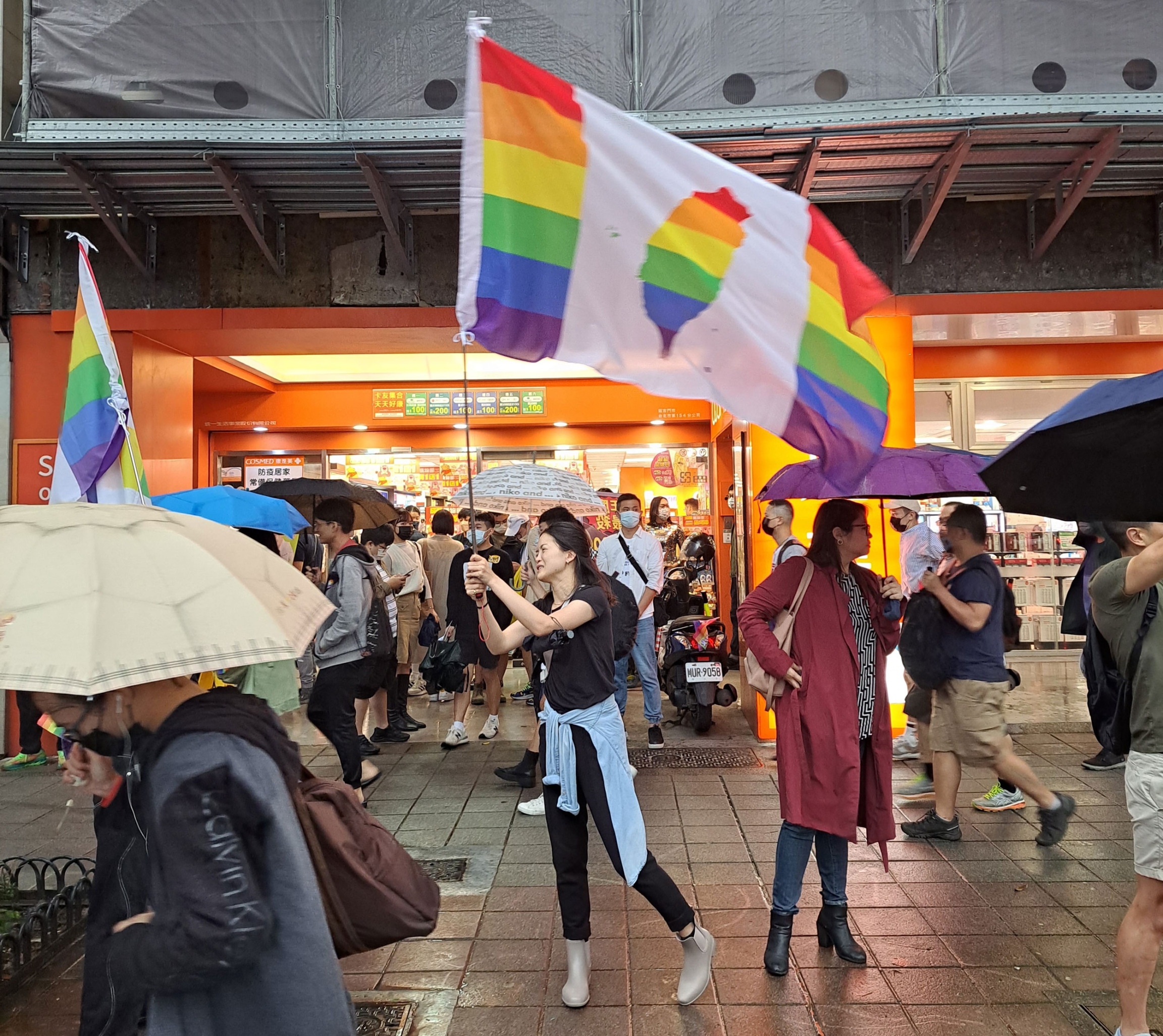 Wen Liu, an expert on LGBTQ issues in Taiwan at the Institute of Ethnology at Academia Sinica, agrees.

“The demands for free assembly, free press, just basic liberty and human rights around that time was really connected to the gender and sexual liberation movement,” Liu said.

As queer and trans Taiwanese people push for better rights in their own country, many also fear that the progress they have made could be undone if Taiwan’s political system is annexed by China.

On the streets at Pride, many people were carrying flags or symbols that linked Taiwanese identity and sovereignty with LGBTQ pride.

“In our generation, we really see the threats of China to undermine Taiwan's democracy, and Taiwan's task and need to preserve a democratic system … in which LGBTQ rights can survive,” Liu said.

Queer communities from all over Asia and the world were represented here.

Scholar Wen Liu said that for the new generation, especially those that came of age during or after Taiwan’s 2014 student-led Sunflower Movement, attitudes are changing.

“This younger generation of folks are … mostly pro-LGBTQ rights. So, they are our hope and optimism,” Liu said. “They're really challenging the status quo of traditional politics.” 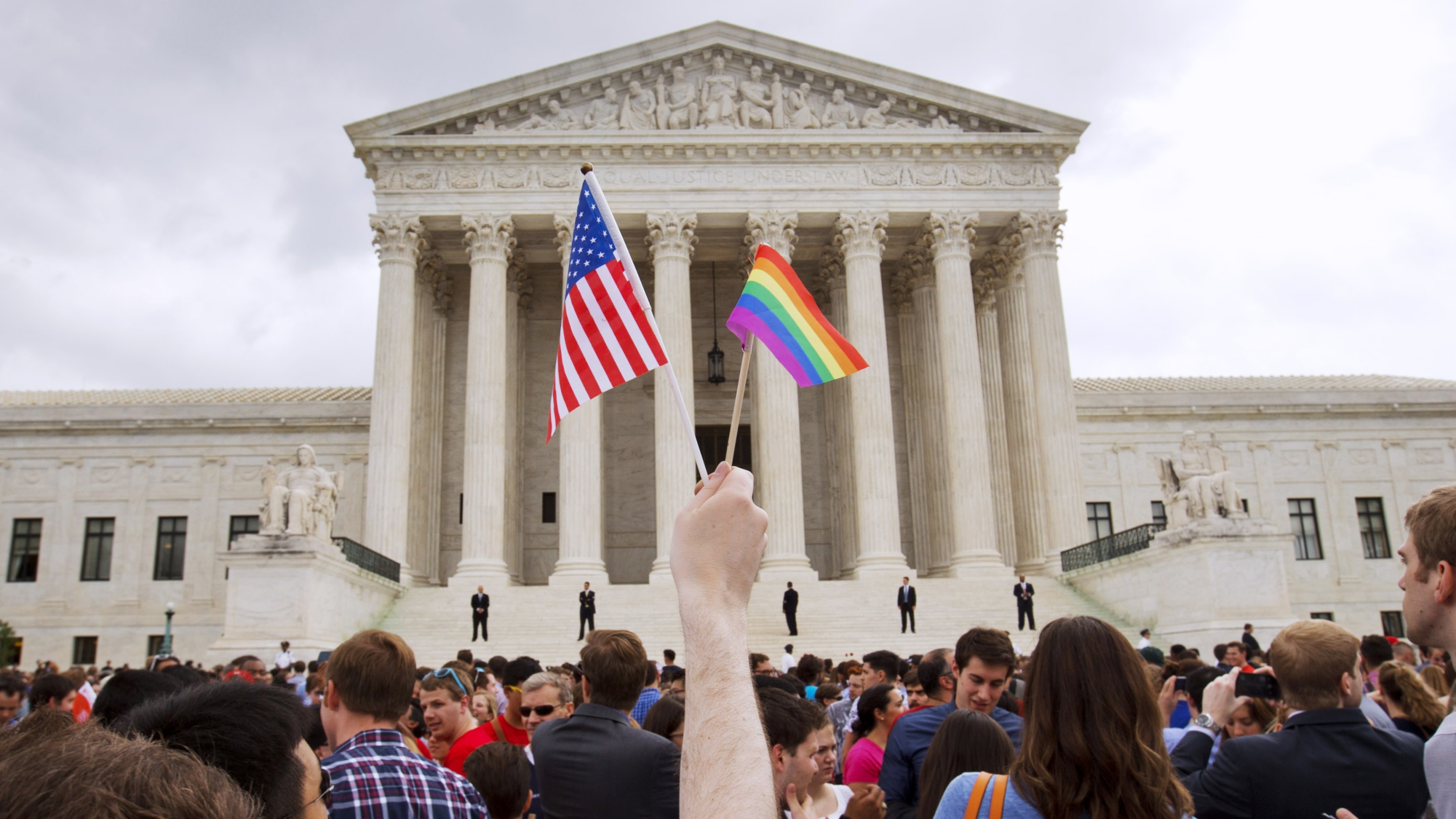 How gay marriage won in the US 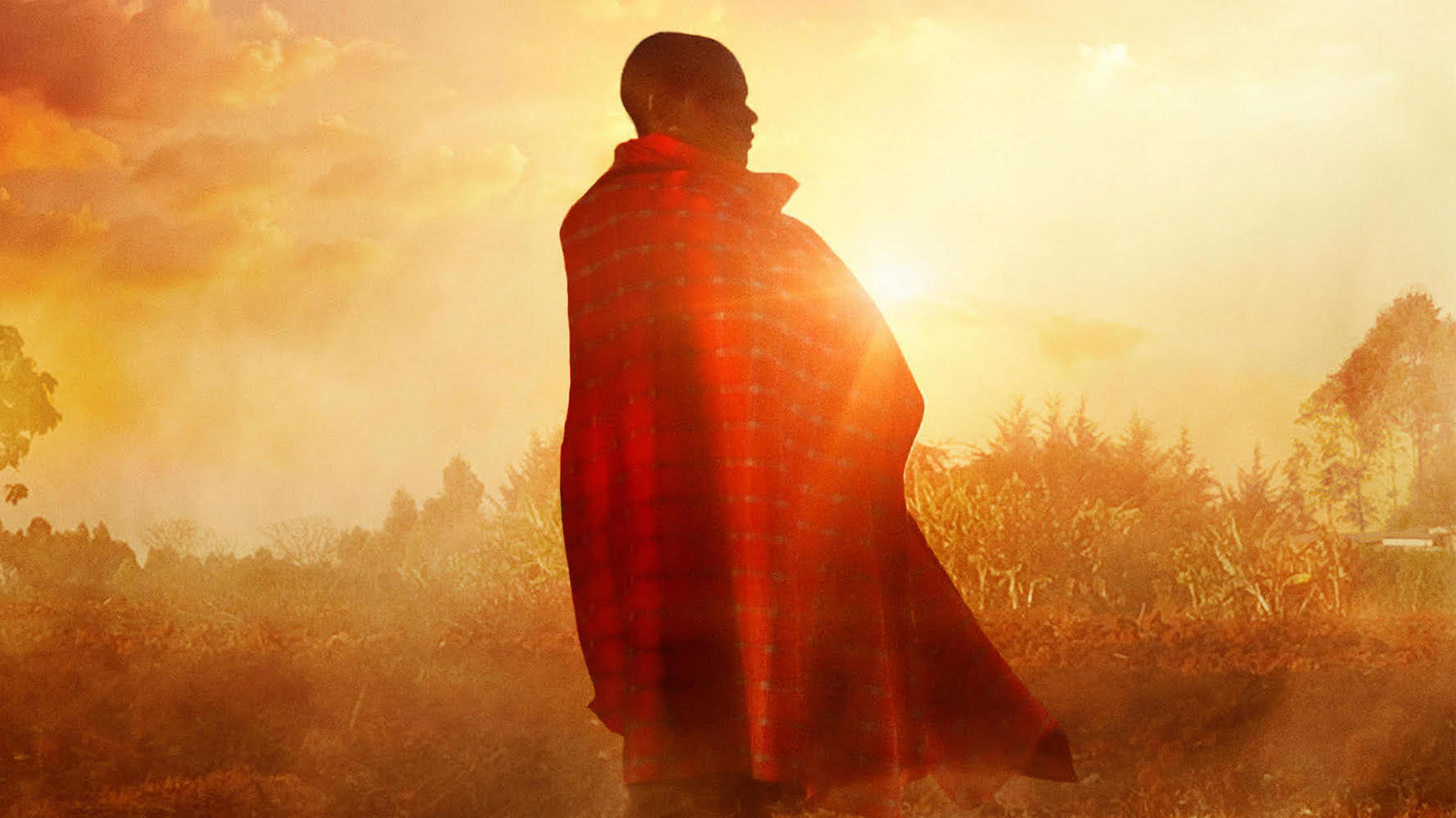 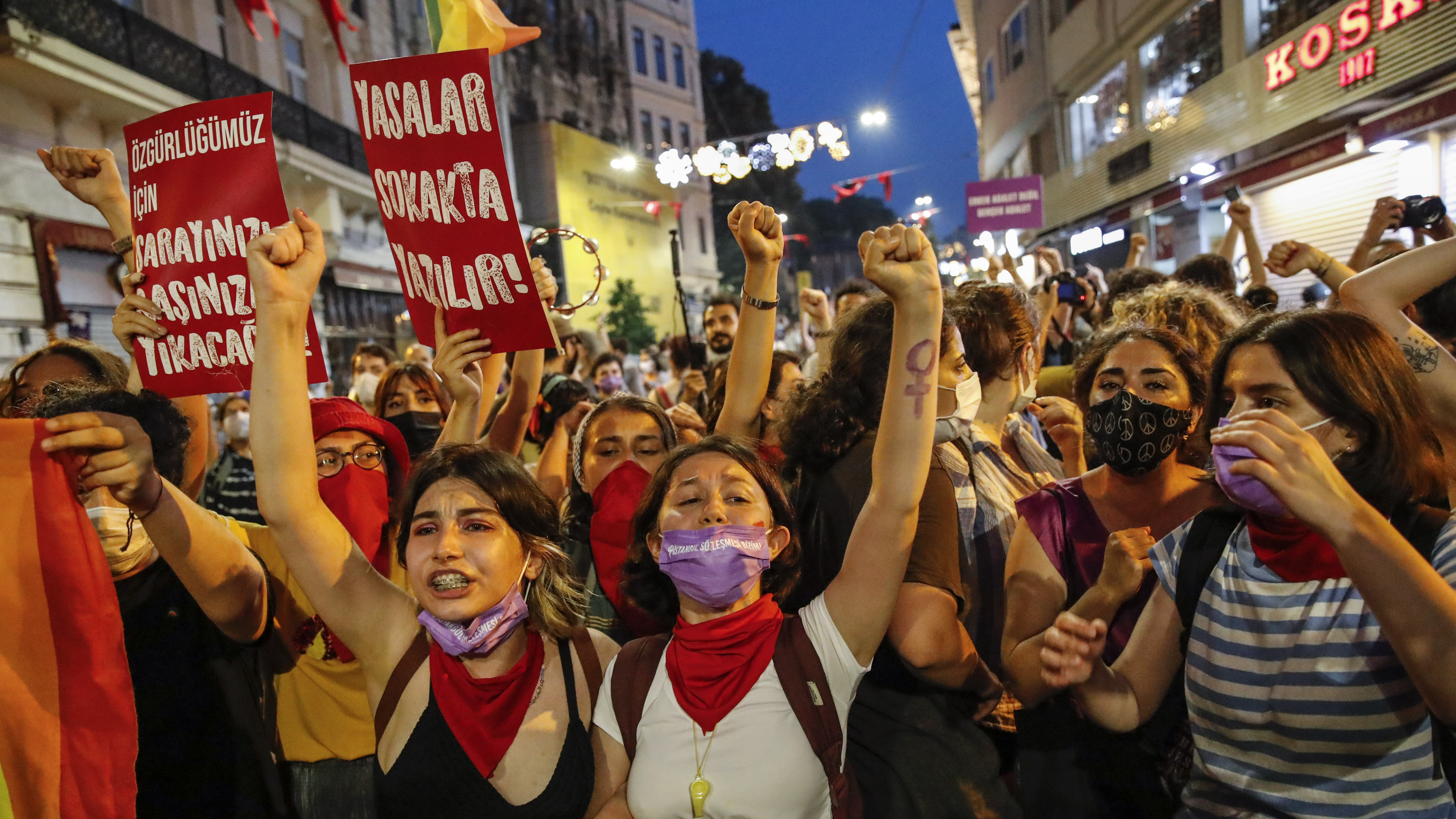 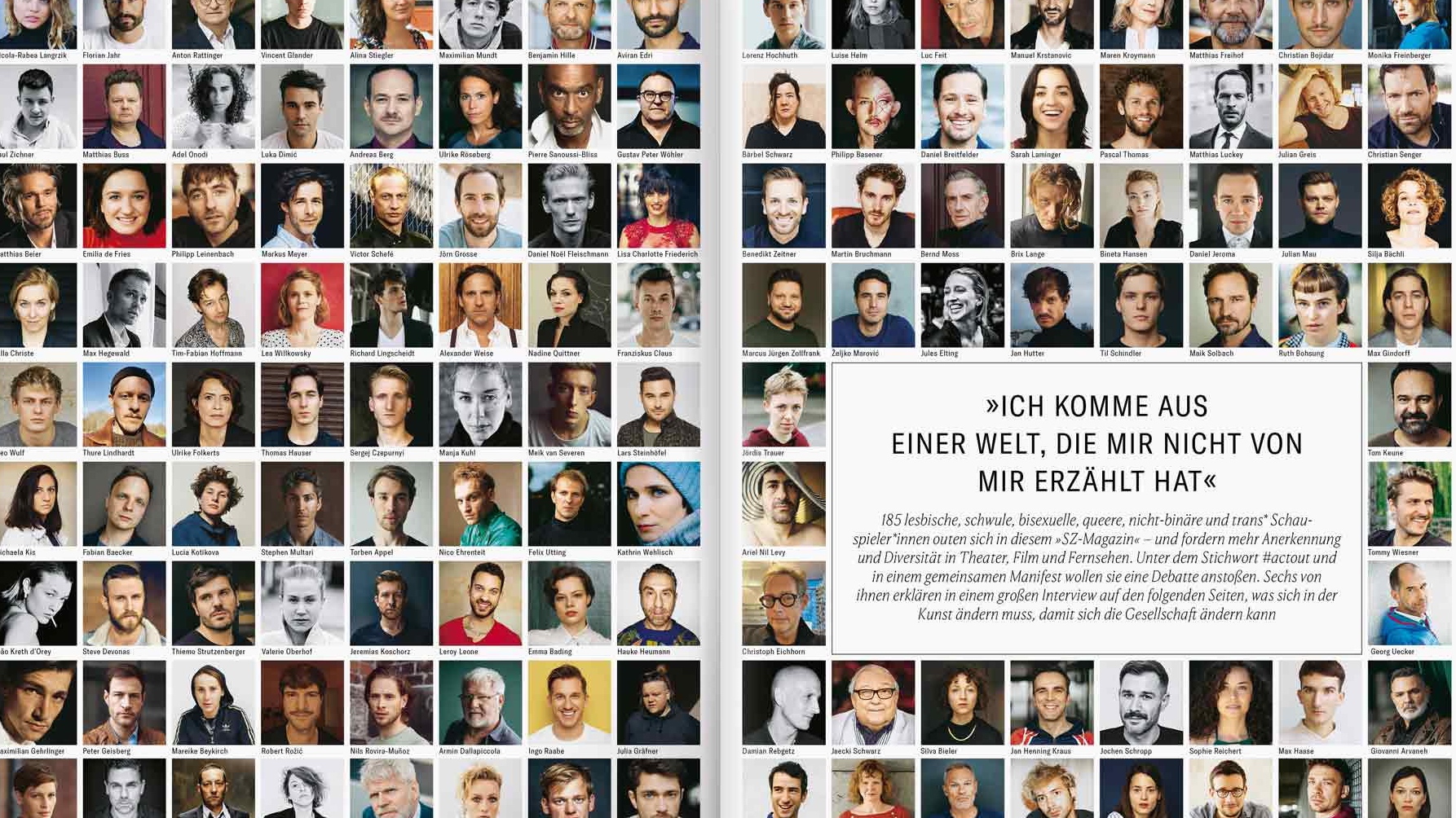