Taiwan reopens its borders after years of COVID controls

A man waits at the arrivals lobby at Taoyuan International Airport to pick up an inbound traveler on Oct. 13, the first day that Taiwan reopened its borders for quarantine-free travel.

Taiwan was one of the few remaining nations that stayed closed throughout the pandemic — it had stopped giving out most kinds of visas, and anyone who was allowed to arrive had to follow a strict quarantine.

Now, days after its neighbor Japan reopened for tourism, Taiwan began welcoming back outsiders on Oct. 13. Travelers are still advised to test negative for COVID-19 before leaving their hotels. Arrivals are still capped at 150,000 per week, for now. But travelers and tourism business owners say they’re thankful that their main source of revenue is returning.

“I want to tell our friends overseas that Taiwan is ready,” she said. “You’re welcome to come.”

Edward Rada is an American visitor who arrived in Taiwan on Sunday night.

“I bought this ticket three months ago,” Rada said. “And who knew that the day I landed would be the day that they stopped the quarantine, hallelujah.” 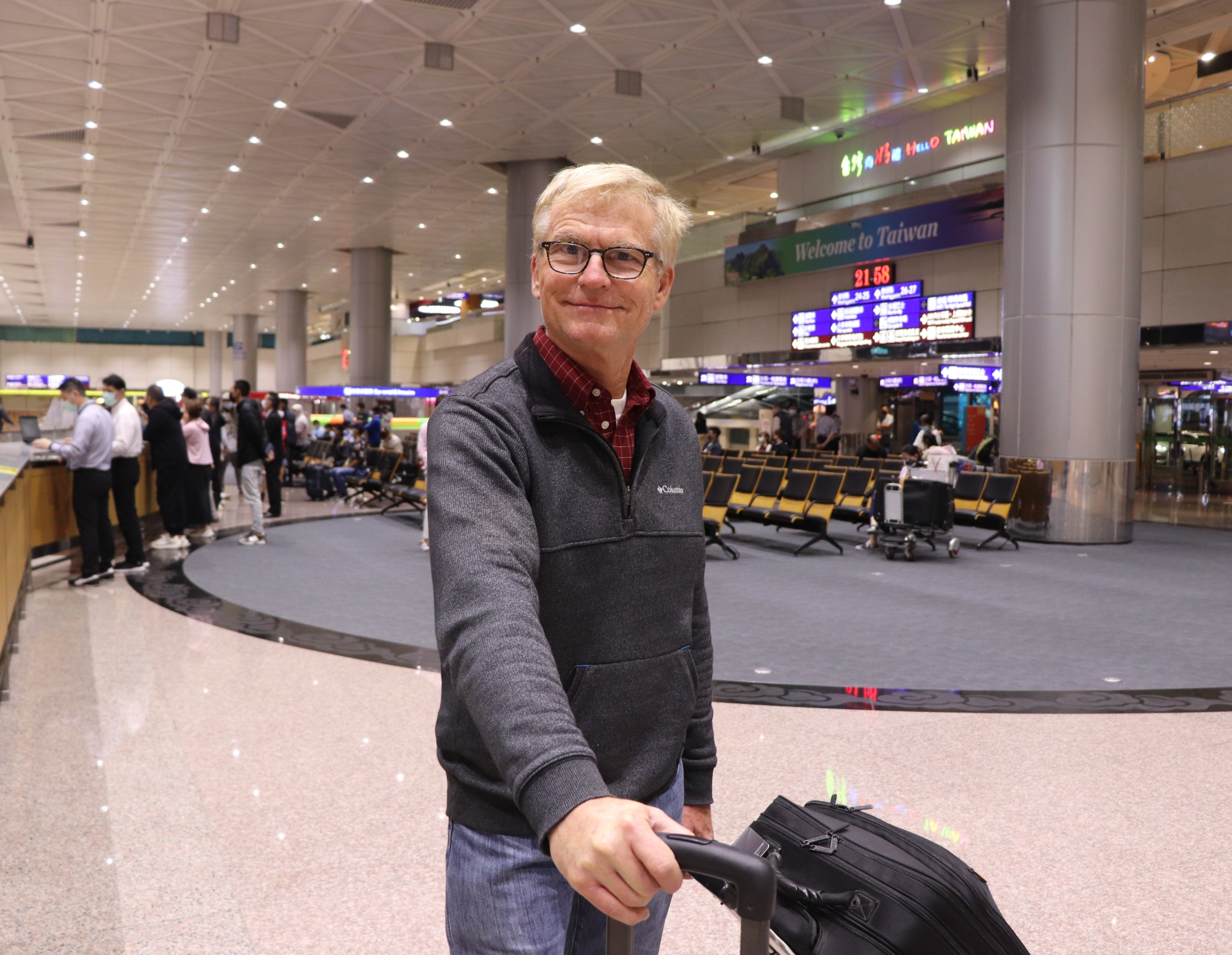 Edward Rada, a visitor from the US, arrived in Taiwan the day that the country removed its mandatory quarantine requirement.

Rada has close business and personal connections in Taiwan. So, since the borders closed, he was practically counting the days until he could come back.

Keeping Taiwan’s borders closed was a key part of its COVID-19 strategy. For a long time, it worked. In fact, for 200 days in the summer and fall of 2020, as infections skyrocketed in places like the US, Taiwan didn’t log a single case.

Even going into 2021 and early 2022, despite a few surges, cases and death rates in the country were relatively low. Earlier this year, however, the highly infectious omicron variants entered Taiwan.

Jason Wang is a professor of pediatrics and health policy at Stanford University. He said that these variants were so infectious, they eventually made contact-tracing impossible. Once that happened, Taiwan “basically had to switch to a policy of living with the virus,” he said.

For Wang, the key difference separating Taiwan from many other nations that adopted this approach earlier is that “when the virus was very deadly, there were very few cases, and so, very few deaths.”

Wang said that the virus only started to spread quickly in Taiwan after it had already achieved a roughly 85% vaccination rate.

“So, even though in 2022 a lot of people actually got infected, overall, the cumulative deaths per population is still among the lowest in the world,” Wang said.

As the borders reopen, almost 9 out of every 10 people in Taiwan are now fully vaccinated.

Michael Wu, who runs a private tour company called My Taiwan Tour, said that reopening is a relief.

Before the pandemic, Wu’s company received thousands of international tourists each year. He even gave tours to celebrities like Ryan Reynolds.

Then in March 2020, Taiwan closed its borders. Wu said that he lost his entire income source overnight.

“I mean, the whole revenue disappeared in just one night … you don't know what to do for the next six months or a year,” Wu said.

The same thing happened to Lin Ruo-Rong, who manages the Star Hostel in Taipei.

“We were so busy dealing with all the cancellations at the time,” Lin said.

Lin said that the hostel lost 70% to 80% of its revenue over the pandemic. She had to come up with new ways of making money by catering to the domestic market.

“So, we decided to do monthly rentals for people who needed a place,” Lin said. “We also have a common area, which was not really used during the pandemic. So, we started a co-working space.”

Wu did the same. He started a side business, creating local, personalized experiences for Taiwanese people.

But neither business was able to make as much money as before.

For example, in May 2021, due to a COVID-19 surge, Taiwanese people also stopped traveling for a while.

That’s why, when Taiwan announced it was reopening, “finally, we saw a light at the end of the tunnel,” Wu said.

He’s already been receiving inquiries for his tourism business again and expects to start doing tours again later this month.

Some challenges remain. Both Wu and Lin say it’ll be a long time before business picks back up to pre-2020 levels. But for many both in Taiwan and abroad, it’s long-awaited good news.