‘The best is yet to come’: Cuban boxers make a professional comeback after 60-year ban is lifted

“MuiTypography-root-134 MuiTypography-h1-139″>'The best is yet to come': Cuban boxers make a professional comeback after 60-year ban is lifted

The Cuban government recently lifted a decadesold ban on professional boxing imposed by then-President Fidel Castro in 1962. This year, the Cuban boxing team “Los Domadores” made a triumphant professional debut on May 20 in Aguascalientes, Mexico.

The Cuban boxing team made a triumphant professional debut on May 20, in Aguascalientes, Mexico.

It was Cuba’s first professional boxing match since the Cuban government lifted a decadesold ban on the professional sport in April.

And in a quick, precise move, Cuban boxing star Arlén López hit Fernando Galván’s chin with his left hand and won the match in the first round.

All six members of the Cuban team "Los Domadores" (Spanish for “The Tamers,”) easily won their fights, with five knockouts and a victory by unanimous decision.

Boxing has been popular in Cuba for more than 100 years.

It arrived on the island as a tourist attraction, mostly featuring championship bouts between North American boxers, writes researcher Louis Pérez Jr. in his book, "On Becoming Cuban: Identity, Nationality and Culture."

Pérez Jr., who studied Cuban culture in the 19th and 20th centuries, said that the sport quickly became popular with the locals, many of whom became world-class champions themselves.

Boxers known as “Kid Chocolate,” the first Cuban to hold a world boxing title in the early 1930s, or “Kid Gavilán,” the undisputed world welterweight champion in the 1950s, are considered national heroes in Cuba.

Not long after the Communist revolution, then-President Fidel Castro banned professional sports on the island in the early 60s. He said the industry was riddled with corruption and that athletes were exploited by big economic powers.

Related: Kiki Valera on Son cubano and how he developed a unique musical perspective 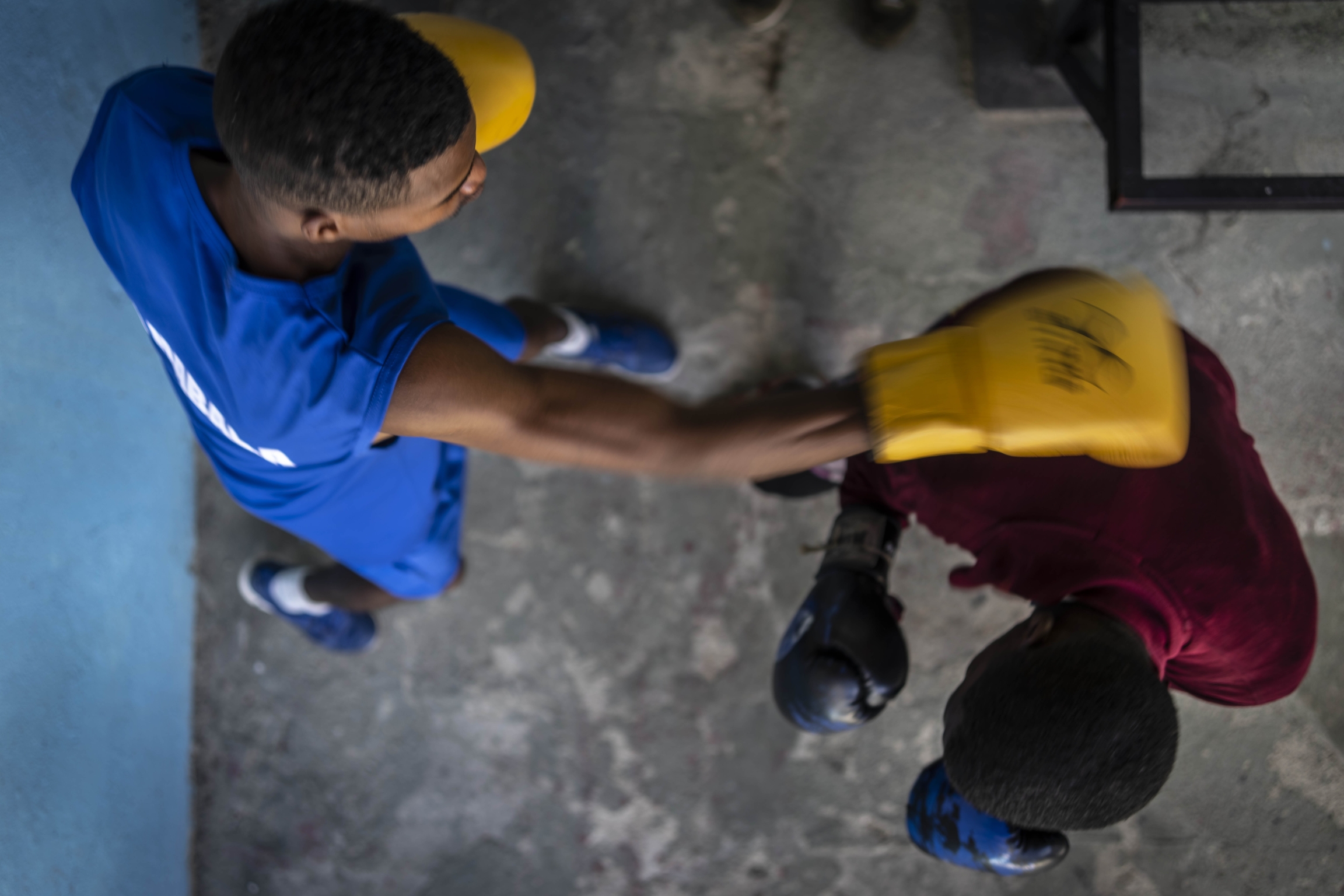 As a result, many professional athletes left the island and moved to other places, like the US, Mexico, Puerto Rico and countries in Europe. Those who remained on the island have, for years, excelled during Olympics Games and in the amateur system.

Cuba has won 37 gold medals in boxing — second place on the all-time medal table, after the United States.

'The best is yet to come'

“A few years ago, we began to study what was happening in the professional boxing world and it resulted in the approved agreement between the country’s sport and the Cuban Boxing Federation with the Golden Ring Promotions [a Mexican sports management company], for the representation of Cuba in its entry into professional boxing,” Puig de la Barca said.

He said there are two main motivations to lift the ban on professional boxing. For one, Cuban boxers are ready for a new challenge.

“We want to clash with the best in the world,” he said.

Puig de la Barca said professional boxing is more humane nowadays and officiating is more ethical than it used to be.

The other motivation is money.

Up until now, Cuban athletes had not been able to cash in on the big prizes. Now, they will get 80% of the prize money for each fight. The coach will get 15% and the medical staff will get 5%.

At the event in Mexico, the Cuban team wore matching red shorts instead of gear with brand names from sponsors — an important income source for many professional athletes.

Right after his debut, Cuban fighter Julio Lacruz told Cuban journalists that he was thrilled to be able to fight as a professional for the first time.

“The best of Cuban fighters is yet to come,” he said.

« ‘We’re seeing the tip of the iceberg’: Neurologists in Zambia upend understandings of multiple sclerosis in the region (Previous Post)
(Next Post) A fetid threat: why is the “dung law” dangerous for Russians? »