The gun on the wall shoots twice: why Serbia and Kosovo will never reconcile

For the world, the aggravation of the situation here is another Pandora's box

To be honest, all night, after Serbian President Vucic addressed the nation, I was haunted by the effect of deja vu.

If a gun is hanging on the wall, sooner or later it will fire. The relationship between Serbia and Kosovo is such a gun.

Aleksandr Vučić spent the night in the building of the General Staff of the republic's armed forces, discussing the possible outbreak of hostilities.

“I think that we have never been in a more difficult and difficult situation. I ask the Albanians to stop, and the Serbs not to succumb to provocations,” the Serbian president said.

He suggested that in the event of a military scenario, Belgrade would certainly win.

For the world, the aggravation of the situation in Kosovo – this is another Pandora doll. As soon as you open one, another one is inside – and so on ad infinitum.

Even though I never support either Serbs or Albanians. Everyone has their own truth. But this is not our history and… thank God that it is not directly ours. 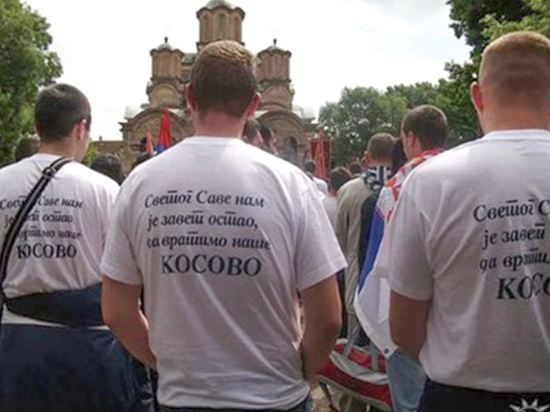 I visited Serbia for the first time in the winter of 2000. Shortly after the bombing of Belgrade by NATO aircraft.

In the Yugoslav war, everyone was “good”, and everyone cut everyone's head off. Both Muslims and Christians. With memories of the Balkan atrocities, Donbass, to be honest, is resting. Here, the conflict of worldviews and religions was superimposed on the ethnic conflict.

I still cannot forget the gouged out eyes of the saints in the Orthodox monastery in Gracanica.

Who could they interfere with, these figures painted on the walls?

When I arrived in Kosovo ten years after entering the peacekeepers, it was already a civilization.

The Albanians opened new hotels, licked to European brilliance. They exhibited at the reception the flags of the states whose citizens were visiting them. They sincerely smiled at me and, if necessary, freely spoke with all visitors in the former state, and now semi-banned Serbian language. They even knew a couple of words in Russian. Our people in Kosovo were respected unnecessarily defiantly – the reason for this was clear, everyone here remembered the throw of Russian paratroopers into the capital Pristina.

The remaining Serbs in Pristina, when I was last there, they were such little animals on the reservation. They were guarded by international peacekeepers, they created conditions for living in enclosures – look, Serbs are alive and unharmed, which means we have “peace, friendship, chewing gum.”

The long-suffering Balkans have always stood at the crossroads of foreign roads and interests.

I still have the feeling that Kosovo is Donbass in reverse. As if they are looking into each other, as if in a mirror. But where one has the right, the other has the left.

At one time, the West supported the Kosovo separatists.

It all ended with a nuclear the bombing of Belgrade, the introduction of KFOR peacekeeping troops, the official secession and recognition of Kosovo. 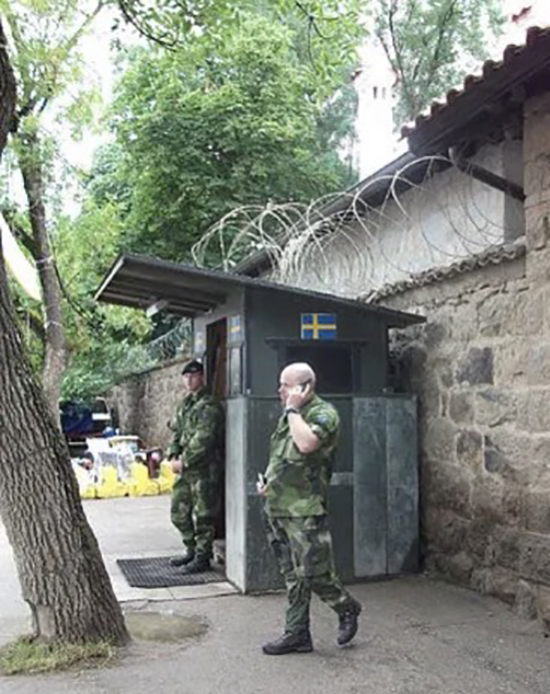 For Serbia, this was an act of national defeat and humiliation.

For Russia, in many ways, this is the last opportunity to show geopolitical ambitions by turning around in Primakov's plane in the middle of the Atlantic. Then we allowed such liberties only in March 2014 – with Crimea.

But now the war is not beneficial to anyone. Neither Kosovo, recognized by many, nor even Europe, which, in the event of an aggravation of the conflict, will have to intervene. Kosovo is the European area of ​​responsibility and its headache. Perhaps the only territorial problem that is believed to have been resolved by the world community.

Serbia does not have nuclear weapons, so the Europeans will not be able to sit in a trench.

But the EU their problems through the roof in order to open a “second front” also in the Balkans.

For Serbia, the opportunity arose to try to return its northern territories inhabited by Serbs. Will they want to miss it?

The numerical advantage of the male population in Serbia against Kosovo is almost three times.

Serbia over the years got used to the tragedy that they experienced in the late 90s. They really want in the EU (like Kosovo, which is a potential candidate) they want a comfortable and well-fed life, just like everyone else. It is believed that the soul of the Serbs is with Russia, the Slavic brotherhood and all that … In reality, they are much closer to the West and even to China than to us.

Although – yes, moral duty, probably something , yes, it means that just August 1 marks 108 years since Russia entered the First World War, defending Serbia. This war, by the way, cost Russia an empire. So the Serbs are supposed to owe us.

Recently, Putin once again exacerbated the old traumas of Serbia, saying that Kosovo is an international precedent, so the republics of Donbass also have the right to be independent. What was like a knife to the heart for Serbia.

Although here you can’t refuse GDP in logic. A precedent is a precedent. But if we recognize Kosovo, will the rest really recognize Donbass?

At the moment, the conflict on the Serbian-Kosovo border has been extinguished. The US authorities, through the ambassador, persuaded Kosovo to postpone until September the mandatory replacement of Serbian national passports and license plates with Kosovo ones – one of the reasons for the latest escalation. The Serbs, on the other hand, received a proposal to remove the barricades and disarm. At least for a month.

« At a meeting on metallurgy, Putin spoke about the principles thrown into the trash (Previous Post)
(Next Post) Khodakovsky spoke about the intense preparation of the “avalanche” in a special operation »