‘The summer of stress’: Amid airline staffing shortages, lost luggage rates have soared

Thousands of passengers are arriving at their destinations without their luggage and little idea if they will ever see it again.

Travelers sift through luggage before approaching the self check-in kiosks at the Southwest Airlines ticketing counter in Denver International Airport July 5, 2022, in Denver.

Donna O’Connor from Chicago had been planning to go to Ireland to spread her parents' ashes for more than two years.

Both of her parents were born in the United States but her great-grandparents are from County Mayo in the west of Ireland. O’Connor said her family had always felt a strong affinity with Ireland.

“My father and grandmother always reminded my sibling and me of how important our Irish Catholic heritage was and to not be the one to break that thread” she said.

O’Connor planned to spend a few months in Ireland and arranged to bring her 13-year-old cat, Ruari, with her on the plane. Her airline, Air Canada, said the cat would be considered as her carry-on luggage and everything else had to go in the hold.

O’Connor kept her parents' ashes in a small urn and at the end of June, she packed it in her suitcase and flew to Dublin. After a delayed, 19-hour journey, O’Connor arrived at Dublin Airport and stood for three hours at the baggage carousel waiting for her bag to appear. It never arrived.

After an almost three-year hiatus, travelers like O’Connor are returning to airports in record numbers. But a severe shortage of baggage-handling staff means thousands of passengers are arriving at their destinations without their luggage and little idea if they will ever see it again.

Earlier this month, London’s Heathrow Airport, one of the busiest airports worldwide, introduced a cap on the number of passengers airlines are allowed to bring on flights. The measure was intended to ease the huge queues at security and departures and reduce the numerous incidents of luggage being lost.

Last week, Delta airlines flew a plane from London to Detroit packed with a thousand pieces of stranded luggage and no passengers.

British travel consultant Paul Charles with The PC Agency said this is just one of the problems caused by serious staff shortages postpandemic.

“The ongoing shortage of baggage handlers, the shortage of cabin crew, pilots and others involved in aviation has led to all sorts of consequences. There simply aren't enough people to handle the amount of baggage that we're putting through the system,” he said.

Charles calls it the “summer of stress.” The airlines don’t have enough staff to answer customer complaints, he said.

Charles said that he himself rarely places a suitcase in the hold for fear of losing it. If you must do it, he said, attach your name, address and contact details clearly to the bag.

“Take a picture of the suitcase and all its contents before you fly, so you have a record of everything if you are claiming back on travel insurance,” Charles advised.

And all passengers should place a smart tracking device like an Apple AirTag in their suitcases, he said. 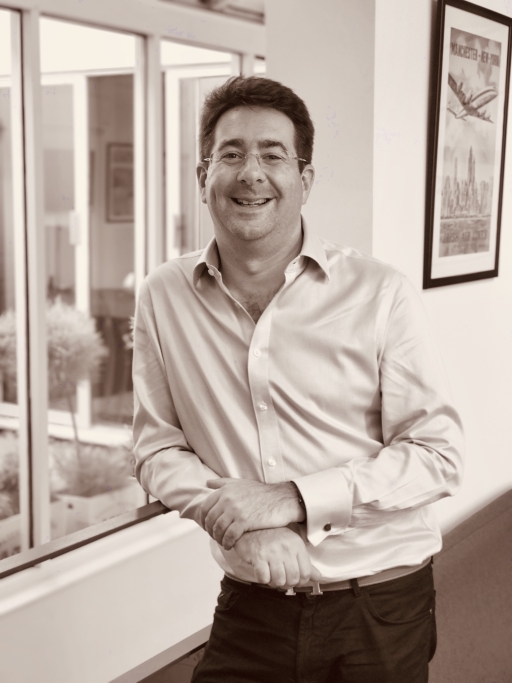 O’Connor went to the lost luggage section of Dublin Airport to file a report and found hundreds of other passengers waiting to do the same. Distraught, she rang the airline but received no response.

For the next week, O’Connor went back and forth to Dublin Airport every day. One day, she spent more than 12 hours in the terminal building. After a while, the passengers started to get to know each other.

“One man, the father of a toddler, wouldn’t leave the airport because the airline had lost his child’s car seat,” O’Connor said.

Most of the time, the passengers sat for hours on the airport floor sharing their stories or trying to phone their airlines. Sometimes, passengers would refuse to even leave the lost luggage area for food or drink because they were so afraid they would miss someone with news about their bags, O’Connor said.

At one point, the police were called because passengers became so irate. But when the police officer heard their plight, “they just felt sorry for us, took some details and let us be,” O’Connor said.

As the days passed, O’Connor became increasingly distressed. She had planned a trip to Ireland with her father before he became ill. He died in the summer of 2020. Her mother passed away 30 years ago in 1992, but O’Connor said her father had always wanted them both to be buried together.

Now, she said, she was alone in Ireland, without their remains and no idea if they would ever be returned to her.

O’Connor contacted the airline, Air Canada, every day but she said she never got through. Two weeks after arriving in Ireland, she had a missed call. A woman from the airline left a voice message saying her bag was being sent back to her home in Chicago. O’Connor tried to ring the number back to tell them she was in Ireland but she got through to a recorded message. She never heard back.

O’Connor said that dealing with the airline’s lack of interest compounded her distress.

“I understand how business works and that sometimes there's delayed bags or lost bags, but you don't just, you know, leave the person to fend for themselves.”

After 2 1/2 weeks in Ireland, O’Connor’s bag arrived at Dublin Airport. She said it appeared pretty “banged up.”

“It looks like it's been dropped from a plane at about a thousand feet. It's very, very battered.”

But inside, the urn was undamaged.

A few days ago, O’Connor went to Castlebar in County Mayo and scattered her parents’ ashes. It was an emotional experience, she said, but it was also a relief to finally be able to lay them to rest together.

O’Connor has booked a plane ticket to fly home to Chicago in early September. This time, she said, she’s flying with Air France.

Jenn M. Choi, who lives in Berlin, bought four AirTags before her family holiday in Mexico earlier this month. Choi said that she did it after reading numerous horror stories of bags going missing but still she didn’t think it would happen to her. 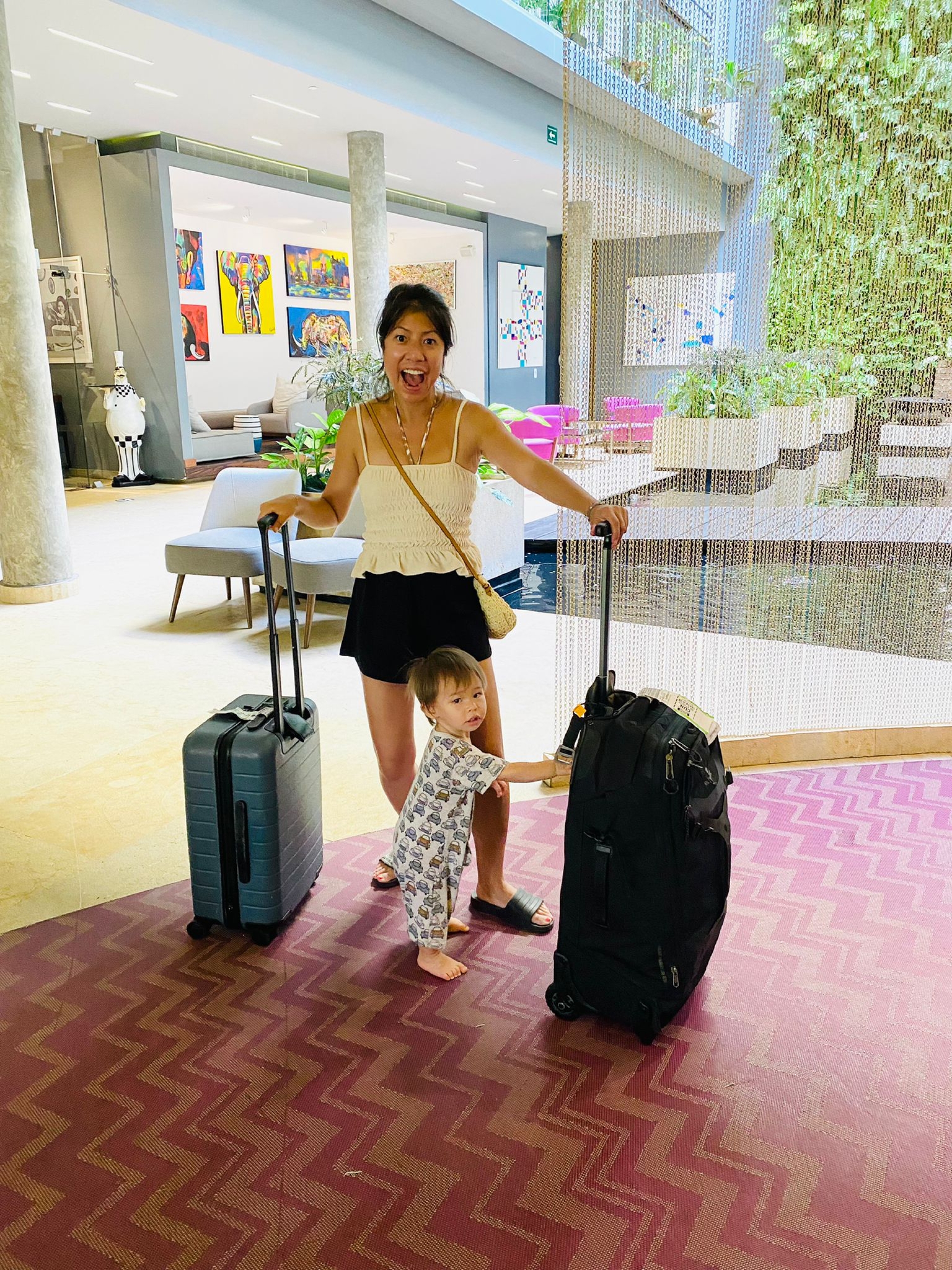 Jenn M. Choi put smart tags in her luggage, which got lost en route from Berlin to Mexico.

“I'm into tech, so it was more like, ‘Oh, this will be a fun experiment.’ I didn't actually think that we were going to lose our bags.”

After landing in Cancun airport with her husband and 1-year-old son, Choi checked her AirTag. The device stated that all their bags were still in Frankfurt airport. Choi said after filing a report that their bags were missing, they were advised to keep an eye on the airline’s tracking system which would tell them where their bags were.

But the system never worked, she said. It was the AirTags that let them know when their bags were on the move. A week later, the three suitcases arrived in Mexico. Choi said she was happy to see them but had become accustomed to traveling light.

“The whole experience helped me realize that we have too much stuff, like we're too consumerist. And when our bags arrived I was like, ‘Oh, this is kind of like a burden now,’” she laughed.

Air Canada was contacted for a response but they did not respond by publication time.

« Sri Lankans wait in line for days to refuel their vehicles amid shortages, economic crisis (Previous Post)
(Next Post) Deadly rivers in cities. Why do people die in Russia during heavy rains »