People put flowers over a memorial placed on the spot of Sunday's explosion on Istanbul's popular pedestrian Istiklal Avenue in Istanbul, Nov. 14, 2022.

Turkish police said Monday they have detained a Syrian woman with suspected links to Kurdish militants and that she confessed to planting a bomb that exploded on a bustling pedestrian avenue in Istanbul, killing six people and wounding several dozen others.

“A little while ago, the person who left the bomb was detained by our Istanbul Police Department teams,” Interior Minister Suleyman Soylu announced early Monday. Police later identified the suspect as Ahlam Albashir, a Syrian citizen.

The Istanbul Police Department said videos from around 1,200 security cameras were reviewed and raids were carried out at 21 locations. At least 46 other people were also detained for questioning.

The suspected allegedly departed the scene in a taxi after leaving TNT-type explosives on the crowded avenue, police said.

Sunday’s explosion was a shocking reminder of the anxiety that gripped Turkey when such attacks were common. The country was hit by a string of deadly bombings between 2015 and 2017, some by the Islamic State group, others by Kurdish militants who seek increased autonomy or independence.

Police said the suspect told them during her interrogation that she had been trained as a “special intelligence officer” by the outlawed Kurdistan Workers' Party, as well as the Syrian Kurdish group the Democratic Union Party and its armed wing. She entered Turkey illegally through the Syrian border town of Afrin.

The Kurdistan Workers Party denied involvement in a statement, saying it did not target civilians. In Syria, Mazloum Abdi, who heads the US-backed and Kurdish-led Syrian Democratic Forces said “our forces have no relations whatsoever with the Istanbul bombing and we reject claims that blame our forces for that.”

Soylu said the suspect would have fled to neighboring Greece if she hadn't been detained, the interior minister said.

Earlier, Soylu said security forces believe that instructions for the attack came from Kobani, the majority Kurdish city in northern Syria that borders Turkey. He said the attack would be avenged.

“We know what message those who carried out this action want to give us. We got this message,” Soylu said. “Don’t worry, we will pay them back heavily.”

Soylu also blamed the United States, claiming that a condolence message from the White House was akin to “a killer being first to show up at a crime scene.” Turkey has been infuriated by US support for Syrian Kurdish groups.

In its message, the White House said it strongly condemned the “act of violence" in Istanbul, adding: “We stand shoulder-to-shoulder with our NATO ally (Turkey) in countering terrorism.”

Turkish television broadcast footage purporting to show the main suspect being detained at a house where she was allegedly hiding. It said police searching the house also seized large amounts of cash, gold and a gun.

The minister told reporters that Kurdish militants had allegedly given orders for the main suspect to be killed to avoid evidence being traced back to them.

Istanbul Gov. Ali Yerlikaya said of the 81 people hospitalized in the attack, 57 have been discharged. Six of the wounded were in intensive care and two of them were in life-threatening condition, he said. The six killed in the blast were members of three families and included children ages 9 and 15.

Funerals were held Monday for the six victims, including Adem Topkara and his wife Elif Topkara, who had left their two young children with their aunt and were taking a stroll down Istiklal at the time of the blast.

Istiklal Avenue was reopened to pedestrian traffic at 6 a.m. Monday after police concluded inspections. People began leaving carnations at the site of the blast, while the street was decorated with hundreds of Turkish flags.

Mecid Bal, a 63-year-old kiosk owner, said his son was caught up in the blast and called him from the scene.

“Dad, there are dead and wounded lying on the ground. I was crushed when I stood up" to run, Bal quoted him as saying.

Restaurant worker Emrah Aydinoglu was talking on the phone when he heard the explosion.

“I looked out of the window and saw people running,” the 22-year-old said. “People were lying on the ground, already visible from the corner of the street (I was in). They were trying to call (for help), whether it was an ambulance or the police. All of them were shrieking and crying.”

The PKK has fought an armed insurgency in Turkey since 1984. The conflict has killed tens of thousands of people since then.

Ankara and Washington both consider the PKK a terrorist group, but they diverge on the issue of the Syrian Kurdish groups, which have fought against IS in Syria.

In recent years, Turkish President Recep Tayyip Erdogan has led a broad crackdown on the militants as well as on Kurdish lawmakers and activists. Amid skyrocketing inflation and other economic troubles, Erdogan’s anti-terrorism campaign is a key rallying point for him before Turkey's presidential and parliamentary elections next year.

Following the attacks between 2015 and 2017 that left more than 500 civilians and security personnel dead, Turkey launched cross-border military operations into Syria and northern Iraq against Kurdish militants, while also cracking down on Kurdish politicians, journalists and activists at home.

“In nearly six years, we have not experienced a serious terrorist incident like the one we experienced yesterday evening in Istanbul. We are ashamed in front of our nation in this regard,” Soylu said.

Turkey’s media watchdog imposed restrictions on reporting on Sunday’s explosion — a move that bans the use of close-up videos and photos of the blast and its aftermath. 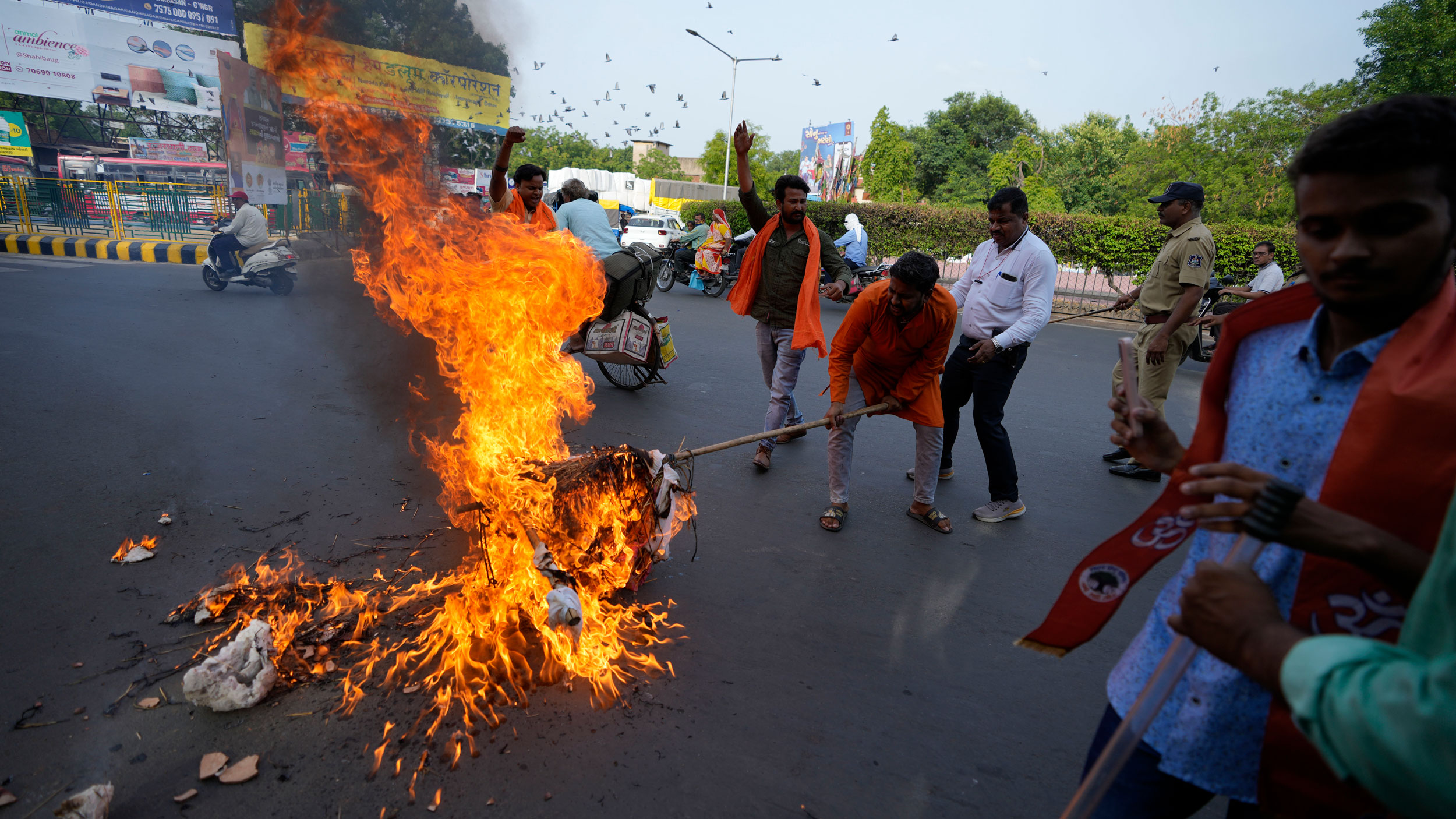 'India is a tinderbox': Religious tensions come to a boiling point after brutal murder of Hindu tailor 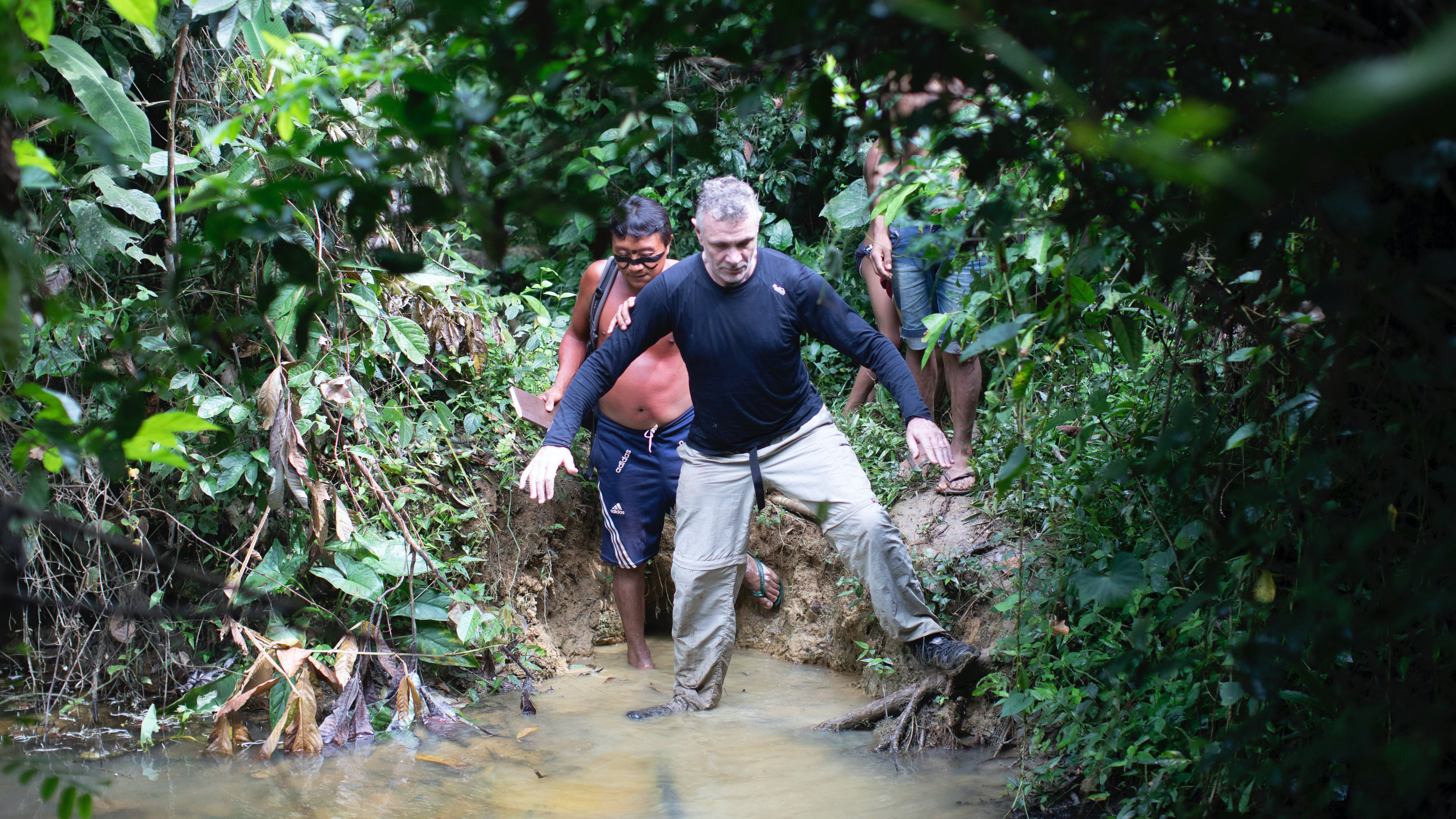 'We still have a little hope of finding them': A journalist and anthropologist working in the Amazon have gone missing 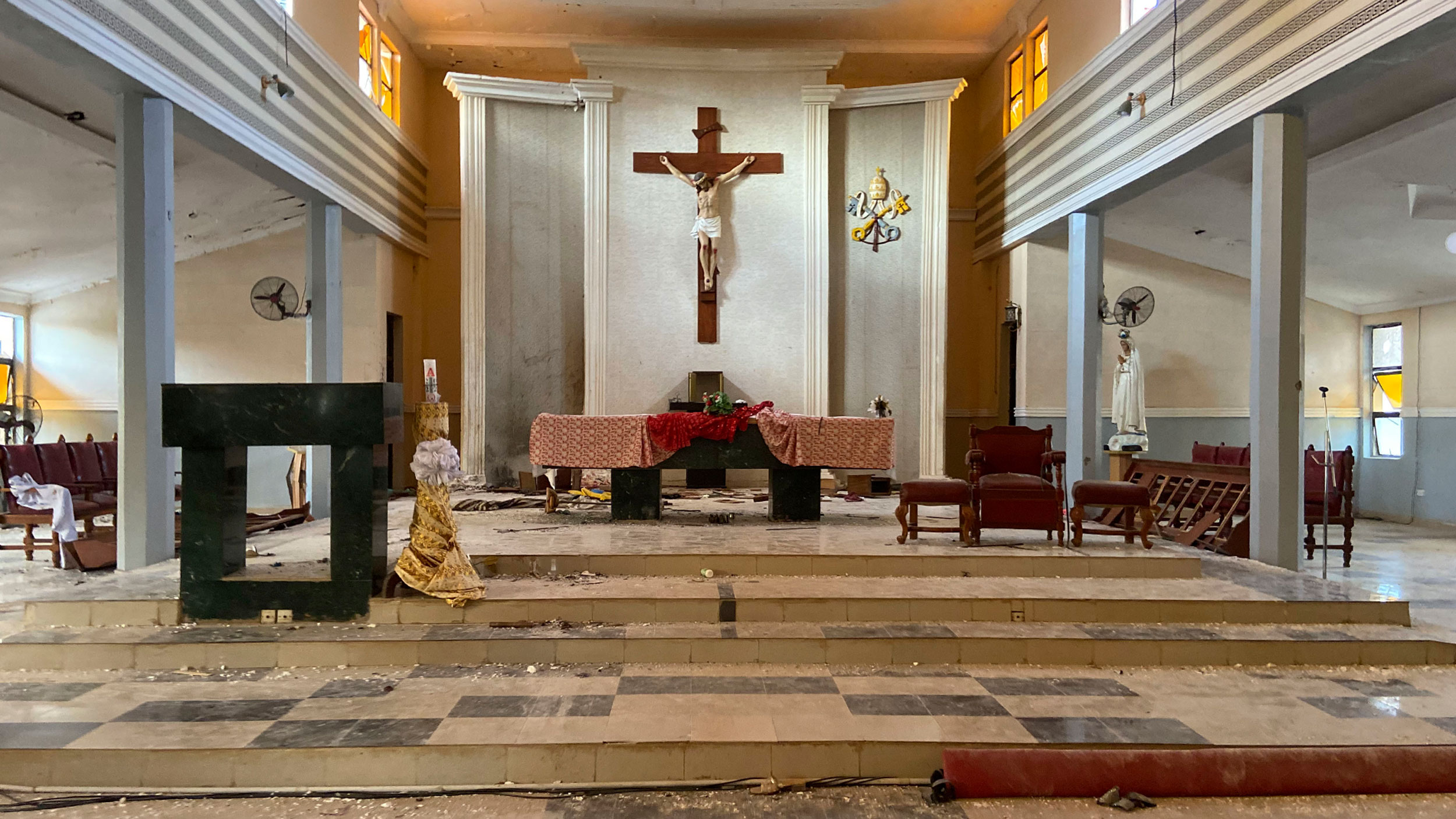 Gunmen at Nigeria church shot from both inside and outside 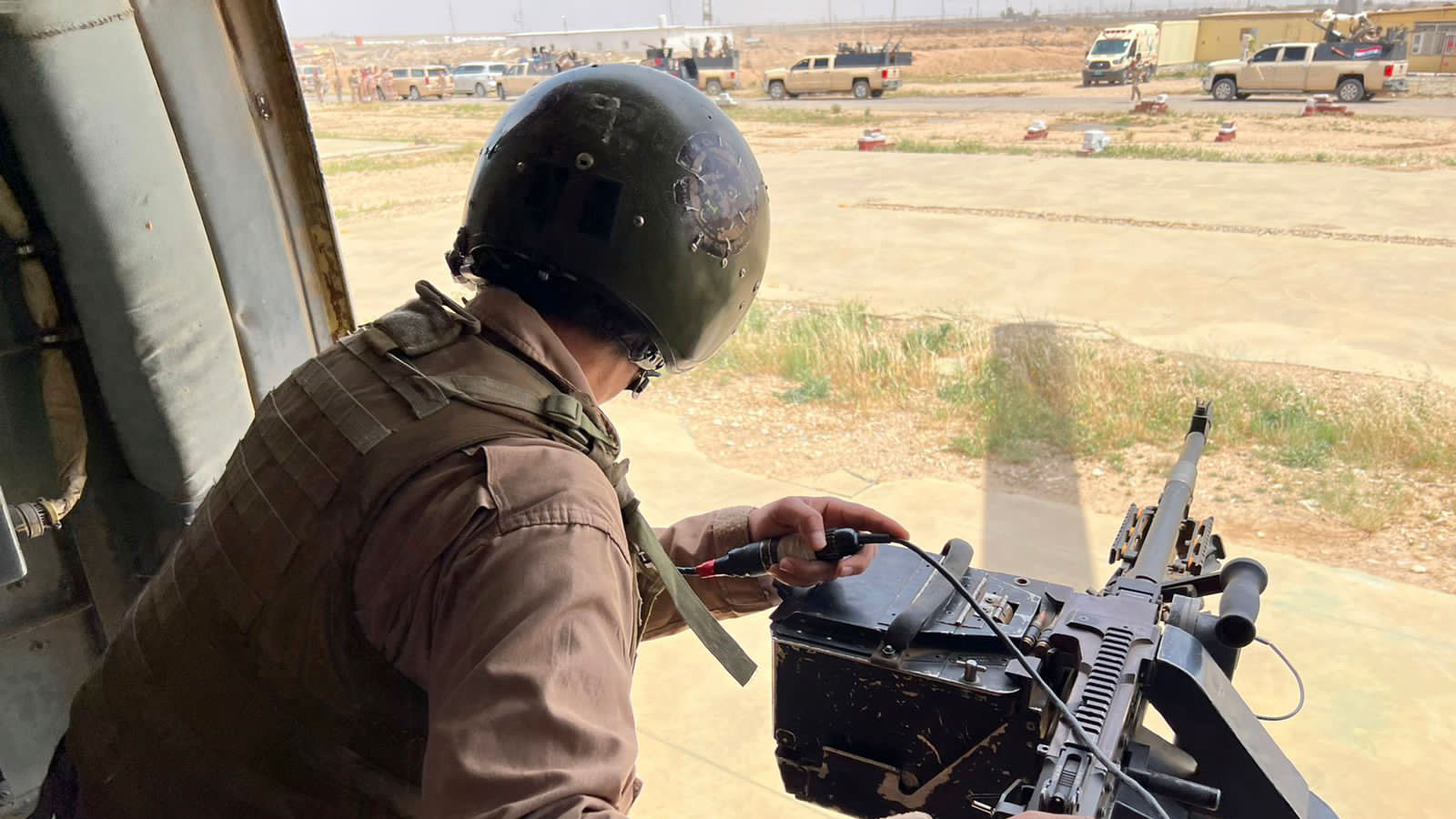 « War in Ukraine spurs new bonds between historians of shared Soviet past (Previous Post)
(Next Post) A Pakistani family sees firsthand the effects of climate change, as negotiators at COP27 battle over how to pay for them »