The Polish government has steadily been demolishing dozens of Soviet-era monuments ever since the Russian invasion of Ukraine. But many Polish citizens believe preserving their country's complicated history is important.

A view of Soviet monuments at the Warsaw's Soviet cemetery in Warsaw, Poland, Oct. 8, 2022.

Pawel Lesnikowski, on a recent afternoon stroll at the Soviet Military Cemetery near central Warsaw, caught himself staring up at a giant obelisk.

“I don’t like that it’s here,” Lesnikowski, a 41-year-old software developer, confessed about the 1950-built obelisk that’s part of a larger memorial dedicated to 20,000 Russian Red Army soldiers who fought in World War II. 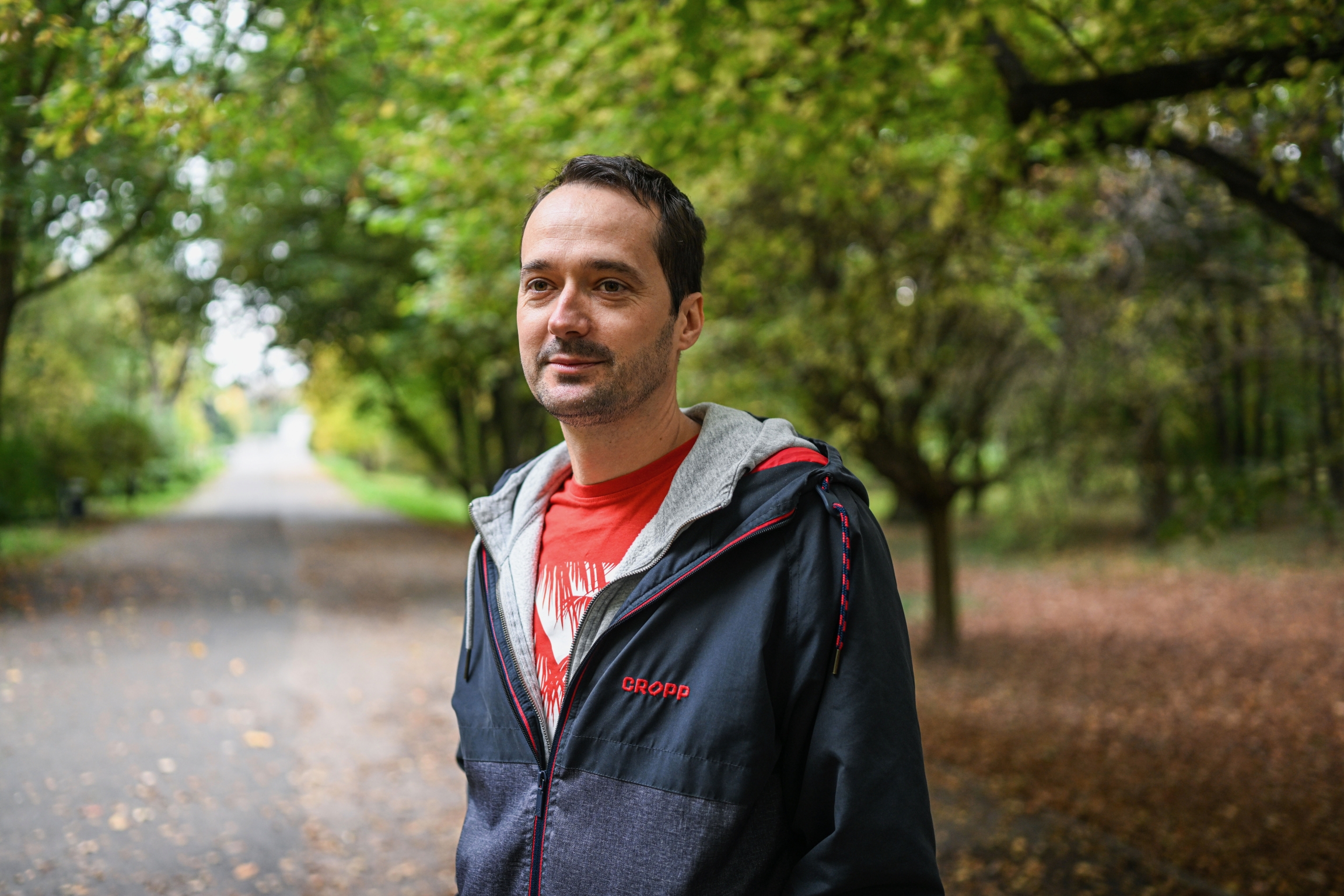 Pawel Lesnikowski, 41, a software developer, poses for a portrait next to the Warsaw's Soviet cemetery in Warsaw, Poland, Oct. 8, 2022.

Lesnikowski isn’t alone in his sentiments. The Polish government has steadily been demolishing dozens of Soviet-era monuments ever since the Russian invasion of Ukraine. But many Polish citizens believe preserving their country's complicated history is important. 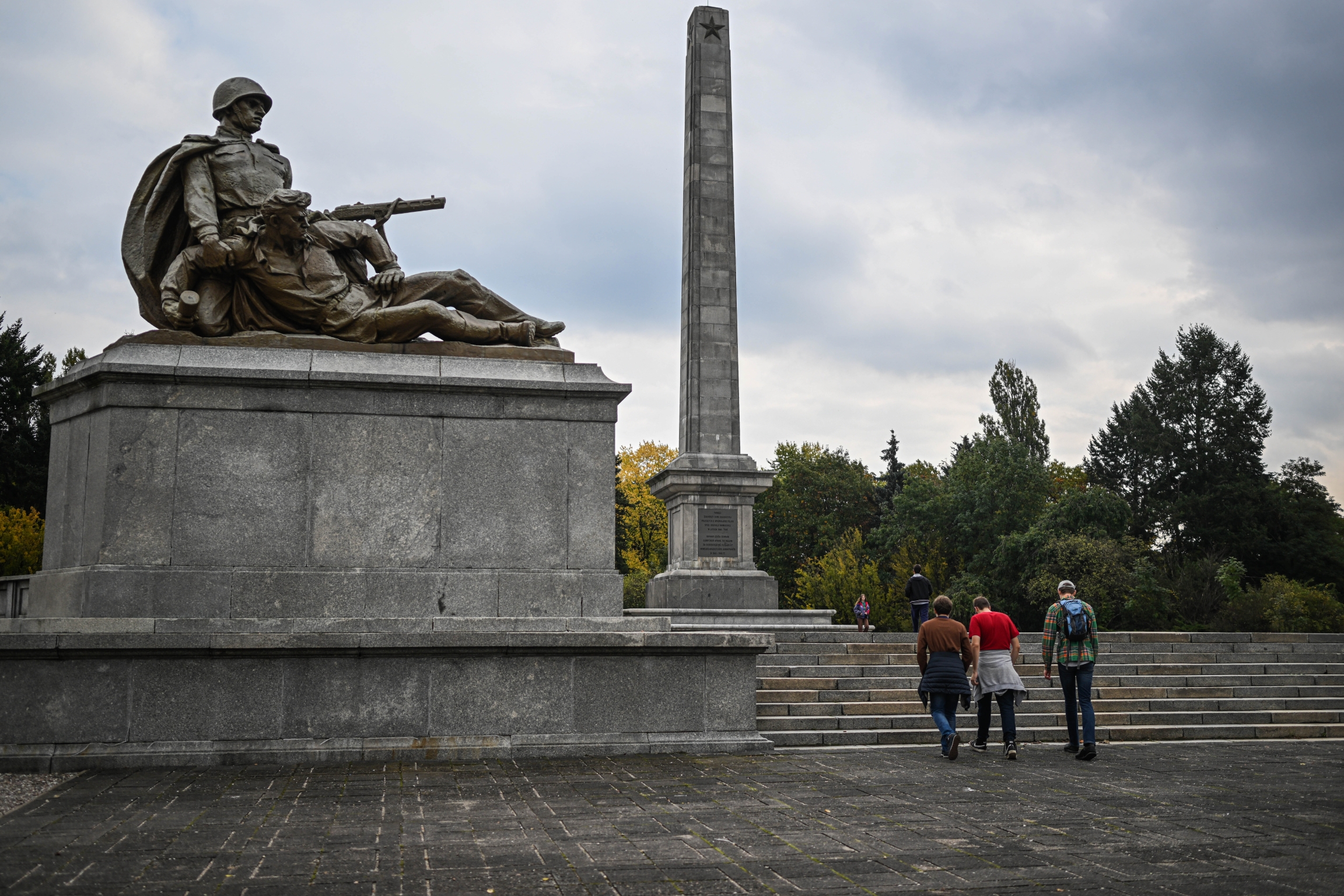 People walk past the Soviet monuments at the Warsaw's Soviet cemetery in Warsaw, Poland, Oct. 8, 2022.

On the one hand, the Soviet Union liberated Poland from the Nazi regime. But with that liberation came a new era under communist rule.

“‘[The] official narration was that [the Soviets] gave us freedom,” said Rafal Leskiewicz, a spokesperson at the Institute of National Remembrance (IPN), a historical organization run by the Polish government.

“But it wasn't freedom. We were under surveillance and under totalitarian regime control.”

In 2016, Poland’s far-right government passed a law ordering the demolition of any remaining Soviet-era monuments as part of an effort to “decommunize” Poland (which shed communist rule in 1989), with the exception of cemeteries or war graves.

But a lot of towns didn’t have enough money to fund the demolitions. That is, until this past March, when IPN started providing financial aid — thanks to a renewed push to speed things up after Russia's invasion of Ukraine.

“We said if even now in the 21st century — in 2022 — we are still seeing Soviet symbols in the public sphere, it means that the totalitarian regime is still alive,” Leskiewicz said.

Since March, the IPN has helped oversee the demolitions of more than 20 monuments, mostly in small towns across the country.

The demolition of a giant concrete Red Army memorial in the southwest town of Brzeg in August marked the 24th destruction of this year.

But some people still have mixed feelings.

“It’s a part of history,” said Martin Dzienniak, who comes to the Soviet Military Cemetery in Warsaw every day to walk his dog. “Let it stay as it is.” 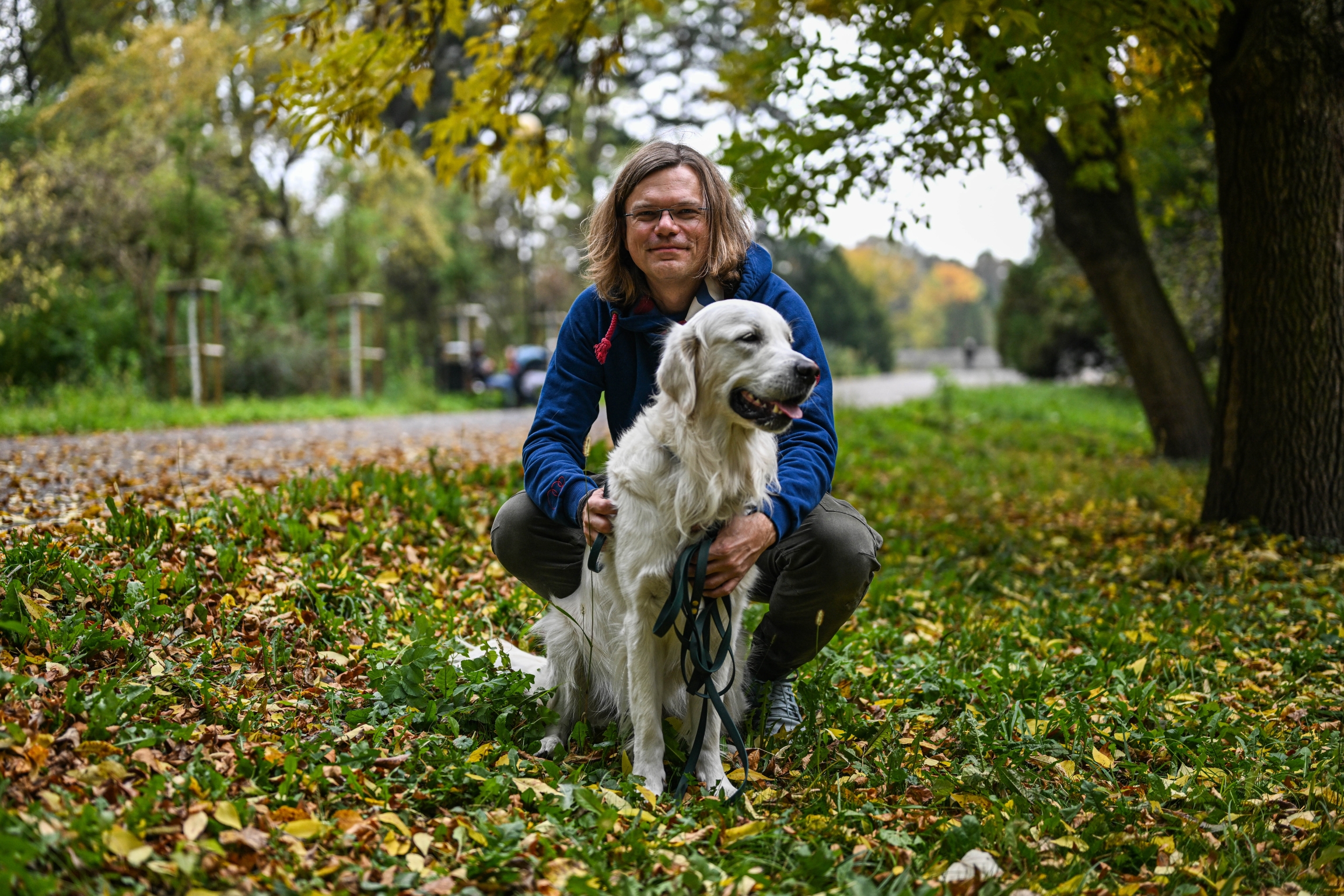 Martin Dzienniak, 44, CTO Cloud Service Provider, poses for a portrait next to the Warsaw's Soviet cemetery in Warsaw, Poland, Oct. 8, 2022.

While the cemetery remains exempt from demolition, one site that is not protected happens to also be the tallest building in all of Poland.

The 650-foot tall Palace of Culture and Science, gifted by Josef Stalin in 1955, sticks out in central Warsaw.

Today, the building is used as an exhibition center and art space, and includes a cinema, two museums and an auditorium that can seat 3,000 people.

Still, Leskiewicz said it’s on his list of buildings that must go.

“This is the symbol of Warsaw, but generally, it's also a symbol of perpetrators,” Leskiewicz said. 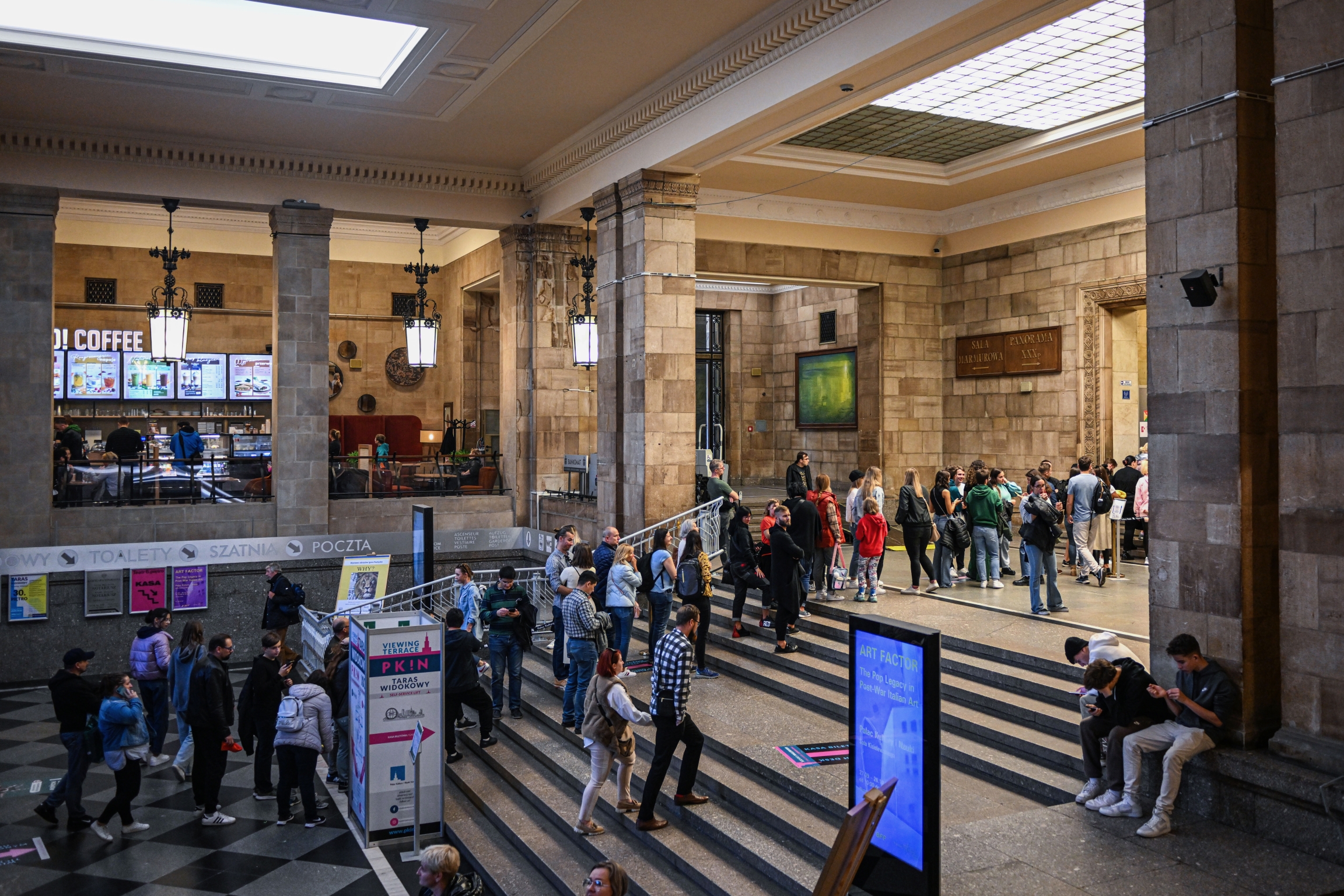 People line up to enter a museum inside the Palace of Culture and Science in Warsaw, Poland, Oct. 8, 2022.

While there’s no official plans to destroy the palace, it’s been a topic of debate for a long time.

But the young crowds gathered on the outside promenade on a recent Saturday afternoon call the debate nonsense.

“The palace is the most important place in Warsaw,” said Dariusz Wiater, speaking from the terrace bar. 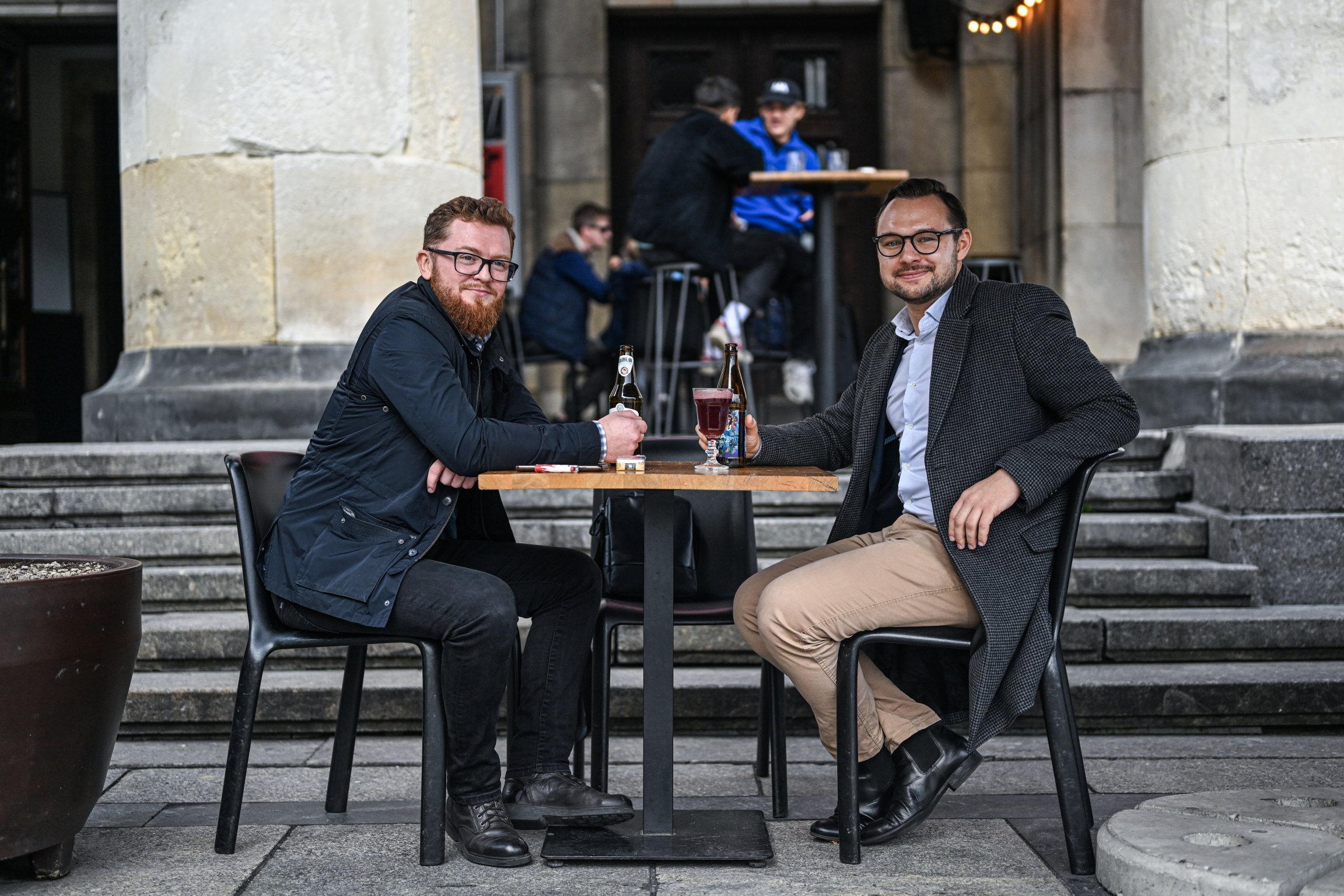 Dariusz Wiater and Tomasz Katana pose for a portrait as they enjoy a drink at the Palace of Culture and Science in Warsaw, Poland, on Oct. 8, 2022.

“I don’t feel any association between [the palace] and Russia.”

Luigi Erbacci, an Italian architect living in Warsaw, said that associations aside, historical heritage is something to be preserved no matter the context.

“We can always learn something from history,” Erbacci said as he admired the palace’s facade from the outside steps. 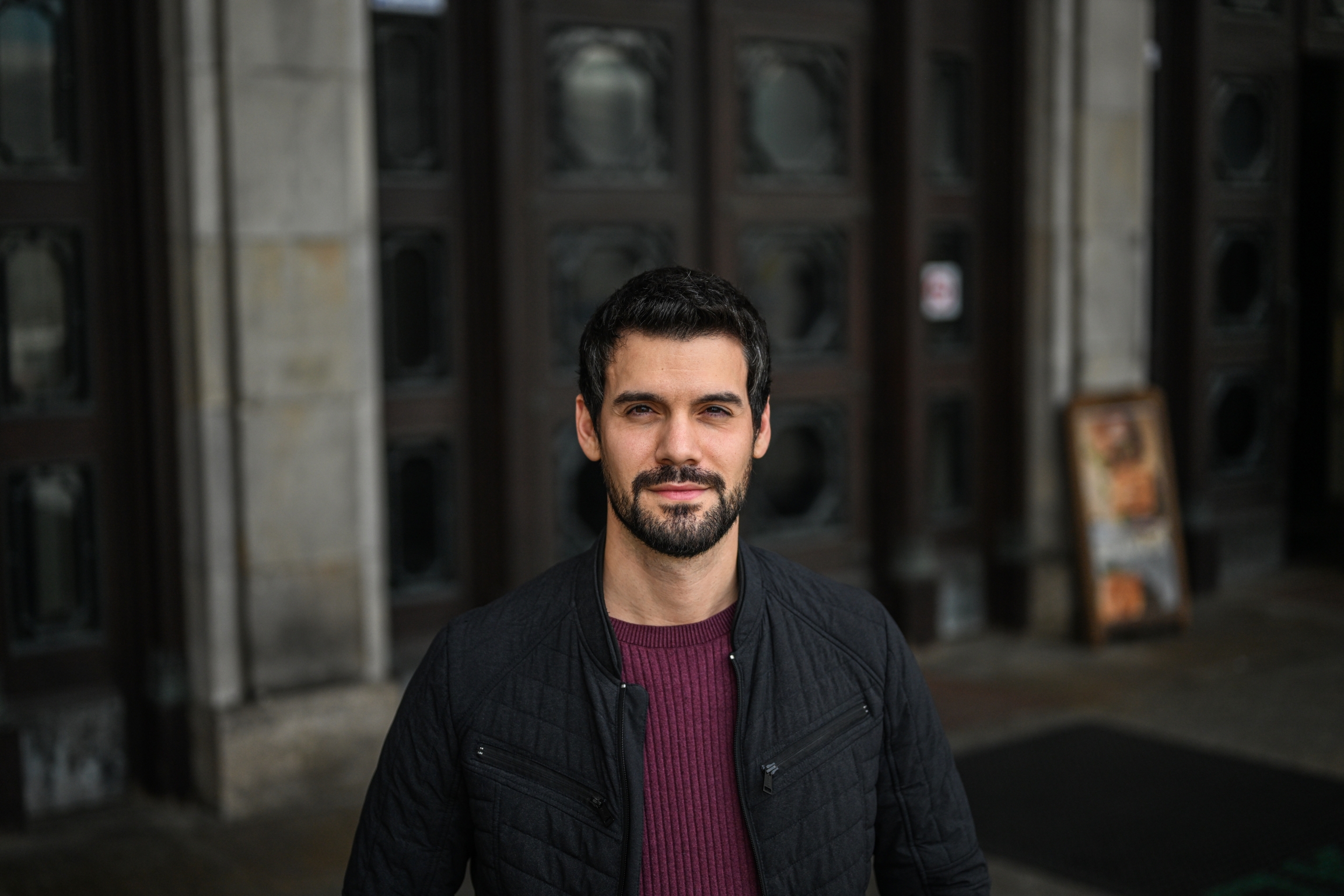 Architect Luigi Erbacci, 34 from Italy's Bologna region, poses for a portrait at the Palace of Culture and Science in Warsaw, Poland, on Oct. 8, 2022.

Erbacci said that when it comes to these demolitions, the Polish government is missing an opportunity.

“They’re thinking with their hearts instead of their minds,” Erbacci said.

“It’s one thing to just follow whatever your heart is telling you, but if [the government] would think with a bit more logic, I think they’d find the answer would be to preserve what happened rather than destroy history.”

Keeping reminders of the darker side of history — that isn’t easy. But a bulldozer can’t erase the past, Erbacci said.

So, why not confront it? 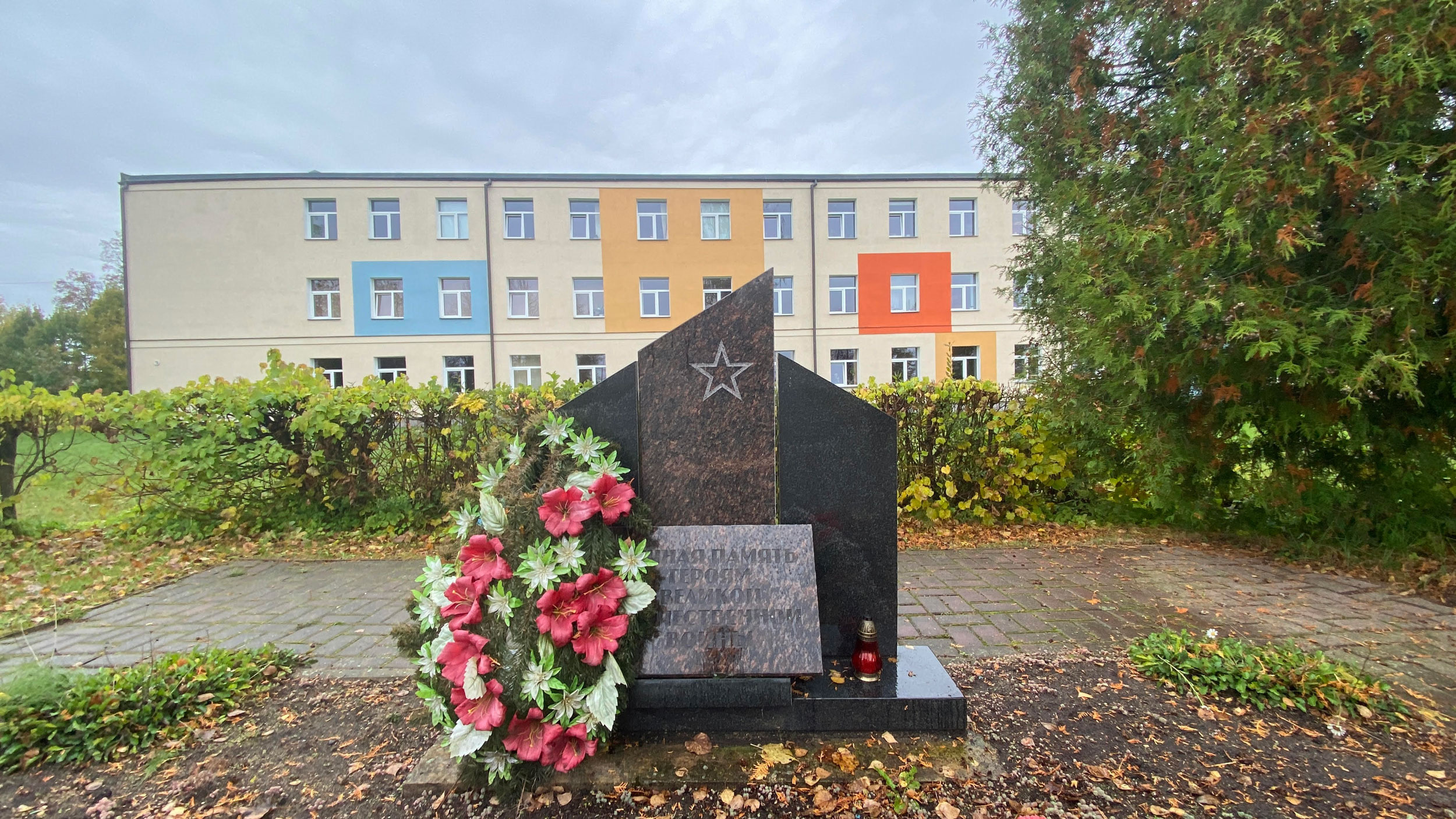