‘We are forced to be bank robbers,’ desperate Lebanese citizens say amid financial crisis

Banks in Lebanon have partially reopened this week after the government had ordered them to be shut down. The closures were prompted by a spat of bank heists conducted by people whose savings have been stuck in banking system.

A Lebanese policeman stands guard next to a bank window that was broken by depositors to exit the bank after attacking it trying to get their money, in Beirut, Lebanon, Sept. 14, 2022.

But on Sept.14, that’s exactly what she did.

Hafiz walked into her bank in the Lebanese capital Beirut, waved a gun in the air and demanded $20,000.

The whole incident was live-streamed online. And it’s not a one-off. There were at least eight similar incidents by other bank customers the same week, according to media reports.

Bank heists have become common in Lebanon amid the country’s economic crisis, and people have started using them to demand their own savings frozen by the financial system. 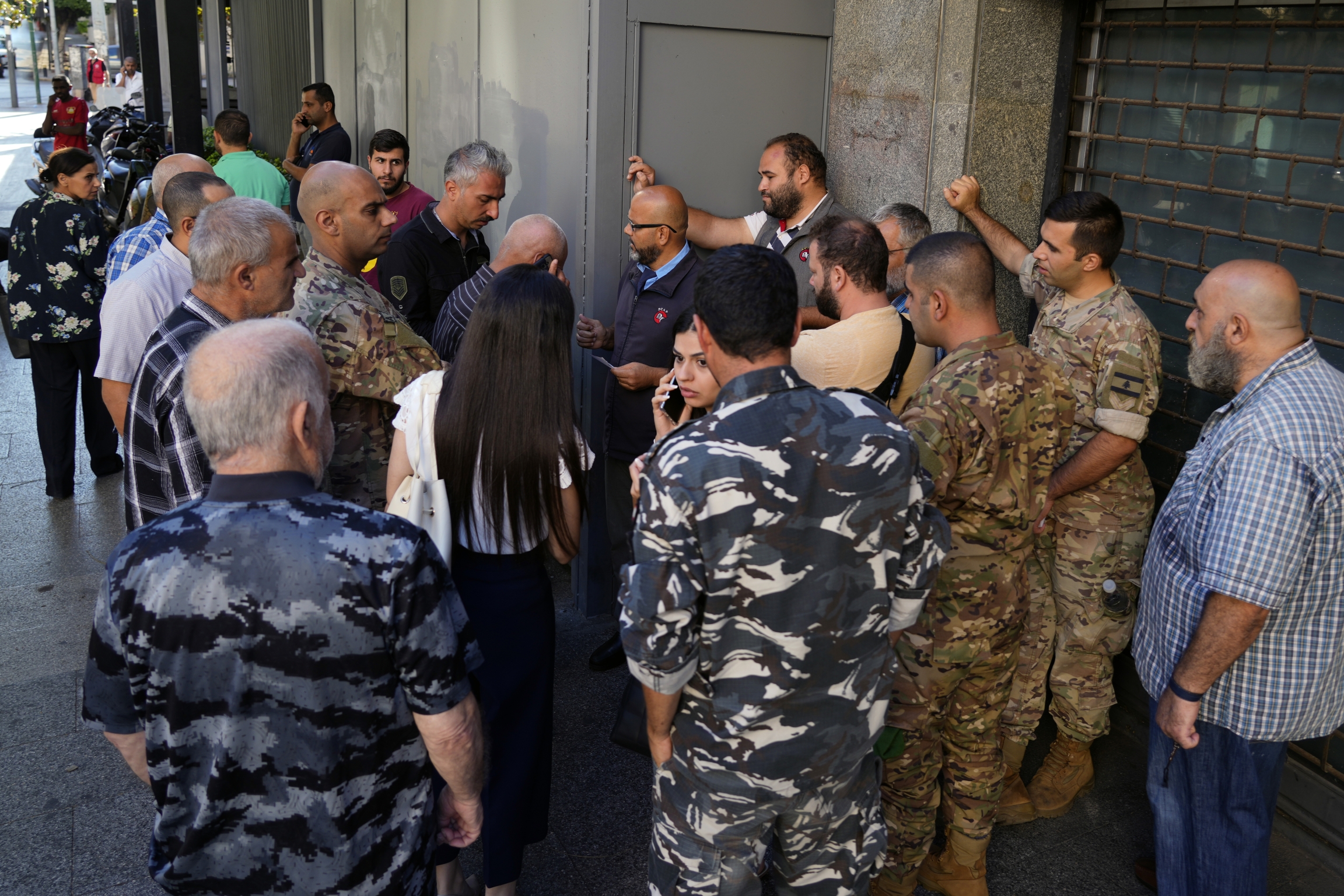 People waiting outside a Fransabank branch to withdraw money, in Beirut, Lebanon, Sept. 26, 2022.

The government finally ordered all the nation’s banks to be shut down, and only partially reopened them this week. The Association of Banks in Lebanon said that they would reopen in a limited capacity to businesses, educational institutions and hospitals. Many banks have also now hired security guards, according to Naharnet news website.

Reached over WhatsApp at an undisclosed location in Lebanon, Sali Hafiz said she doesn’t consider herself a criminal for what she did. And she even had to adopt a persona to be able to go through with the plan.

“In my mind, I pretended I was a character in a movie,” she said.

After a few tense minutes, bank employees scrambled to give her handfuls of cash, and Hafiz walked out with $13,000.

In the end, no one was hurt and the gun Hafiz used turned out to be a toy that belonged to her nephew.

But the anger continues across the country.

“What we’re witnessing in Lebanon is just a symptom of the economic violence that has been enforced on the people for decades.”

“What we’re witnessing in Lebanon is just a symptom of the economic violence that has been enforced on the people for decades,” said Hussein Cheaito, an economist with the Tahrir Institute.

Since 2019, he said, Lebanon’s currency has lost 90% of its value. Foreign investment mostly dried up and many depositors withdrew their money from the banks. This led to a shortage of foreign currency, including US dollars. In response, the banks set a limit on how much customers could withdraw — between $200 and $400 dollars a month, depending on the bank, Cheaito said.

Customers can also exchange their dollars for Lebanese pounds at a much lower rate. 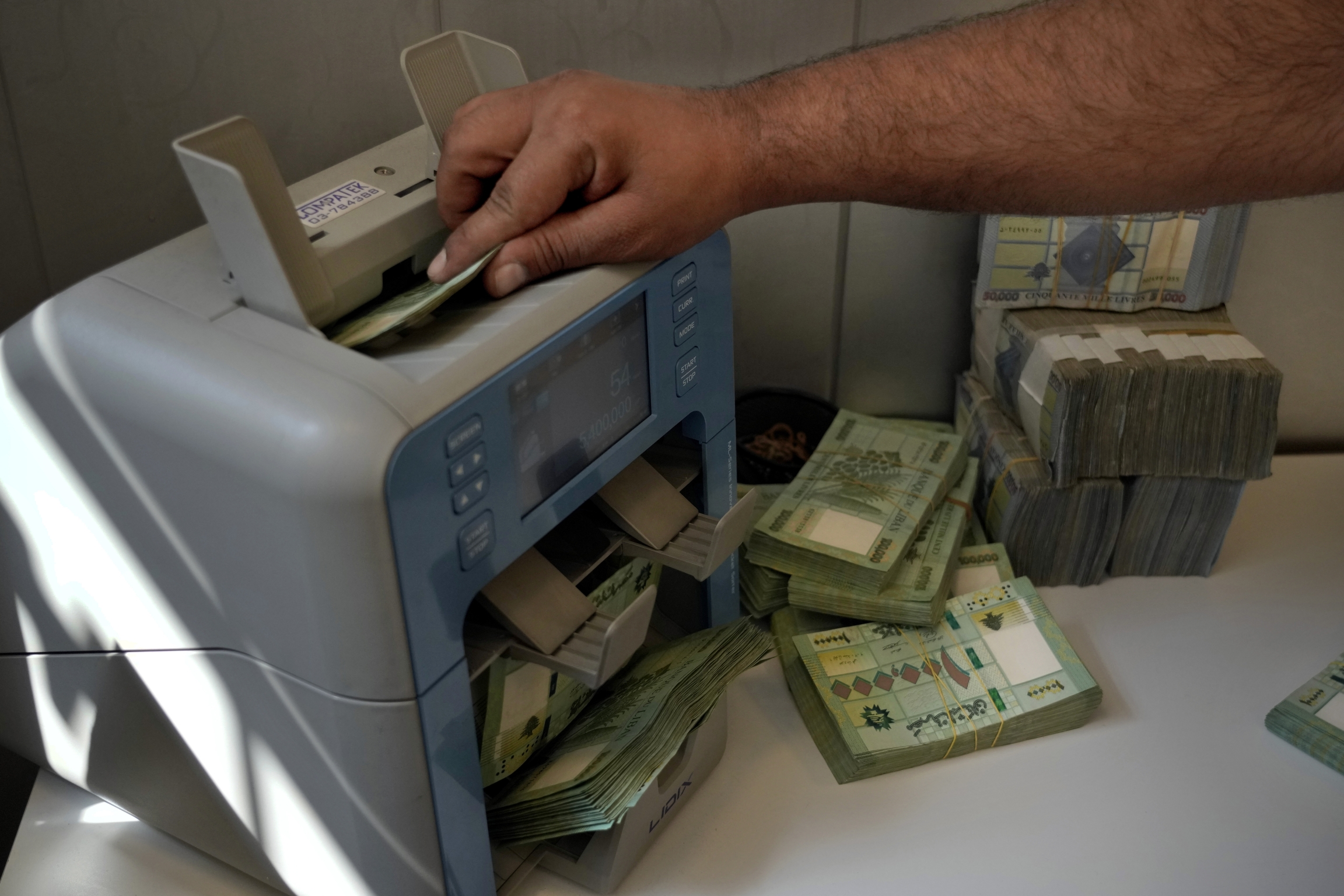 “So, these heists are just, in a way, an expression of hopelessness really, because there are no other channels for people to regain access to their savings,” Cheaito explained.

Hafiz, who held up the bank earlier this month, said she needed the money for her sister’s cancer treatment.

She was in hiding when she spoke with The World.

Samia Sibaii, who works with an advocacy group called “The Depositors Outcry Association,” said there are many people like Hafiz in Lebanon who can’t withdraw their savings for emergency needs.

“Depositors in Lebanon are around 2 million,” she said.

Sibaii, a math teacher, said all her own inheritance money is frozen in a bank.

“I’m facing many problems. Like, I couldn’t pay for my son’s university fees. Then he stopped studying for about six months,” she said.

She went on to add that for the last three years, her advocacy group has tried everything from filing multiple lawsuits to protesting in the streets to pleading face-to-face with the president and the prime minister.

“Nobody, nobody in this whole country is willing to give solutions,” Sibaii said. 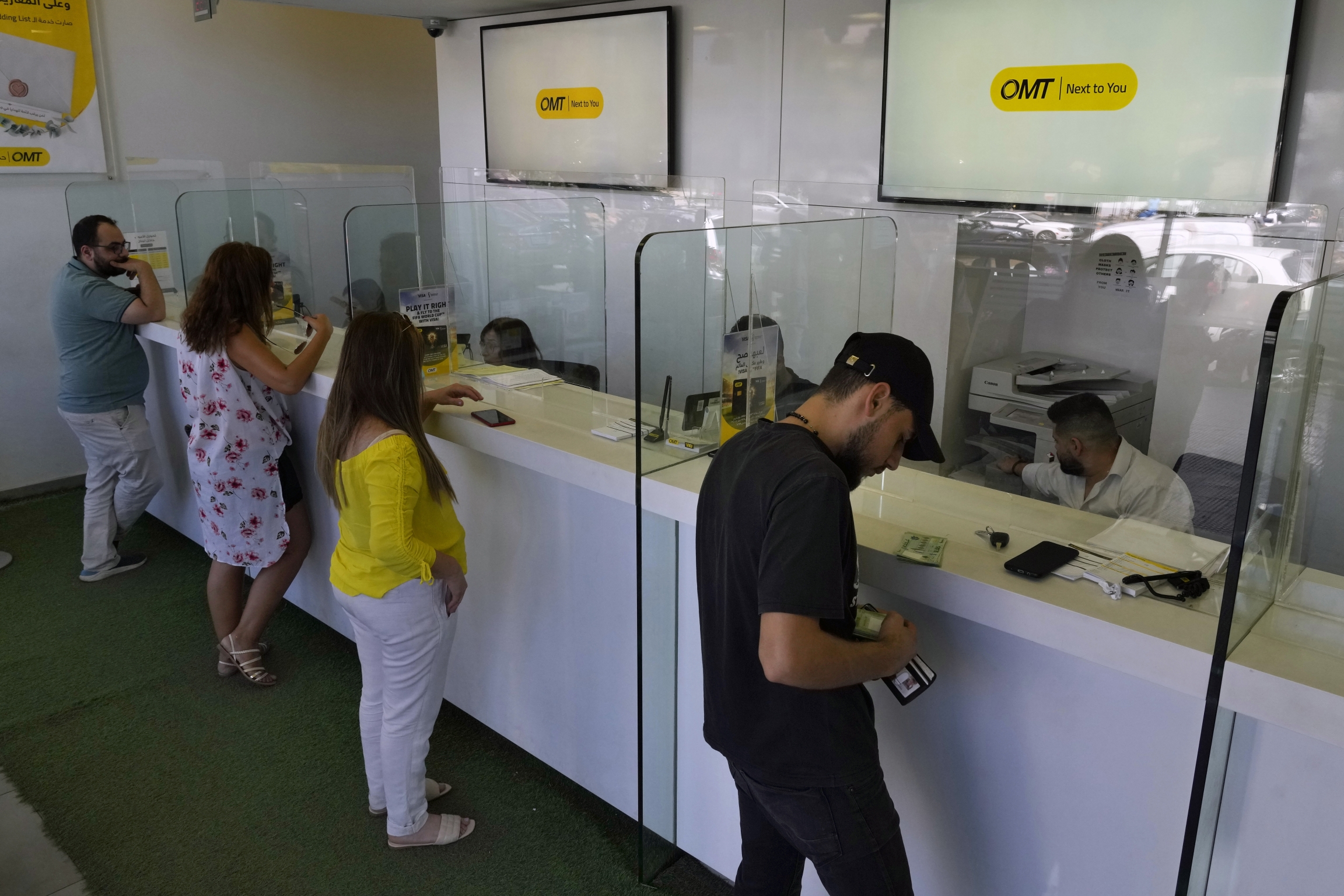 People stand inside the money transfer offices of Western Union and OMT in Beirut, Lebanon, Sept. 22, 2022.

These multiple bank heists in Lebanon might be surprising to those living outside the country, said 45-year-old Ibrahim Abdallah.

Abdallah has been protesting in front of banks for months, he said. He has about $3 million that he can’t take out. It’s his savings from 16 years of working in Dubai as a sales manager for a real estate developer.

Abdallah returned to Lebanon to be closer to his parents who are in their 70s and 80s. He also wanted to study for an MBA. Instead, he said, his life is consumed with figuring out how to get back his own money.

“They are forcing us now to become part of attacking banks,” he said. “It’s not our nature. It’s not us.”

Related: ‘We live paycheck to paycheck’: Workers at a paper factory in Beirut worry about making ends meet in a dire economy

« The Italian job: Part I (Previous Post)
(Next Post) No contradiction in supporting protesters while pursuing nuclear deal with Iran, US special envoy says »