‘We’re all the same’: Taiwanese stand in solidarity with Chinese ‘white paper protests’

In China, protests have declined after the loosening of some COVID-19 restrictions. Some Taiwanese continue to support what they call the "A4 revolution," or "white paper protests," in China.

Protesters in Taipei, Taiwan, showed up at a rally on Sunday to express support for China's A4 movement.

Visible protests in China have declined after crackdowns and the loosening of some COVID-19 restrictions.

But in nearby Taiwan, many are still standing in support of what’s been called the "A4 revolution" — or "white paper protests" — named for the size of the blank sheets of printer paper that protesters held up at demonstrations in China.

Lawmakers from both of Taiwan’s largest parties have voiced support for the movement.

“We’re all the same. What we’re protecting and striving for is a free system. This is a clash of systems between democracy and authoritarianism. If we don’t stand up today, then we might be next,” Su Chiao-hui, a legislator with Taiwan’s ruling Democratic Progressive Party, said at a press conference last week.

Vigils for the victims of the Urumqi fire in northwestern China’s Xinjiang region — whose rescue, critics say, was hindered by the country’s harsh COVID-19 controls —as well as solidarity events with the A4 movement have been springing up across Taiwan. 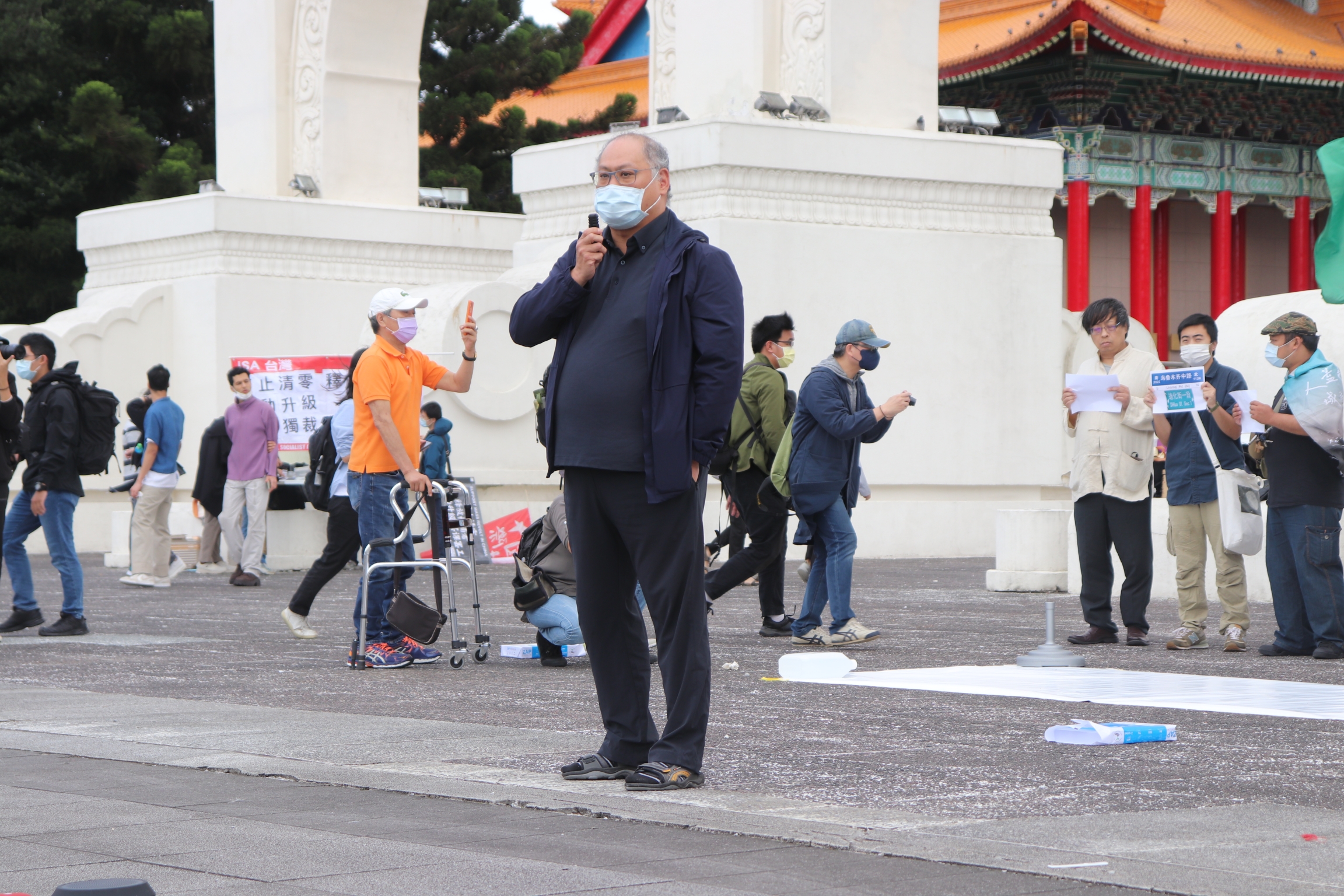 Taiwanese activist Lee Ming-che, who spent five years locked up in China, speaks at a solidarity event for the #A4Revolution in Taipei, Taiwan, on Sunday.

One of the first to speak was Lee Ming-che, a Taiwanese nongovernmental organization worker who spent five years locked up in China until his release this past April, after sharing information about Taiwan’s democracy with Chinese people.

“When there’s a democratic movement by the people of another country to resist authoritarianism, as a human being, you should support it,” Lee said. “In this case, the country is so close to us and claims every day that it will invade Taiwan by force. After being imprisoned in China for five years, I’m deeply convinced that China’s laws are not designed to protect the rights and interests of the people, but to protect the will of the ruler.”

Vivian Chen is a 22-year-old student at National Taiwan University. She’s been to many of these events, and said that she’s surprised to see Taiwanese people who don’t often agree on important issues coming together.

“Some [attend because they] believe they are Chinese, and it’s also Chinese people suffering,” Chen said. “But I also see a lot of people, especially from younger generations; we think Taiwan is an independent country. However, human rights is a universal value. So, we come together.” 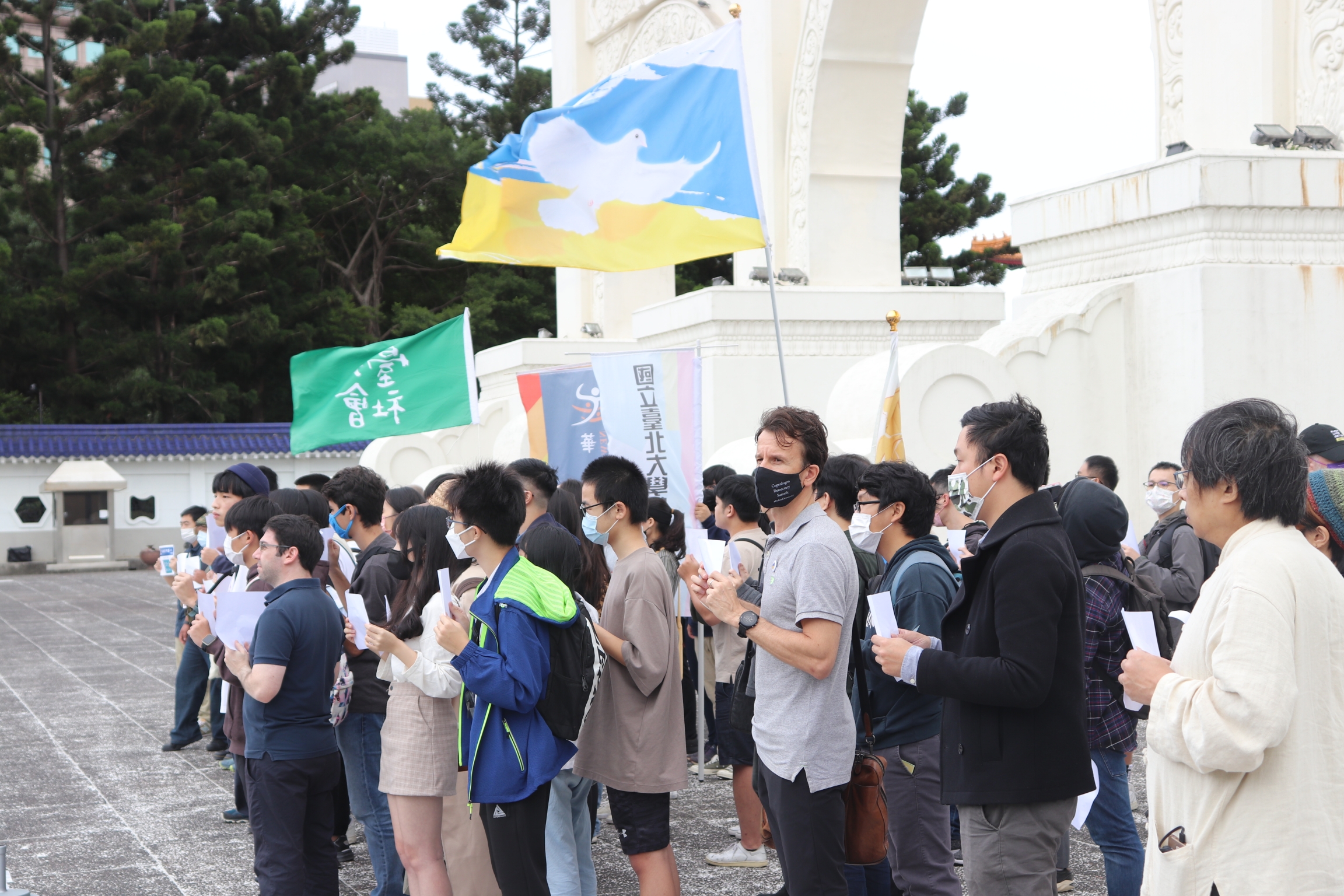 Dozens of protesters gathered at Liberty Square Arch in Taipei, Taiwan, on Sunday to voice their support for the protests in China.

Chen said that some Taiwanese people are surprised to see people from mainland China speak up for human rights and support Taiwan’s sovereignty. Chen has been thinking about one Chinese student who said many young people in China support progressive social movements in Taiwan and Hong Kong.

“But because of the political atmosphere, they cannot say that out loud,” Chen said. “So, she hoped we can understand that not all of the Chinese young people are very hostile to Taiwan.”

Some Taiwanese young peoples’ most visible interactions with similarly aged people in China are with so-called “little pinks” — young Chinese internet users who are nationalistic and often argue with supporters of Taiwan online.

Ho Ming-sho is a sociologist at National Taiwan University. He said that Taiwanese people have long voiced their support for democracy in China, but for different reasons.

Back in 1989, when Chinese troops opened fire on protesters in Beijing’s Tiananmen Square, Taiwan was also still governed by authoritarian Chinese Nationalists, who emphasized that Chinese and Taiwanese were both one people.

“Many of the Taiwanese identified themselves as Chinese … it was seen as a tragedy of the nation, that this young aspiration for democracy had been dashed,” Ho said. “The whole ‘blood is thicker than water’ narrative was quite dominant in the early ’90s.”

The Tiananmen protests were an influence on Taiwan’s own Wild Lily movement, a crucial step in its path to democratization.

Ho said that many in the older generations still feel this connection with China. But after Taiwan democratized in the 1990s, and China remained authoritarian, Taiwan’s local identity has become stronger, with each generation identifying more as only Taiwanese.

Even so, many young Taiwanese people supported the 2019 Hong Kong protests, with some events in Taiwan attended by over a thousand people. Ho said that when he talks to young protesters, he notices them approaching these movements for different reasons. 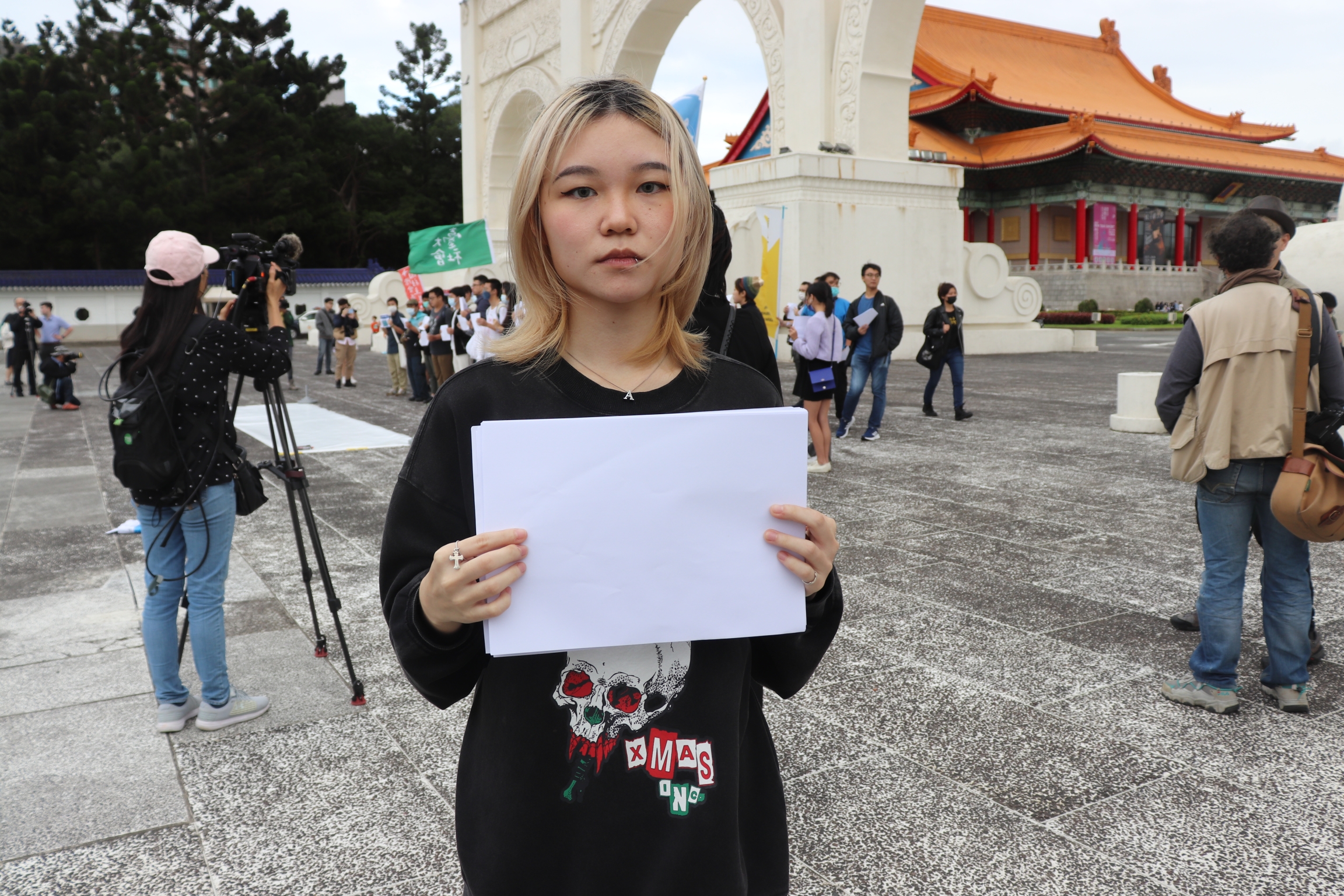 Lin Ting-yu, one of the co-organizers of the rally in Taipei, Taiwan, holds up a white A4-sized piece of paper in solidarity with protests in China on Sunday.

“There’s more emphasis on fighting against authoritarianism … we all want democracy,” Ho said. “There is no emphasis on blood, racial and ethnic ties.”

Nachman said that while these events are helping some Taiwanese people better understand Chinese perspectives, it’s doubtful these will have a big impact on developments in China itself.

That said, Taiwan still has a role to play when it comes to Chinese students here who are speaking out, Nachman said.

“I think it's incredibly brave of them to be so public about it, because even though they're in Taiwan … someone back in China is probably finding out,” Nachman said. “Something positive that the government could do is to help make sure that Chinese students who do want to stay in Taiwan have the means to do so. Especially if they are putting themselves at any sort of political risk.”

Nachman and Ho both say some more conservative corners of Taiwanese society have argued online against supporting these protests, saying that what happens in China should have nothing to do with Taiwan. Ho said, however, that these groups seem relatively small.

For now, many in Taiwan are paying very close attention to further developments.