​​​​​​​Nearly half of the country’s small businesses closed when the war began. Now, many Ukrainians are returning home, and businesses are reopening. But they’re faced with serious financial challenges, among other concerns.

Illona Kocharyan and her husband shuttered Finik Family, their boutique dry goods store in Kyiv, Ukraine, when war broke out. They reopened it on May 30.

Illona Kocharyan and her husband shuttered their boutique dry goods store in Kyiv, Ukraine, when the war broke out.

Her family waited out the war in Austria for two months before returning home in mid-May and reopening the store on May 30.

“We wanted to come home and open the shop and continue our work,” she said. “It’s difficult, yes, but we have to work and we will work every day.” 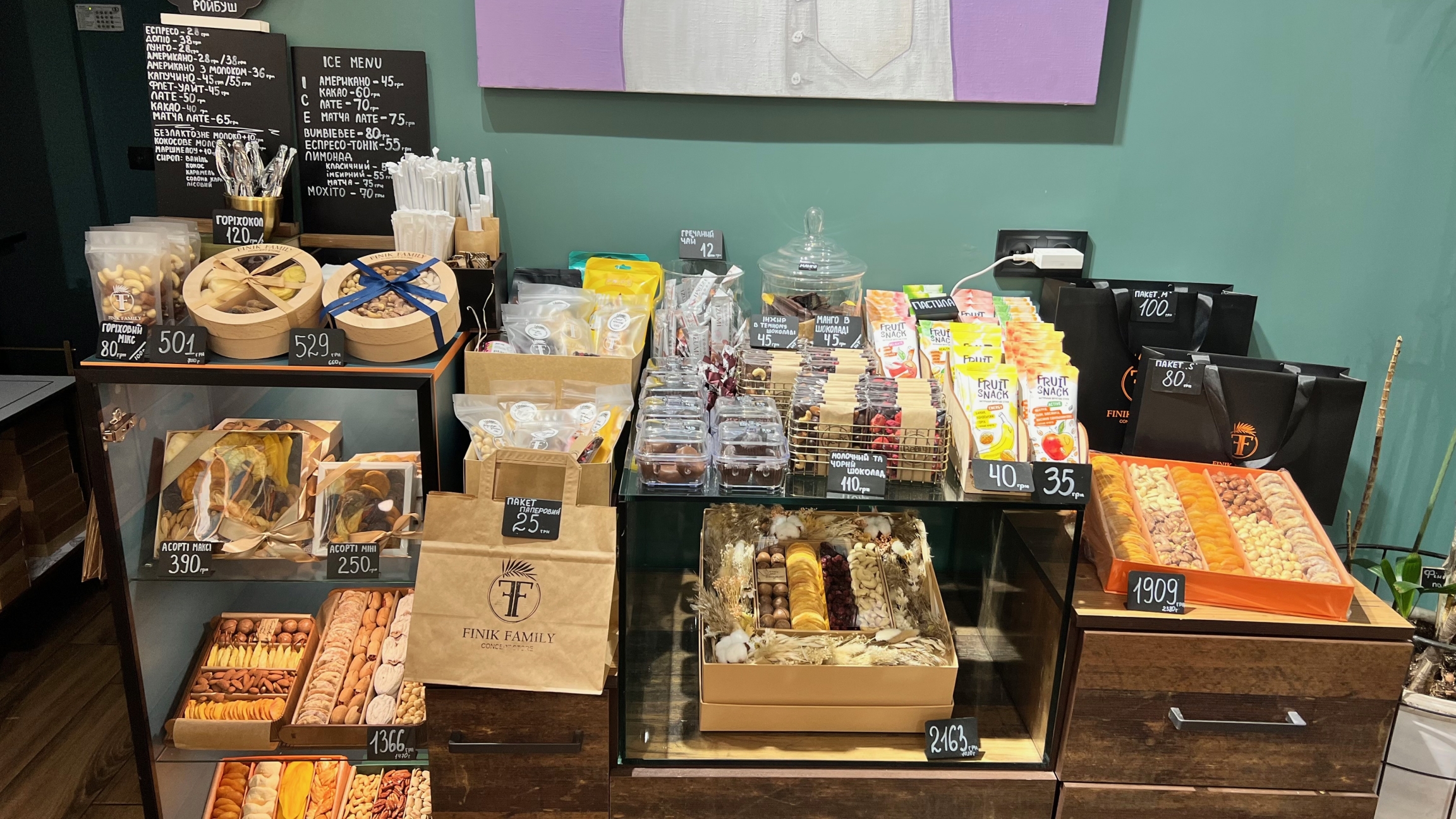 The Finik Family store in Kyiv, Ukraine, carries goods that hail from Ukraine, Armenia, the Middle East and even from as far as Hawaii.

Nearly half of the country’s small businesses closed when the war began. Now, many Ukrainians like Kocharyan are returning home, and reopening their businesses. But with the future unclear, they face some serious challenges.

Some 4.5 million Ukrainians displaced by the war have returned home, according to the International Organization on Migration.

“Some of them have exhausted all of their resources,” IOM communications officer Varvara Zhluktenko said. “Also, if the security situation is much better, it also facilitates return.”

However, over 60% of returnees are without income since the war began and more than a third of the returnees say that they feel unsafe, according to IOM.

This uncertainty is acutely felt by the small business community, which depends on stability and spending customers, said Oksana Myronko, a spokeswoman for the European Business Association, a Kyiv-based nonprofit organization.

“The best thing that could happen for small businesses in Ukraine is for the war to end,” Myronko said.

Ukraine’s once-vibrant small business environment has been decimated by the war. In March, 42% of the country’s small businesses had closed, according to the European Business Association.

By May, about a quarter were able to reopen, but the instability makes it hard to predict their long-term success.

“It’s really hard to predict something when you don’t understand what will be next in the country, and where the rocket will be next,” Myronko said.

And with no end to the war in sight, the financial sustainability of many of these businesses is deteriorating. 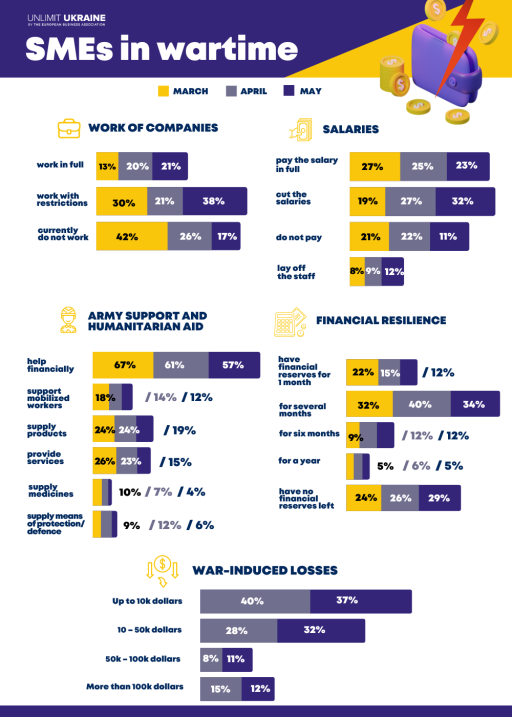 Courtesy of the European Business Association

According to EBA findings, only about 34% of all small businesses have reported that their financial resources will be enough for several months, Myronkos said. Financial confidence was 7% higher before the war began.

Few businesses have enough money to stay open for at least a year.

Finik Family is located on a leafy street near the city center in Kyiv. The inside is lined wall-to-wall with neatly designed packages of pears, figs, peaches and their signature stuffed dates. They also sell coffee and other beverages.

The store’s goods hail from Ukraine, Armenia, the Middle East and even from as far as Hawaii, Kocharyan said. 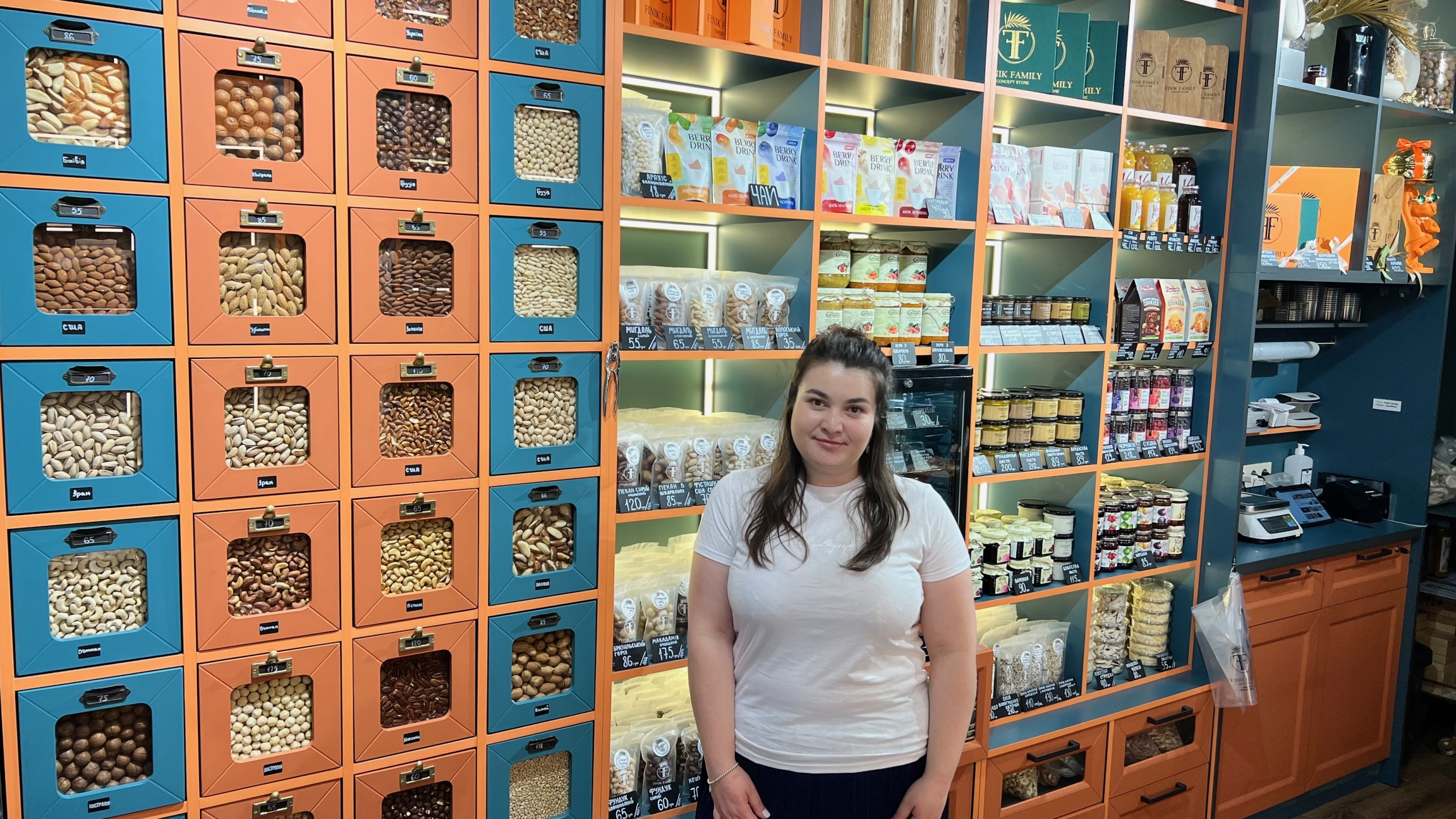 Illona Kocharyan said that after several months, she was eager to reopen her dry goods store in Kyiv, Ukraine.

Business these days isn’t bad, but it isn’t good, either, Kocharyan said.

“We’re just breaking even,” she said, noting that they’re making five times less in in-store sales than before the war, and 10 times less in online orders.

It’s enough to sustain for now, but not enough to expand, she said.

There have also been supply issues, she said, particularly with vendors in the eastern part of Ukraine, closer to the front lines. And in some cases, she said, they’ve had to lower prices.

Related: Global arms industry getting shake-up by war in Ukraine — and China and US look like winners from Russia’s stumbles 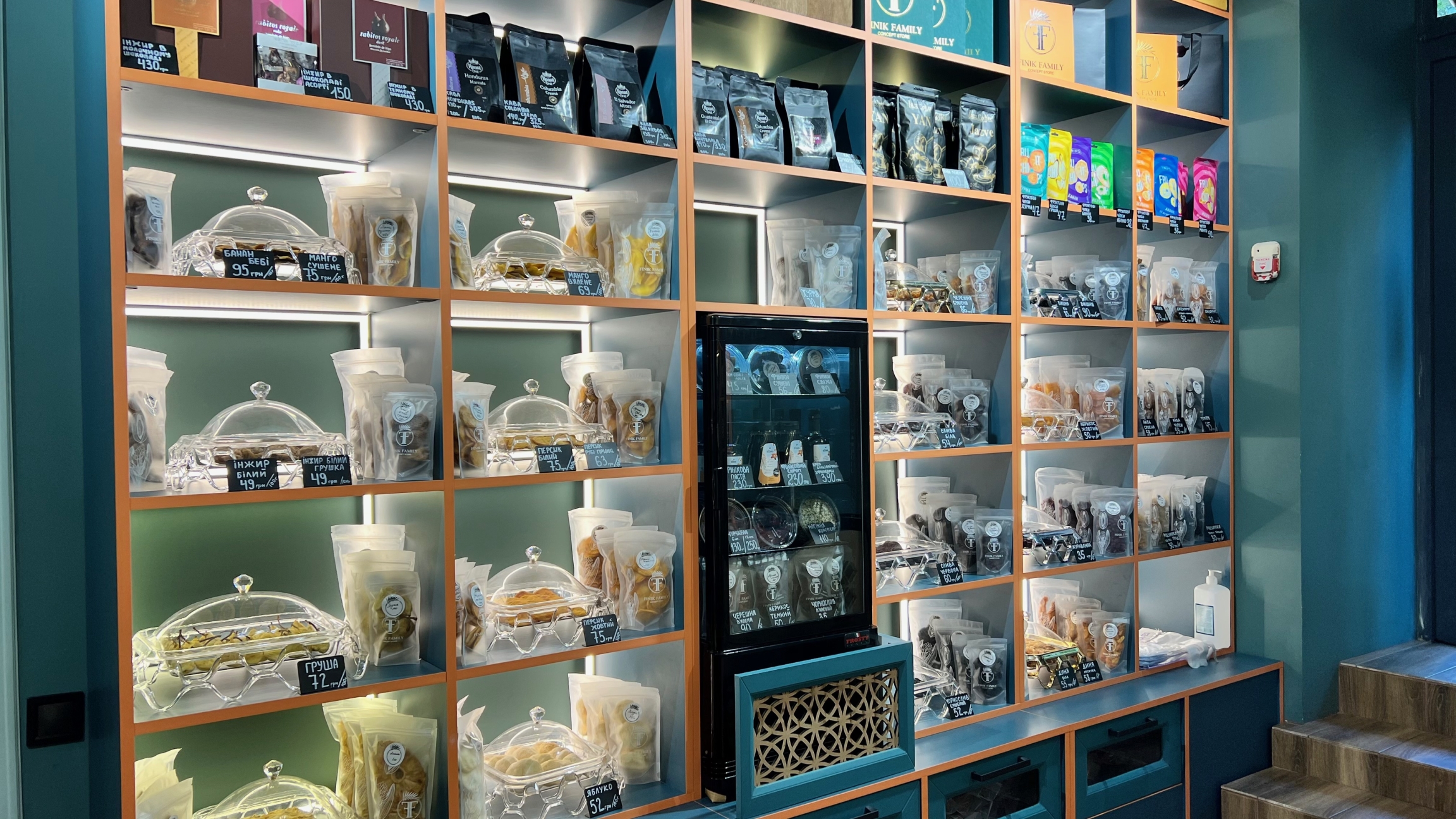 Finik Family is located on a leafy street near the city center in Kyiv, Ukraine. The inside is lined wall-to-wall with neatly designed packages of pears, figs, peaches and their signature stuffed dates. They also sell coffee and other beverages.

But Kocharyan said that they’re committed to keeping the place going, and she doesn’t want to leave Kyiv again.