​​​​​​​Pelé won a record three World Cups and became one of the most commanding sports figures of the last century.

Brazil's Pelé maneuvers the ball around Willie Evans of the Washington Darts during game in Washington, DC, Sept. 18, 1970.

Edson Arantes do Nascimento, otherwise known as Pelé, or the "king of soccer," died on Thursday. He was 82.

The standard-bearer of “the beautiful game” had undergone treatment for colon cancer since 2021. The medical center where he had been hospitalized for the last month said he died of multiple organ failure as a result of the cancer.

“Only the best soccer in the world could produce the greatest player of all time … Pelé.”

This is how an old black-and-white film reel, narrated in Portuguese, begins about Pelé’s career. It shows images of Pelé on the field, weaving past opponents, scoring, jumping into the air, the fans cheering.

During his two-decadelong career, Pelé scored nearly 1,300 goals in just over that many games — a world record. He led his team, Santos, to two world championships and helped Brazil to win the World Cup three times between 1958 and 1970. That’s unprecedented. 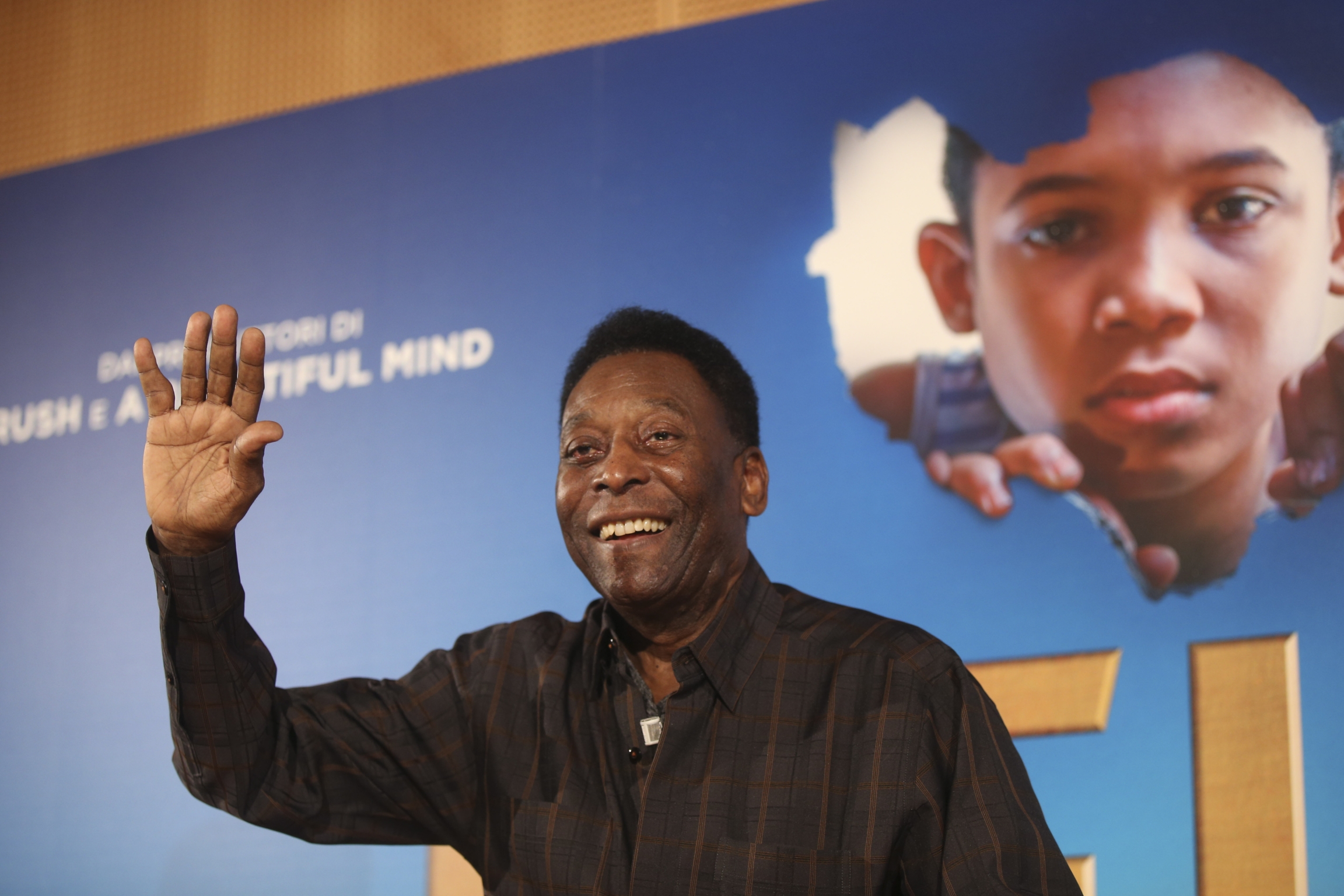 Brazilian soccer legend Edson Arantes Do Nascimiento better known as Pelé poses during a photo call for the movie "Pelé," in Milan, May 25, 2016.

“There is no question,” he said in an interview with the Brazilian outlet Opera Mundi. “Pelé was a force of nature and we will never see something like him again.”

Generations of Brazilians would agree.

Pelé’s cleats first touched the pitch for his club team, Santos, in 1956. He was a 15-year-old rising star. Brazilian soccer has never been the same.

Today, Willer Gomes is a Brazilian construction worker who lives in the United States, but like most Brazilian boys, he grew up playing soccer.

Pelé grew up poor in the Brazilian state of Sao Paulo. His father, himself a professional soccer player, taught him to play the sport.

In an interview a decade ago, Pelé said he remembered his father crying when Brazil lost the 1950 World Cup finals in Rio de Janeiro. At the time, Pelé was only 9, but he said he promised his father that when he grew up, he would win it for Brazil. He did — eight years later.

Pelé played 19 seasons with his club Santos and competed in four World Cups.

But he wasn’t just a Brazilian hero. He also transformed soccer in the United States.

In 1975, he came out of semi-retirement to join the New York Cosmos.

Jorge Siega is a Brazilian who played with Pelé on the Cosmos.

“Pelé was amazing. His ability. His speed, his strength. There's so many moves that I even dream of them today.”

Pelé's move to the United States was a huge win for US soccer. Siega said that attendance at games skyrocketed after Pele's arrival. The Cosmos went from only a few thousand spectators to sold-out crowds.

“When Pelé came over all of a sudden it was a full house. Any place that we went was always packed. You know, Pelé didn’t just conquer the Whole Cup, or whatever he played. He conquered the United States.” 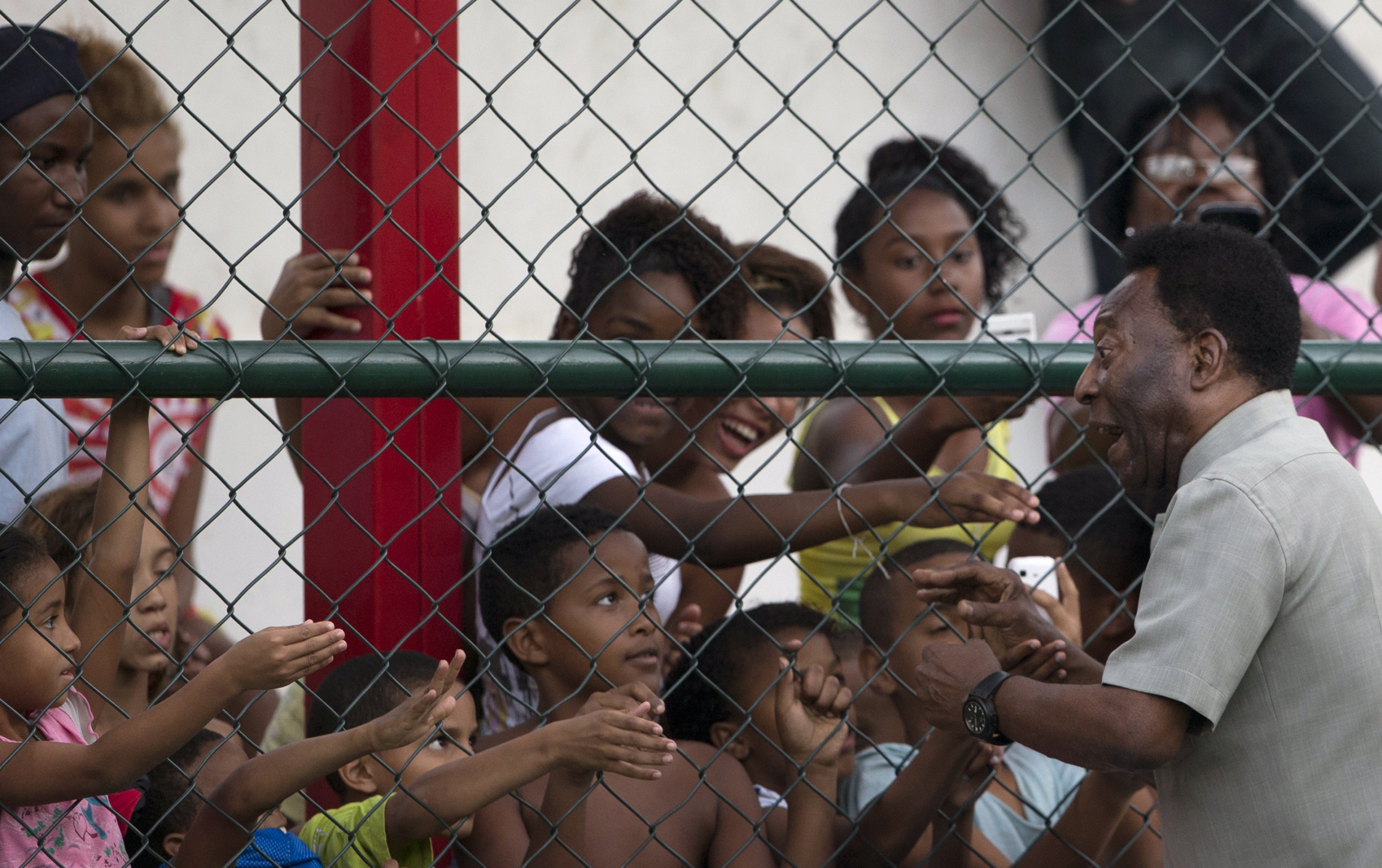 Brazilian soccer great Pelé greets children during the inauguration of a soccer pitch to be powered by player's footsteps at the Morro da Mineira favela, in Rio de Janeiro, Brazil, Sept. 10, 2014.

Soccer in the US began to take off. In the early 1980s, there were youth soccer leagues across the country.

“Pelé indeed was such an amazing player. He was such a unique athlete. But also I think we need to think of the context. It's the man in the historical context.”

Rafael Ioris is a Brazilian, Latin American history professor at the University of Denver.

“He was happening when soccer was becoming the most important international sport globally. Someone who managed his career well, went to the US at the right time, but I think that the world was more open to have someone be a star in such an important sport that was becoming internationalized, but also as a Black man, as a third world figure that could represent a different kind of image in that sport.”

In 2000, the international soccer governing body FIFA, named Pelé the player of the century alongside Argentina's Diego Maradona.

Books have been written about him. Movies have been made. And he is the inspiration for many of the top soccer stars today — in Brazil and around the world. Pelé will not be forgotten.

The Associated Press contributed to this report.